The most notable change is that the typical three-button control scheme – a mainstay of GoPro’s cameras up to this point – is now no more. On the side of the camera you’ll find a button for power and jumping between shooting modes, and there’s a shutter button on the top. The small LCD panel remains on the front and, if you do want to change settings while viewing the camera from the front, you can dive into the familiar menu by holding down both buttons together.

The 2-inch display is of a decent size but an even larger one would have been welcome, by way of removing the thick bezel around the current display. The display is nice and bright for viewing outdoors.

The menu system has been completely revamped and is more intuitive than the older, touch-based control systems of past GoPro cameras. It draws from the kind of experience that is familiar from a smartphone, with swipes in from the sides to bring in menus and options.

For example, dragging down from the top provides access to the connection settings for pairing the camera with a smartphone or Bluetooth remote control, as well as giving access to the camera preferences. You can also lock the touchscreen from here, which you’ll need to do when entering the water as it can otherwise cause accidental interactions. 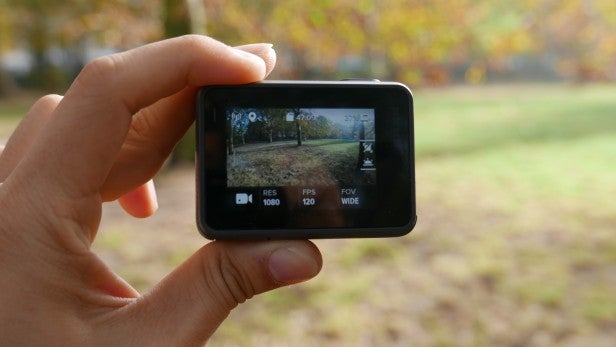 Swiping from the left of the shooting screen takes you to the gallery, where you can see all of your captured media in a grid. Tap on one to view it full-screen, or swipe left and right in a film strip. Again, all very familiar and intuitive. A swipe down at any point will take you straight back to the shooting screen.

Swipe in from the right of the shooting screen and you’ll gain quick access to context-sensitive settings, such as ProTune, video stabilisation and low-light modes. GoPro told me that its decision to make accessing the ProTune mode easier is so that users would be more likely to experiment with its settings. These offer advanced video controls such as adjusting the colour, white balance and ISO, and is a mode that many professional videographers use. 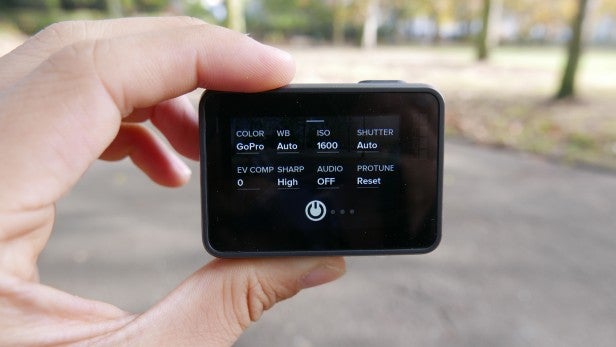 The touchscreen lets you change the shooting mode, from video to capturing stills, and to change the settings for each mode – such as the resolution or frame rate. The menus on the Hero 5 Black will become familiar within a few short minutes, being far more intuitive than having to navigate the settings on the old Hero 4 Black using the small LCD panel and three-button control system.

The only complaint I have is that actions can feel a little slow to react, and the touch detection isn’t as responsive as I’d like. On occasion this delay can contribute to a feel that a touch hasn’t registered, so in prodding again you can end up changing a setting that wasn’t your intention. The camera’s underlying operating system isn’t the swiftest in that regard.

Hopefully, this will be improved with future software updates. It’s also a little tricky swiping in from the edge especially when the camera is in its frame mount. 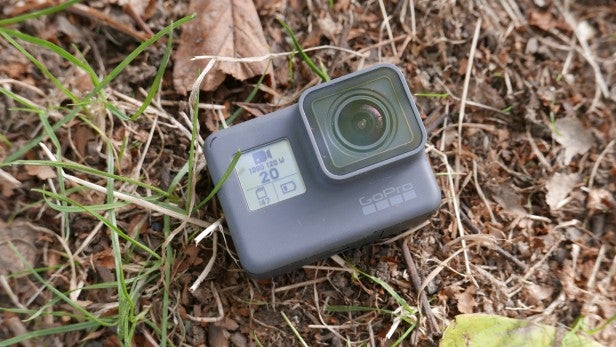 Then of course there’s the new-fangled voice controls. The Hero 5 Black is positively multilingual, understanding commands in seven languages. You can say “GoPro start recording” or “GoPro shoot burst” and the camera will act accordingly – that is if it can hear your command. I found it could struggle in louder environments, or I’d need to really raise my voice when outdoors. GoPro is releasing an optional voice-enabled remote control that will help in these scenarios, but I do wish the microphones were more sensitive.

The front LCD displays the mode you’re in and the resolution, battery life and the storage capacity remaining while recording in that mode. There’s a red LED above this to show when the camera is capturing, as well as another on the back. 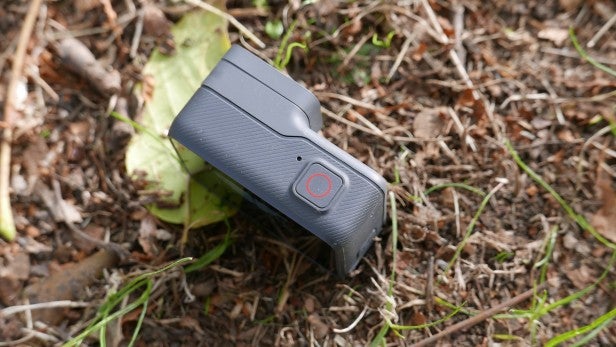 Combined with beeps, it makes it easy to determine when the camera is shooting under most circumstances. I’d still love if GoPro would add haptic feedback to its cameras, though. I’ve tested cameras that vibrate when they begin recording, and this is great when the camera is mounted out of sight, such as on a helmet, and it’s too noisy to hear a beep.

The one-button capture control makes a return, so you can press the shutter button when the camera is turned off to instantly turn it on and begin capturing video, or hold the button for three seconds to capture a time-lapse.