You can pair the Hero 5 Black with your smartphone or tablet over a combination of Bluetooth and Wi-Fi. The Bluetooth connection allows the Capture to remotely power on the camera – it stays connected in a Bluetooth Low Energy mode – while controlling the camera and transferring footage happens over a direct Wi-Fi connection. 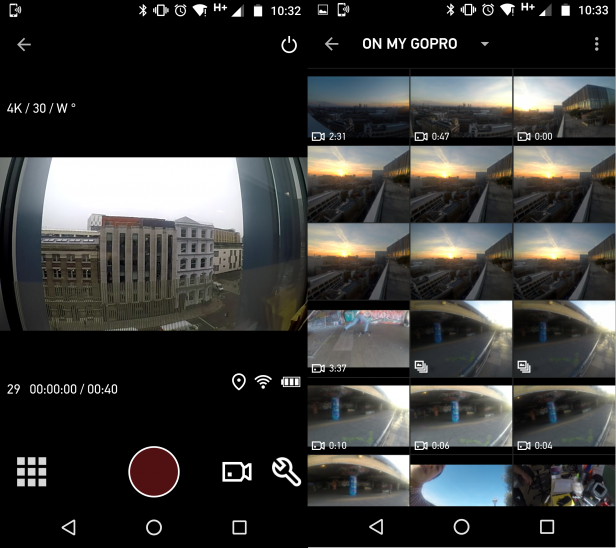 While everything works reliably, it isn’t quite as quick to connect and pair as the Yi 4K Action Camera, which was by far the most seamless experience I’ve had with an action camera.

The app is intuitive to use and you can easily select images and videos to save to your smartphone or tablet for editing or sharing. You can also grab still images from video, which is particularly great when you’ve shot in 4K, as the resulting stills are high resolution.

The live view is superb when you can’t use the touchscreen display on the camera, and there’s only a slight delay between what the sensor captures and what you see on your screen – although I’d say it felt a little slower than the Hero 4 Black. You can also change settings through the app.

Editing and sharing footage has always been a problem with GoPros – and all action cameras, really. We all amass lots of video and photos that we don’t necessarily know what to do with. GoPro wants to make this easier with its apps, Quik and Splice. The latter is only available on iOS. Both apps came about through acquisitions by GoPro, so editing is a big part of the company’s strategy in making capturing memories on a GoPro a tempting prospect.

The Quik app lets you import video and still images, and the app will churn out an edited video with intelligent cuts to predetermined music, including fancy transitions. You can pick different styles, filters and music to your taste. 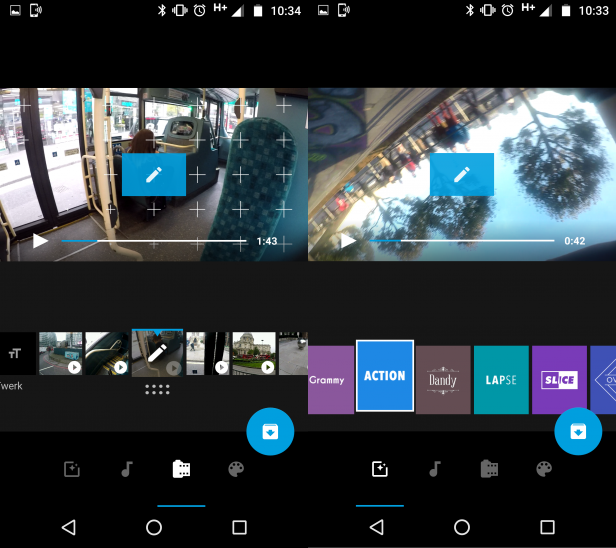 It’s a super-quick way to knock out a shareable video, and it works really well – although the “smart” cuts aren’t always the smartest. It also means a lot of very similar videos – like when Instagram shots all used the same filters, giving all images a samey feel. Still, the app options offered by GoPro far surpass anything from other manufacturers. You can see a few example edits further down the page.

Of course, if you’re more comfortable editing your own video using whatever suite you’re familiar with, then that’s an option too. One reason to use GoPro’s own Quik for desktop software is a new update that allows it to make use of the GPS information captured by the camera. In a similar move to rivals such as TomTom, you can now overlay telemetric data over your videos, such as speed, distance, altitude, elevation, G-force and GPS path.

This is a significant update because previously all the GPS was used for was geotagging the location of any still images captured on the GoPro. Now with actual use of the telemetric data, it not only provides an extra layer of information but also data you can analyse if you’re involved in sports such as skiing or snowboarding. 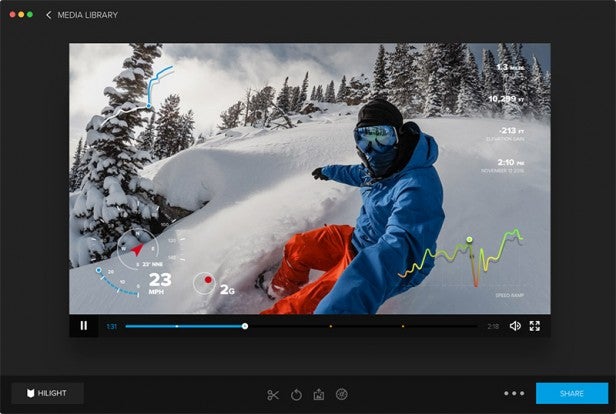 The app will let you pick and choose what information you want displayed, as well as move and resize it according to your video.

With a recent update to its companion app for iOS and Android, alongside a software update to the GoPro Hero 5 Black itself, GoPro has introduced something called QuikStories. Think of this as GoPro’s take on Instagram Stories merged with a little of Google Photo’s automated video creation.

Now when you fire up the GoPro app, it’ll take any new content it sees on your camera and generate a highlights video without any user input. If you want to make some tweaks, you can, but the idea is that within seconds you have something you can share on your social platform of choice.

Really, the only new part is the app choosing the content for you, otherwise you could always have done this more manually through the Quik app separately. But in terms of removing one of the hurdles, it’s a great new addition to salvage all of that content that otherwise would sit unloved on your memory card.

The Hero 5 Black’s sensor has the same capabilities as that on the Hero 4 Black. That means it tops out at 4K resolution capped at 30fps. Dropping down to 1080p and you can go to 120fps or down to 720p at 240fps for super-slow-motion video. This is all par for the course for GoPro’s top-end cameras.

The main addition is that previously mentioned electronic image stabilisation. This only works up to 1080p at 60fps. Anything higher, either in resolution or frames per second, and the mode is disabled. Fortunately, 1080p at 60fps and below will serve most shooting scenarios more than adequately. The EIS is something you’ll want to use for any footage that’s prone to camera shake. 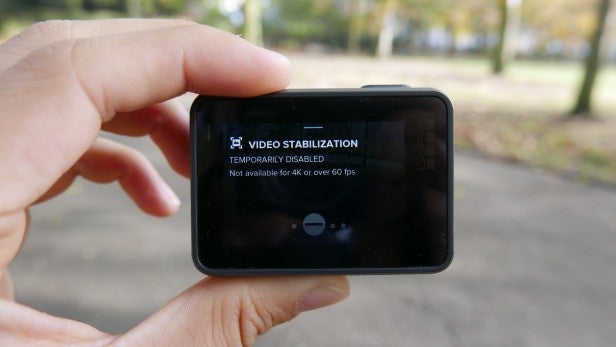 It isn’t without a cost, though: since the shake compensation is achieved in the software by cropping into the image to negate the camera movement, you’ll lose about 10% of the frame. Regardless, the effect was noticeable when shooting some handheld footage whilst walking at 4K, and then at 1080p with EIS enabled. The resulting footage was much smoother and less nausea-inducing with EIS engaged – although it can feel a little floaty at times.

The Hero 5 Black’s image quality is as great as that produced by the Hero 4 Black, with plenty of crisp, sharp detail. Colours are vibrant and there’s no noise when served with ample lighting. Chromatic aberration is well controlled and exposure is spot on most of the time.

Sound quality on the Hero 5 Black supersedes that of the Hero 4 Black in its case. The microphones are able to pick up far more sound, and the wind reduction does a great job at capturing usable audio – and on the whole does much more to add to the immersion of your video.

Still image photography is a big part of the Hero 5 Black. More people are using GoPros as still cameras due to their waterproofing functionality and small size. In fact, the winning shot from the Wildlife Photographer of the Year awards at London’s Natural History Museum was shot on an older GoPro, which was quite the coup. 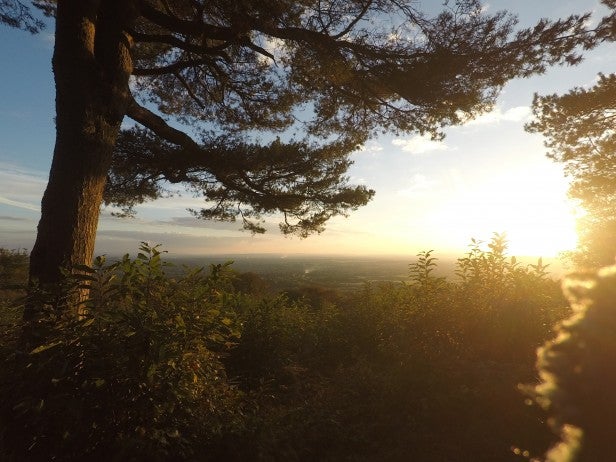 The Hero 5 Black captured plenty of detail across this tricky scene. Un-edited straight from camera.

To bolster the Hero 5 Black’s photographic capabilities, GoPro has added RAW support, so you have far more data to play with when it comes to the post-processing of your images. Then there’s a Wide Dynamic Range mode, which is essentially HDR. This will help you capture more detail across the highlights and shadows. 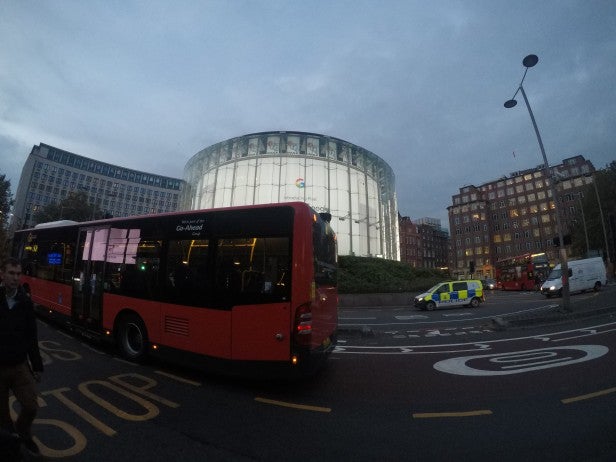 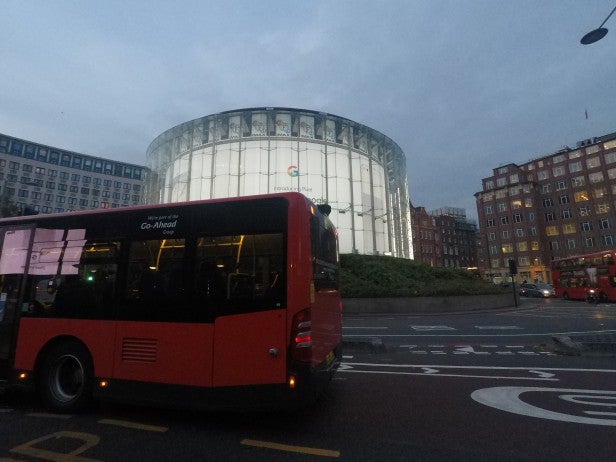 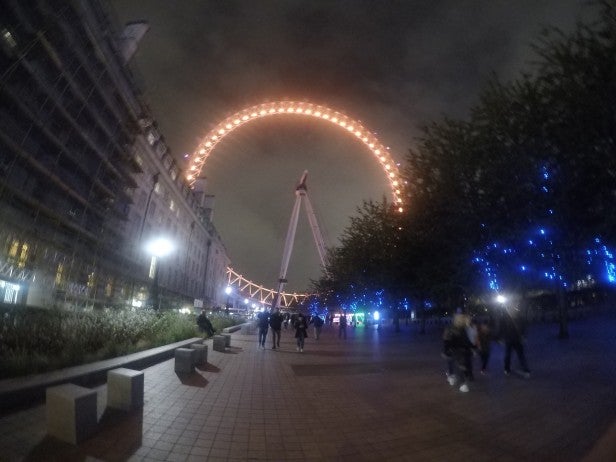 Low-light shots are well managed, although there’s some noise as expected

You can also shoot images in a new Linear mode, which corrects the barrel distortion of the wide-angle lens. This results in more natural-looking images, which are free of the curved lines associated with wide-angle lenses. Again, colours and details are great, and you can achieve even better results if you take the time to shoot in RAW and apply a bit of processing thereafter.