What is the Sony HDR-AS50 Action Cam?

Sony’s Action Cam range is pretty diverse, ranging from the entry-level AS20 all the way up to the 4K-capable X1000V. The HDR-AS50 sits just above the former, but it’s still firmly at the cheaper end of the line-up.

For just £179, though, you get all the functionalities needed by all but the most hardened adrenaline junkies and videographers. It packs in 1080p/60fps video, waterproofing to depths of 60m, and electronic image stabilisation, making it a versatile entry-level action camera.

Related: Best cameras you can buy

Contrary to GoPro’s distinctly rectangular action cameras – or cubic in the case of the GoPro Hero Session  – Sony’s Action Cam designs have long bodies that more resemble a traditional camcorder.

It means that, face-on, Sony’s Action Cams are slightly more streamlined. This also means hand holding the camera feels a little more ergonomic, as you can grip the body more easily. Chances are that you’ll be mounting the AS50 more often than holding it, however.

Outside of its waterproof case, the HDR-AS50 weighs 83g – not quite as feather-light as GoPro’s Hero Session (74g), which also has the advantage of not requiring a waterproof case. 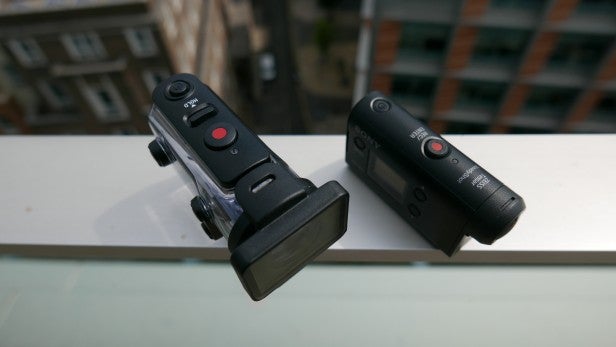 The waterproof case adds a considerable amount of bulk

Throw it inside its decidedly chunky waterproof case and the HDR-AS50 weighs closer to 180g. It’s considerably more resilient to the elements with this addition, however, and will survive depths of 60m for up to 30 minutes, as well as becoming shock-proof and dust- and sand-resistant.

Along the side of the camera you’ll find a small LCD screen used purely for changing settings. You’ll need to pair with the companion Sony PlayMemories Mobile app for iOS and Android or opt for the separate Sony RM-LVR2 wrist-based remote control (around £120) if you want a live view for composing your shots.

Changing settings and shooting modes is intuitive and you quickly get the hang of the camera’s menu system. There’s the option to turn on one-button recording, so you can power on the camera and begin recording just by hitting the Record button on top. 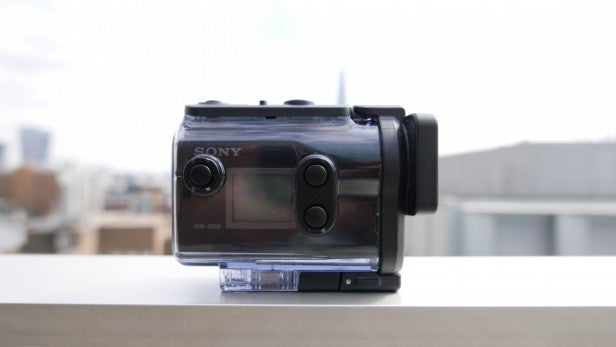 The camera can also be set to provide audio feedback when recording begins, but the case muffles this significantly so you may well miss it. A red LED on top indicates an active recording, but I would’ve liked a second LED on the front of the camera as well.

The HDR-AS50 is supplied with a basic adhesive mount, so you might need to consider the added cost of buying extra mounts. The camera has a standard 1/4-inch tripod thread on its base for attaching the optional Sony mounts. You can also buy an inexpensive GoPro adaptor, which opens up your accessories options considerably. 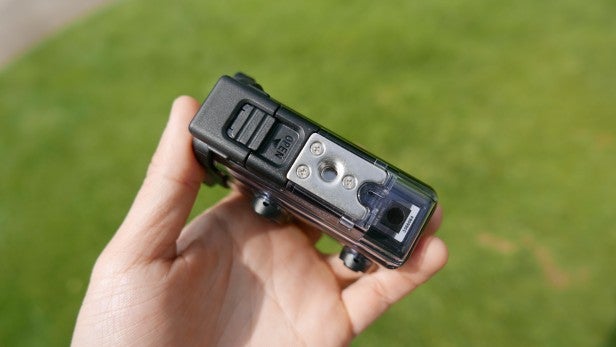 For connections, there’s just a Micro USB port used for charging and connecting the camera to transfer your footage to a computer. There’s no way to directly output to a television, nor connect an external microphone. Storage is handled through either microSD or Sony M2 memory sticks. The former are considerably cheaper. As the camera supports two different storage formats, you need to make sure you insert them the right way round as it’s possible to insert a microSD card backwards. 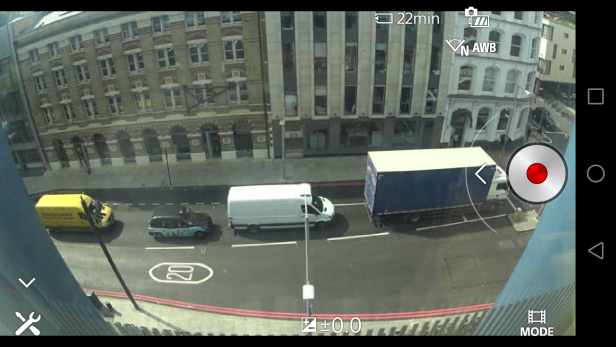 You can pair the camera with the aforementioned PlayMemories Mobile app through Wi-Fi and it’s generally a straightforward process. Each camera has a unique Wi-Fi password, so you’ll need to check the manual or connect the camera to a computer to find it, which is a little annoying. There’s also Bluetooth that lets you remotely switch the camera on and off through the app. 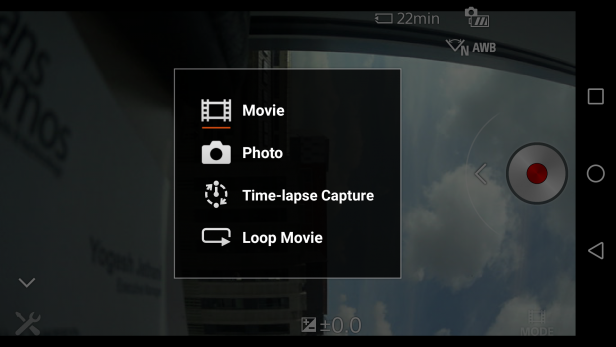 As for using the app as a live view, it’s a pleasant experience. There’s minimal lag or delay, and the app makes it easy to change settings and shooting modes. There’s also a separate Sony Action Cam app that lets you edit your footage. It works well enough, but it isn’t as straightforward as GoPro’s Replay app for speed of knocking together a half-decent cut.