What is the Gigabyte Aorus X7 v2?

This gaming notebook doesn’t bear the familiar Gigabyte logo anywhere on its impressive chassis, but that’s the name behind the unfamiliar Aorus brand. This is the second version of its X7, and it’s one of the only gaming laptops we’ve seen to choose two graphics cards rather than one.

The pair of GPUs – and a bevy of high-end components elsewhere – means a high price. At £1,750 the X7 is one of the priciest gaming notebooks we’ve seen recently: competitors like the MSI GT70 are hundreds of pounds cheaper, and the extravagant Alienware 17 is barely more expensive. 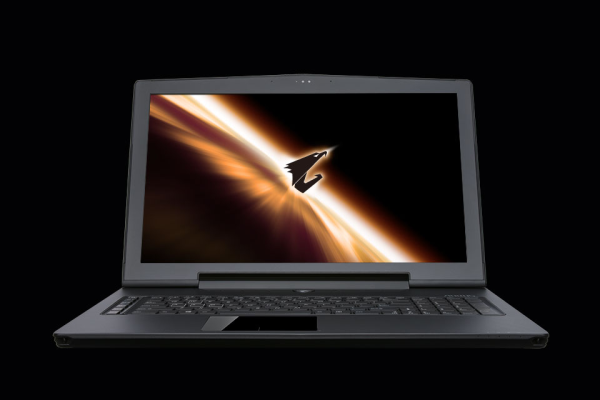 The X7 isn’t a reinvention of the gaming laptop – it’s an obvious evolution of the type of machine we’ve seen rise in prominence over the past few months. It’s still made from aluminium, and it’s got the matte black finish that’s found on most rivals, but just it’s 24mm thick and weighs 3kg.

Those statistics impress when compared with rivals. The Alienware 17 has laboured along with the same chassis for the past couple of years, and it’s twice as thick and more than a kilogram heavier than the Aorus. The Asus G750JX is even bigger than the Alienware, and the MSI GT70 2PC Dominator is 55mm thick and weighs 3.9kg.

That makes the Aorus the slimmest and lightest 17in gaming notebook we’ve ever seen. That’s a boon for people who want to lug this laptop to friends’ houses or LAN parties, although it should be noted that it’s still a sizeable device – its impressive slimness is counteracted by a 427mmm width, and its 3kg weight is still twice as heavy as most Ultrabooks. 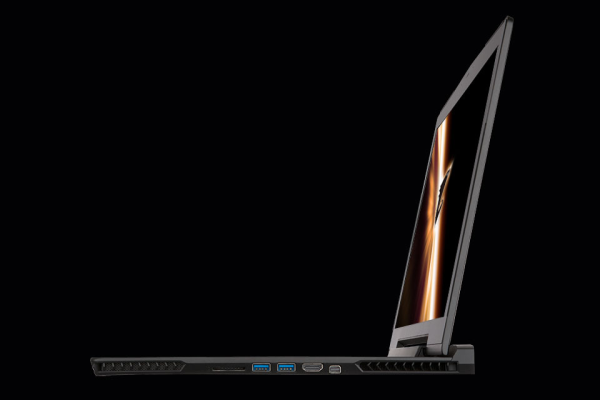 The slim, light design means that build quality suffers. The base is rock-solid – perhaps because there’s just no room for air inside – but there’s definite movement in the underside. The screen is worse, with display distortion when the middle is pressed, and similar distortion around the edges of the screen when the panel is wiggled from side to side. We’d buy a sleeve to keep the Aorus protected.

One area that hasn’t evolved is the aesthetic, which retains the brooding feel of many rivals. The base is a slab of matte metal, and the lid is just as dramatic – a swathe of black, with a silver logo in the middle. The lid tapers to a metallic point, and the rear has a couple of vents surrounded by dramatic angles that almost look like car exhausts. The power button above the keyboard lights up, but there’s no sign of the Alienware’s numerous, customisable lights. 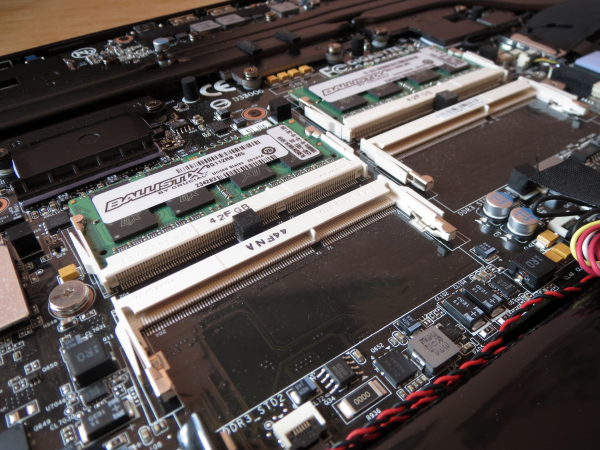 Getting inside the Aorus was tricky thanks to eleven tiny Torx screws that required a specialist screwdriver, but the interior is impressively laid out. The centre of the board serves up two free memory sockets, and the three SSDs, hard disk, battery and Wi-Fi chip are all easily accessible. The GPUs and CPU can be accessed simply, too, which is handy for cleaning – the intricate heatpipe and fans are labelled with numbered screws.

The edges are similarly versatile. Gigabyte provides three USB 3.0 ports, two USB 2.0 connections, an SD card reader and Gigabit Ethernet, and there’s an HDMI port alongside DisplayPort and D-SUB. There’s also a Surround Port, which can be used with Nvidia Surround – which means three screens, and a potential top resolution of 5,760 x 1,080.

The Aorus has a 17.3in non-touch matte panel, which means it’s off to a good start, but benchmark results highlight big issues. The measured colour temperature of 8,161K is a long way beyond the 6,500K ideal, and it means that this screen is far too cold – a trait that we noticed as soon as we turned this machine on and noticed images that looked bleak rather than intense.

That’s not the end of this screen’s problems. The 319 nit brightness level isn’t far behind the Alienware, but the 0.49 nit black level is worse. We couldn’t distinguish several of the deepest black shades on our test charts. The contrast ratio of 651:1 is average and this effects colours across the board.

The average Delta E of 7.04 is just as disappointing, although the Alienware and MSI machines were similarly bad in this regard.

The cold, clinical screen doesn’t hamper grittier games, but other gaming notebooks have better quality throughout. The Alienware and MSI machines are both brighter, with better contrast ratios, colour temperatures and black levels – we’d prefer either of those. 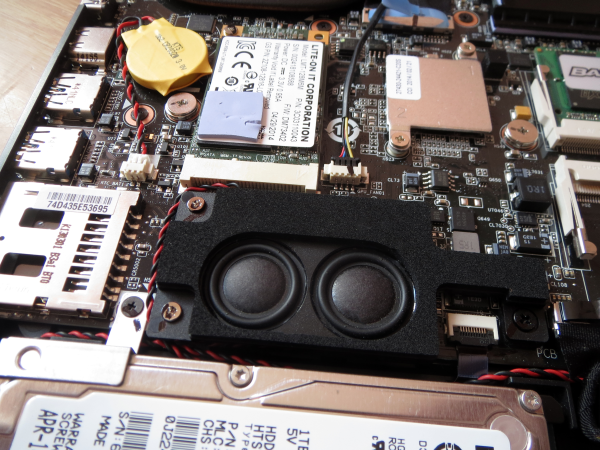 Gigabyte makes a big play of the audio kit inside the Aorus, which consists of two tweeters and a pair of sub-woofers.

The Gigabyte’s output was better-balanced than the speakers inside the Alienware, which had huge volume but little quality. The two sub-woofers give the Gigabyte reasonable bass punch, which helps accentuate the rumbling, low notes used in many games.

The mid-range is crunchy withdecent depth, and the only real disappointment is the tinny high-end. We’d always recommend a headset but, at a push, the audio kit inside this machine is good enough for games – bassy but balanced, and with good volume.