This monster gaming laptop has one significant advantage over a host of hefty rivals: Nvidia’s GeForce GTX 870M. It’s a brand-new GPU that’s got some of the highest clock speeds we’ve ever seen from a mobile graphics core, and the rest of the MSI’s specification is just as impressive – a quad-core processor, an SSD, plenty of RAM and a 17-inch screen.

The GT70 is no Ultrabook. It’s one of the heaviest and thickest laptops we’ve heaved onto our test bench, and it’s got all the hallmarks of a gaming system – a high-end keyboard, optimised audio gear, plenty of flashing lights and an eye-catching, illuminated logo. But this is no exercise in window dressing because the GT70 delivers performance where it matters and at a price that’s not ridiculous. 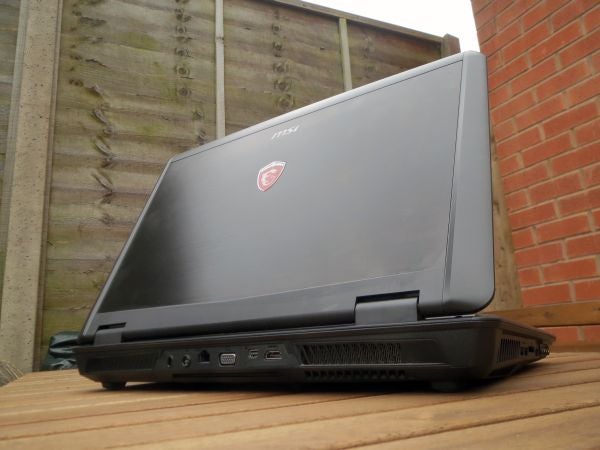 The GT70 isn’t exactly subtle. Its body is 55mm from top to bottom at its thickest point, with rubber feet that add four more millimetres, and it tips the scales at 3.9kg with an extra 500g for the power brick. That’s thicker and heavier than the Alienware 14, and on a par with the Asus G750JX; the MSI is fine for lugging from room to room, or schlepping to LAN parties, but it’s hardly ideal for a regular commute.

The MSI’s traditional design also means it’s got loud looks. It’s made from a combination of plastic and aluminium, which means brushed metal on the lid and wrist-rest and glossy plastic elsewhere. It’s got sharp angles, big vents, flashing status lights, a colourful backlit keyboard and an illuminated logo on the lid. This is a machine designed to make statements as well as break benchmarks, and it stands out among its rivals: it’s flashier than the Asus, but it’s not quite as coherent as the Alienware, which is matte throughout and is overloaded with colour-coordinated lights. 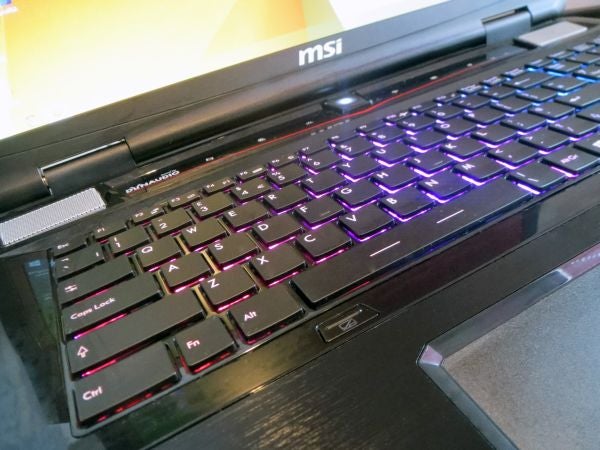 It’s also got strength that will withstand being lugged around. The base and wrist-rest are both robust, with no give in the former and the tiniest hint of depression in the latter. The monitor’s rear can be flexed a little, but the panel’s enclosure is so thick that there’s no sign of on-screen distortion.

The port selection is broad. The right-hand edge has two USB 2 ports and a DVD writer, the left-hand side serves up three USB 3 connectors, a card reader and four audio jacks, and the back edge has Gigabit Ethernet, and a trio of display outputs: HDMI, mini-DisplayPort, and D-SUB.

Killer Networking is used for connectivity, with this specialist hardware deployed for both the dual-band 802.11n wireless and Gigabit Ethernet connections – it’s designed to prioritise game traffic for a smoother experience. There’s also Bluetooth 4.0. 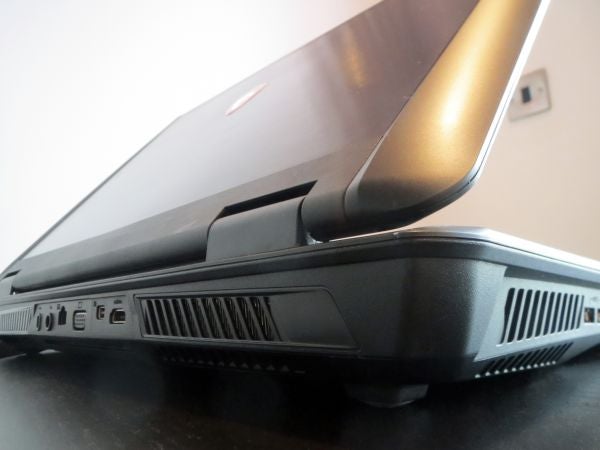 The MSI’s panel ticks the right boxes for gameplay: a 1,920 x 1,080 resolution, a matte finish, and no touchscreen layer.

The screen is made from TN hardware, but don’t let this lure you into believing not up to the task. Its brightness level of 343 nits is great – better than the Alienware’s 276 nits – and the black level of 0.29 nits is similarly impressive, which means plenty of depth to the darkest shades. The contrast ratio of 1,191:1 is top-tier, even if it can’t quite match the Alienware’s stunning 1,425:1 result.

The high brightness and contrast means colours are punchy and vivid, but they could be more accurate. The temperature of 6,760K is better the Alienware, but the Delta E of 7.2 can’t match the more accurate 4.66 result from the rival notebook. This isn’t a huge deal for gaming, but budding photographers should take note.

Overall, the MSI has one of the biggest, brightest and best screens on any gaming laptop, but it’s not without issues. The deepest shades of black are crushed together, which means there’s not enough distinction at the very bottom of the colour range, and the matte layer adds a little too much grain for our liking. 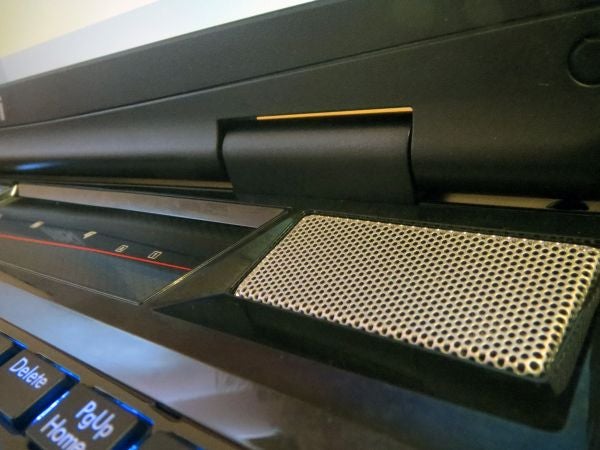 Audio comes from Danish firm Dynaudio, which has optimised the two speakers and single subwoofer. It’s done a good job, with crisp high-end and a punchy treble that sits proud from the rest of the range without becoming dominant. Bass is present, thanks to that subwoofer, which lifts the MSI above many tinny rivals – but, if we’re being picky, we’d prefer a little more oomph to the low-end. The GT70’s audio kit has the punch to make games sound suitably brawny, and it’s also has more than enough volume to fill a room.

Used as our main laptop for the review period
Tested for at least a week
Used consistent benchmarks for fair comparisons with other laptops
Reviewed using respected industry benchmarks and real world use
Next
MSI GT70: Performance and Battery Life Review