Despite only launching a few months back, the Nintendo Switch has already built an impressive library of titles. Stellar first party exclusives, neat little indies and unexpected ports all populate the system. Fate/Extella: The Umbral Star occupies the latter category, bringing over the PS4 and Vita experience from 2016 with relative ease.

Based on the popular series of anime and visual novels, Fate/Extella is massively daunting at first. You are dropped into a world filled with characters and terms you’re expected to know, many of which I’d never heard of. Luckily, the dialogue and characters are full of charm. This made it easy to align myself with their motivations, regardless of how outlandish the entire situation ended up being.

The Umbral Star takes place following The Holy Grail War, an encounter chronicled in Fate/Extra, the series’ previous installment. Taking place in a cyberspace inside the Moon Cell Automation Computer, you and a group of misfit heroes must battle to obtain mysterious rings known as Regalia. It’s all very confusing, and follows the unabashed silliness you’d expect from such an anime-infused adaptation. 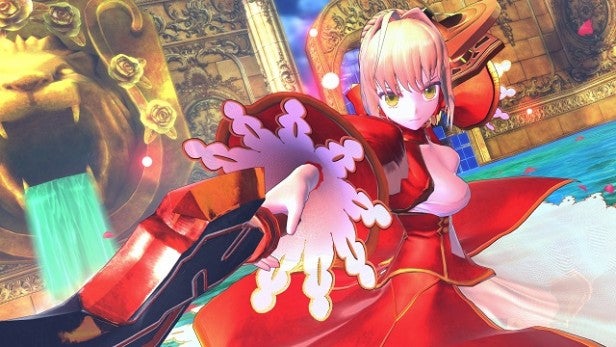 At its core, The Umbral Star plays almost exactly like Dynasty Warriors. You’ll roam across vast, colourful battlefields fighting hundred upon hundreds of copy and pasted enemies. Taking over territory and completing objectives is the key to victory, which unfortunately grows stale after a few hours.

It’s worth noting that I’m not a hardcore fan of the Fate series, so many of the characters and locations were potentially lost on me. During battle you play as warriors known as servants, many of which are recognisable faces to fans with their own distinct personality and quirks.

There are 16 in total split into 8 distinct classes, all of which can be upgraded and customised to your liking. There is a staggering amount of depth to be found here, it’s just a shame that the template it resides in feels wafer thin at best. On normal difficulty, so long as I followed objectives, it was easy enough just mashing buttons, and Umbral Star seldom provides an incentive to learn long-winding combos.

Having to marvel at repetitive animations and ham-fisted voicelines as you tear through the same horde of bland enemies is fun for a moment, but eventually devolves into an arduous game of cat and mouse as you dart across the map desperately defending objectives. Even when taking into account the oodles of clever fan-service in Fate/Extella, it still doesn’t feel that entertaining to play.

Aside from the solo campaign, awash with Japanese-dialogue-only cutscenes, you can also partake in side missions to increase your Bond Level with specific servants. By doing this you can essentially make them more powerful with elemental and stat-focused abilities. I found this to be a nuanced way of maintaining my attention after each skirmish, as well as incentivising the need to experiment with different servants. 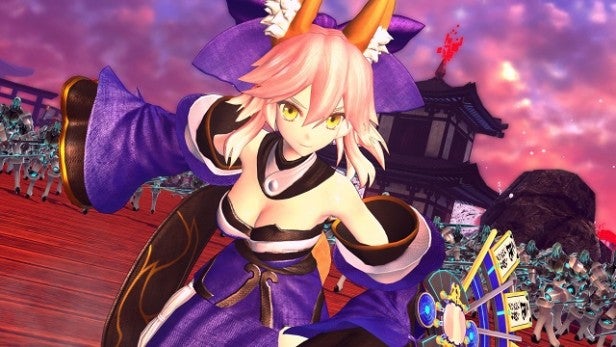 The Umbral Star’s story is told from the perspectives of Nero, Tamamo no Mae and Altera. After a bit of research I discovered this trio are prominent players in the anime and visual novels. They’re a lovely bunch you can befriend, romance and even dress in scantily clad outfits. Because of course you can.

Dressing up your servants and having brief conversations with them is a relaxing bit of downtime between trouncing thousands of generic bad guys. Many of the dialogue options are fun and creative, a far cry from the transparent combat you’ll spend much of your time trawling through. Plus, I’m a sucker for any game that lets you dress characters up in cool clothes.

You can also craft new equipment using currency obtained during battle. These each represent a unique loadout with differing abilities and bonuses. For example, some may provide you additional health kits while others can summon an ally to fight alongside you. It’s a cool mechanic, but once again, is hampered by the core combat’s unfortunate simplicity. 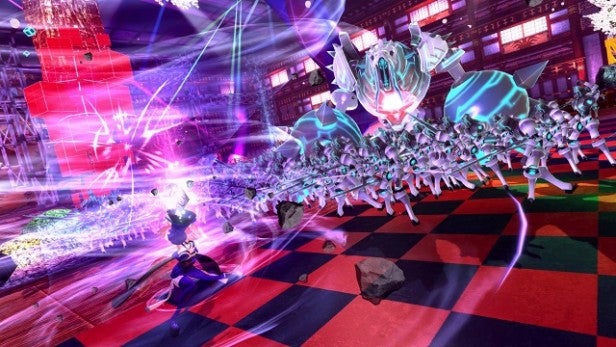 Don’t worry about The Umbral Star lagging behind on Nintendo Switch, as it runs like an absolute dream. I played mostly in portable mode, which offered solid performance. It’s not a particularly stunning game, but emulates the iconic anime art-style competently enough.

Fate/Extella: The Umbral Star is a competently crafted hack ‘n’ slasher that suffers from the same issues of repetition as its contemporaries. While making attempts at customization and depth, the core combat never rises to the challenge to match it. For hardcore fans, there are oodles of playable characters and plotlines waiting to be discovered. For others, there are better games out there.