Almost 10 years on from its initial release, console gamers in the West are still waiting for a sequel to the beloved tactical RPG Valkyria Chronicles. Yes, two appeared on the Sony PSP – Valkyria Chronicles 2 and Valkyrie Chronicles 3 (the latter in Japan only) – but those who prefer to do their gaming on a big TV have been left wanting more.

So you can imagine the excitement when it was announced that Valkyria Revolutions, with its anime art style and similarly historically inspired setting, would be coming to the West on PS4 and Xbox One. Finally, couch-bound controller-wielders were to get the Valkyria sequel for which they’d waited so long.

Except, here’s the thing: Valkyria Revolution isn’t a sequel to Valkyria Chronicles. It’s a different type of game entirely, bearing only a few superficial similarities with Chronicles, as well as a whole pile of issues that make it hard to describe as anything other than a major disappointment. 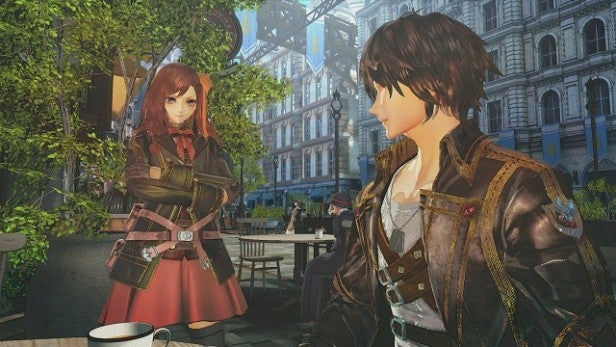 On the surface, a lot appears the same. Both Chronicles and Revolution are set in a fantasy world inspired by historical Europe: Chronicles being based on World War II; and Revolution, more loosely, on the Industrial Revolution. The bulk of both games are made up of squad-level tactical battles, but these are interspersed with important background-building sections back at base, in which relationships between the characters develop, technology is researched, new abilities are acquired, and the story is advanced through cut-scenes and dialogue.

But where Chronicles uses the novel turn-based BLiTZ system for battles, Revolution opts for real-time combat. Battle becomes melee brawls, with the player able to pause at points to use special abilities or items, or assign orders to the (usually AI-controlled) teammates.

We’re in action RPG territory, essentially. As with Dark Souls or Bloodborne, here you’re able to lock your camera to a target or move it around freely, as well as block, roll or quickstep to avoid damage. But that’s where the comparison with FromSoftware’s masterful games ends.

Combat in Revolution is a criminally dull, scrappy affair, in which you either spam the enemy with your single melee attack combo – which can only be used once a timer has filled – or use special weapons, items and magic-like “ragnite” abilities to either damage or degrade the enemy, or buff you and your teammates. 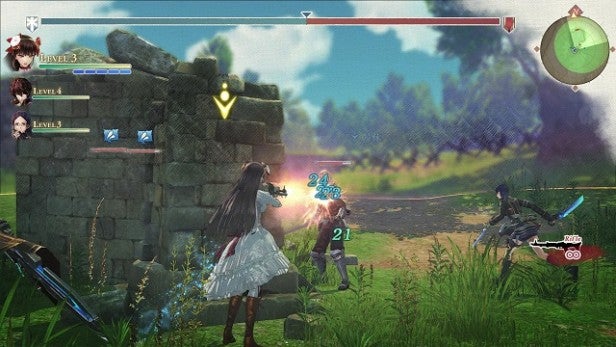 With up to four members in your squad, it’s possible to have some variety in these abilities  – there are four character classes, with certain ragnite talents being limited to certain classes. However, the rest of the gameplay features – cover, stealth, the armour you build or buy and the “potential” modifiers that either boost or reduce your abilities depending on certain contextual cues – seem to be little more than window dressing. They’re there, yes, but they have so little discernible effect as to feel tokenistic; you might as well ignore them.

The levels in which your brawls take place are mostly forgettable, often having only one viable route plus a number of optional areas where you might discover bonus items, or an enemy base to capture in order to gain more rewards at the end of the mission. I found myself avoiding these objectives, trying to finish the levels as quickly as possible in order to get on with the rest of the story – not a good sign when this is supposed to be Revolution’s meat and potatoes.

The tactical gameplay that made Valkyria Chronicles so compelling has been crushed under the wheels of an awkward real-time system that simply isn’t enjoyable or engaging. In its medium difficulty setting – the only other choice is “easy” – the game is generally a breeze: charge at the enemy, hit them until they die, move on and repeat with the next group until the level ends.

The only truly challenging encounters are the special boss fights – and often then the challenge is staying focused through a seemingly interminable slug-fest with an enemy whose stamina bar depletes far too slowly. 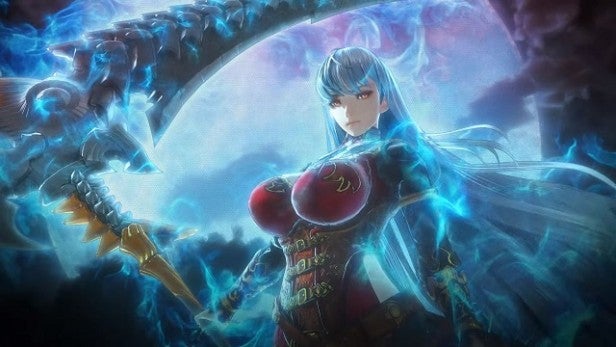 If one of your minor characters does fall in battle, they’re gone permanently (major cast members have the famed plot armour in their inventories, though). No problem with that on the surface, but the cut-scenes have been created in such a way that dead characters still pop up, albeit in a greyed-out “ghost mode” to illustrate the fact that they’re actually, well, dead. To call it immersion-breaking would be something of an understatement.

Speaking of cut-scenes, they’re frequent, long and stiffly animated. It isn’t a winning combination, and you’ll likely find your attention drifting away as characters reiterate a point made over and over in previous cut-scenes, or go off on a florid tangent about some aspect of the game’s world or history. In Chronicles, these diversions felt like enjoyable world-building – but here, they feel OTT; and there are even extra optional cut-scenes, should you wish to sit through even more of them.

The game’s story is reasonably interesting. In fact, despite the outdated graphics – which are PS3-grade – the presentation is quite appealing, and the music is suitably stirring and framed by a neat device: these are 100 year-old events being recounted by a history professor. Were the cut-scenes a little more dramatic, pacy and concise, the plot could be Valkyria Revolution’s saving grace – but like a lot of aspects of this game, it ends up being a disappointment. 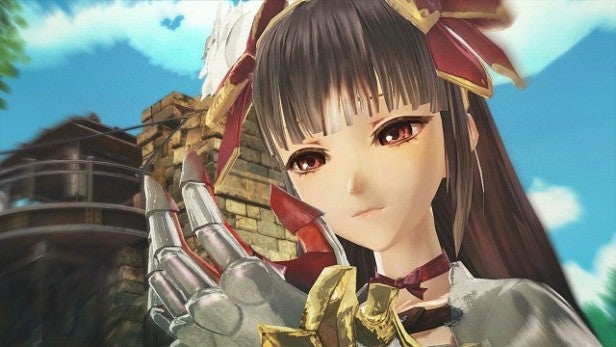 Valkyria Revolution is a mediocre game, wearing the clothes – or, some might say, riding on the coat-tails – of a far superior predecessor. It’s no exaggeration to say that the HD remake of Valkyria Chronicles for the PS4 (a 2016 rehash of a 2008 game) is also far prettier than Revolution.

It isn’t clear why this real-time game was created at all, when the world would be far happier with another BLiTZ system title. It makes it tough to recommend, even for a Chronicles aficionado, because the other things that went into making the earlier game so enjoyable – a jaunty alternative history/fantasy plot populated by an interesting bunch of characters – feel half-baked here. Everything, from gameplay to graphics to the storyline, is worse.

It isn’t a total disaster, I suppose – there are no major technical issues and what plot there is at least remains vaguely true to the spirit of earlier Valkyria games – but it’s difficult to think that anyone would find this game truly enjoyable.

It’s time for Sega to pull its finger out and get round to making a truly worthy successor to Chronicles.