Dr Kawashima's Brain Training for Switch doesn't feel suited to Nintendo's latest portable, with the awkward use of the stylus and flimsy handwriting recognition sapping the joy from sharpening your smarts. There's still plenty of fun to be hand with the brain-teasing puzzles, but limited content ensures this is a far cry from the Nintendo DS original

It was a massive success on the Nintendo DS, having people of all ages adding up sums and solving perplexing puzzles in a bid to hammer down their ‘brain age’. Brain Training was a perfect fit for the dual-screen portable, and arguably made more use out of the stylus than any other title. But for Nintendo Switch, the marriage between software and hardware feels like a mismatch.

The main reason for this is the requirement of the stylus. Nintendo bundles one in with the physical copy, but with nowhere to store it on the Switch, it’s destined to be lost down the side of your sofa.

Since Brain Training encourages daily bite-size sessions, it’s best bought as a digital download than a physical cartridge – but then you’ll have to purchase the stylus separately, which is not only inconvenient but also drives up the price by £6.99. Just thinking about the logistics alone is likely to age your brain.

There are some advantages to playing Brain Training on a Switch opposed to a DS, as select tests utilise the Joy-Cons’ IR sensors to detect how many fingers you’re holding up, or whether your hand is curled up into a fist. This allows you to answer maths questions with your digits or even play a round of Rock, Paper, Scissors. 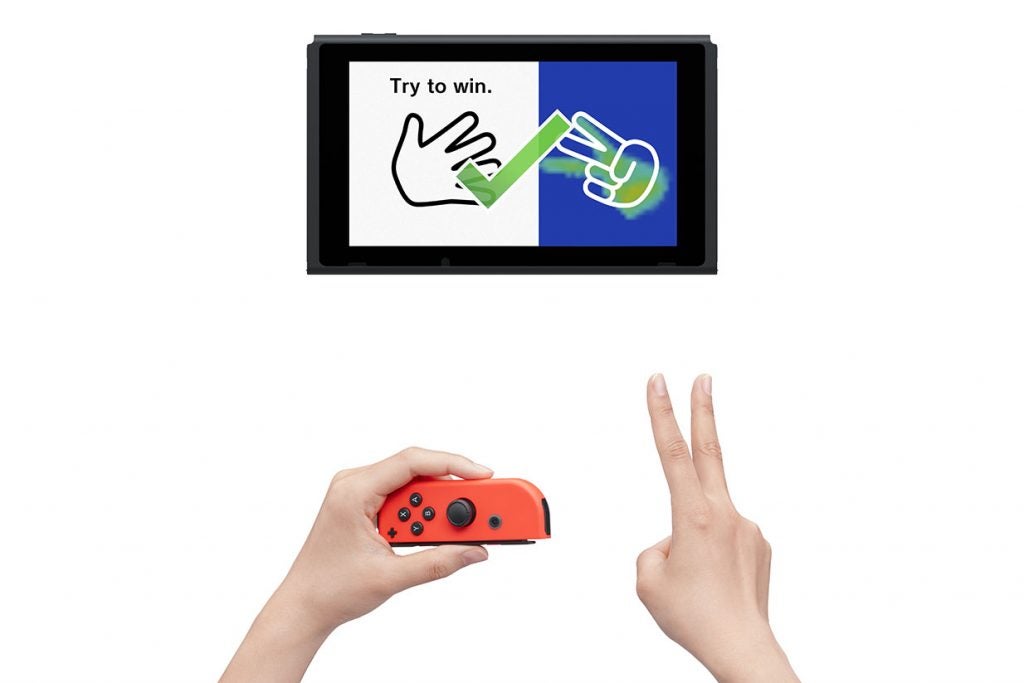 Such a feature is hardly a game-changer, with the stylus a more preferable method of input, but it’s still a nice addition that adds a bit more variety – mind, such features won’t work on the Switch Lite.

Using the stylus isn’t a perfect solution though. While it works perfectly fine for sketching lines and hitting targets, with seemingly no input lag, the handwriting recognition is sketchy at best. The software is very fussy in how you write numbers and letters, and will reject your answer if you don’t adhere to its strict rules.

I frequently struggle to have my 4s, 5s and 7s accepted, which proves very frustrating when i’m trying to speed through a Calculations test to beat my personal best. I genuinely believe my handwriting has been more of a handicap to lowering my ‘brain age’ score than my own brain power – at least that’s what I tell myself after discovering I have a 60-year-old brain. 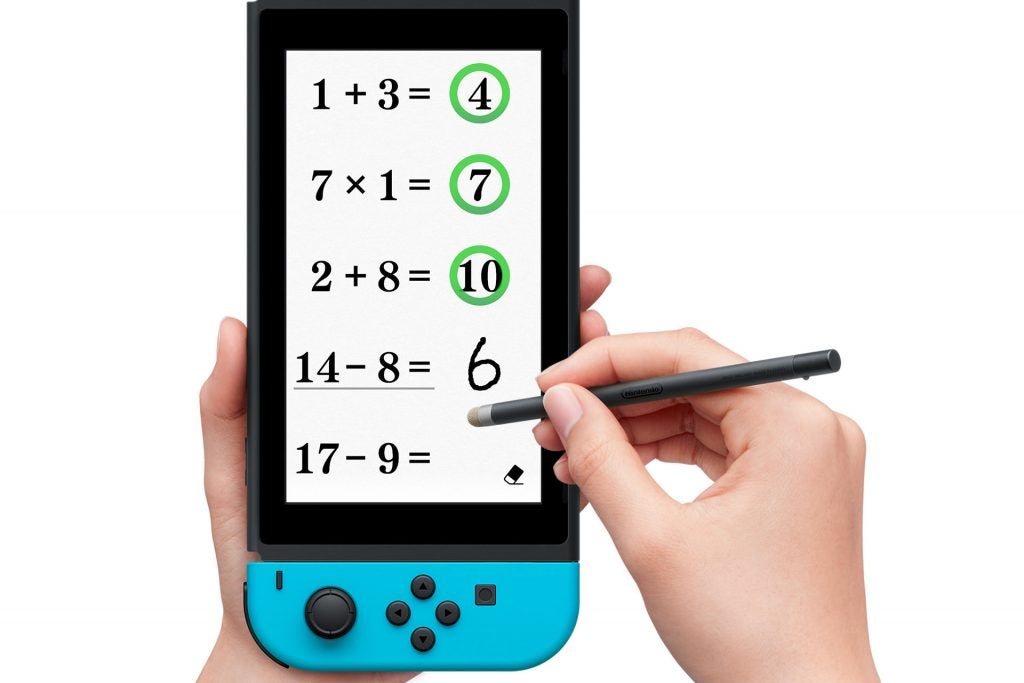 Still, the addictive fun of attempting to lower your brain age all the way down to 20-years-old is just as potent as it was on the Nintendo DS 15 years ago. Training exercises range from short-term memory tests to solving anagrams, with plenty of variability to sharpen your brain on all fronts.

While the quality of the Brain Training tasks are high – aside from counting up to 120 out loud, which is an utter bore – the quantity of mini games is underwhelming at 13. This isn’t helped by the fact you have to unlock the majority by playing Brain Training a specific number of days. I appreciate Nintendo is trying to implement an incentive to return every day, but rehashing the same four or five tests daily quickly becomes tedious – I’ve done enough maths calculations in one week to merit another GCSE certificate.

For this reason, I’m sceptical of the long-term appeal. The online features at least provide an extra motivation to get the best scores possible, displaying your results in a league table so you can compare your brain power with friends and family. Don’t worry if you’re self conscious about your results, as you can disable sharing in the settings menu. 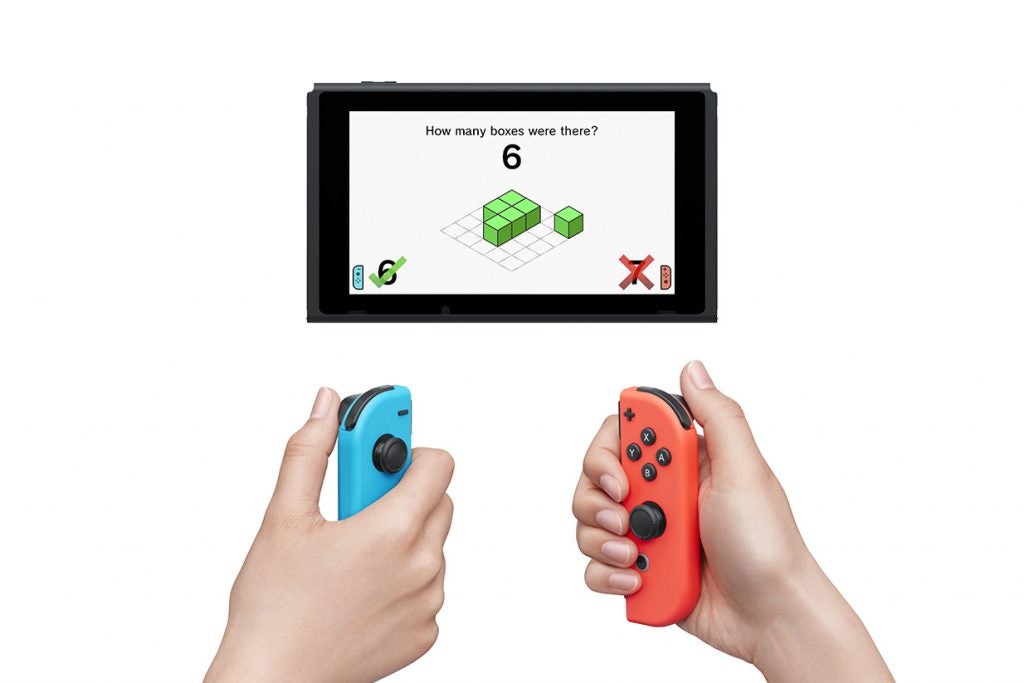 There are multiplayer head-to-head brain teasers too. However, there’s only three on offer, with two of those being simple counting exercises. They’re fun enough to play with a sibling or partner, but are hardly multiplayer alternatives to Mario Kart or Smash Bros.

Despite all the quirky tests and challenges, it was actually the slew of Sudoku puzzles I found myself coming back to most often. Including three difficulty levels and a few tutorials, Brain Training has made Sudoku accessible to all, no matter your expertise or experience. There’s also well over 60 available, so you could solve a Sudoku daily for two months before running dry. The time it takes you to compete each Sudoku is also recorded, so your friends and family can attempt to beat your time.

But when one of Brain Training’s greatest strengths is the inclusion of number-based puzzles regularly found in newspapers, you’ve got to scratch your head and wonder at the wasted potential.

Dr Kawashima’s Brain Training for Nintendo Switch teases all the best features of the original Nintendo DS version. Seeing your brain age gradually improve from 80 to 20 is still a delight – this is one of the few video games that genuinely feels productive.

However, the transition to Switch hasn’t been smooth, with the lack of stylus storage on the portable making it a much greater faff to start playing on a whim. The Joy-Con sensors do add some innovation, but not to the extent it improves the experience notably.

The biggest head scratcher of all is the limited number of puzzles. Play Brain Training for one week, and you’ll likely be so bored of the repetition that you’ll prefer to settle for the brain power of a pensioner than face another maths equation.