The CDR 900 E is Cobra’s new top of the range dash cam and is a design departure compared to its previous models, such as the CDR 875 G. The latter was a solid, dependable device, but the CDR 900 E takes the specification closer to the current pinnacle of dash cam technology, with a sleeker look to match. In particular, this model now shoots Super HD rather than just HD. It can also double as an action camera. However, over-reliance on a paired smartphone and some mediocre image quality makes the HD CDR 900 E a middle-of-the-road dash cam.

The CDR 900 E may look a bit different to previous models, but the mounting system is fairly similar. There’s a reasonably sized suction screen attachment, which the device slots onto, and this creates a fairly secure installation. The long power cable culminates in a standard USB plug, which then connects to a separate car power adapter. 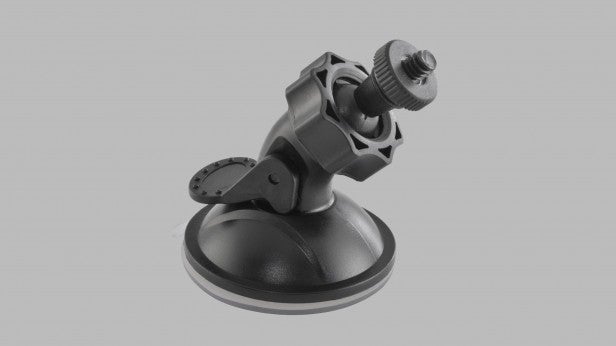 There’s only one USB connection on this adapter, not two like the Z-Edge Z2 Plus, so you can’t power your sat nav from the same adaptor. But this still means you could use an existing USB connection in your car for power, or supply your own dual-output car adapter, if you need to power multiple devices.

Despite the aim of doubling as an action camera, there aren’t any specific mounts included in the box for this purpose. But there is an alternative slide-in attachment onto which you can connect the bundled lanyard. The slide-in portion of the screen mount also screws to the unit via a standard tripod fitting, so you could easily connect the CDR 900 E to a host of third-party mounts, tripods and monopods. However, this is on the top of the device rather than the bottom, so footage will be upside down.

There’s a 3-megapixel sensor inside the CDR 900 E, although Cobra doesn’t divulge how big it is. This will be just about enough for the headline Super HD recording format, which equates to 2,304 x 1,296 resolution, and is captured at 30 frames per second. There is also Full HD available, again at 30 frames per second, but no high-speed mode or 720p option.

I have criticised Cobra dash cams for being a bit behind the times for resolution, so at least the CDR 900 E catches up with the mainstream, although some are now going beyond Super HD, such as the Vicovation Opia 2, which goes all the way to 1,440p. At Super HD, footage is recorded at 6.7 Mbits/sec. This is very low, but the 8GB Micro SD card included in box will be enough for around 160 minutes of footage. 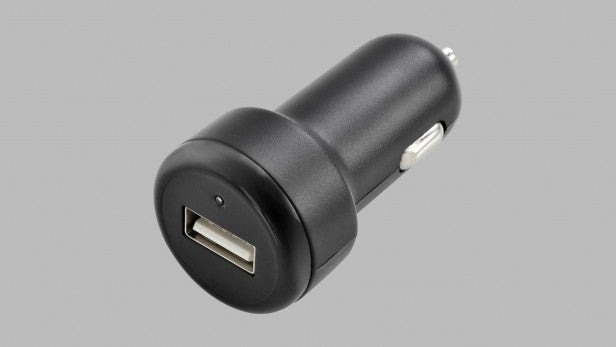 Although there is a menu available on the device itself, this is pretty limited in scope. You can’t even change the recording resolution. This is where the built-in Wi-Fi and Drive HD app (for iOS and Android) come in. The CDR 900 E can act as a local access point, or you can connect it to an existing wireless LAN. You then connect your smartphone to this access point and fire up the Drive HD app.

Apart from previewing what the dash cam can see, and toggling record, the app allows you to set the date and time from the smartphone – which otherwise you can’t do. You can select Full HD or Super HD resolution, and configure the small range of extra safety features available on the CDR 900 E. There aren’t any further settings in action camera modes, however.

Unfortunately, akin to the Cobra CDR 855 BT, one safety feature the CDR 900 E doesn’t have is an integrated GPS, something that was available on the CDR 875 G.

There is instead the same micro-jack built in so that the external GPS unit that is included with the CDR 875 G can be used, but there is currently no version of the CDR 900 E that includes this as standard. Instead, it’s an optional extra costing £29.99. 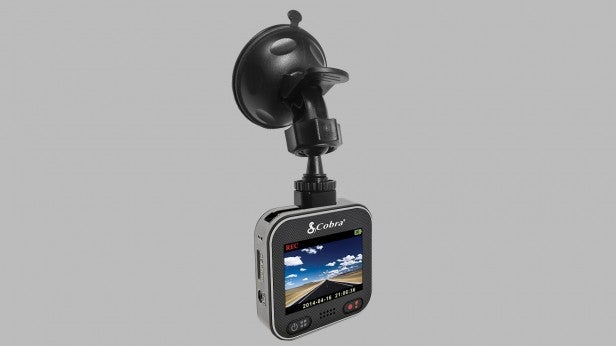 The only extra features are an Impact Sensor with high or low options, again configurable exclusively through the smartphone app, and a Motion Detector. The latter allows the CDR 900 E to act as a parking surveillance device, grabbing some footage if anyone tampers with your vehicle. But that’s it for extras – no lane departure, collision warning, or sundry alternative features are included. And with no GPS, safety camera locations are completely out of the question, too.

The previous Cobra models I’ve looked at have exhibited decent if not absolutely top-notch image quality. The CDR 900 E, despite the higher resolution, produces footage that looks rather soft. This is almost certainly because the 6.7 Mbits/sec data rate relies on aggressive compression, which smooths out a lot of the detail.

It’s still possible to read those all-important number plates, but only when they’re relative close and adequately lit. The CDR 900 E doesn’t deal particularly well with high contrasts in lighting, either. A wide dynamic range option would really have helped here, because dark areas really lose detail when there is strong backlighting, for example when driving towards the sun, which is noticeable in the test video below.

You can view a sample of footage from the CDR 900 E here. 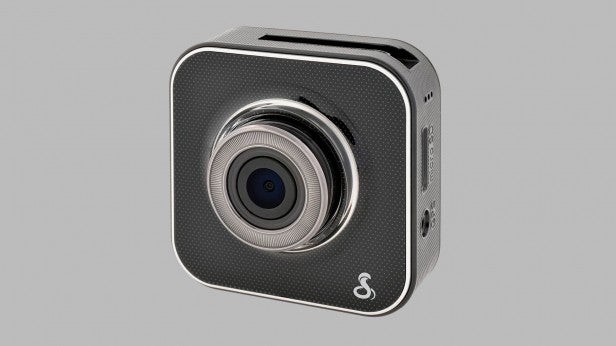 The Cobra CDR 900 E is not a particularly ground-breaking entry into the dash cam market. It’s good to see Cobra keeping up with the resolution arms race, but this model is really let down by the low bitrate, which adversely affects the image quality. At its £179.99 RRP the CDR 900 E is also a little pricey, but at the time of writing it was available for less than £135 on Amazon, which is much more competitive.

Adrian Flux is also offering a Dash Cam Insurance Discount of up to 15 per cent which could make this product even more attractive from a value point of view. But in itself this is a very average dash cam, and even though the action cam capabilities are a welcome bonus, the mediocre image quality and lack of controls put a spanner in the works for this scenario, making the Cobra CDR 900 E a bit of an also-ran.

The Cobra CDR 900 E promises Super HD resolution and action cam functionality, but is let down by soft image quality.