What is the VicoVation Opia 2?

To say the dashboard camera market is becoming crowded would be an understatement. The VicoVation Opia 2 is a dashcam from yet another manufacturer that’s new to the pages of TrustedReviews. However, the company itself isn’t new – it already has a sizeable range that it’s been producing since 2010, including the popular and well-regarded Marcus models. The Opia 2 is the new flagship. The Opia 2 is a great dash cam that offer superb image quality, but its lack of GPS and high price hamper its overall appeal.

Just as regular camcorders are growing in video resolution, dashboard cameras are following suit. I’ve already reviewed a number of models boasting “Super HD” video, which is 20% larger than Full HD in each direction. But while the VicoVation website calls the Opia 2’s resolution “Ultra-HD“, as did the Vantrue OnDash R2, which also had this claim made about it, it doesn’t quite achieve this resolution. 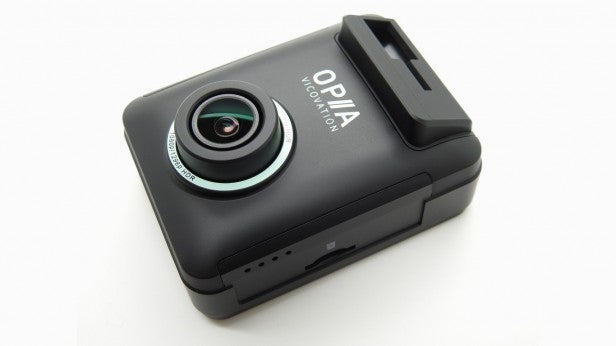 This is 33% more pixels than Full HD in either direction, and should provide video that’s just that little bit sharper. As an added bonus, this resolution – as well as Super HD and Full HD – is recorded at 30 frames per second with High Dynamic Range (HDR) enabled.

Although VicoVation doesn’t divulge the size of the sensor in the Opia 2, it’s specified as being a 4-megapixel CMOS, which is enough for the 1,440p video. It’s also possible to record Full HD at 60 frames per second, if smooth motion is more important than resolution. A microSD card is used for storage, and at the top 1,440p resolution the data rate is 19Mbits/sec. So a 16GB card will be enough for a little under two hours of footage.

The Opia 2 is sold as a “premium pack”, because it includes a comprehensive set of mounts in the box. Alongside a regular suction cup mount, there’s also a mount with a 3M adhesive area for more permanent mounting. Two different options for attaching the device to the mount are included.

There’s one that the Opia 2 slides into, but it’s a bit of a struggle taking it back out again. A second one is a “quick release”, where the device slots in from behind and is secured top and bottom. The Opia 2 is relatively easy to remove from this mount. The quick-release mount also allows a CPL filter to be installed, designed to reduce the reflection from the windshield. It has a standard 52mm thread, so any filter with this size could be used.

Apart from the CPL filter, which is the same one provided for the Marcus range and costs around £25, VicoVation offers some other optional extras for the Opia 2. I was sent the Vico Power-PLUS, which is designed to work with the Smart Parking Surveillance mode. This is installed with a direct connection to the battery, so you can leave the camera on even when the ignition is off.

The Power-PLUS sports its own cigarette-lighter socket, and a LCD screen and voltage detection, which you calibrate against a direct meter reading from your car’s battery. You can then set a voltage below which the camera is turned off, so your car battery isn’t drained so much so that you can’t start the vehicle. There’s also a timer option, so the parking system operates only for a fixed period before stopping. 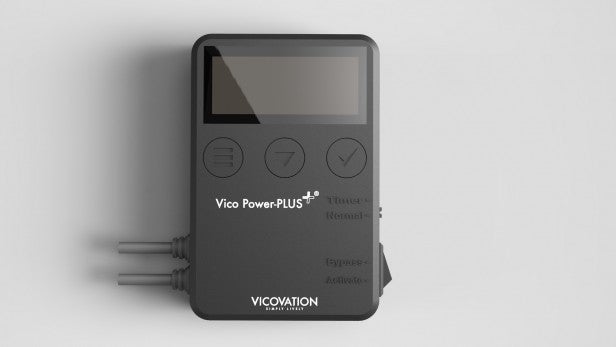 So the Power-PLUS is a useful accessory, but requires more installation and setup than simply mounting and plugging in. The Smart Parking Surveillance system is basically a time-lapse recording, with one frame recorded every 1, 10 or 60 seconds. So if someone does something to your car when it’s parked, you should catch them on camera – if they happen to pass by the front of the car, that is.

One accessory I wasn’t sent, however, was the GPS module – basically an external GPS unit on a USB cable, which attaches to the Opia 2 via a secondary micro-USB port on the device chassis. Without this, you can’t record location alongside the video footage. A bunch of extra safety features enabled by the Ambarella A12 chipset are also only available with the GPS module installed. 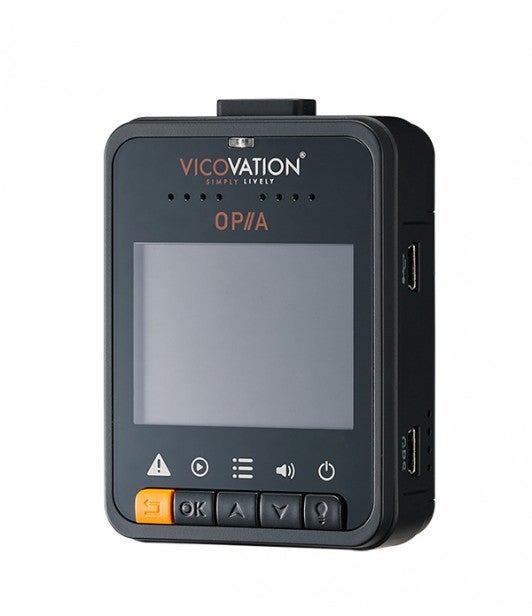 These include a Lane Departure Warning System, Forward Collision Warning System, and the ability to overlay current speed and location on top of your footage. Many of these are functions I haven’t found that essential on dashcams. But the GPS location and speed is potentially useful when using the footage as evidence in an accident, or refuting a speeding ticket, so it’s a shame this isn’t built into the device considering its premium price.

The five buttons beneath the 2-inch LCD panel control the menu. However, apart from setting the resolution, G-sensor sensitivity and toggling the Smart Parking Surveillance, there are a few manual settings available. You can bias the exposure up or down by 1EV in 0.5EV increments, and that’s about it.

There are monitoring and configuration controls for a GPS here, too, but obviously without the external unit installed, the menu options don’t actually do anything. 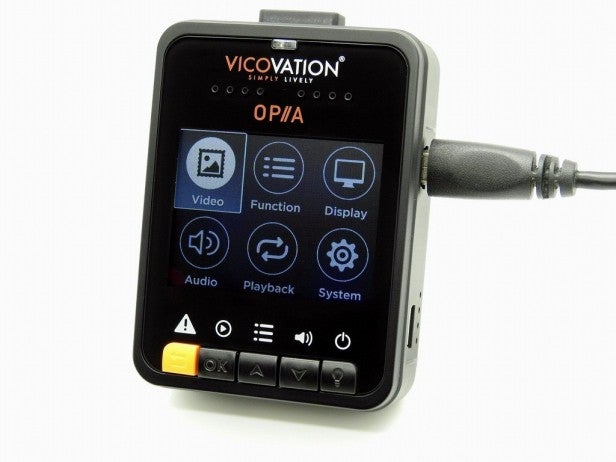 You can watch a sample of footage shot with the VicoVation Opia 2 here.

The extra pixels are evident in the Opia 2’s footage, with that bit more detail available. The Opia 2 also copes well with lighting contrasts, showing that the HDR capability is paying dividends. Overall, the video quality is the best yet from a dashcam. The VicoVation Marcus cameras have a good reputation (although I haven’t tested one), and the Opia2 lives up to that.

Should I buy the VicoVation Opia 2?

The VicoVation Opia 2 provides the best video performance I’ve seen from a dashboard camera so far. The 2,560 x 1,440 resolution resolves plenty of detail, while the HDR means contrast is dealt with very well.

However, at £200 it’s also one of the most expensive dashcams currently available, and you’ll need to shell out even more for GPS tracking of your journeys, and other advanced features. So while the core product has quality on its side, it doesn’t offer great value.

The VicoVation Opia 2 boasts great dashcam image quality, but with no built-in GPS and a £200 price tag, it’s not a winner on value.