What is the BQ Aquaris X5?

In only a few years, phones in the budget end of the market have gone from being cheap-feeling units to those with performance capable of matching some of the most sought-after handsets around. Originally spearheaded by Motorola’s Moto G, recently we’ve seen the UK networks join the fray.

First was Vodafone and its impressive Smart Ultra 6, followed by EE with its Harrier. Now, it’s O2’s turn. The UK’s second-largest mobile network has teamed up with Spanish brand BQ to market the Aquaris X5.

While it can’t quite match some of the reigning budget champs, the Aquaris X5 is an impressive handset whose build is far superior to what its £179.99 price may suggest. It’s not perfect, but it delivers plenty for that money.

The Aquaris X5 may retail for less than £200, but there’s no sign of this in the handset’s build. It bears a striking resemblance to an iPhone 5, if somewhat curvier, with a metal trim that runs around the two-piece design.

Unlike the iPhone, the rear panel is plastic but with a soft-touch feel. While it might lack the level of grip I’d prefer, it feels comfortable in the hand and hasn’t yet slid out of my grasp during use. It’s compact, small and light too – perfect for one-handed use, or for the smaller hands of kids. 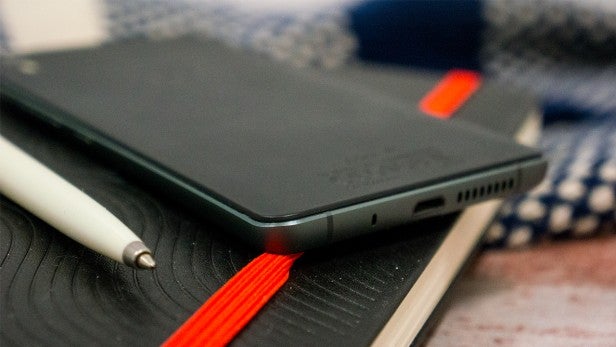 I’m also a fan of the BQ logo on the rear of the phone, which the company has opted to keep as minimalist as possible. This is in stark contrast to Wileyfox’s branding that covers the back of the Swift, which is ugly.

For a £179 device, the precision and level of detail that has gone into the Aquaris X5 has to be commended.

The speaker grilles and micro-USB port along the bottom edge of the phone are machined and precise – unlike the usual rough corners you’d find on budget devices. The four antenna bands are consigned to the top and bottom, keeping them mostly out of the way, and even the SIM slot on the side pops in and out with a satisfying click.

On the front, the 5-inch display is covered in Gorilla Glass-competing Asahi Dragontrail Glass.

Basically, this is a phone that’s built way beyond its price tag. And that’s a good thing.

BQ delivers more for the price once again by including a decent-looking display. The 5-inch panel packs a 720p resolution. Although 1080p would have been better – as seen on Vodafone’s Smart Ultra 6 – at this size 720p should do the job. Remember, the iPhone 6S costs more than £500 and that handset’s display sits only marginally above 720p.

Pixels are packed close together enough to make them difficult to distinguish – unless you get up and close and personal.

Colours are accurate and vibrant, with nice deep blacks. Reds look red, as do greens, and whites aren’t murky as is so often the case with phones in this price bracket. The IPS LCD panel might not pack quite the saturation and “oomph” of an AMOLED version, but it’s far more true to life.

Viewing angles are decent, although the screen does have a tendency to reflect a fair amount of glare. This makes using the handset in direct sunlight annoying. Brightness, on the other hand, isn’t an issue. Normally, I’d have to jack it all the way up as soon as I remove a phone from the box, but the Aquaris manages fine on 50%. 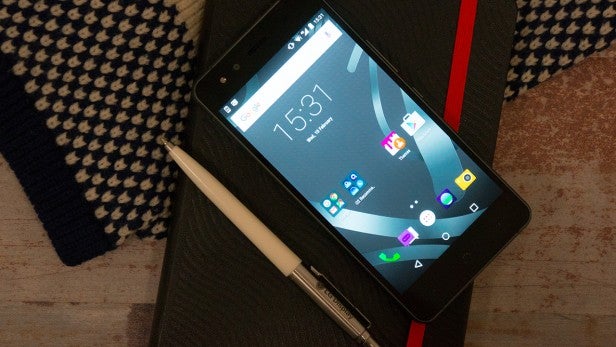 Just like fellow budget brand Wileyfox, BQ has opted for Cyanogen OS 12.1 in the Aquaris X5 instead of regular stock Android here. This has both positives and negatives.

Let’s look at the good bits first. First, Cyanogen’s overall look retains much of the DNA of the version of Android (5.1.1) it’s built upon. The lockscreen, notifications panel and default apps have all been left untouched, which is something rarely seen on Android skins.

Also, for the most part, the rest of the stylistic changes are decent additions. I like having more freedom to add extra icons to my homescreen, choose whether or not to have the search always visible, and mess about the scroll effects. It’s like having a third-party launcher built right in.

I’m not a fan of the default vertical view for the app drawer, however, but this can easily be changed to something more familiar.

There’s a pretty substantial theming engine at work here, enabling you to customise icons and colours system-wide. It works as advertised, although the selection is pretty poor and you need to set up a dedicated Cyanogen account before you can even view the choices on offer. 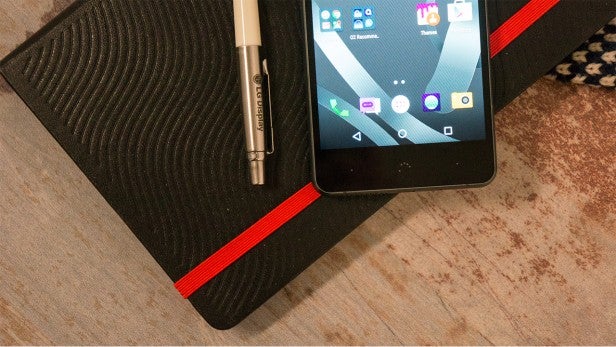 Alongside the usual array of preinstalled Google apps, there are a few Cyanogen options that are worthy of mention.

Boxer is your alternative for email. It has a sleek UI and some pretty decent options for burning through your unread chats. Audio FX alters some of the tuning for music, but doesn’t appear to make any real-world difference, and the browser will probably take the place of Chrome for most users.

There are also some useful privacy features available in Cyanogen 12.1. Privacy Guard lets you restrict apps access to your personal data, and there are a variety of tools with which you can shake up your password and pins to make them more secure.

It isn’t all good news, however. Since Cyanogen alters so much at the system level of Android, updating it to the latest version will take some time. Many phones are finally starting to get a taste of Marshmallow; there haven’t been many rumblings about when it might be coming to the Aquaris X5, however.

And what about the next version of Android, which will no doubt be coming later in 2016? It’s a lottery as to whether this phone will ever see that update.

Slow animations are another sore point for the software. Whether you’re opening folders or apps, there’s just a fraction too much movement – and it soon becomes noticeable and annoying.

Performance on the whole is perfectly acceptable for a budget phone, however.

Running the show is a Qualcomm 412 CPU, an Adreno 306 GPU and 2GB of RAM. There’s 16GB of storage too, plus microSD expansion (up to 32GB) to bump that up if you so wish. In other territories it’s possible to pick up a 32GB version that pops an extra 1GB RAM into the mix too – but it doesn’t appear as if O2 will be carrying that. 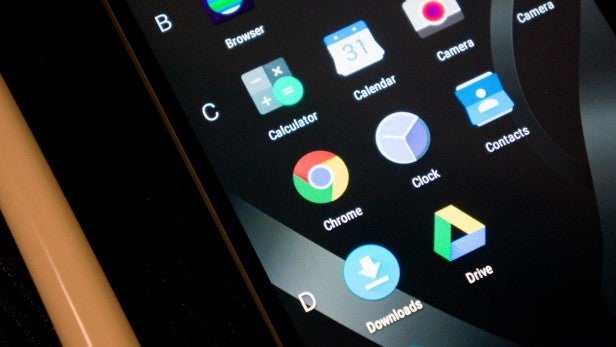 The fairly low-end processor manages to perform the majority of everyday tasks with ease. You’ll have no trouble browsing Chrome, checking your email or playing a spot of Candy Crush. Things fall down a little with more intensive games – Asphalt 8 struggles with numerous frame-rate drops and painfully long loading times, while Hitman: Sniper is nearly unplayable.

As far as sound is concerned, the bottom-facing speaker is fine. But it can easily become blocked due to its positioning – and I wouldn’t recommend it for listening to your Spotify Discover Weekly playlist. It’s loud enough for a morning alarm, however.