What is the Wileyfox Swift?

The £129 Swift is Britain-based Wileyfox’s first ever smartphone. Like the OnePlus 2, Honor 7 and Moto G (2015) it aims to carve a share of the smartphone market by offering features traditionally seen on phones close to twice its price.

The other key feature is Cyanogen OS, a heavily skinned version of Android that also came with the OnePlus One last year. It promises “unparalleled customisation powers” and “enhanced security” and mostly delivers on that promise, too.

If you like loads of customisation and more control over your privacy then the Wileyfox is worth serious consideration, but its camera and battery life hold it back somewhat.

From the front the Wileyfox Swift has slightly boxy, monotone black design similar to most affordable handsets. In fact, you could be forgiven for thinking it’s a slightly duller version of  Motorola’s stellar Moto G (2015).

However, when you turn it on its back things begin to get a little more interesting. Unlike many of its competitors the Swift has a detachable backplate that grants access to the phone’s dual-sim, microSD and removable battery. 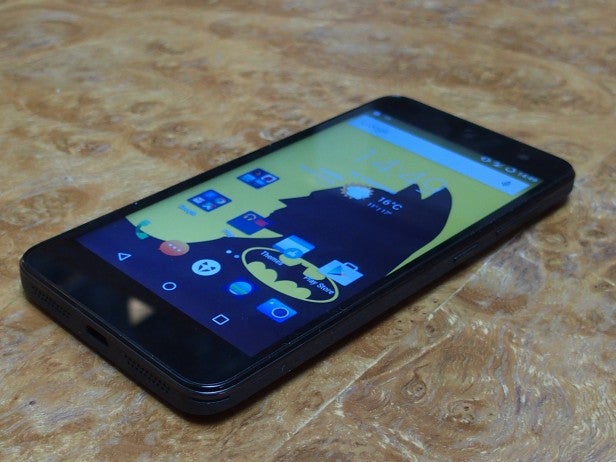 The fact the battery is removable is in my mind a key positive for the Swift, as it let me carry around a spare power pack for my phone that I could swap in when the first died – my addiction to Peggle and CrunchyRoll means this happens fairly regularly.

I was also fairly enamoured with the Swift backplate’s slightly material feel. Rather than having the smooth plastic finish seen on most affordable handset, the Swift’s back and sides have a material finish.

The finish, combined with the phone’s reasonable 141 x 71 x 9.4mm dimensions and 135g weight, make the Swift comfortable to hold and noticeably easier to get a solid grip on than many competing handsets. 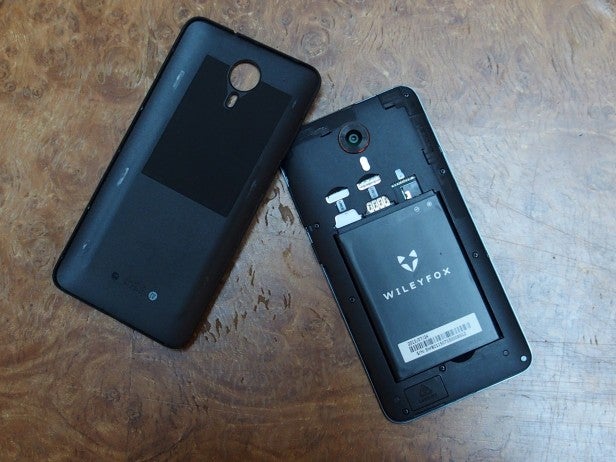 The only issue we noticed with the design, is that the plate is slightly prone to picking up marks, particularly when hit with liquids. An accidental drop of water on the back left a noticeable mark that took a good day to disappear – despite several attempts to wipe it clean.

The specifications put the Swift’s display on a par with the £160 Moto G 2015 and slightly below the £125 Vodafone Smart Ultra 6, which comes with a Full HD 1080p screen.

Being honest, I’m slightly sad Wileyfox didn’t give the Swift an Full HD screen. While 720p is more than good enough for general smartphones and I never had any issues reading text or watching video on the Swift, the Swift looks a little fuzzy when compared to some rivals.

That said, I am still reasonably impressed with the Swift’s display. While it’s not the sharpest in town, Wileyfox has loaded the Swift with a nifty LiveDisplay screen calibration tool. The tool lets Swift user’s manually adjust the screen’s RGB and colour temperature (Kelvins). 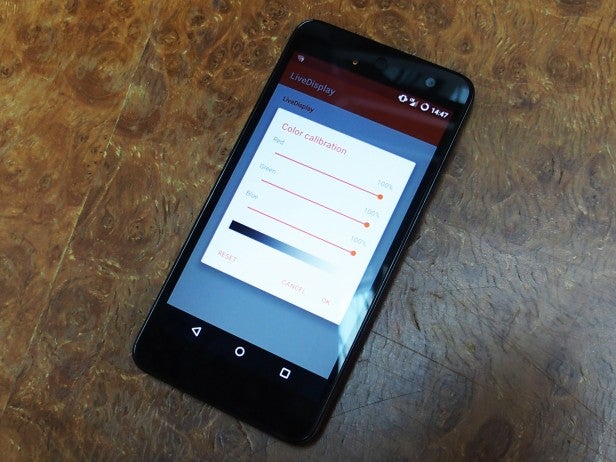 The ability to manually adjust the RGB level is a key positive as it means Swift users can set the display to meet their preference, though I can’t see too many users needing to take advantage of the feature.

Out of the box I found the Swift’s screen, while slightly oversaturated, is very good by budget handset standards. Colours look suitably realistic without being overly washed out and my only minor grievance is that whites have a tendency to take on a yellow tinge when viewed from an angle. The phone’s brightness maximum brightness is also astounding and during my tests the Wileyfox Swift easily outshined its key rival the Moto G (2015). 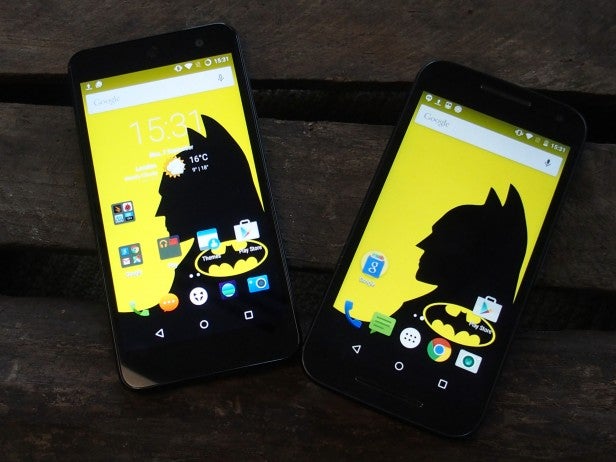 The LiveDisplay also lets you set the Swift to automatically switch to optimise the screen for use in night and day settings.

While this sounds cool, I found in practice the feature just adjusts the screen to push the yellow end of the colour spectrum at night before relaxing it to a more neutral level during the day.