What is the Vodafone Smart Ultra 6?

The Vodafone Smart Ultra 6 is a seriously disruptive phone. It offers specs that might cost you £300 in a Samsung handset, but only costs £125. That’s without a contract, with no obligation beyond the phone being locked to Vodafone.

There’s the rub. If you don’t mind being on Vodafone, this is the highest-spec budget phone you can get without importing something from China. Something bearing a name no-one’s heard of from a retailer some people wouldn’t be too comfortable sharing their card details with.

Vodafone can’t be making much money off the Vodafone Smart Ultra 6 directly, and reassurances you’re getting good return on your money don’t get much better than that. It makes the Motorola Moto G look overpriced. In return, you just have to live with a phone about as anonymous as they come. A status symbol it is not.

The Vodafone Smart Ultra 6 is probably the best-value large-screen phone around right now. But we’re going to start with its weakest element: design.

There are no serious practical issues with the Vodafone Smart Ultra 6’s blueprint, but it is a total style vacuum. It’s as if this was the template from which to start designing a phone, then Vodafone simply said “yep, that’ll do” to ZTE, the company that actually produces the hardware.

The Vodafone Smart Ultra 6’s back is metallic plastic that couldn’t even pass for metal at arm’s length. And despite being a unibody design, there is a contour around the side mimicking where a backplate seam would lie. Normally that’s what unibody phones to their best to avoid: seams. 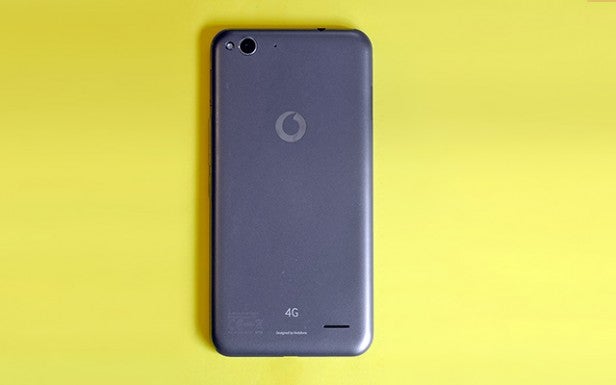 Then there’s the volume buttons, which are just a slightly different colour to the shell, but not enough to appear deliberate. And the one part that really does seem deliberate, the blue light-up soft keys, come across as a little juvenile.

The Vodafone Smart Ultra 6 seems a design without all that much attention to detail, with external elements that simply fit the mission statement “make sure it fits the budget”. Sounds damning? Stick with us because this is probably the worst part of the phone.

It’s probably not a phone whose looks you’ll ever be proud of, or something that’ll make friends jealous unless they’re bargain hunters. 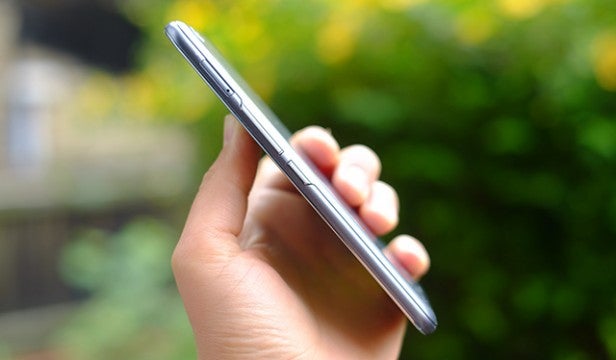 However, the Vodafone Smart Ultra 6’s build quality is perfectly sound. It’s plastic and fairly large, but doesn’t flex or creak. You may not have owned a ZTE phone before, but it knows how to make the things.

The top screen layer is toughened glass that feels just as smooth and strong as a phone twice the price. It does seem to take pressure a little less confidently than Gorilla Glass 3 but as yet we’ve not been able to find out the exact glass used. And while the Vodafone Smart Ultra 6 is fairly large, it’s not unduly chunky at 8.35mm thick.

Like all the best giant-screen phones, it puts the power button right under your thumb, dropping it half-way down one side. The soft keys aren’t a Nexus 6-like stretch to reach either.

The Vodafone Smart Ultra 6 may be about as spiced-up as an unseasoned block of tofu, but it certainly does work. And while we may have been a little mean about the phone’s design, it’s not offensive. Just quite bland. 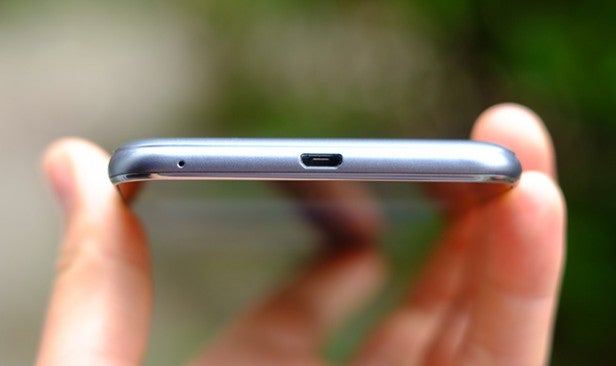 One way to look at this is that the Vodafone Smart Ultra 6 puts its budget elsewhere. For example, its connectivity and features are a league above what the price suggests. It has 4G, likely to be some buyers’ first experience with super-fast mobile internet, and NFC. These are dead common nowadays, but help keep parity with more expensive phones.

The really impressive stat, though, is its 16GB storage. We’d expect a phone this price to have just 8GB, even one with a smaller, lower-res screen. This should mean most people really don’t have to worry about getting hold of a microSD card, although there’s a tray to accommodate one on the Vodafone Smart Ultra 6.

There’s no IR transmitter, but it’s unrealistic to expect one at the price.