The Bose NC 700 headphones serve up excellent levels of comfort, as well as impressive sound and noise cancellation. There are better-sounding efforts for a similar price, though.

The Bose Noise Cancelling Headphones 700 went on sale in the summer of 2019, and competition for the top spot in the noise cancelling headphone has only intensified since.

Bose had led the market in the premium wireless headphone market, but recent years has seen a tit-for-tat battle emerge with Sony. The number of options at the higher end of the market has expanded with the emergence of the Apple AirPods Max.

How do the Bose Noise Cancelling Headphones 700 shape up against their rivals?

The Bose Noise Cancelling Headphones 700 have been reduced from their original RRP, serving as a much cheaper alternative to the AirPod Max. You can find them for less than their RRP online, with prices around the £270 mark.

While the QuietComfort 35 II looked fairly ordinary for a pair of premium headphones, the same can’t be said for the Bose Noise Cancelling Headphones 700, which bring on the style in a big way.

The Bose NC Headphones 700 have a look that’s sleek and minimalist, the focal point of which is the stainless-steel bar that encompasses the headband. The headband can be adjusted for best fit, although the way in which the headband has been integrated with the ear cups means that the headphones can’t be folded inwards if you want to pack them up when not in use.

They can swivel to lay flat, but these aren’t headphones you’d want to chuck nonchalantly in a bag. To protect from any nicks, there is a hard carry case that comes with them.

The Bose Headphones 700 are also one of the most comfortable pairs of headphones to wear. At 250g, they are very light on the head thanks to the soft silicone-covered foam on the underside of the headband. And the space in the cups for the ears is big, so cramp or pinching around the ears isn’t much of an issue at all.

The fit is a little loose, likely intentional for a little give in terms of movement, and the soft protein leather ear pads provide good levels of comfort. They stayed rooted to my head, and the comfort levels they offer means there’s no uncomfortable pressure added by the headphones.

There are three buttons, two on the right earcup and one on the left. On the right is a multi-function button for power and Bluetooth pairing, as well as a button that activates the voice assistant of your choice. On the left ear cup is the noise cancelling button. Press that to cycle through the ANC presets (0, 5 and 10), or create your own presets in the app.

Operation is via capacitive touch buttons on the right side of the right earcup. Swipe across for skipping tracks, up and down for volume and double tap to pause/play. Hold down the right-hand side of the ear cup and you’ll access the shortcut, the default of which is an indication of the current battery level. It’s very intuitive to use and responsive to your gestures. There’s also a USB-C and 3.5mm connection for charging and wired playback respectively.

The Bose Noise Cancelling Headphones 700 are available in three finishes – silver, black and a revolving third limited edition option. Previously it was Soapstone and currently its Triple Midnight, which costs £349.95. I’m partial to the Luxe Silver version, which I find the more distinctive.

There’s also a limited edition ‘Eclipse’ version that comes with the Headphones 700 charging case that costs £399.

Battery life is at the lower spectrum of what’s expected from a premium pair of ANC cans. At up to 20 hours that is 10 hours less than the Sony WH-1000XM4 and B&W PX7. A 15-minute charge provides 3.5 hours of extra battery and if the battery is completely dead then it takes 2.5 hours to get back up to full strength.

And what about the noise cancelling? It’s very good – excellent even. External noises are reduced to a minimum with cars reduced to whooshing sound, and while I could hear conversations passing by they’re harder to discern and therefore less intrusive. In combination with audio playback, the Bose NC 700 HP shielded me effectively from the environment.

With the ANC button on the earcup, the strength of the noise cancelling can be tweaked so while there’s no ‘Transparency Mode’ as such, dialling down the ANC serves the same purpose except there’s more room to play with in terms of letting sound through.

That said, I do feel that the Sony WH-1000XM4 have the edge on them in terms of shutting out noise as they feel a little quieter. The difference isn’t huge, but you cans sense it. For phone calls the NC 700 HP have six microphones that work together to cancel out noise for clearer voice pickups.

Noise cancellation settings can also be adjusted in the updated Bose Music app. The old one was fairly clean and straightforward, but I much prefer what Bose has done with the updated version, which is better laid out. In the app there’s access to the headphones’ battery life, EQ settings, noise cancelling levels; you can customise what the shortcut press does, control playback/volume, fiddle with voice assistants and update the firmware.

The Bose AR programme has been discontinued, so you can’t take advantage of the Augmented Reality apps any more.

In terms of connectivity, the version here is Bluetooth 5, and the headphones feature support for two (Bluetooth 5) devices to be connected at the same time (AAC and SBC are the Bluetooth codecs of choice). I found the wireless performance to be resolutely solid; the only issue being brief interference in busy train stations, something that afflicts most wireless headphones.

When I first reviewed the Bose Noise Cancelling Headphones 700, I found them to be slightly harsh in tone. Returning to them, while there are still a few niggling issues, the NC 700 HP are an excellent-sounding pair of headphones.

The character of its sound is fairly close to the QC 35 II in terms of its neutral approach. A play of Major Lazer’s Pon the Floor and there’s a lot of power and energy. The harshness of the snare drums I felt previously had gone, with bass strong, tight and powerful, though I find the Sony XM4 has the advantage in terms of bass depth.

Like the Bose QuietComfort Earbuds, the NC 700 HP have opted for a big, wide and spacious sound. Treble is sharp, just refraining from being too bright or harsh in its description, and in doing so high frequencies have a great deal of impact.

There is still the issue with how they cope with busy or chaotic tracks. There’s just a slight lack of finesse in the midrange, with the Bose opting for energy over the focus that the Sony WH-1000XM4 can summon. While it sounds big, to my ears it also loses just that little slice of organisation and clarity in the soundstage compared to the XM4.

But in other aspects there’s no disputing that the Bose Noise Cancelling 700 Headphones’ excellence. Dynamics are articulated well, the difference between quiet and loud impactful. Vocals feel a little bit held back in the mix, but they remain clear with no sibilance or harshness.

They are smoother than I remember too, with a natural, powerful sound that’s typical Bose. Timing is excellent with little, if anything, standing out as tardy. They may not be the best headphones but they’re still an excellent option for those looking for a natural, energetic presentation in a stylish design.

You want a headphone with lots of features: From integrated voice assistance, stylish build and great comfort, as well as impressive audio and noise cancellation, they offer the type of features you’d expect from a premium pair of headphones.

You want a more portable pair of headphones: The Bose don’t feature a collapsible design, so you’ll need to keep the case with you to avoid scuffing and marking the headphones.

The Bose NC 700 headphones serve up excellent levels of comfort, as well as impressive sound and noise cancellation. There are better-sounding efforts for a similar price, though. 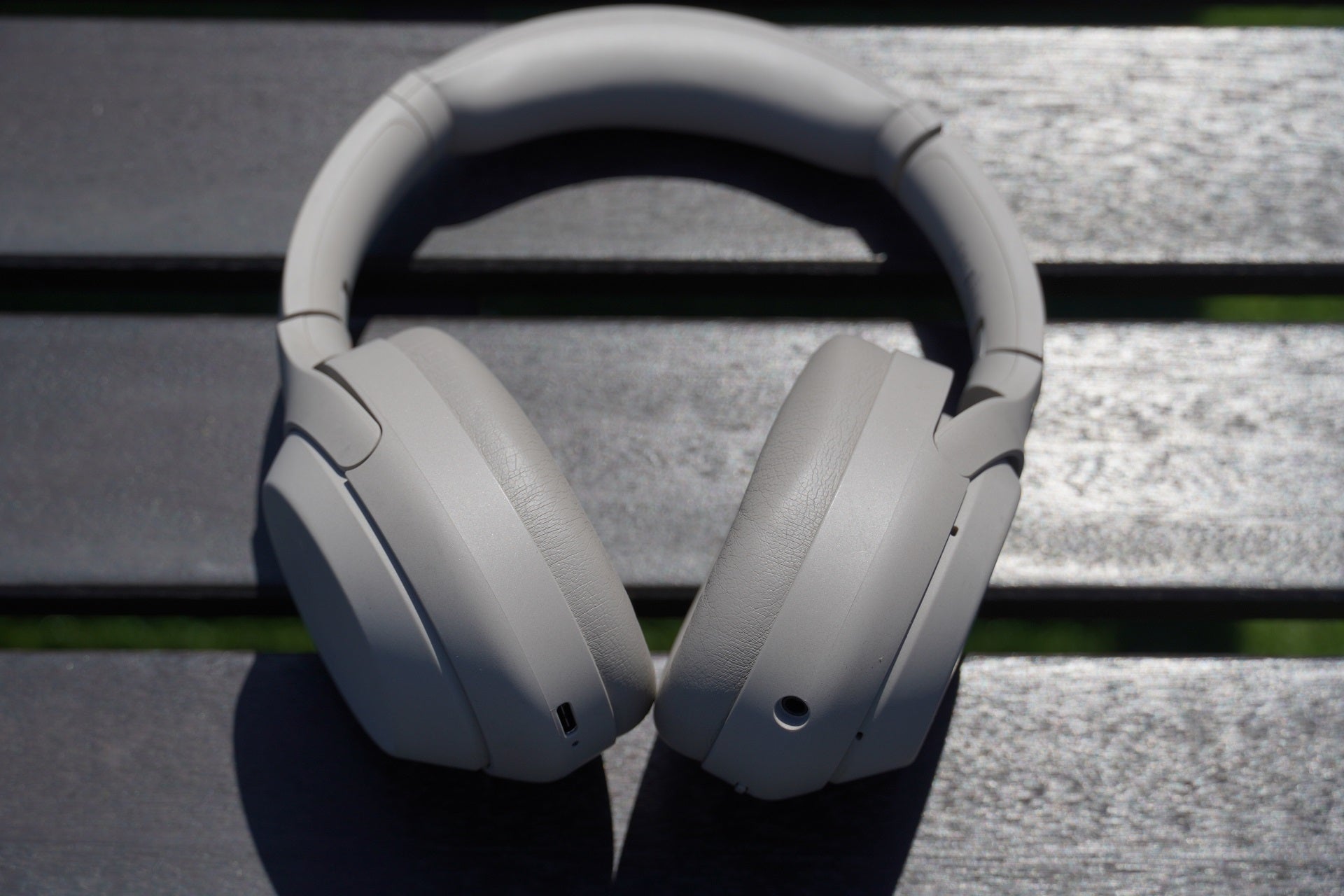 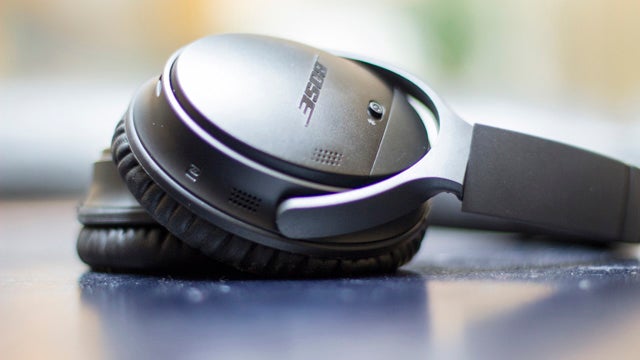 The Bose Noise Cancelling Headphones 700 have a battery life of 20 hours.

Which voice assistant is best?