To improve upon what were considered to be the best noise-cancelling headphones seemed like a tricky task, but the Sony WH-1000XM4 do exactly that. They sound better, the noise-cancelling is excellent and they’re one of most comfortable headphones on the market.

The Sony WH-1000XM4 are latest premium, over-ear wireless headphones from the company, replacing the WH-1000XM3.

It’s been a while coming. In fact, ever since December 2019 when they were first leaked. Sony has launched the WH-1000XM4 and they are a glorious bit of headphone tech.

Since the WH-1000XM3’s launch back in 2018, other headphones have bested the Sonys in some ways but never enough to knock them off their throne entirely. With the Sony WH-1000XM4, it’s a case of evolution instead of revolution, but that evolution brings with it subtle improvements across the board.

The Sony WH-1000XM4 could become the de facto noise-canceller for years to come.

Viewed alongside each other, the difference between the WH-1000XM4 and WH-1000XM3 appears minimal. The only outwardly noticeable change is that the NFC logo on the left earcup is now engraved.

But upon closer inspection several changes have been made. The material the XM4 is constructed out of is less glossy and more abrasive. The earpad cushions are softer – Sony says they’ve increased the amount of padding – and it’s resulted in a more pliable and cushier feel. The pressure they exert is minimal and the fit is extremely snug, which ought to make them a choice option for long-distance travel.

Other changes include a wider headband structure to ease pressure across the head. Sony has jumped in on the wear sensor bandwagon, placing a small black sensor inside the left earcup along with acceleration sensors that can detect when the headphones are being worn. It works most of the time, but there are times where you place them around your neck and the music keeps playing.

The hinge where the headband and the ear cup connect has a tidier design, and there’s not as much give in the joint either. The profile of the ear cups has been streamlined, and while some may feel the XM4 is less than stylish when measured against the Bose Noise Cancelling Headphones 700, they remain an elegant and sophisticated looking pair.

The button and connection layout remain the same. The NC/Ambient button on the left-hand ear cup has now been re-christened the Custom button, located next to the Power button and 3.5mm jack, with the USB-C port still on the right ear cup. The touch controls are also more responsive, which eases the pain for those who prefer physical controls.

The ear cups can be rotated flat or swivelled inwards, and if you want to keep them well protected there’s a carry case with a USB-C, wired cable and airplane adapter tucked inside. And at 254g they weigh one single gram less than the XM3. Sony hasn’t stated an IP rating, so don’t assume the XM4 to be waterproof or water resistant in any way.

There’s a choice of black and ‘platinum’ silver options, and while the latter looks nicer it does pick up dirt easier.

The Sony WH-1000XM4 are smart – very smart. They react to you, making them headphones that are tailored to your lifestyle.

Speak-to-Chat knows when you’re talking and pauses playback so you can chat without taking the headphones off. It needs to be enabled through the Headphone App and, quite simply, it just works. If you’re someone who likes to sing, perhaps you’d be inclined to keep it off. Playback resumes after thirty seconds, and the amount of time it takes, as well as the sensitivity of the mics, can be adjusted in the app.

Adaptive Smart Control adjusts the noise cancellation and Ambient Sound based on your actions, whether that’s standing, sitting, travelling on transport or walking about etc.

Enable location data and it gives Adaptive Smart Control more capacity. It’s able to learn your frequent haunts and locations over time, and tailors the noise-cancelling performance to that location. You can take matters into your hands by registering locations and different sound profiles with a Google Maps-esque interface, giving them names such as Home or Work, and ring-fencing the location to make the detection area bigger or smaller.

And like Speak-to-Chat it’s executed well. Give the app a bit of time to detect where you are (as long as there’s a Wi-Fi/mobile connection), and it’ll bring up the preferred noise-cancelling/ambient sound modes. It’s a simple, useful piece of tech, and once in play it doesn’t require much input from yourself.

Some were left disappointed by the WH-1000XM3’s call quality, so Sony says it’s made improvements with the Precise Voice Pickup feature. With five microphones built in the headphones should – in theory – pick up your voice better.

There’s support for multiple connections (two devices at once) in the Multipoint feature, though this isn’t activated by default. Voice assistance is available in Amazon Alexa and Google Assistant (or Siri), and you can engage with a press of the Custom button.

The DSEE Extreme engine is an upgrade over the DSEE HX version in the WH-1000XM3 and WF-1000XM3. Developed with help from Sony Music Studios Tokyo, it uses Edge-AI to upscale digital tracks in real time by recognising the instrumentation, genre and other aspects to restore high range sounds lost through compression.

The HD Noise Cancelling Processor QN1 chip is back to suppress high and mid-frequency sounds via Sony’s Dual Noise Sensor (two microphones in each ear cup). This is in tandem with a new algorithm that applies noise cancelling in real time alongside a new Bluetooth Audio SoC (System on Chip) that can sense and adjust music and noise at over 700 times per second.

The result is a noise cancelling performance that’s uniformly excellent, keeping sounds at bay and isolating you within a quiet place. At its best you become rather ignorant of the world around you, which may or may not be a good thing at this current moment in time.

The Quick Attention Mode lets sound pierce through the noise cancelling veil when the wearer holds their hand to the right ear cup.

The WH-1000XM4 doesn’t support either aptX or aptX-HD, unlike the WH-1000XM3. With SBC and AAC supported, Sony sees more potential with its LDAC codec for hi-res wireless audio transmission than any form of aptX. Considering LDAC is baked into Android OSes from 8.0 onwards, the loss of aptX is arguably not a huge loss.

Bluetooth is 5.0 and connectivity is strong. Walking through London and busy terminals such as London Bridge, Victoria and Canary Wharf, there wasn’t any interference or choppiness. The WH-1000XM4 also supports Google Fast Pair 2.0 for quick connection to Android devices.

Battery life remains the same as at 30 hours with ANC on with 38 hours possible with ANC turned off. A ten-minute charge is enough for an extra five hours of use.

Sony has continued with the 40mm driver units with Liquid Crystal diaphragms of the WH-1000XM3, and while there’s certainly a similarity between the new and the old headphone, it’s clear Sony has made a step forward with the WH-1000XM4’s musical performance.

Comparatively there’s an extra layer of refinement and clarity over their predecessors. The more boisterous, energetic tone of the WH-1000XM3 has been toned down for a smoother, more articulate performance.

They remain as confident as ever handling the low end of the frequency range. A listen to Hudson Mohawke/Lumice’s TNGHT EP and the bass is tight and well defined but also malleable with plenty of variety. It gives music a more than solid foundation to build on.

The WH-1000XM4 also extracts more detail out of the midrange for a clearer, more resounding performance. It’s at times subtle, but instruments are better defined, clarity levels are higher, and the separation of the various elements is cleaner with the XM4 describing the soundstage with more poise. Go back to the WH-1000XM3 and they sound fuzzier and less articulate, which is quite something.

Higher frequencies benefit from the extra refinement, though they’re not as piercing as they were on the WH-1000XM3. A Tidal Master track of GoGo Penguin’s Raven and the WH-1000XM4 doesn’t hit the treble as hard. But there’s a better sense of articulation and definition, with treble given more space to breathe.

The same track on the older headphones sounds bunched up, the piano sat alongside the strums of the double bass. The WH-1000XM4’s sense of organisation opens the track up, and piano occupies its own place in the mix further out; sounding freer, more open and better defined as a result.

All this adds up to what is a more cohesive whole. There’s a better sense of control exerted: dynamically they’re effortless, smoother and more impactful in registering highs and lows, but maintaining that rhythmic precision, timing and attack for an exciting listen. Everything feels that bit tighter, clearer and knitted together better.

If I may extend the hyperbole further, much like the WF-1000XM3 true wireless, the XM4 prove to be a versatile performer with any type of track you hand them. Motown, Classic music, Trap music (EDM), pop, rock, whatever you’re listening to the XM4 can handle it without breaking sweat.

They also remove a tonne of noise from tracks. A play of Julie London’s Cry Me A River and the amount of noise removed produces a more engaging listen. The harshness of London’s vocals is knocked down a touch, and overall, the song sounds less crude and more composed than it does on the XM3. It’s much easier on the ears.

From the comfortable, lightweight fit, to the thorough noise cancellation, intuitive smart features and the refined audio performance, Sony has knocked it out of the park with the WH-1000XM4. These are the premium headphones to beat. 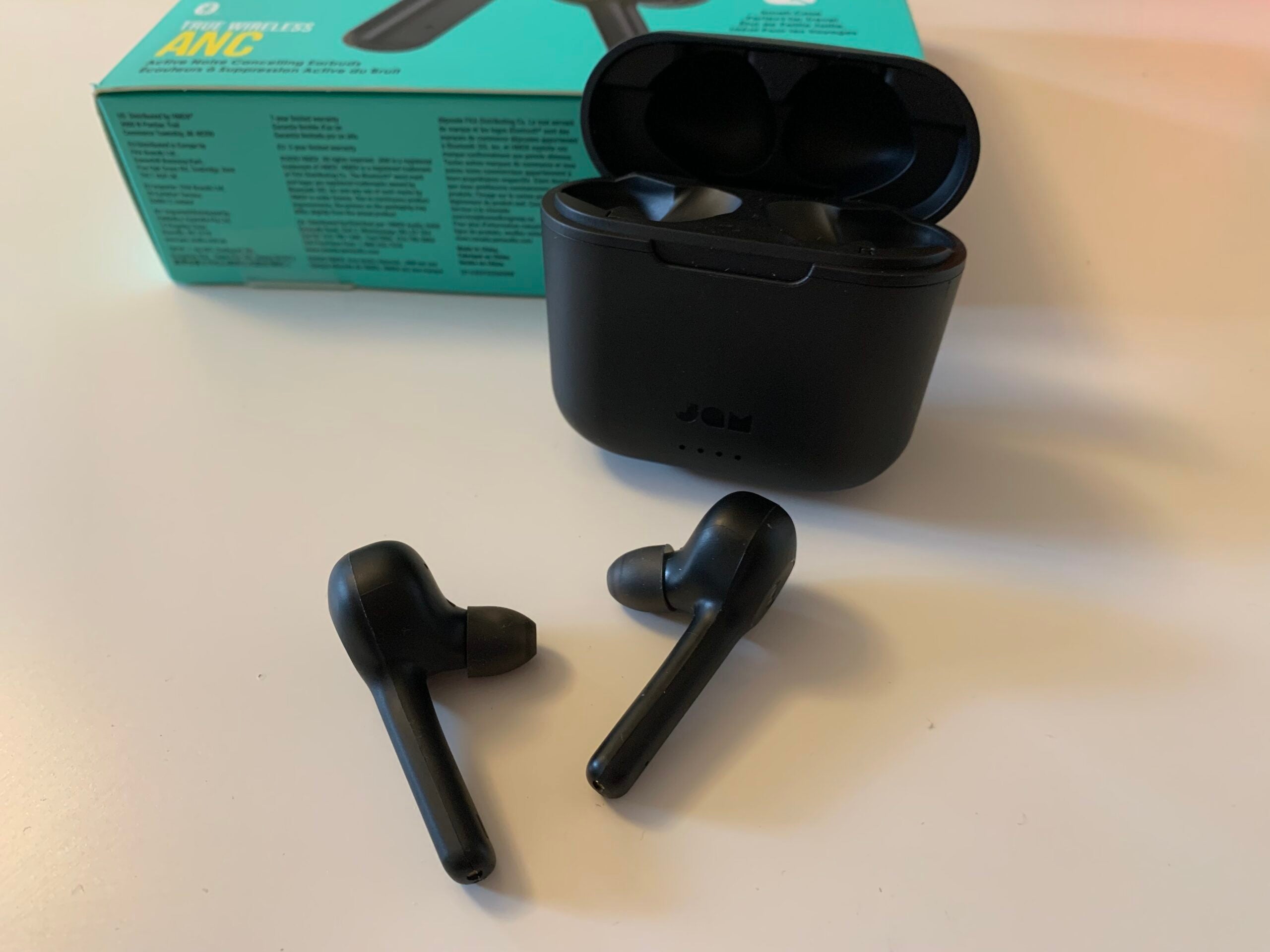 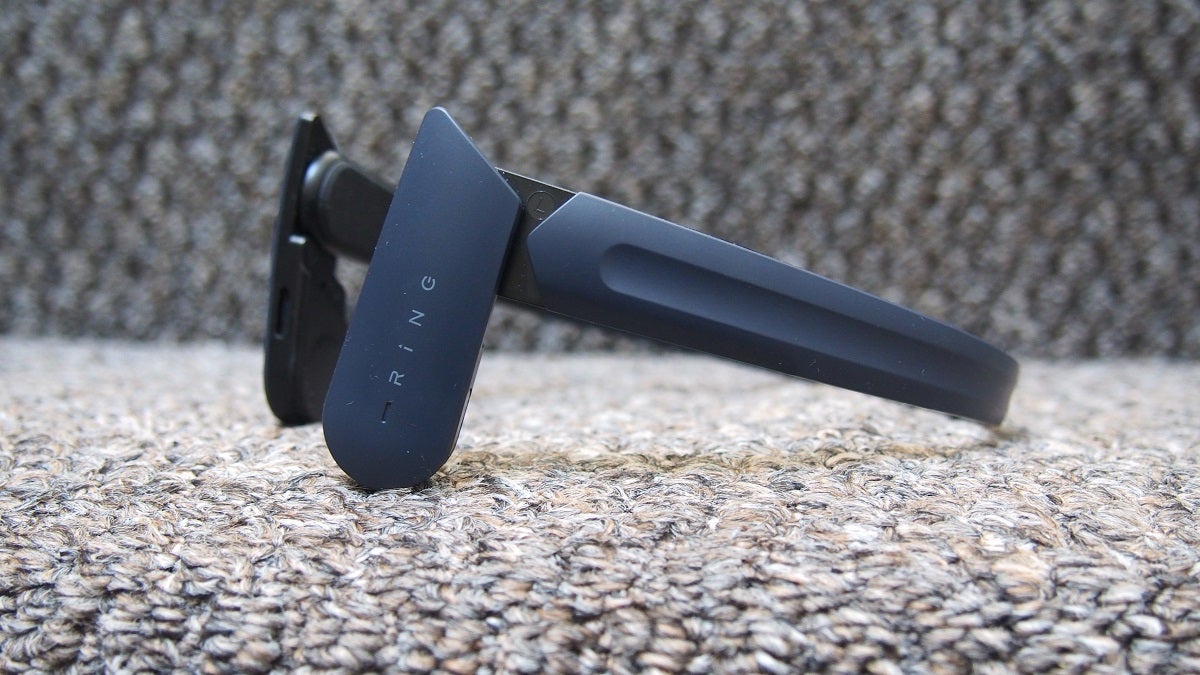 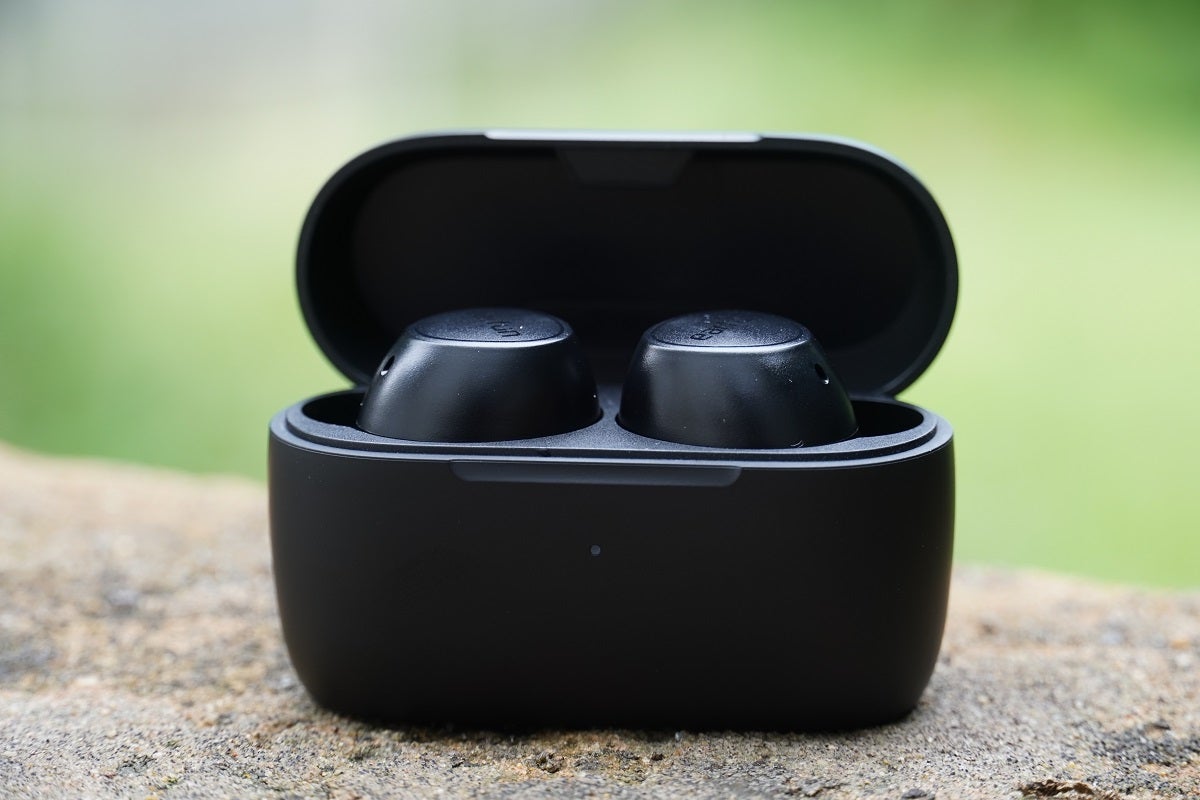 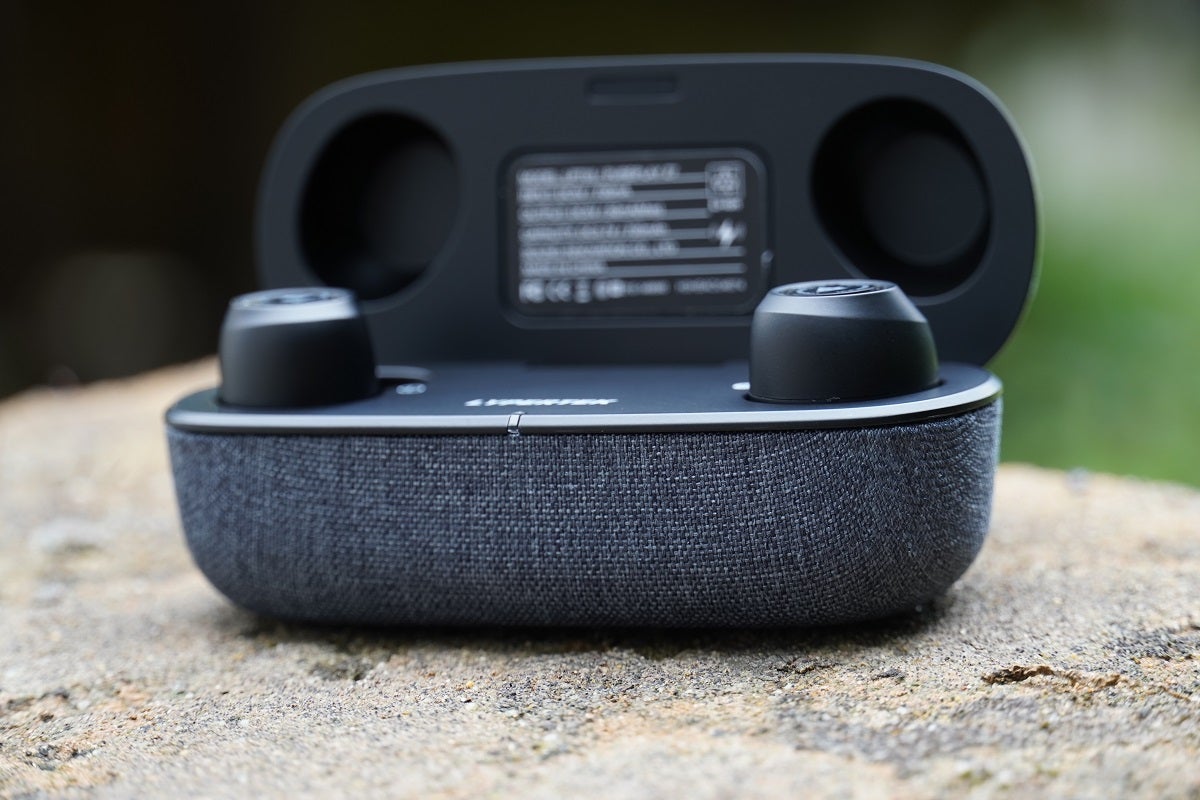 If you’re upgrading from the XM3: The performance is improved across all aspects, making the XM3 sound rather than ordinary.

You want a revolution instead of evolution: Rather than reinvent the headphone, Sony has made subtle improvements and as such, some may not feel it’s a huge step up.

To improve upon what were considered to be the best noise-cancelling headphones seemed like a tricky task, but the WH-1000XM4 do exactly that, making the XM3 feel slightly dated in doing so. They sound better, noise-cancelling is excellent and they’re one of most comfortable headphones to wear. The XM4 raises the barrier even further. Sony has outdone itself here.