Bose makes its mark with the terrific QuietComfort Earbuds. They sound brilliant and noise-cancelling performance is imperious. Aside from battery life that comes in behind that of its closest rivals, these are a sensational pair of earbuds from Bose.

The QuietComfort Earbuds are the latest salvo from Bose in the battle between it and Sony for supremacy in the premium headphone market.

It’s a tit-for-tat battle we’re rather enjoying, since it spurs each brand to reach greater heights. Unlike the battle between the two veteran film franchises in Alien vs Predator, no matter which brand wins this contest, we win too with even better headphones.

While Bose isn’t shy of giving itself top-billing, the brand’s latest earbuds may actually live up to the hype.

The Bose QuietComfort Earbuds went on sale October 2020. Since their launch, the price has dropped to around the £220 price point at various online outlets.

While there was a palaver about the Samsung Galaxy Buds Live kidney bean-shaped appearance, there’s something of a bean-shaped look about the QuietComfort Earbuds, too. Here though, the main body is slim and svelte in its appearance, made larger by a new iteration of Bose’s StayHear Max tip.

The idea behind the StayHear design is that every surface that touches your ear should be of a soft silicone for a more comfortable fit. I found the earbuds created a dull ache at first, but a slight fiddle to adjust the fit made them much more comfortable to wear over long periods. That they fit so securely makes the QuietComfort a good choice for workouts, too. In the box you’ll also find extra eartips (small and large, along with the default medium) to achieve the best fit for you.

The earbuds favour touch controls, and while they’re responsive to taps, functionality is slightly limited. A tap on the right earbud is for playback (start and stop), and you can take or end a call with the same action. A press and hold activates the voice assistant on a mobile device, while the same function declines an incoming call.

On the left, a double-tap cycles through noise-cancelling presets, while a press and hold enables the shortcut of your choice. However, that shortcut is limited to performing a battery check and skipping forward. An update has been made available for onboard volume control, so a swipe up or down will change the volume.

Let’s start on a slightly bum note – battery life is less than expected. Up to six hours is about average. It’s more than you’d get from the Apple AirPods Pro and it matches the Sony WF-1000XM3.

Despite that, the charging case includes only another two charges for 18 in total – that’s a third less than its closest rivals. It’s made more inexplicable by the size of the case itself. In truth, it’s of similar size to the Sony, but that only emphasises the difference in battery life.

The case’s hard plastic exterior makes it durable against knocks and drops. Inside are magnetised connections for holding the earbuds in place, as well as a button for Bluetooth pairing. The case clicks shut for added security, and on its front are LED lights that indicate the level of charge. The case supports both Qi wireless and quick charging. For the latter, 15 minutes of power provides two further hours.

Bluetooth connectivity is 5.1 and the earbuds more often than not pair without issue. While the connection has been very strong – no dropouts so far – there has been the odd issue with the initial pair as the earbuds go into a loop searching for the device. Putting them back in and out of the case resolved this. Bluetooth codec support is SBC and AAC.

The QuiteComfort Earbuds’ IPX4 rating guards against sweat and rain, reinforcing their sports-ready potential. In-ear detection means they auto play and pause audio when removed from the ear and re-inserted. There’s also the ability to answer a phone call when the right earbud is inserted (this has to be toggled on in the settings). With four microphones dedicated to calls, it seemed as if others could hear me clearly on the other end, while voices came through just fine.

Bose has been very confident about QuietComfort Earbuds ANC, labelling them the world’s most effective noise-cancelling earbuds. It’d be a bold claim from virtually any other brand aside from one obvious rival – but this is Bose we’re talking about.

Wearing them for the first time, the noise-cancelling effect is eerie in its silence. Sitting at a busy road junction, vehicles large and small were whittled down to an almost imperceptible hush. Cheers from school kids on the other side of the road at a bus stop were still audible, but rather than a group of 10 or 15, you’d guess there were only a few. And that’s without any music playing.

The Earbuds are dogged in their determination to suppress noise and consistent in how they ferry it away. Lining up at checkout at a supermarket, it felt like I’d just entered a void where little noise exists.

The adjustable transparency is responsive, and sliding it down not only makes you more situationally aware, but aware of how noisy everything is. Cleverly, wear one earbud and the noise-cancellation automatically switches to its lowest level, put the other in and you’re back up to full pelt. The QuietComfort Earbuds are phenomenally effective at suppressing sounds, and do so without colouring the music performance.

The Bose Music app (Android/iOS) has been refreshed since the Noise Cancelling Headphones 700 appeared on the scene. It looks and feels slicker, while remaining easy to navigate. A slight annoyance is the app loses connection as soon as the phone’s screensaver engages.

There’s no equalizer, but there is adjustment of the 10 ANC levels: volume control, in-app playback controls, ANC presets and shortcuts, as well as battery life and various other settings.

There’s no built-in voice assistant, but they can be accessed through your smartphone via the controls on the right earbud.

Just as good as its noise-cancelling performance is the QuietComfort Earbuds’ audio. They sound fantastic.

They summon plenty of power and energy, but can also be subtle, going for a neutral, clean and detailed approach. Treble notes have a sparkle, clarity and sharpness to their presentation. At times, it’s almost piercing in its quality.

A listen to For The Hungry Boy from Jonny Greenwood’s Phantom Thread soundtrack, and piano notes are handled in such a delicate fashion that you can hear the difference in the pressure applied to each note as it’s played. The presentation is impressively clean, nuanced and natural – so much so, that you’re left rapt by how much clarity the QuietComfort Earbuds bring to the sound.

That natural sound extends to vocals from Andre 3000’s in Outkast’s Church to Christina Aguilera’s in Hurt. The Bose find emotion and intimacy in performer’s voices, capturing changes in pitch, as well as affording voices lots of space to shine.

All this is underpinned by a confident bass performance. Both powerful and versatile, the Bose exhibits excellent control over low-end frequencies, as bass complements tracks such as Robin Thicke’s Would That Make U Love Me and DJ Khaled’s Wild Thoughts, rather than becoming the overriding focus that it can be with some earbuds.

Their excellence doesn’t extend to removing noise from tracks, which becomes notable in a track such as Hans Zimmer’s Message From Home. That said, the “noise” does sound cleaner than it does on some other earbuds.

Rhythmically the QuietComfort Earbuds excel, maintaining an impressive sense of timing, and the soundstage they present is big and spacious, full of detail in the mid-range and populated by tonnes of clarity. Dynamically, they’re virtually flawless, communicating the difference between highs and lows with an impact that demands your attention.

Listening to Michael Giacchino’s Saving Metroville and the orchestra isn’t relayed as one indistinct whole, but as individual instruments that make up the whole. The description of how the instruments sound is spot on, as is their place within the soundstage – from a brass instrument that’s far off, to one that’s closer. The pitch and timbre of the track is something the QuietComfort Earbuds revel in.

These are an outstanding and musical-sounding pair of earbuds, happy to play any track you ask them to and they do it well. They’re certainly among the best, if not the best that you can get.

You desire the best noise-cancelling performance: Even with the release of the Sony WF-1000XM4, the Bose remain the best in the game for noise cancelling.

If you want longer battery life for the outlay: For the price, you’d expect more than just 18 hours of  battery. Bose are clearly thinking quality over quantity,, but the stamina is way down on its rivals considering the asking price.

Bose makes its mark with the terrific QuietComfort Earbuds. They sound brilliant and noise-cancelling performance is imperious. Aside from battery life that comes in behind that of its closest rivals, these are a sensational pair of earbuds from Bose. 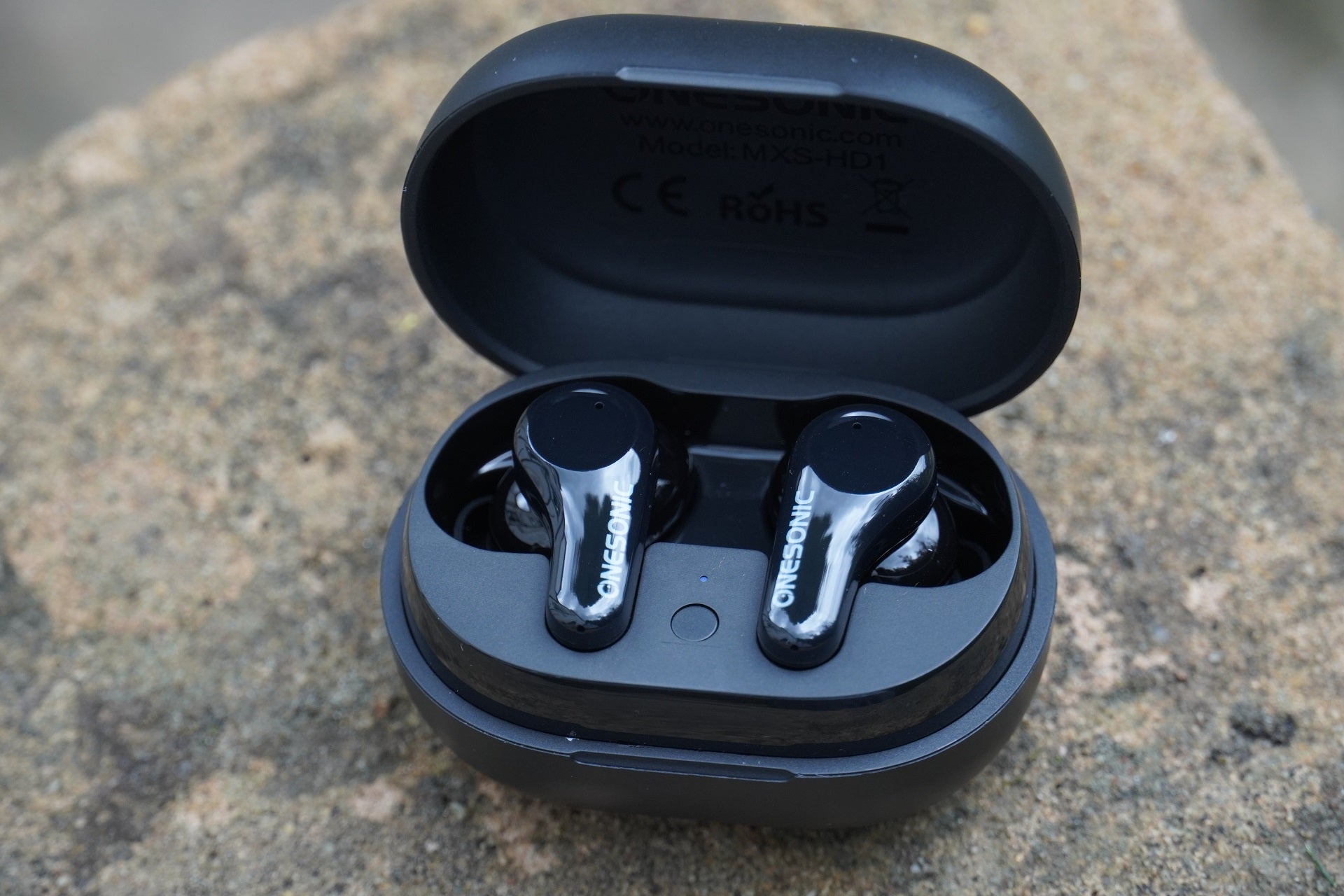 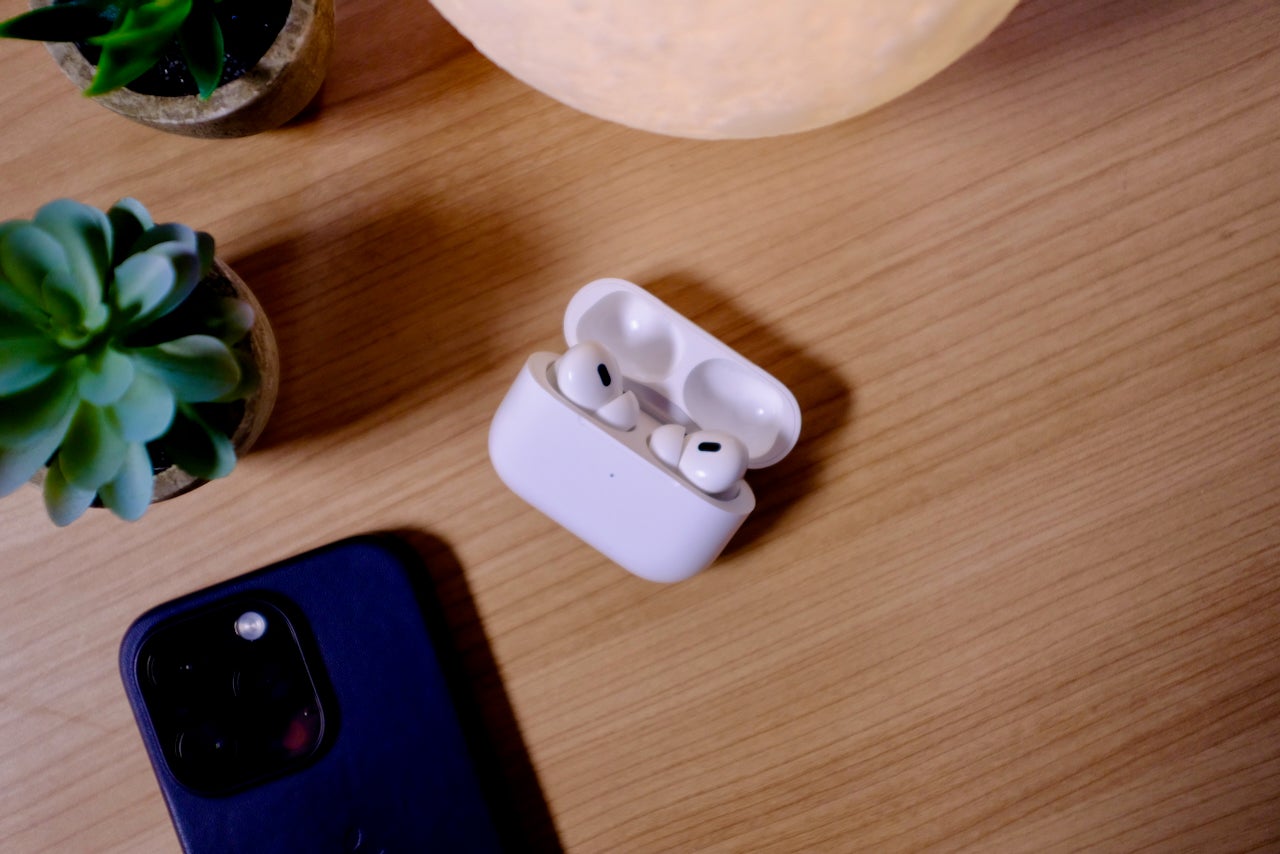 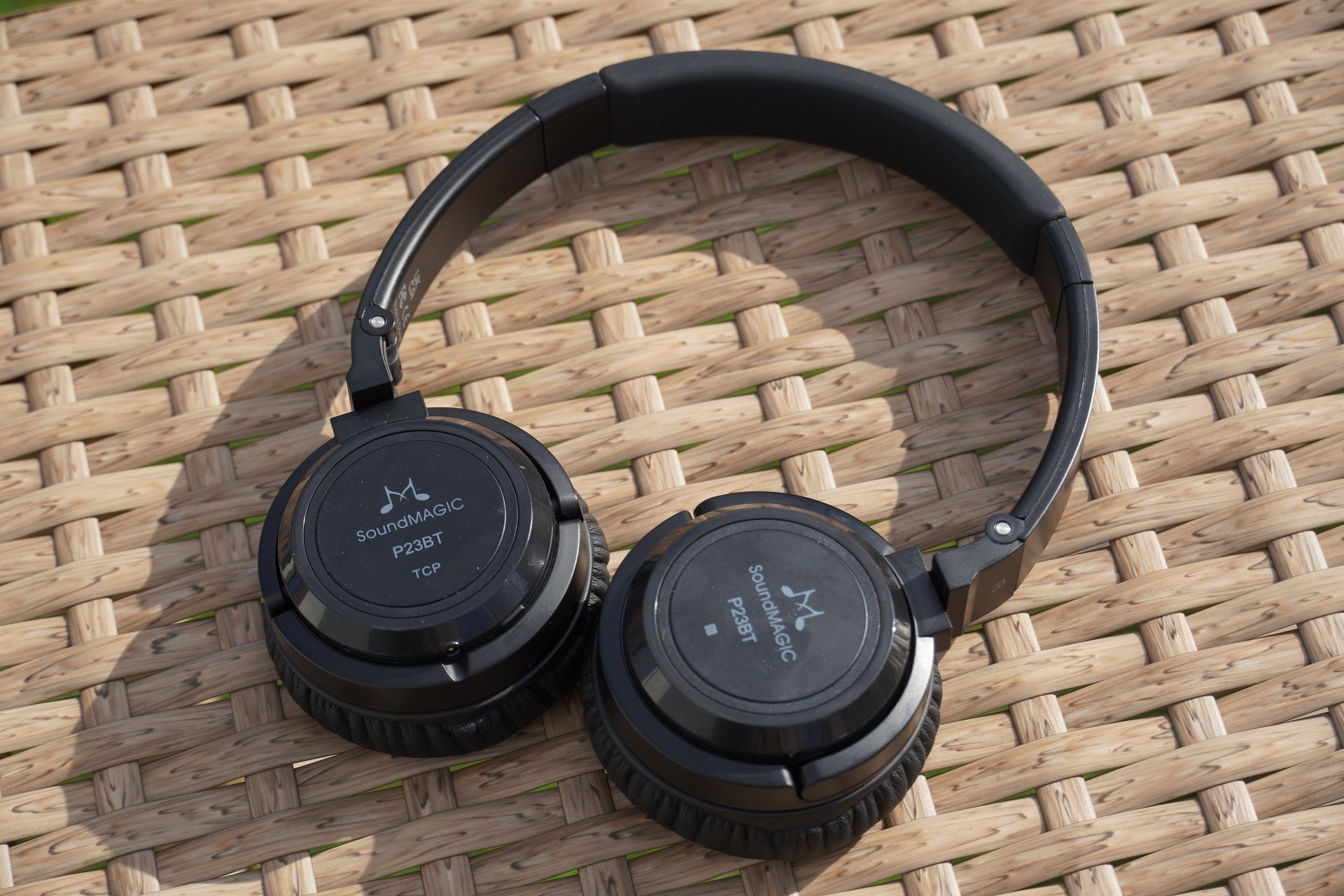 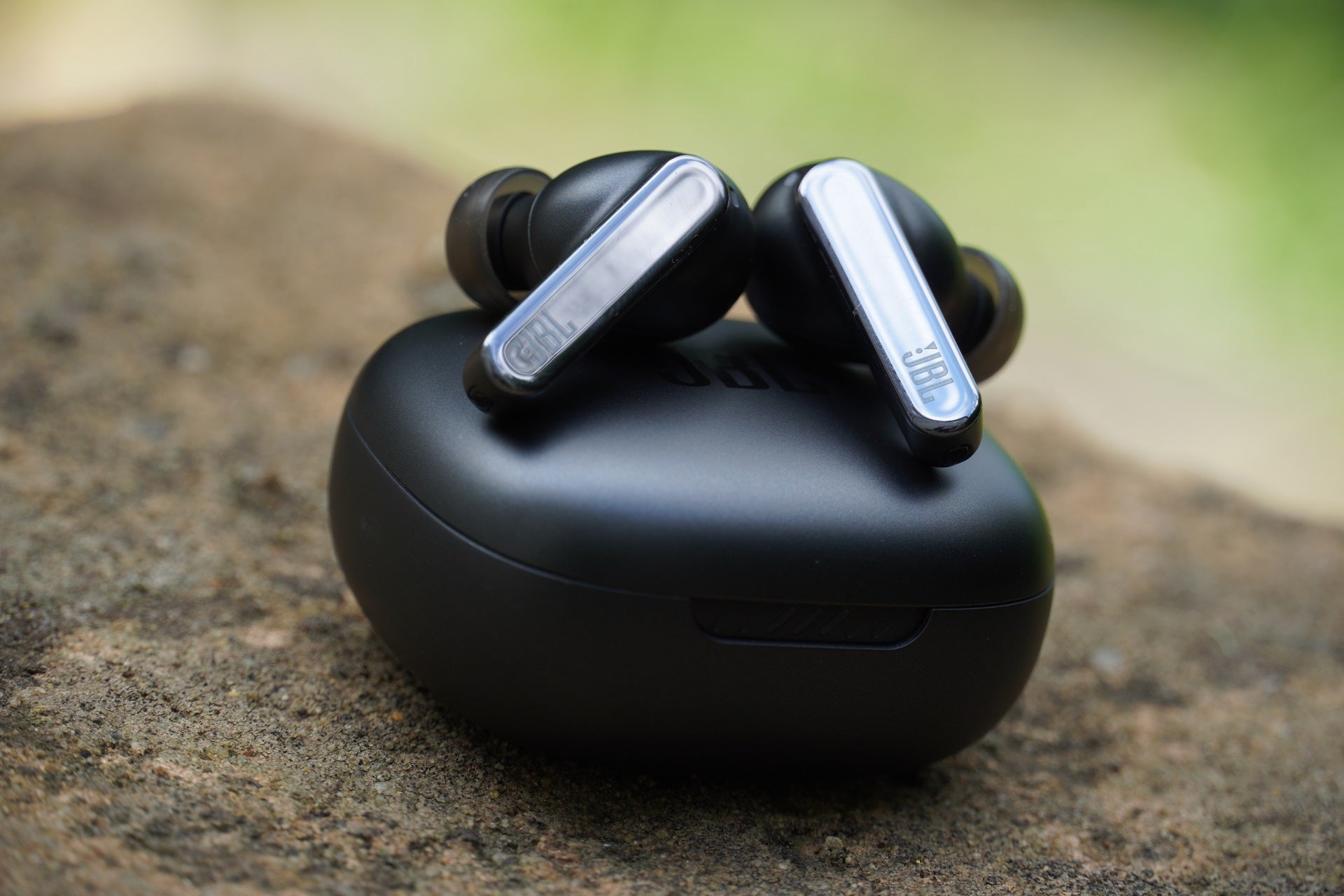