The best music streamer around

There are quite a few reasons to invite the Bluesound Node 2i streamer into your audio system. There’s its ability to fit into Bluesound’s wider multi-room range of audio products, making your whole-house entertainment setup even more adaptable.

There’s its luxuriously extensive set of features and facilities, too – you’d really have to wrack your brains to come up with an audio scenario the Node 2i couldn’t contribute to.

And then there’s the prodigious effect it has on your music. I’ll be rhapsodising about that a little later on. Plenty of compelling reasons to consider the Node 2i, then.

Although you may have noticed I haven’t listed “the way it looks” among them.

Not that there’s anything repellent about the Node 2i’s appearance. It’s just that, even by the functional standards of most mainstream audio equipment, the Bluesound looks anonymous.

It’s a small (22 x 5 x 15cm), round-cornered slice of metal and soft-touch plastics. Up-front there’s just a logo; on top some rudimentary controls. You’ll find all the in and out sockets around the back– except for the 3.5mm headphone output, which sits at the front.

The box feels nice enough; it’s obviously been constructed with care and appears built to last. In its alternative white finish it’s a little more decorative – but there are no two ways about it, the Bluesound Node 2i doesn’t shout “look at me! I cost £500!” when it’s on your shelf.

Bluesound Node 2i features – Lots and lots of features

What the Node 2i lacks in visual pizzazz it more than makes up for in features. “Exhaustive” is too weak a word for the facilities Bluesound has packed in here.

Starting from the inside out, the Node 2i takes liberal advantage of all the hard work recently done by Bluesound’s sister company NAD. 2017’s NAD Masters Series M50.2 is a £4k ripper/music streamer of widely acknowledged excellence, and Bluesound has included quite a lot of its architecture and circuit layout in the Node 2i. 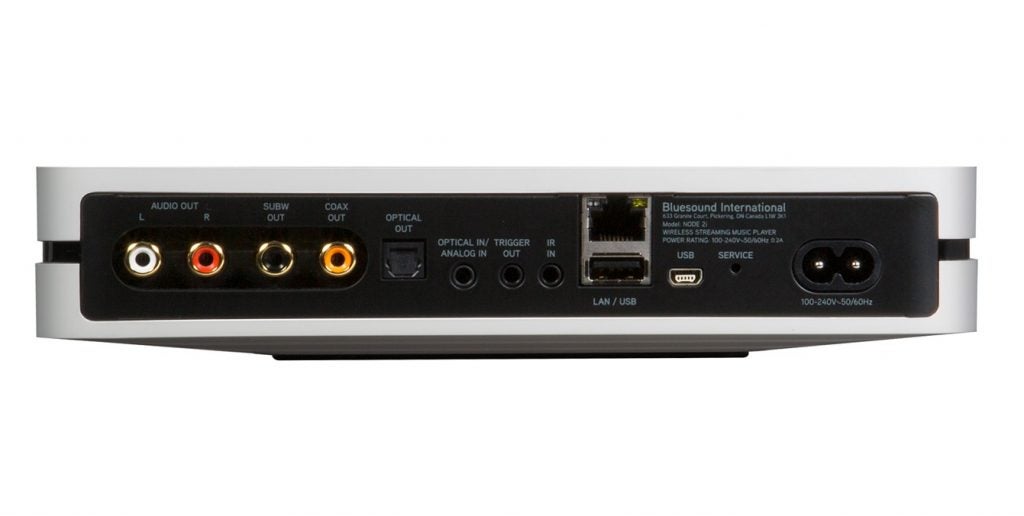 The 32bit/192kHz DAC from the original Node streamer is carried over to the 2i, which is no bad thing – it’s a hugely capable and rather over specified converter, able to deal with all but the very highest of high-resolution digital audio files. 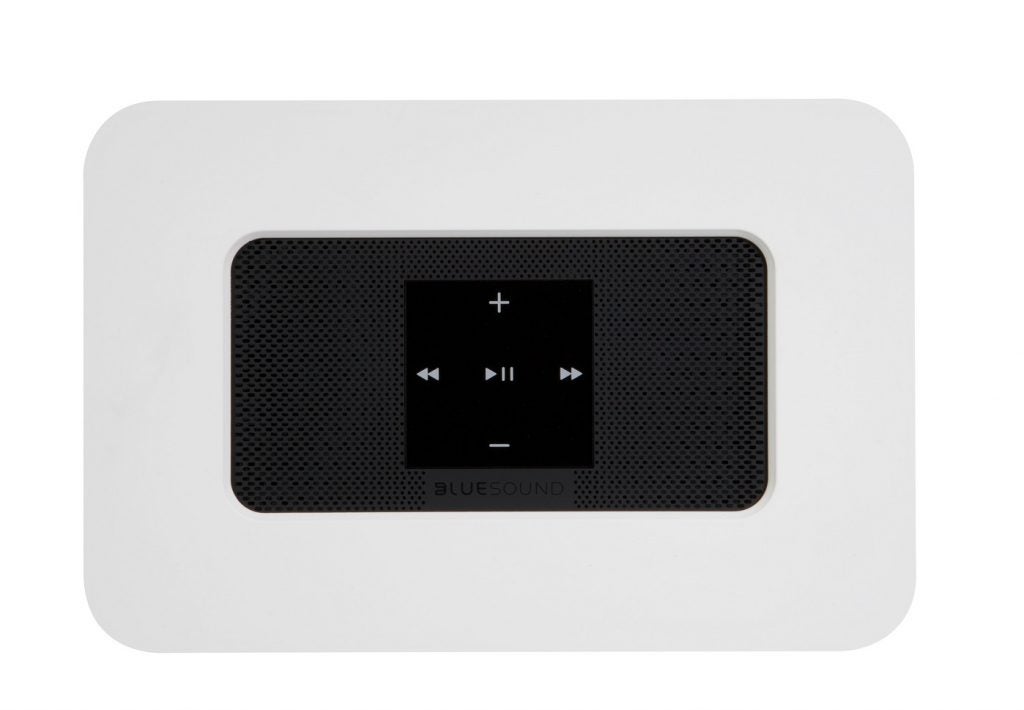 Control is via the BluOS Controller app – it demonstrates the same strengths (it’s clean and clear) and weakness (quite easily confused by being at the same time as, say, the Spotify app) as when we most recently used it with Bluesound’s splendid Pulse Soundbar 2i. The app is home to a host of music streaming and internet radio apps, and it’s the app that lets you integrate the Node 2i into a wider Bluesound system.

Of course, you may not equate wireless audio convenience with a lot of staring at your smartphone, so the Node 2i can be shouted at via the skill in the Amazon Alexa app.

No matter if you chose to listen to music via the Node 2i whilst hard-wired into your existing audio system, streaming wirelessly to a Bluesound speaker somewhere in your home, or to some wireless headphones, the authority the Node 2i brings to bear on your recordings is, to a lesser or greater extent, the same. It’s thrillingly accomplished in every aspect of music reproduction.

Want a big, well-defined and spacious soundstage for your music to exist on? No problem – the Node 2i establishes a wide, deep stage and organises individual instruments on it in a wholly believable manner.

Want punch, drive and dynamism from your music? The Bluesound can switch from tiny atmospherics to full-band “last number of the night” attack in an instant. It hits hard, but with plenty of control – even when listening to something as hectic and lo-fi as “You Think You’re A Man“ by The Vaselines, the Node 2i remains fully in charge.

In every way, the Node 2i makes the most of your music. Whether it’s an MQA file of Daniel Avery’s “Diminuendo” that thumps along at quite a clip, the Bluesound squaring all the bass activity away tidily; or a Spotify stream of Horace Andy’s “Skylarking”, in which all the fine mid-range details that give Andy his unmistakable vocal character are revealed in the most effortless manner.

Its powers of resolution are obvious. Its ability to organise a recording so that timing sounds natural and organic is better than any price-comparable rival. And its ability to extract the smallest subtlety of a recording, whether in a vocal inflection or the intensity of a piano-key strike, is enough to turn “a quick listen” into an all-night session.

You should buy the Bluesound Node 2i if…

This, for once, is an easy one. You want a Bluesound Node 2i because you’re transported by its music-making abilities and seduced by its multi-room convenience. no other streamer at anything like this money will satisfy in the same way.

You’ll want a Node 2i because your existing audio kit is too good to need replacing but doesn’t have streaming capability. In that sense it’ll work wonders.

You shouldn’t buy the Bluesound Node 2i if…

Bluesound’s control app is not always the most stable, so if you do opt for the Node 2i, we’d suggest you be tolerant of its sometimes aggravating control app