MQA is a new way to deliver digital audio, to pack an incredibly data-hungry analogue or, more likely, digital source into a form we average phone-holding folk can consume: a stream or download.

It’s a solution to a very ‘now’ problem: in this era of Hi-Res Audio, how can you deliver top-quality lossless sound without zapping everyone’s data allowance or having to buffer constantly on anything but the best connection?

MQA has the potential to become the lead format for the streaming side of the audio revolution that the marketeers hope is about to take place.

To give you a rough idea of the data it’ll require, MQA can pack up the information from a lossless 24-bit 192kHz PCM file into the sort of space you’d need for a ‘lowly’ 16-bit 44.1KHz stream. That’s CD-quality, and takes up around 1-1.5mbps per channel, within reach of a good 3G connection, and a cinch for a reasonable 4G one.

So if an MQA file uses PCM data deep down, what’s PCM then? It stands for ‘pulse-code modulation’ and is pretty much the standard way to store digital audio when you’re not trying to desperately conserve data. For example, the stereo audio tracks of DVDs and Blu-rays will generally be pure PCM. 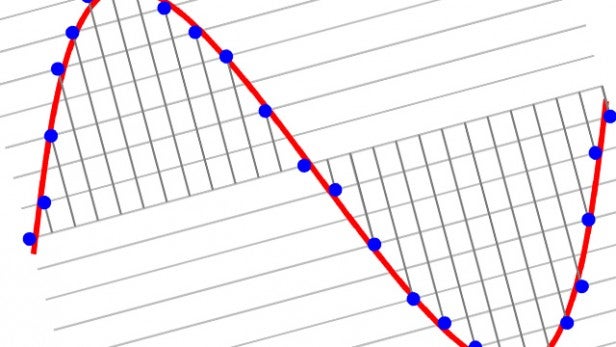 But back to the main event: MQA stands for Master Quality Authenticated, and was established by Meridian Audio, one of the biggest names in what we might snobbily call ‘real’ hi-fi. It’s British, too.

Meridian Audio produces DACs, amps and speakers as well as software like MQA, but they’re far out of the reach of most buyers. Unless it’s a total flop, MQA will easily be the company’s most influential and wide-reaching creation to date. It was announced in 2014, and was reportedly in the works for five years in the run-up.

Where will we get MQA?

If it’s to bring hi-res audio to the masses, where will we able to get MQA? Well the big deal is that Meridian Audio has partnered with 7Digital.

Some of you will have heard of this company, some will not, but it’s what provides several of the smaller streaming services with audio. These include Tidal, Pure, HMV Digital and Technics Tracks. No, not Spotify or Deezer. But we’re expecting more partnerships to be announced this year.

So, MQA is not going to remain the preserve of audio beardies who only buy music from studio master portals that basically only sell jazz albums.

Of all of 7digital’s partner services, you may have heard of Tidal the most recently, because it’s the Spotify rival headed-up by Jay Z, backed up by a choir of other big names including Kanye West, Arcade Fire, Madonna and others. However, we were initially introduced to it last year as a much smaller affair, a streaming service that puts a bit more emphasis on sound quality than most. 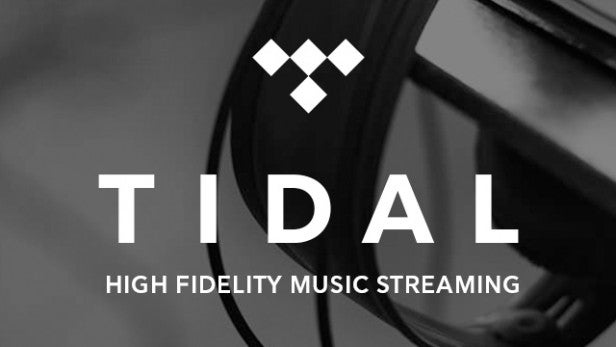 However, don’t expect all your future streams from Tidal and the like to use MQA. It’s only really designed to transmit very high-quality streams, with standard FLAC or ALAC (its Apple equivalent) still very much relevant for lossless CD-quality audio.

It’s when we leap from 44.1KHz, 16-bit to 192KHz, 24-bit-grade audio that MQA comes into its own. “There is no fixed date to start MQA streaming by Tidal,” we were told by a spokesperson, but it is certainly on the way.

If your setup can handle those sorts of streams you should also not (in theory) need any new hardware, if you have something new enough to warrant an update by a manufacturer charitable enough to create one. MQA isn’t a brand-new way of encoding audio data, it’s not a DSD-style ‘revelation’, but rather is a novel way of packing up music files we’re otherwise much more familiar with.

In theory, existing DACs and players should be able to deal with MQA following a software update. Of course, cynical companies may not provide that upgrade and instead use this as an excuse to release new hardware claiming to offer ‘next-generation’ Hi-Res Audio support. We’ll try to stay optimistic.

How does MQA work?

So if MQA is some sort of magic solution for the practical issues of trying to roll-out Hi-Res Audio, how does it work?

This is the bit that might take a little time to get your head around. MQA isn’t really a direct rival to something like the FLAC codec, because MQA streams can actually be delivered within the FLAC container. Or ALAC, the Apple lossless format, or WAV.

Exactly how it does this requires a bit more explanation that we need to go into here, but it’s a sign of why MQA might be so important. It doesn’t demand a whole new order of audio hardware.

Instead, MQA is a way to pack up raw PCM audio data before it reaches that stage. To really understand it, we have to start at the basics. 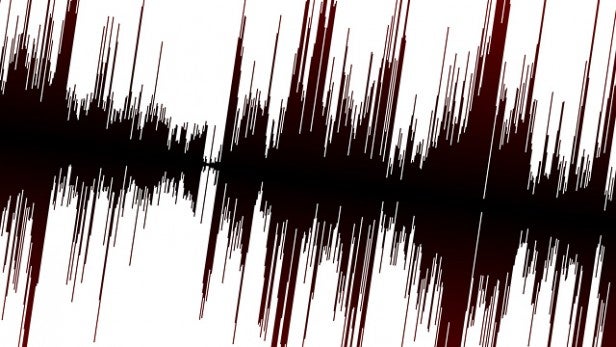 Going from analogue music to digital is basically a process of reducing sound to a number of snapshots per second, a bit like the frames that make up a film. With ‘CD quality’ 44.1KHz, you get 44,100 of these snapshots per second, and with Hi-Res audio you get significantly more, often with 96,000 or even 192,000.

One of the core ideas behind MQA is that more than one snaphot’s worth of data can actually be crammed into each snapshot, because of how little of the thing is actually used up by data relevant to the music being represented. Think of it as a notepad page with excessively large margins, if that helps. Stereophile editor John Atkinson uses an origami metaphor, the idea of folding a sampling rate in on itself: whatever works.

This allows MQA to represent the data from a 192KHz stream folded into a 96KHz file, radically reducing the size of Hi-Res audio.

At present there are two quality rates of MQA talked about, a ‘download’ quality that uses about 3Mbps for a stereo feed and a ‘stream’ quality that requires uses 2Mbps, each representing a different sampling rate. ‘True’ high-res uncompressed 24-bit, 192KHz audio uses up just over 9Mbps. There’s a huge difference, and streaming raw lossless audio over a mobile internet connection just isn’t feasible at present.

One very neat element of MQA is that even hardware that does not specifically support it will be able to ‘decode’ 44.1KHz, 16-bit audio from it.

Here’s the biggie: should you care? Does it matter? From a technical perspective MQA is very interesting, but as with anything to do with the current Hi-Res Audio, needs to be viewed in the right context. And that is not something Meridian Audio currently supplies.

For starters, in demonstrating MQA it compared its audio streams to 128kbps MP3s, which no-one in their right mind has been listening to since the turn of the millennium. The ‘quality-to-convenience’ chart on its website is also potentially misleading. 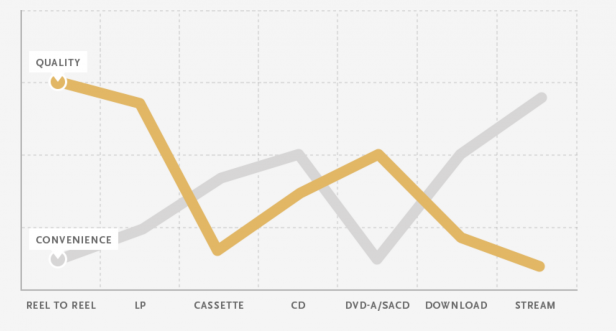 Is streaming really the nadir of audio quality? Absolutely not. Even Spotify, which doesn’t bang on about how high-quality its streams are, offers a quality option that, for most equipment and ears, will be indistinguishable from lossless audio.

If we’re to take the above chart as chronological, as its layout suggests, we should really see an uplift in quality: ‘download’ and ‘stream’ quality is not one single thing after all, is it?

Spotify Premium user? Check out the Settings part of the app you’re using and you’ll find an Extreme quality option, which uses 320kbps OGG audio. Is it lossless? Is it Hi-Res? No to both, but if you’re worrying about the difference without having spent thousands on headphones or hi-fi equipment, you’re doing it wrong.

It’s easy for some people to get audio OCD over bit depths and sampling rates, but remember: it’s all pointless if your ears can’t tell the difference. So make sure you put them to the test with some demos before spending too much money, or time, on getting your home setup MQA-ready.