If anyone thinks this camera looks a little bit familiar, then they win ten points for keen observation, although minus several million for being an obsessive camera nerd. That’s my job, so you can just go and find your own gig. However you’d be quite correct. The BenQ DC X600 is in fact a licensed version of the Pentax Optio S6, which I reviewed here just a few weeks ago. 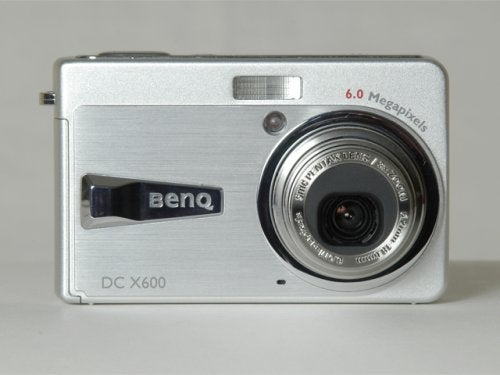 A licensing deal like this makes a lot of sense for both Pentax and BenQ. It gives the latter a handy gateway into the lucrative digital camera market and saves them a fortune on product development, while Pentax is able to make a tidy profit from the licensing rights to an existing product and help keep itself in business. Pentax must have seen the demise of long-established brands such as Minolta, Contax and Bronica with some trepidation. Despite making some outstandingly good and innovative cameras, it has always played in the second division behind market leaders Canon, Sony and Olympus, and I know from personal sources that things have been a bit tight in the Pentax camp this past year.


Of course Pentax is no stranger to licensing. Its popular PK-bayonet SLR lens mount has been the standard for the cheaper end of the hobby SLR market for decades, as the huge number of Pentax-fitting lenses in the second-hand window of your local camera shop will attest. By licensing models such as the X600 and the newly-announced Samsung GX-1S digital SLR (actually, a version of the *ist DS), Pentax is able to stay in the market and develop new models such as its forthcoming 10 megapixel DSLR and especially the exciting 18 megapixel medium-format DSLR announced at this year’s PMA camera show. You can rest assured that I’ll be reviewing those cameras when they’re launched later this year. 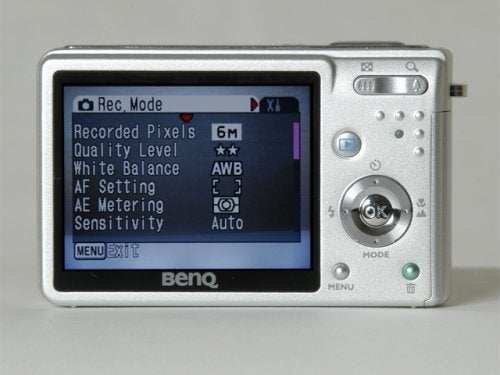 In the meantime though, the BenQ DC X600 awaits our attention, so let’s take a look at it. Not surprisingly, from the outside it looks very similar to the S6, although the design of the front fascia is slightly different, as are a couple of the trim details. It has the same strong all-metal body, the same compact external dimensions (just 19mm thick) and the same 2.5-inch high resolution 232k pixel LCD monitor. The 3x optical zoom lens is identical…in fact, why don’t you go and read my review of the Optio S6, and then come back when you’re done? Don’t worry, I’ll wait for you. I’ll have a cup of tea while you’re gone.

Ah, you’re back. Right, now you know what the Optio S6 looks like, I’ll tell you how the X600 differs from it. This isn’t simply a re-badged version of the same camera, since that would be a foolish move on Pentax’s part, and would undermine sales of the S6. Although it is very similar, the X600 lacks a couple of the S6’s features, thus justifying the higher price for the Pentax-branded product. The S6 currently retails for £224.89, while the X600 has an RRP of around £200 and an online prices of around £180. 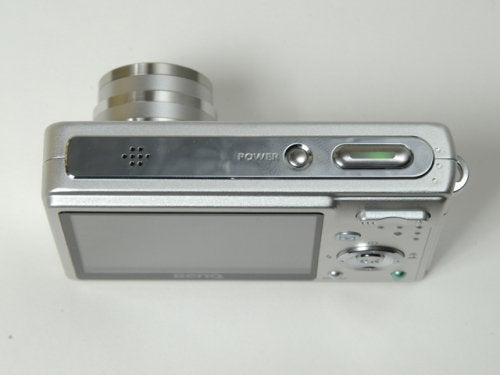 The most noticeable difference, from the outside at least, is the slight re-working of the front panel. It lacks the Pentax’s distinctive high-grip concentric-circle design, opting instead for an attractive but much more slippery brushed-steel look. It makes up for the lack of tactile texture with a slightly enlarged protruding finger rest detail, and also adds a couple of extra bumps on the rear thumb rest area on the rear panel, so the camera still handles well. Also missing from the front is the receiver for an infra-red remote control, which sits just above the lens on the S6. No such accessory is available for the X600, so that’s one extra expense that could be cut.


The only other difference in the camera itself is on the inside, or rather in the software. I had been told that the X600 had fewer menu options than the S6, but after and exhaustive trawl through all the options I was beginning to think that someone had made a mistake. Every option is in place; the excellent 640×480 movie mode with image stabilisation, the active continuous focus mode and the multiple metering options. Even the ghastly frame composite option is still there, although the choice of frame overlays that you can add to your photos is, if anything, even more appallingly hilarious than on the S6. Choose from floating hearts, a lovely composition of teddy bears and ribbons with a “happy birthday” message, or a surrounding border of very badly drawn pastel coloured flowers that would have Chuck Norris questioning his sexual orientation. I’d love to know who thought of adding those to the options, because I swear they are pure comedy gold. However those aren’t the differences I was looking for. 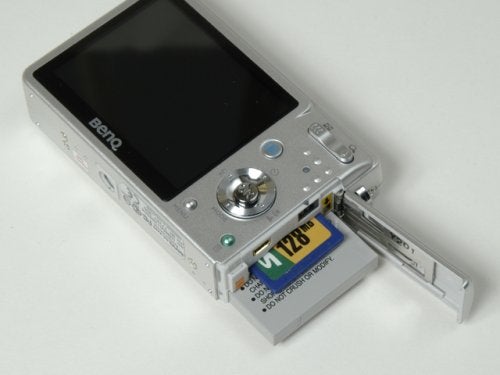 Then I spotted it. There was one option missing from the program shooting modes list; panorama stitching assist. Now I’ve used hundreds of digital cameras to take tens of thousands of pictures (no exaggeration: I’ve got a 120GB hard drive that is completely full of digital photographs) and as far as I know I’ve used panorama stitching assist exactly once, so I really don’t think I’m going to miss it on the X600. 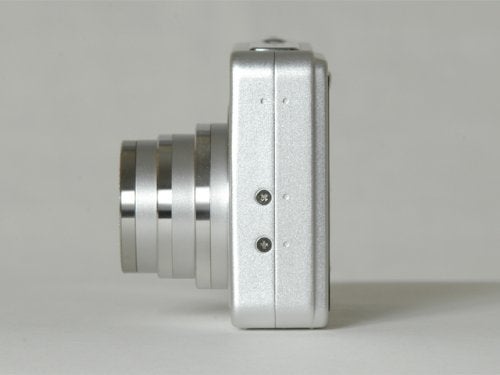 The only other difference between the X600 and the S6 is the supplied software. The X600 comes with a nice suite of Ulead software, including Photo Express 5SE, Photo Explorer 8SE Basic and VideoStudio 8SE VCD. In my opinion this is actually a better software package than the programs that come bundled with the Pentax.


Other than those few tiny differences, the BenQ DC X600 is identical to the Pentax Optio S6. If you can live without the option of an infrared remote control or panorama stitching assist, then you can save yourself a few quid and get one of these instead.


If you’re looking for an ultra-compact camera that can deliver good quality pictures with a minimum of fuss, the BenQ DC X600 should certainly be near the top of your list. It is well made, attractively designed, and is one of the smallest and lightest cameras on the market. It has enough options to cope with virtually any shooting conditions, and its excellent low light focusing and flash performance are a big bonus. Considering its very competitive price and the X600 is hard to beat. 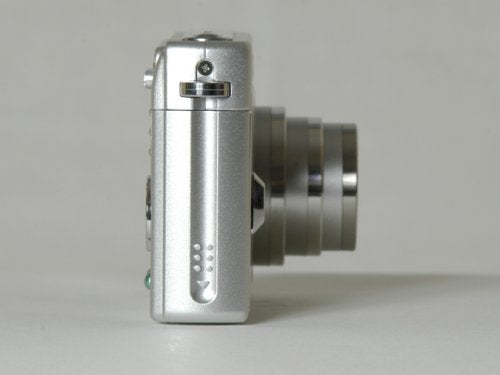 
Note: These ISO test shots were taken on a very wet overcast day when to be honest nobody in their right mind should be out taking photos, and the haze in the pictures is a result of the lousy weather, not the camera. For these shots, and most of the others, sharpness was set to low. 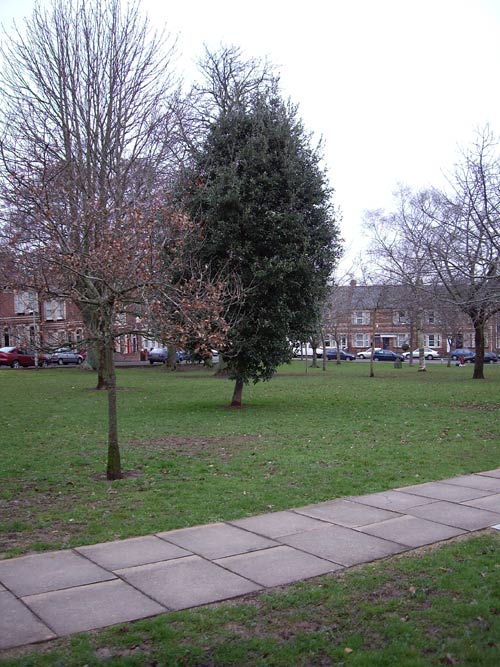 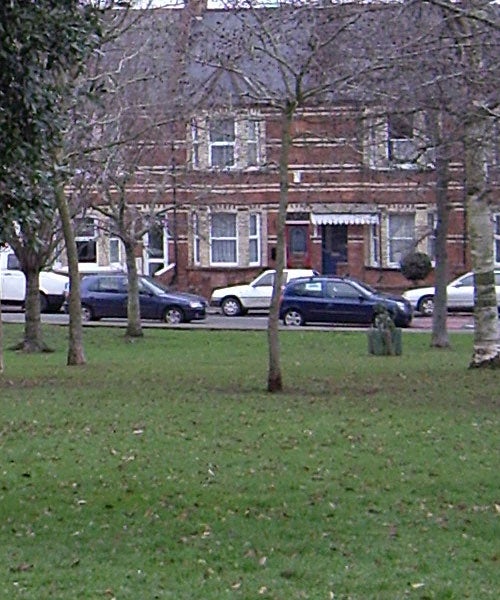 Shooting at the minimum sensitivity of 64 ISO produces the best image quality, with good colour reproduction and no image noise. 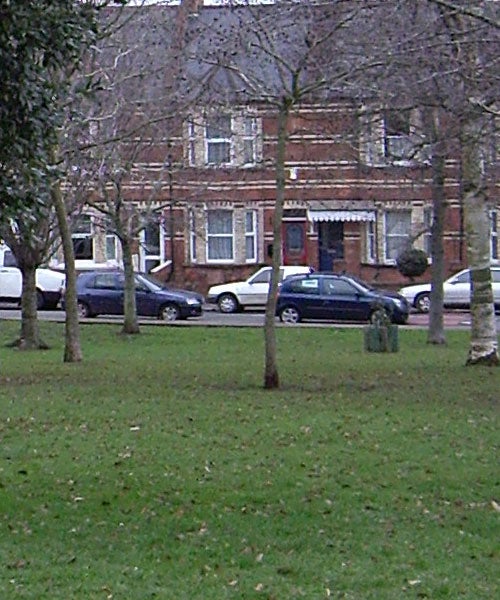 At 100 ISO there is still no image noise and the picture is nice and smooth. 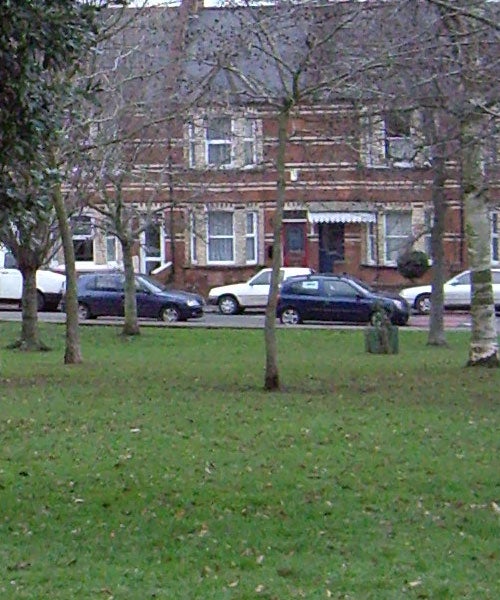 At 200 ISO there is some noise starting to creep into the darker areas of the image, but the overall result is still very good. 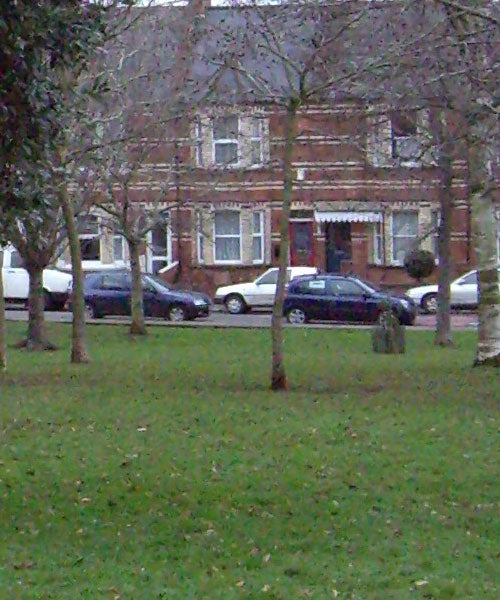 At the highest sensitivity setting of 400 ISO there is a good deal of image noise in all areas. This setting should be avoided under most circumstances. 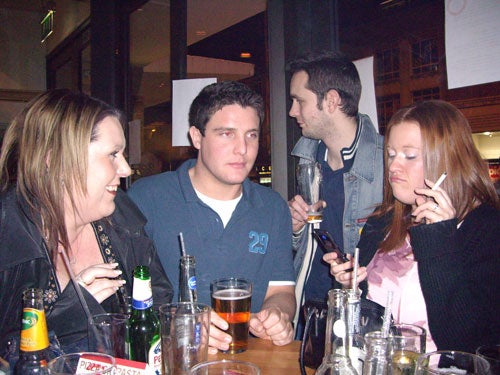 With a flash as powerful as the one on the X600, I have no idea why the exposure system would feel the need to push the sensitivity up to 400 ISO for a shot like this, resulting in a lot of image noise. 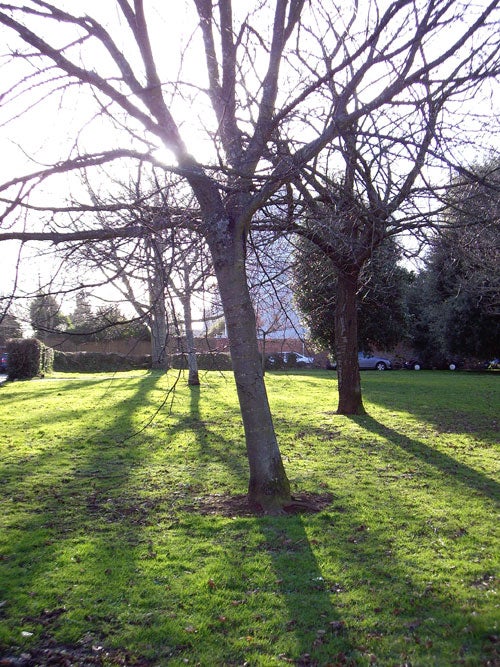 The same shot but taken using forced flash, which is powerful enough to fill in the shadows on the tree despite the bright sunlight coming the other way. 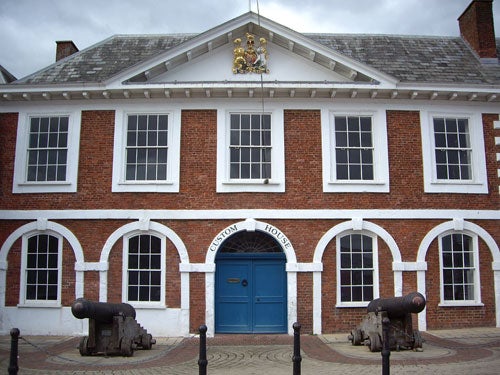 The X600 uses the same improved Sliding Lens System as the Optio S6, which produces much less barrel distortion, although there is still some curvature visible in this shot. 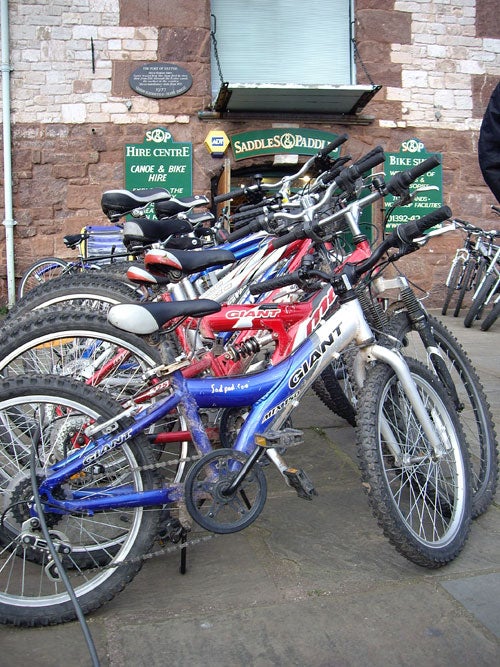 The X600 produces very natural colour rendition, possibly even a little under-saturated in this shot. 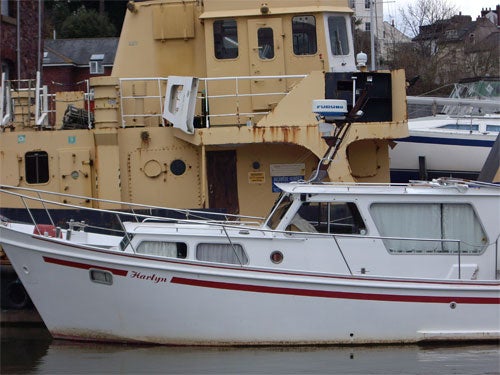 Taken from the same spot as the previous shot, this shows the full zoom extent of the X600’s lens.