From its 360-panning ability to its simplified app, Asus has created the ideal smartphone gimbal for beginners in the ZenGimbal. It doesn’t quite topple established veterans like DJI and Zhiyun, and the issues with the iOS version of the app make it impossible to recommend for iPhone users. But for those looking to shoot more professional looking content with their Android smartphone, it’s a great starting point.

Asus has thrown its hat into a new market, taking on the likes of DJI and Zhiyun with the Asus ZenGimbal.

Typically known for its laptops and the usually terrific Zenfone series, Asus has released its first ever smartphone gimbal, simply titled the ZenGimbal. Given that the company already makes smartphones, it’s not too much of a stretch to understand why Asus is branching out into this area, but there’s one question that needs to be answered: can Asus outdo industry go-tos like DJI?

After all, DJI has moved through five generations of updates to end up at its latest gimbal, the DJI OM 6, and that benefits from a great deal of understanding over what content creators and smartphone filmmakers actually need. Zhiyun is also catching up with the Smooth Q4 proving to be a formidable device in its own right and with a lower price tag to boot.

Even with the company’s expertise in the tech world, it’s definitely an uphill battle for Asus and its first generation gimbal.

From a design standpoint, Asus has clearly taken some inspiration from the likes of the Zhiyun Smooth 5 with an all-black aesthetic and a somewhat atypical folding mechanism. But it’s been dialled back somewhat to make the control layout far more forgiving for beginners.

There are only two front-facing buttons for recording and swapping through modes, alongside a joystick and a zoom slider on the side. This setup might be a bit too simplified for professionals, but I think it makes for a great starting point for anyone buying their first gimbal as they can wrap their head around the mechanics without feeling bogged down by too many inputs.

Annoyingly, there isn’t any form of rubberised material on the handle to help with grip. This isn’t to say that the ZenGimbal feels slippery in the hand, but it doesn’t contour itself to match a natural holding position like the Zhiyun Smooth Q4.

The clasp is also positioned to attach near the base of your phone, as opposed to the middle. Luckily there is a counter-weight included for people who use a larger/heavier phone like the iPhone 13 Pro Max, but it’d be so much simpler just to have the clasp positioned in the centre of the device like most other gimbals. There’s even a small tripod included to keep the gimbal in place when propped up on a table or a ledge.

The aforementioned folding mechanism is a tricky design to wrap your head around as well. With extended use I’m sure that anyone could become a whizz at storing the ZenGimbal, but more often than not I found myself struggling to remember the exact steps required to successfully pack it away. I can understand Asus wanting to stand out from the competition, but when the design has been almost perfected elsewhere, a bit more inspiration in this department wouldn’t have gone amiss.

The beginner-friendly approach isn’t limited to just the Asus ZenGimbal design – you can feel the sentiment continue the moment you open the accompanying Asus Shot app. There are two large buttons at the top of the homepage for ‘Video’ and ‘Photo’, letting users dive straight into capturing whichever type of content they’re after. Below them are two rows: ‘Album’ which lets you see anything you’ve captured within the app, and ‘Tutorial’ which links off to a few step-by-step video guides so users can get to grips with the gimbal.

It’s the simplest interface I’ve ever seen on an app for a smartphone gimbal, and it almost makes competing apps seem cluttered by comparison. Luckily, there’s a bit more substance lurking beneath the surface when you actually jump into the capture screen. Beyond the standard photo/video modes, you also have access to hyperlapse, time-lapse and panorama capture that all work well in operation.

It’s the subject and object tracking modes that steal the show for me however, offering up incredibly smooth footage and working just as well as the tech you’ll find on competing gimbals. I only wish that the gimbal itself could move at different speeds depending on how much pressure you apply to the joystick. At present, you have to select your moving speed in the app’s settings and this makes for a rather clunky experience that means you have to think about the type of panning shot you want ahead of time to make sure the speed is lined up correctly.

Unfortunately there is one massive letdown that’s hard to look past – the Asus Shot app is unusable on iOS. For whatever reason, any footage captured on the iOS version of the app comes out with a choppy frame rate that absolutely ruins anything you’ve taken. This issue doesn’t affect the Android version so if you have an Android phone then you needn’t worry, but for now, iPhone users should stay clear until Asus can fix the app.

The Asus Shot app might let the ZenGimbal down in some areas, but any lost love is easily won back by how competent the device is when out filming. For starters, the ZenGimbal is near silent in operation. Every gimbal I’ve tested so far does emit a small sound when the motors are in motion, and while they don’t ever get picked up by the camera, it’s still something that the user can hear while filming.

With the ZenGimbal on the other hand, I am amazed by just how quiet the device is – clearly Asus has done something to dampen the sound of the motors and I can say that I’m thoroughly impressed. Moving onto the experience of actually filming, the best thing the ZenGimbal has going for it is its ability to pan 360-degrees continuously without ever getting caught by a threshold.

This means that you can get some incredible footage of a town square or a busy city location without needing to physically move your position. Just keep your thumb pushed to either side of the joystick and the ZenGimbal will do the rest. There’s even an impressive amount of vertical rotation, to the point where you can keep panning upwards to get an upside down shot of yourself holding the gimbal (although I’m not sure why you’d need that).

What this amounts to is a gimbal that is extremely forgiving to complete amateurs. With other gimbals, there is a slight learning curve towards understanding the various thresholds wherein the motors will have to reset to the default position if they’re moved too far. This simply isn’t the case here, meaning that beginners can just enjoy capturing footage without worrying about any additional considerations.

There’s even an instant selfie mode which sees the phone flip around to face you when you triple press on the joystick. Pair this with the included tripod mount and it couldn’t be easier to shoot to-camera segments when you get a chance to sit down.

The ZenGimbal comes with a battery capacity of 2900mAh and while Asus hasn’t made a direct claim with regards to battery life, I’ve found it to be more than enough to get at least several days of shooting in the bag before needing to reach for the nearest charger.

You want an entry-level gimbal:

In many ways, the Asus ZenGimbal is the best of its kind for beginners, with 360-rotating that lets users film to their heart’s content without worrying about the limitations of the motors inside

You own an iPhone:

Until Asus can fix the issues with the iOS version of the Asus Shot app, iPhone users should stay away completely and instead seek out a gimbal from the likes of DJI or Zhiyun.

Even though it’s going up against competitors that have been in the market for quite some time, Asus’ first smartphone gimbal is an impressive device. The simplified app – not to mention the back to basics control scheme and the unencumbered 360-rotation – make the ZenGimbal an easy recommendation for beginners looking to make their first steps in capturing steady, eye-catching content with their smartphone.

The slightly unorthodox design, not to mention its lack of now commonplace features like an extendable rod, mean that more enthusiast content creators will still be better served by gimbals like the DJI OM 5 and the Zhiyun Smooth Q4. And right now, iPhone users should stay well clear of the device until Asus can make the accompanying app usable with iOS. For everyone else, the ZenGimbal is definitely worth a look.

The Asus ZenGimbal was tested with both an iPhone and Android phone in a variety of different locations. The device was used as the reviewer’s primary gimbal for a full week before being scored.

Tested with both Android and iOS 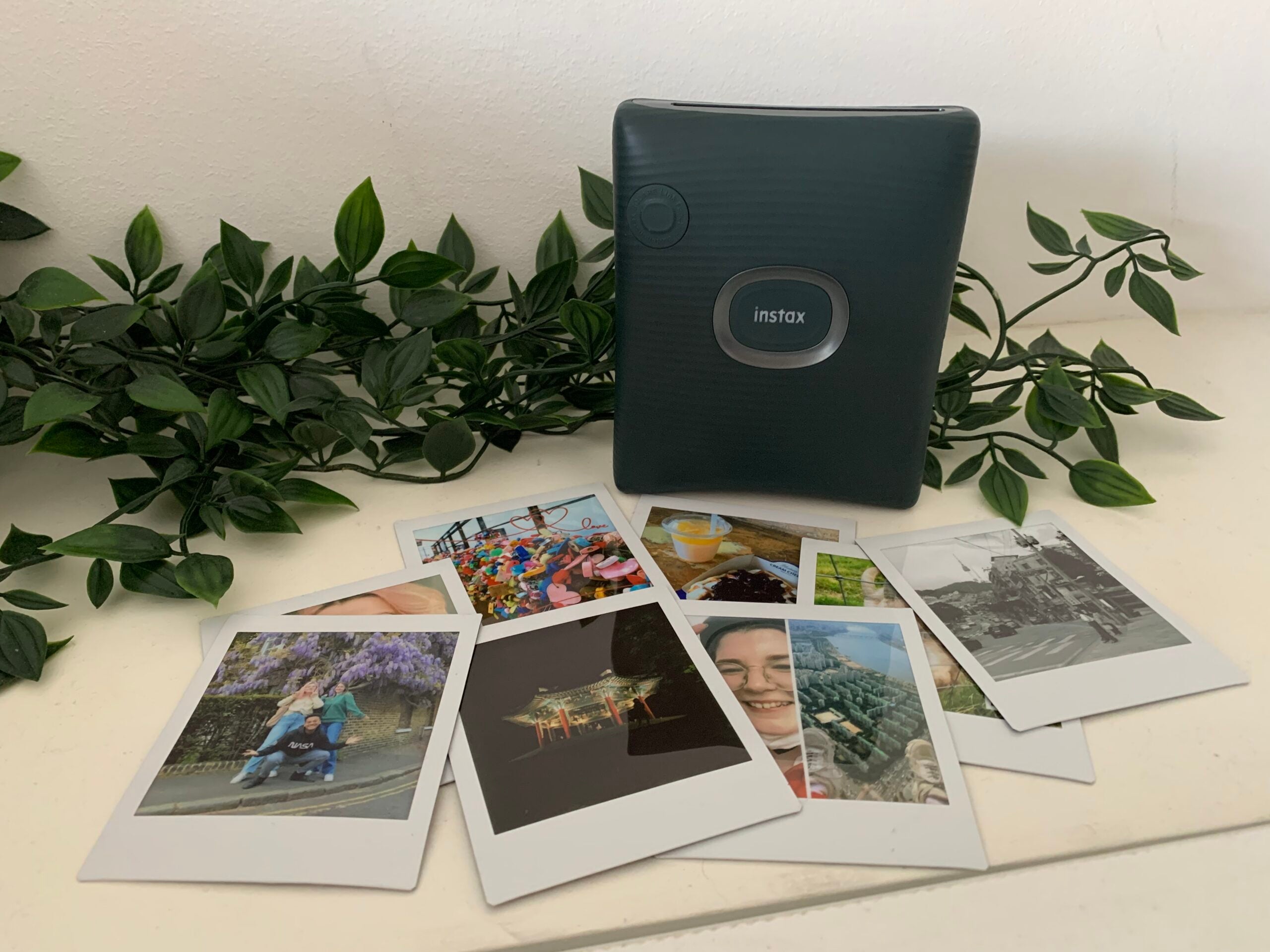 Does the Asus ZenGimbal work with the iPhone?

It does officially, but the app is experiencing severe compatibility issues with iOS right now. As a result, we can only recommend this gimbal to Android users.