What is the Loupedeck Plus?

The main job of an editing console is to help you edit your images faster. With physical knobs and sliders at your fingertips, it’s possible, with some practice and finesse, to edit an image in seconds rather than minutes.

Last year we saw a new editing console hit the market in the form of the Loupedeck – a rectangular board around the same size as an average keyboard, with an abundance of buttons and dials to take control of the most important and frequently used functions in Adobe Lightroom.

A year on and its replacement has arrived. So how does the Loupedeck Plus differ from the original? 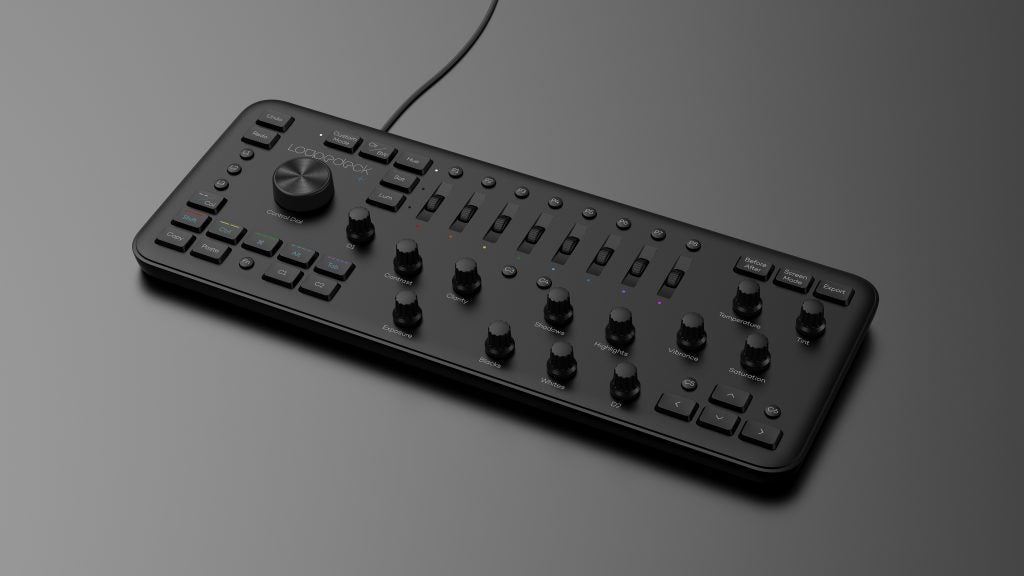 Loupedeck Plus – Features and compatibility

The main difference between the original Loupedeck and other editing consoles is that it could only be used with Lightroom and no other editing software.

This is all changed on the Loupedeck Plus. As well as being designed for use with Lightroom Classic CC, it’s now also compatible with Adobe Premiere Pro CC and Skylum Aurora HDR – a popular editing software choice for photographers who like to merge and edit multiple exposures.

This new integration gives the Loupedeck Plus much broader appeal, but has this influenced the design of the product as we know it?

Update 20/9/18: we’ve updated this review to confirm that the Loupedeck Plus works with Lightroom Classic CC, after mistakenly saying that it’s compatible with Lightroom CC. 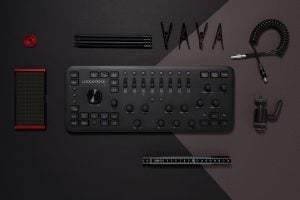 On first glance the Loupedeck Plus looks similar to the original. The dimensions are identical and there is a wide scattering of dials, knobs and sliders across the top surface. It looks understated in its matte black finish and the flat buttons have been replaced by keyboard-esque keys.

These are quiet if pressed softly, but can be quite off-putting if you’re heavy-handed. As for the Rotate/Crop wheel, which has been renamed Control Dial, it offers better feedback when it’s turned, but remains very loud when it’s depressed and could really benefit from being better damped.

As before, the Loupedeck Plus is powered via a USB cable and can’t be paired wirelessly like Wacom tablets that support a rechargeable battery and wireless accessory kit. Loupedeck Plus – Design and controls

Loupedeck has taken the opportunity to refine some of the buttons and knobs on its latest editing console. Though many remain unchanged, there are a few new additions that existing Loupedeck owners will need to learn for using Loupedeck Plus.

In total, there are 40 buttons/keys, 13 knobs, eight dials and one Rotate/Crop wheel. The star rating keys have been relabelled Shift, Ctrl, Command, Alt and Tab to perform common keyboard functions, but they can still be used like before to star rate images, or assign colour labels in Lightroom.

The pick and zoom keys below are replaced by two customisable buttons (C1 and C2) and three new circular buttons fill the space above and below the brush key, which has been removed.

A new custom mode button with its own LED replaces the full screen button. When active, it lets you assign other desired functions to the colour, exposure and tone knobs. At the top right, a new screen mode button to toggle between screen views is found between the Before/After and Export buttons. 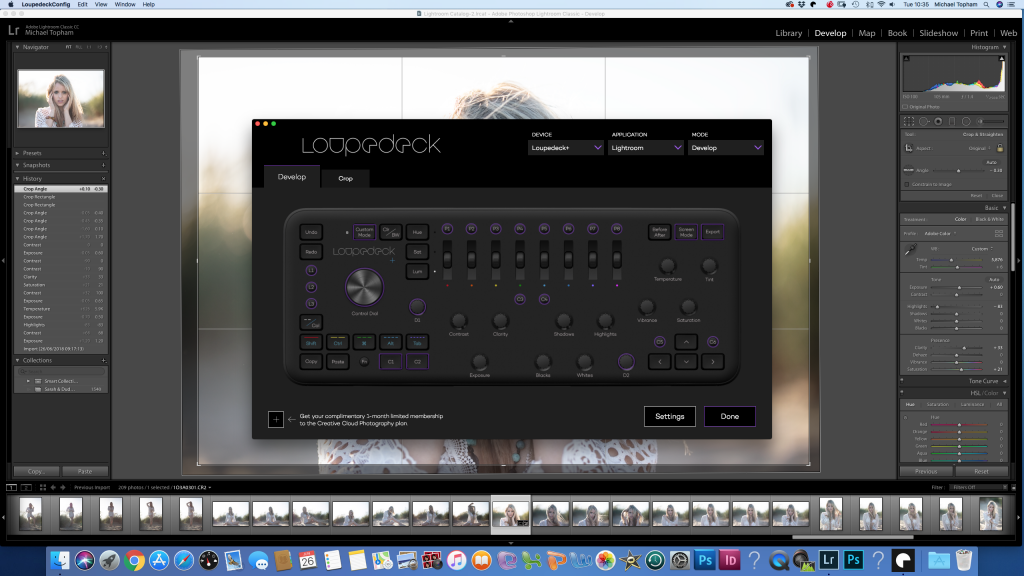 To experience the new updates and integrations of the Loupedeck Plus, I had to update Lightroom and my Loupedeck software to version 2.1. Opening the new software is a great way of familiarising yourself with which functions are assigned to what.

From the top you can switch between different applications and modes, such as the Develop and Library modules in Lightroom, or the Brush, Radial and Gradient in Aurora HDR.

Reassigning the function of any custom button in the software couldn’t be easier and you now get the option to search manually if you can’t find what you’re looking for from the various folders and lists.

Each custom button/dial has a secondary function too. For example, the D2 dial adjusts Sharpening as default in Lightroom, but by holding the Fn button at the same time it controls noise reduction. 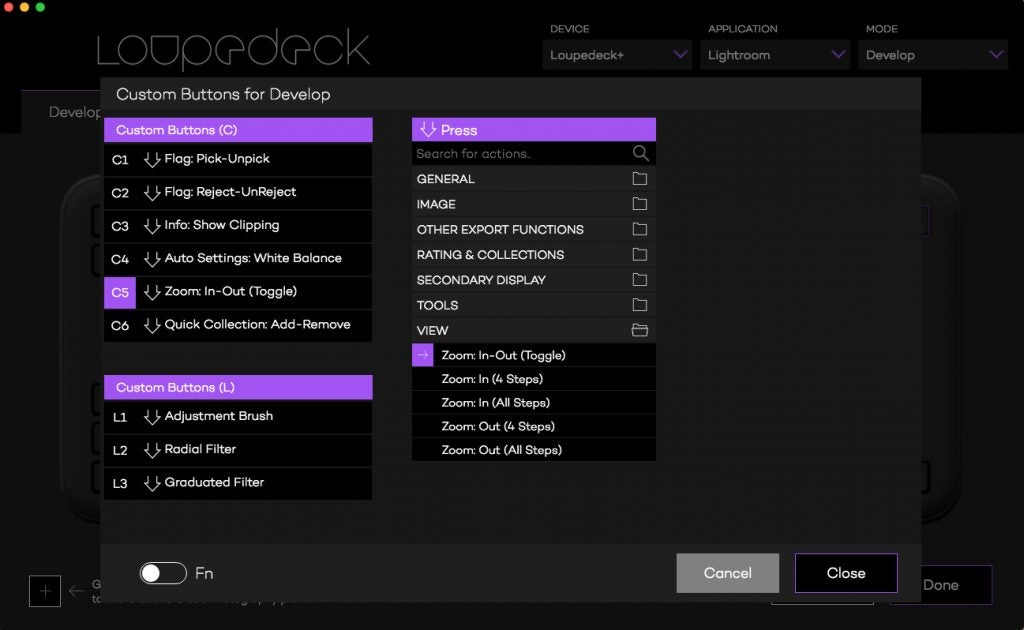 The new L1, L2 and L3 buttons are an excellent addition for activating the Adjustment Brush, Radial Filter and Graduated filter from your fingertips. The C5 and C6 buttons are set up for inspecting images at 100%, or adding an image to a quick collection.

Across the top of the console, the circular buttons are handy for applying your favourite presets to an image. These can also be used with the Fn button to assign up to 16 presets in total.

Overall, the dials and knobs offer extremely precise control. Should you wish to reset an adjustment back to zero, you can do so easily by depressing them.

Looking to crop and rotate an image precisely? A good tip is to hold the Fn button at the same time as you turn the control dial. 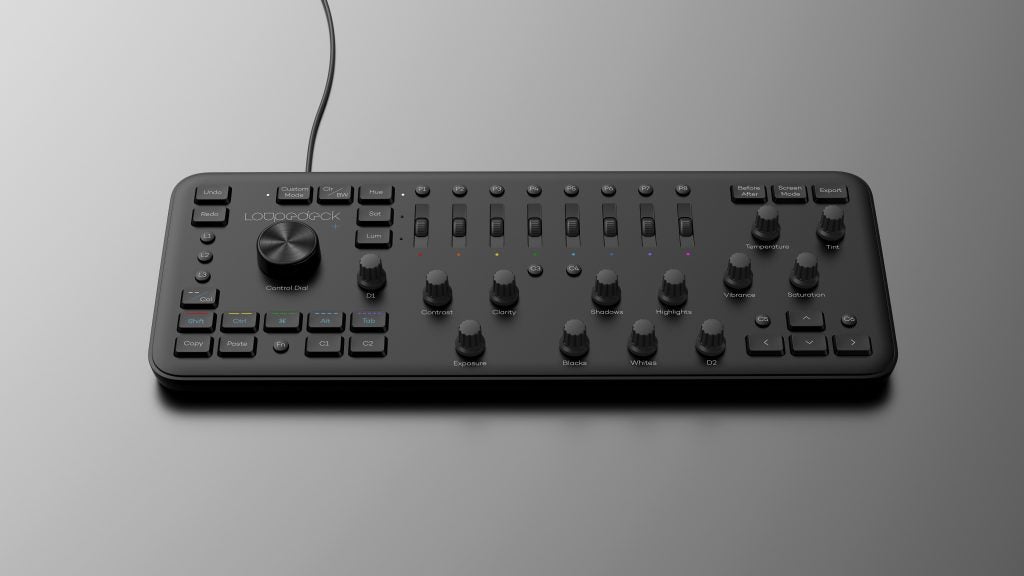 Should I buy the Loupedeck Plus?

The Loupedeck Plus isn’t drastically different from the original version, but has been refined for the better.

One of my criticisms of the standard Loupedeck was that it was short of customisable buttons and knobs. This issue has been addressed on the Loupedeck Plus. The excellent custom mode option, in addition to the L1, L2 and L3 buttons for accessing the Adjustment Brush, Radial Filter and Graduated Filter, are very well received.

If you’re upgrading from the original Loupedeck, you will need to retrain your muscle memory. But with regular use, you’ll quickly learn the positioning of the new buttons and knobs just as I did.

The new software makes it a breeze to set up the console, and most importantly, any adjustment you make occurs in real-time with no frustrating lag. The price of the original was more than most amateurs who dabble in Lightroom were prepared to pay, so with its improved integration with other editing software and revised price (£199), the Loupedeck Plus represents much better value for money.

If you’re fed up with making time-consuming cursor movements across the screen, or like the sound of editing a large batch of images quickly, the Loupedeck Plus is well worth considering. Just be prepared to persevere with it, as you reeducate yourself to working in a different way.

If you’re looking to shave some time off your photo-editing workflow and are prepared to retrain your muscle memory, the Loupedeck Plus is well worth a look.

A word on compatibility…

The Loupedeck Plus is compatible with both Mac (OS 10.12 or later version) and PC (Windows 10, Windows 8.1 or Windows 7). If you’re planning to use it with Lightroom, you’ll need to be running Adobe Lightroom 7.4 or later. An internet connection is required to download and install the software.

Loupedeck is also offering a loyalty cashback offer to owners of the original Loupedeck. Upgrade and you’ll be entitled to £35 cashback. This offer only lasts until the 25 August 2018. Visit the Loupedeck site for more information.