The
Asus Zenbook UX302 has the usual Chiclet-style keyboard with large,
well laid-out keys and – in common with other high-end Ultrabooks – a
backlight. You have control over the backlight’s intensity using the
function keys too, making it even handier. 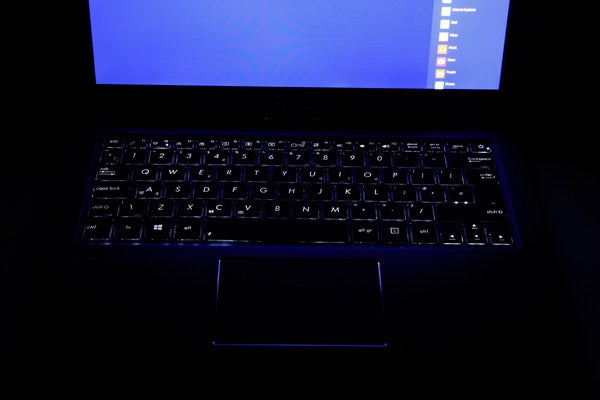 There’s no separate
numerical pad, but this is never seen on a 14-inch laptop and it’s one
of the few sacrifices the Asus Zenbook UX302 keyboard makes.

The
key action is firm and crisp, and the keys dip slightly beyond the
keyboard surround, giving good depth of action for a laptop this slim.
Some of you might not appreciate the way the left Ctrl and Shift buttons
have been cut down in order to fit the keyboard into a nice symmetrical
area, though. Less style-obsessed, more practical Ultrabooks like the Lenovo ThinkPad X1 Carbon, have more traditional-size keys if typing is your top priority.

Trackpads
have traditionally been a weak part of Asus’s Zenbooks, intermittently
misfiring when dealing with multi-touch gestures and generally behaving
rather oddly. Asus seems to have sorted out these issues for the most
part, and offers an app that lets you customise which multi-touch
gestures to activate. But the trackpad remains a weaker part of the
Zenbook UX302. 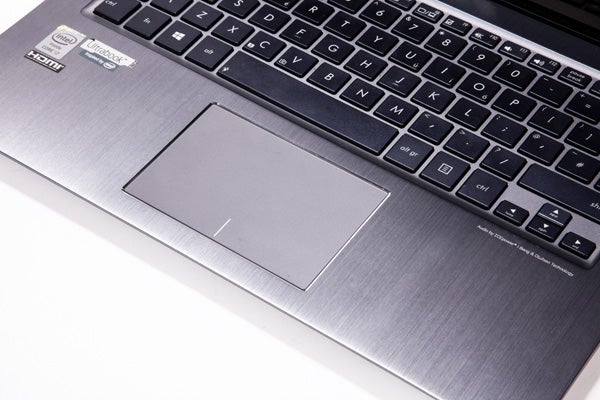 The main annoyance is that there’s a ‘click’ to
the pad before you actually reach the mouse button action, meaning
there’s a bit of clicky, loose feedback from just placing your finger on the
surface. Click feedback from the actual mouse button varies a bit too
much across the pad to feel particularly good too – it’s deep at the
bottom, but its action shallows as your move up the trackpad and
there’s a deadzone of an inch at the top of the pad.

There’s
no deadzone between the left and right buttons, but there’s also no
tactile signposting of the border between the two buttons. It takes some
getting used to.

However, it does look good and the surface
feels good – seemingly using a layer of textured glass, like other
top-end Ultrabooks.

There’s just one thing we haven’t covered yet – the webcam. It’s a fairly rubbish 0.9MP (when shooting in 16:9) resolution camera with a very soft focus lens. We doubt whether many of you base your laptop buying decisions on the quality of a webcam, but this doesn’t seem like a great one. 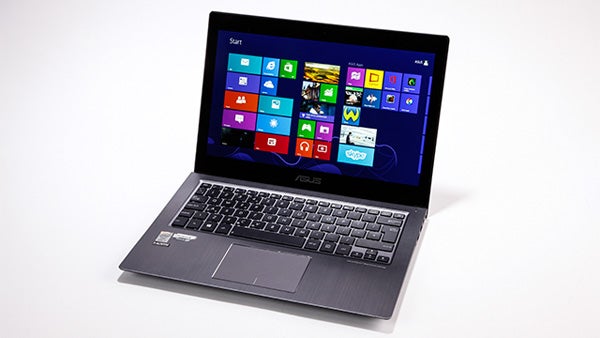 Should I buy the Asus Zenbook UX302?

The Asus Zenbook UX302 is a solid addition to the Zenbook range that makes several predictable moves. We could see the updating of screen tech, the move to Haswell chips and the adopting of several recognisable Asus visual traits a mile off. We’re not too fussed about the flashy glass top, but it was one way to ensure it didn’t look exactly like last year’s models.

It’s a ‘sensible’ new addition to the 2014 Asus range too, with a slightly lower price and more conservative screen resolution and storage features traded for a good CPU. It’s a lot alternative to the more expensive Sony VAIO Pro 13, although that laptop has a better screen, and weighs just a shade more than 1kg. However, they’re otherwise evenly matched – which you should choose depends on your own priorities.

The Asus Zenbook UX302 is a solid Ultrabook with a good processor and sensible periphery specs that help it stay under a grand.