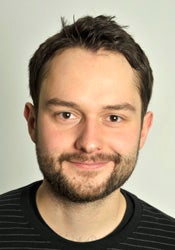 After our original review of the Asus Zenbook UX302 in January 2014, we’ve re-tested a few elements and decided to up this laptop’s score from a seven to an eight. The big change is battery life.

In our initial test the UX302 lasted for just four and a half hours – hardly what you expect of a portable £1000 laptop. However, after turning off the domineering screen backlight management system we recorded a much more respectable six and a half hours.

In one move the Zenbook UX302 went from a stylish disappointment to being up there with some of the best Ultrabooks in its class, deserving to sit next to the great Sony Vaio Pro 13.

There are still some bits we don’t love – the quirky trackpad being the one that has continued to let the Zenbook down after continued use. However, it is something you’ll get used to. We’d happily live with this laptop.

Now that we’ve realised the UX302 will last for six and a half hours off a charge, rather than four and change, we’ve decided to upgrade the laptop’s score and give it a Recommended award. It’s a good buy. However, as we’ll suggest in the screen section of this review you do need to turn off the UX302’s screen brightness management to get the most out of this laptop.

What is the Asus Zenbook UX302?

The Asus Zenbook UX302 is a style-driven Ultrabook that boasts a ‘first’. It is the first Ultrabook to use Gorilla Glass 3 to cover its lid, instead of the usual aluminium or plastic. It’s not the first glass-topped laptop, though.

It’s a pure style choice that isn’t going to change the way we think about Ultrabooks, but it’s something different. It delivers excellent performance for this price and the 500GB hard drive provides more storage than most Ultrabooks. 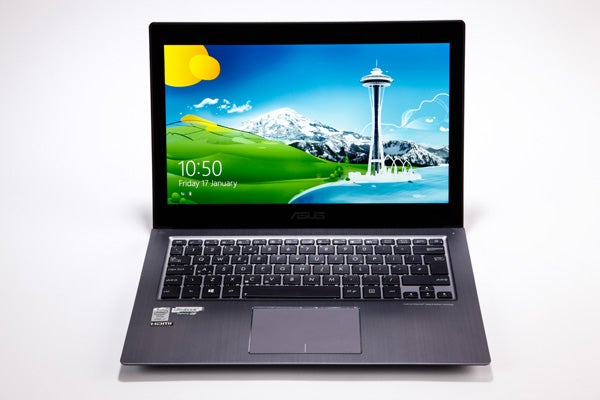 Pushing change for its own sake is a criticism often levelled at tech. And given how often some of this stuff is refreshed, it’s no surprise.

The Asus Zenbook UX302 Ultrabook is unmistakably part of Asus’s laptop heritage, but it changes things up with a glass lid. Your first thought may be the same as ours – that’s mad.

We’ve all seen smashed phones, and surely the Asus Zenbook UX302 is heading for the same fate, but on a larger scale. In truth, the glassy skin isn’t a huge compromise. 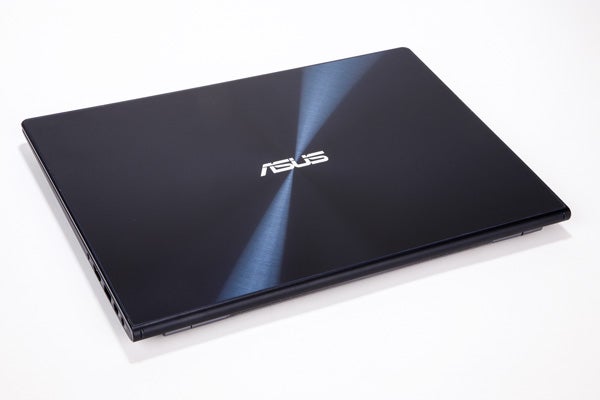 It’s Gorilla Glass 3, Corning’s latest rugged glass. We don’t tend to abuse our test subjects to the point of collapse, but in at least some respects it’s more durable than aluminium – at least according to Corning’s own tests. What it isn’t immune to is the sort of force that leads to broken phone screens, impact damage. Drop the Asus Zenbook UX302 from a great height and the glass may smash (and the hard drive may fail, and the screen covering crack, like any other touchscreen laptop).

The glass is also a huge fingerprint magnet. It’s not the most practical surface.

It does look and feel good, though. Underneath the glass is the striking Asus signature texture of metallic concentric circles finely etched into aluminium. Most parts of the Asus Zenbook UX302 have a blue hue (white version also available), and the lid is the most vivid of the lot. However, even this is moody and sharp-looking rather than overly colourful. It’s just enough to make the Asus stand out among its peers.

Other than this look, you get the usual benefits of an Ultrabook. The Asus Zenbook UX302 is fairly slim at 17.2mm and weighs 1.4kg. It’s not the very slimmest or the very lightest, but is good enough in each respect for 90 per cent of people after an Ultrabook-style laptop.  Part of the reason for this extra weight is that the laptop has a standard 500GB hard drive rather than using full Flash memory – although there is 16GB of Flash to aid performance. If you want the slimmest, lightest laptop the Zenbook series on offer, check out the UX301. 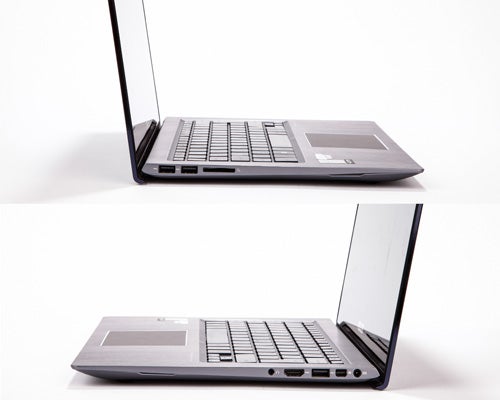 Its connections are likely to satisfy a similarly high number of you. There are three USB ports, all of the USB 3.0 standard. And one of them is supercharged to output up to 2A of charge, letting you fast charge a phone or charge a tablet at the same rate you’d get off a power plug.

There are also two video outputs – a standard full-size HDMI port and a mini DisplayPort (this also doubles as the Ethernet port). The lack of a dedicated Ethernet port means it’s not all that great as a portable business laptop, which might have to switch between Ethernet plugs a few times a week – or even per day. There is also a full-size SD card slot on one of the sides. However, it’s the sort that leaves half the card sticking out of the laptop – i.e. the sort no-one likes.

The UX302 has a 1080p IPS screen,
13.3 inches across. Although pretty impressive by the standards of 12-18
months ago, it’s a fairly baseline spec compared to its new 2014
touchscreen peers.

Its contrast and maximum brightness readings
are decent, but not stellar. It offers contrast of 664:1 and a peak
brightness of 283 nits. They’re solid numbers, but not remarkable at
this point. The best laptops at this price near a 1,000:1 contrast ratio
and over 300 nits. Colour
accuracy is very good, though, making it a good option for some video
and image editing.

What comes to define the Zenbook
UX302 for the average user, though, is the wildly aggressive adaptive
brightness setting – which is enabled as standard. This uses the ambient
light sensor in the screen surround to set the backlight level based on
how bright it is in the room.

Not
only does it tend to set the backlight a little low, it also massively
affects the maximum brightness ‘ceiling’ you can set the screen to manually — i.e in certain conditions it won’t let you set the screen to its highest possible brightness.
Matched with a highly reflective glossy surface, the Zenbook
UX302 can be a real pain to use outdoors. This issue is largely solved
by turning off adaptive brightness, but given it requires delving into
the settings menu, a layer or two deeper than the easily accessible
power options, we doubt how many people will even realise they can do
this.

The reasoning behind implementing such an invasive auto
backlight engine is obvious – battery life – but it feels like an overly
aggresive way of going about it. 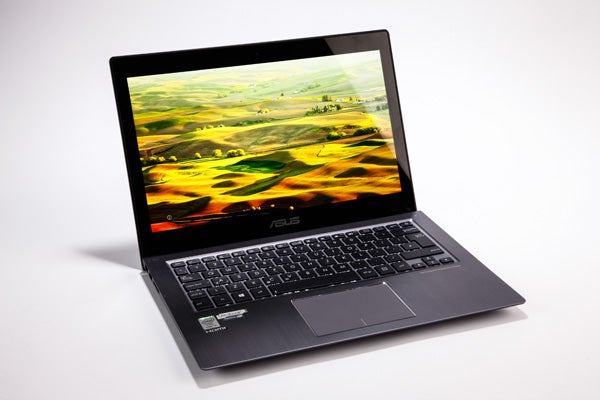 Viewing angles of the Asus
Zenbook UX302 are reasonably good, all-but guaranteed by the use of an
IPS panel. However, there is significant loss of brightness with angled
viewing, ensuring that it’s not among the very best out there.

Other
laptops also offer higher resolution, including Asus’s own Zenbook
UX301, which offers a 2,560 x 1,440 pixel display. Such a screen would
obviously be sharper, but as Windows (and Windows apps) still has some
issues with scaling to such a high resolution, 1080p is arguably less
problematic. If also less impressive.

Bottom line: the UX302 has a good, solid display, just not a jaw-dropping one.

For sound the Asus Zenbook UX302 has a pair of Bang & Olufsen ICEpower
speakers, which sit on the left and right edges of the laptop –
invisible unless you look for them.

Sound quality is reasonably
decent for a thin and light laptop, but is still subject to the usual
limitations of the majority of speakers of this type. There’s some bulk
to the sound to stop it sounding too thin, but there’s no actual bass.
Some other laptops incorporate ‘subwoofer’ drivers to try and remedy
this.

There’s also a little bit of distortion at top volume.
Asus has tried to let you tailor the sound output for your situation
with an EQ app that offers settings for movies, music, speech and so on.
Movies is useful for bumping-up the loudness of the sound, but none
manages to fix the lite-ness of the bass.

Used as our main laptop for the review period
Tested for at least a week
Used consistent benchmarks for fair comparisons with other laptops
Reviewed using respected industry benchmarks and real world use
Next
Performance, Battery Life, and Heat & Noise Review