For an 11.6-inch laptop, the keyboard is a reasonable size, although it has to be squeezed in a bit. The letters are evenly spaced, and none of the keys feel particularly fiddly, with the exception of the arrow keys which are exactly half as tall as each letter. As such, we had no problem typing at a reasonable pace with a little practice, with very few typos.

It does feel very plasticky to the touch, and the keys have an equally plasticky clacking sound when typing at speed, but for the price it certainly works well enough. We didn’t get the feeling it was responsible for any typos, which we’ve seen before in laptops more expensive than this. 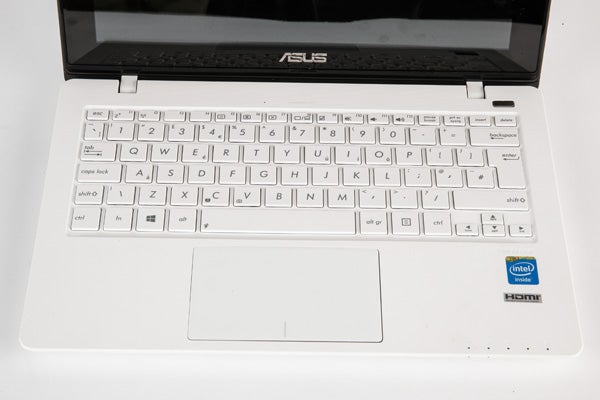 By contrast, the touchpad has very few redeeming features. It’s a decent size with clear division of left and right-click, but that’s where the positives end for us. The plastic coating is smooth and shiny without offering much resistance to the finger, and the whole area of it is pressable giving it a cheap, flimsy feel. Clicking on it anywhere results in the kind of plasticky thud you’d expect from its low-cost feel, and even light taps for highlighting and cursor movements produce a little bit of noise.

Worse, its gesture recognition was patchy at best during our time with it. Sometimes it would completely ignore simple two-fingered scrolling and page resizing, while other times it was a touch overeager, seemingly resizing the page at will. When it does work, it’s decent enough, but in our review model we couldn’t guarantee it would do what we wanted when we needed it. 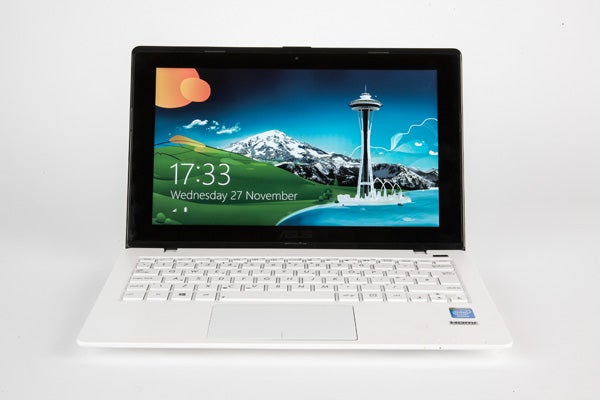 If you’re in the market for a performance powerhouse, then absolutely not. While we were quietly impressed with the X200CA’s benchmark scores, this was largely because of such low expectations from the underwhelming specifications and very reasonable price. It beats fellow laptops in the price-range and just above, but it’s only fast enough for basic tasks and web browsing.

If your budget is very tight and you don’t mind the occasional stutter then the X200CA is worth considering. It’s compact and generally nippy enough, but the weak screen is a serious cause for concern. The combination of low brightness and a touchscreen means reflections are bound to annoy, while the heat and noise aren’t easily forgotten, either.

As for alternatives, the Asus X550CA offers similar performance, a decent touchpad and a 15.6-inch screen for only £30 more, but the best alternative by far is the recent Asus Transformer Book T100. This laptop-tablet hybrid is actually a little faster than the X200CA, lasted an incredible 12 hours in our battery life test and is only £50 more. In comparison, the X200CA doesn’t seem like such great value anymore, which is why the T100 scored 9/10 in our review and the X200CA doesn’t.

Cheap and mostly cheerful performance, occasionally punching above its weight, but the corners cut are painfully obvious and Asus’ own T100 hybrid is a much better bet.

Next, read our round-up of the 10 best Windows 8 laptops and tablets