With an Intel Celeron chip and no solid state drive, we weren’t expecting great things from the Asus X200CA, but considering its low price point it’s pretty reasonable. Although it lags occasionally (and actually locked up temporarily a couple of times for us when we tried to do too much in Chrome) there’s only so much you can expect at this price. 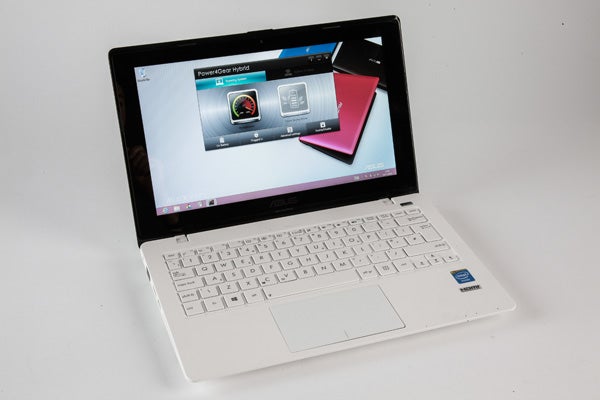 3D performance is as limited as you’d expect from a Celeron backed budget laptop with Intel HD graphics. 3D Mark gave it 17,486 and 12,020 in its Ice Storm and Ice Storm Extreme benchmarks respectively. Once again, these scores are wholly consistent with the three budget laptops outlined above, all of which come in between £30 and £300 more expensive, so the X200CA certainly punches above its featherweight specs.

That said, we should once again reiterate this is just ahead of our modest expectations, and you shouldn’t bank on it for anything other than light browsing and work duties. For a real world test of its gaming prowess, we downloaded and installed Burnout Paradise and found that it was just about playable in 1366 x 768 on low detail. Anything more recent will struggle, though: in the Unigene Heaven benchmark, it managed an average frames per second of 4.8 on the basic test at 1,366 x 768 resolution: beyond unplayable.

One final positive though: despite having a standard 5,400rpm hard drive, the boot up times from cold for the X200CA are pretty decent: 19 seconds from cold (albeit with a distinctly average 52 from a restart). 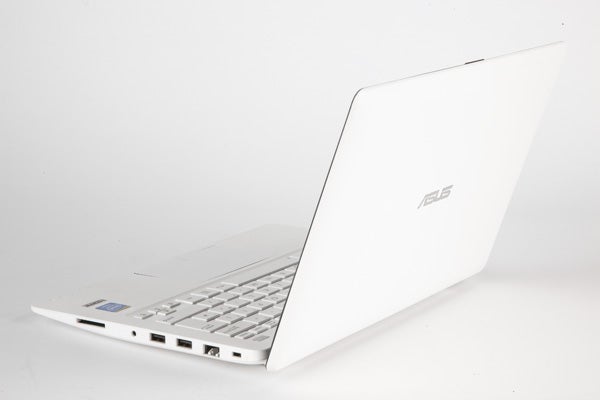 In day-to-day browsing, video viewing and word processing, the X200CA gets surprisingly warm to the touch. It’s never hot, but definitely noticeable, especially along its left hand side. The fans are also audible, though not distractingly so — in a busy office environment we had to put our ear pretty close to hear anything, and even then it was a low hum. If you’re in an otherwise silent environment, you’ll notice it when you switch off, though.

During our gaming tests we found that the heat on the left hand side increased significantly and even the keyboard was becoming hot to the touch. The fans also got that bit louder, to compensate for the additional heat generated. While it’s unlikely you’ll tax it this hard that often, flash video and adverts are bound to case a little bit of fan noise and heat. 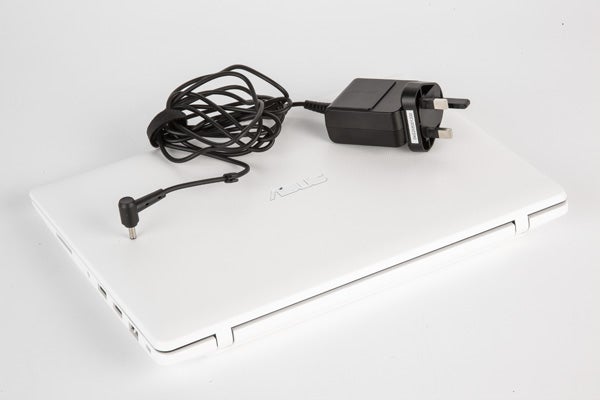 In our standard battery tests — a mixture of video, browsing and word processing at 40% screen brightness — the X200CA lasted a minute shy of three hours before needing a recharge. Not terrible, but not very good either. The other budget Asuslaptops mentioned previously were closer to three and a half hours and the Samsung Activ Book Lite impressively managed just shy of six hours.

A 30-minute charge returns 25% of the battery life, which equates to 45 minutes of real world usage, so best keep that charger on you.

Used as our main laptop for the review period
Tested for at least a week
Used consistent benchmarks for fair comparisons with other laptops
Reviewed using respected industry benchmarks and real world use
Previous
Asus X200CA Review Next
Keyboard, Touchpad and Verdict Review