We’ve looked at a handful of Asus’s laptops of late, including the budget X550CA that offered cheap and cheerful performance and warranted an 8/10 given its £330 price tag. Well, now we’ve got another budget Asus model: the X200CA is an 11.6-inch laptop, that would once have fit comfortably into the netbook category. It’s cheaper than the X550CA at a penny less than £300, but does the loss of screen space and bulk give a disproportionate hit to performance? Its small size and low price means Asus has the student market in its
sights with this one, but it could potentially appeal to anyone who
needs a simple no-frills ultraportable. 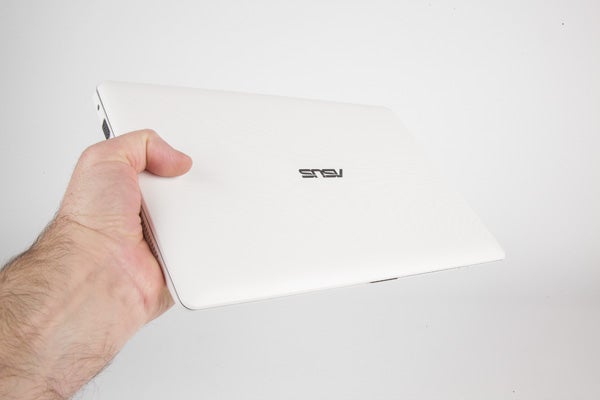 The X200CA certainly is small, as laptops go. 11.6-inch laptops are still pretty rare, and although it doesn’t have the closed width of the Macbook Air (0.68-inches), at just over an inch thick, it’s pretty svelte. Still, it manages to give off a slightly chunky vibe, aided by it’s 11.6-inch width as well as the all plastic casing, with Asus eschewing the current fashion of brushed aluminum for something that bit cheaper.

As Nokia and now Apple has done with their plastic shelled mobiles, Asus has revelled in this plastic feel and offers a choice of four colours: ‘Hot Pink’, ‘Ocean Blue’, ‘Gentle Black’ and ‘Elegant White’. Ours is in the last of these, and although we don’t have any issues with the aesthetic, ‘elegant’ is putting it a bit strongly. 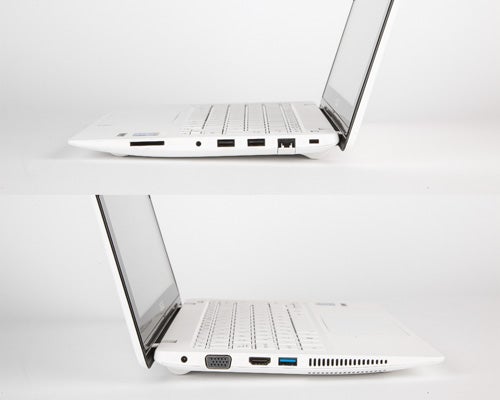 The plastic shell is lightly textured and adds slightly curved corners to its mostly angular design. A single Asus logo is the only mark on the white topside of the laptop. Opening it up presents a pretty minimalist inside as well. The keyboard area (including the keys and trackpad) maintain the white colouring, and only Intel and HDMI logos sully the case here. A small silver power button in the top right hand corner is slightly at odds with the colour scheme, but otherwise it works well.

As it’s an 11.6-inch keyboard, the keys are slightly wedged in and there’s no room for a number pad, but more on that later. The screen is the only part of the design that drops the white colour, with a thick black bezel all the way around, with just a webcam and another ASUS logo deviating from the blank appearance.

It’s solidly built, and it feels like it could take a few knocks, especially with its plastic design being harder to scratch than the brushed aluminum finishes favoured by more expensive laptops. Connectivity wise, it’s got a VGA out, HDMI port and USB slot on the left hand side, and an ethernet port, SD Card reader and two more USB ports on the right. 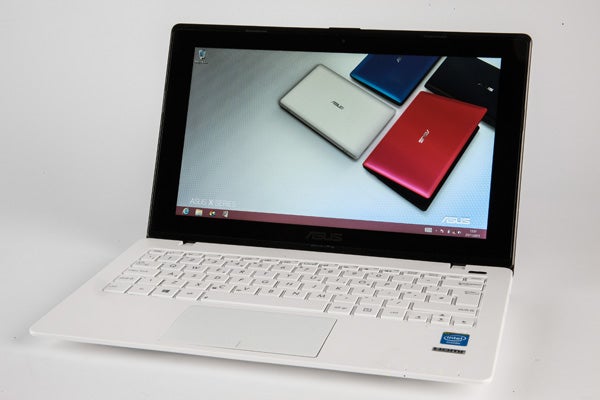 While it packs the same 1366×768 resolution as many 15.6-inch laptops, which should make it look super-crisp on a smaller screen, the display is a disappointment all round. The caveat here is that it’s under £300 for a touchscreen laptop, but the details still don’t make for too good reading.

The brightness in particular is very poor. Even at its brightest setting, it recorded just 123 nits in our tests, where any score below 200 is considered bad. Better than 350 is considered outstanding, and to put that into perspective the Microsoft Surface Pro 2013 scored 422. The Delta E mark for colour differentiation was also below average at 5.19 (anything below two is very good) The contrast at 311:1 is equally poor, but the temperature of 7,169K isn’t too much warmer than the ideal of 6,500K.

As the screen is uncomfortably reflective, viewing angles suffer accordingly, and the colour suffers the more you deviate from facing the screen straight on. Even the expected crispness of a 1,366 x 768 resolution on such a small display isn’t quite as good as you’d imagine, with icons not appearing as sharp as we’d expect.

On the bright side, the touch functions work well, although the limited screen dimensions makes the Windows 8 desktop mode particularly fiddly – though that’s a long-standing issue with the O/S rather than the laptop itself. Our beef is with Microsoft there, not Asus.

Sound on the X200CA is no great shakes. While we’ve recently looked at laptops boasting of Bang & Olufson, Beats Audio or Harman Kardon
sound systems, Asus’ latest is unbranded. The result is the kind of
tinny sound you’d expect, but no worse than most laptops where channels
are indistinct and bass is close to nonexistent.