Belying its relatively budget price, the T100 Chi’s screen is rather impressive. Perhaps most obvious plus point is that there isn’t the same light bleed problem that plagues the T300 Chi. Instead the backlight looks reasonably even and there are no distracting bright streaks or halos round the screen.

Viewing angles are also very good, so it looks good whichever way round you hold it. Reflections are a problem due to the glass touchscreen, and whatever anti-reflection coatings are being used clearly aren’t quite as effective as on the iPad Air, but largely this is just the inherent compromise of using a tablet. 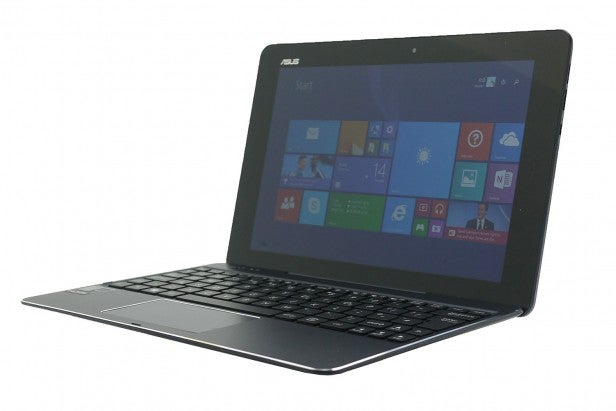 The decent resolution makes it nice and sharp, meaning you can fit a surprising amount on screen – great for looking at photos or HD video, or working on multiple documents at once. Windows still isn’t all that great when it comes to handling high-DPI screens though, with programs either looking too small, stretched or both, but at least the resolution is when needed.

Where the display shows less prowess is colour accuracy. When tested with a colourimeter, the colour temperature is way off the ideal of 6500K at 7949K and it only covers 66% of the sRGB colour gamut. It shows that colour accurate work such as photo editing isn’t suited to this device, though if you do own a colourimeter you could at least calibrate the display to have a more accurate colour temperature.

For the most part these are moderate concerns as this simply isn’t the sort of device that you’d do photo editing on with any regularity, though it’s still not ideal that your family pics and movies won’t look quite as accurate as they should. Elsewhere a contrast level of 925:1 is decent and a maximum brightness of 387nits means this display should stay visible even in bright sunlight. 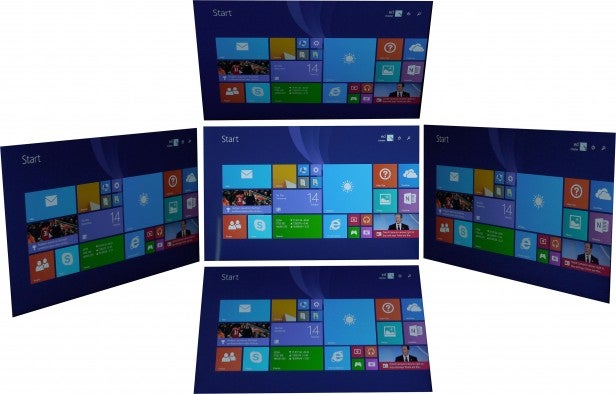 The T100 Chi has stereo speakers with the ports on the two short sides where they’re positioned for landscape viewing. The presence of stereo is welcome and does make a difference, particularly if you’re watching video, but overall quality is still pretty ropey.

As you’d expect there’s just very little in the way of guts to the sound, with treble dominating proceedings. It’s fine for shorter video-watching sessions – taking in the latest film trailer, for example – but for extended watching or listening to music we’d go for headphones or an external speaker.

The keyboard on the T100 Chi is inevitably a little cramped, but otherwise does very well. It’s far more stable a typing platform than most Bluetooth keyboards you’ll find for tablets and the typing action is excellent, with a decent amount of travel and a nicely defined break to each key.

The layout is also spot-on, with extra functions for controlling all the usual laptops bits, such as adjusting screen brightness and volume. It’s really just getting used to the more compact key layout that will be a concern.

We do, however, get annoyed by the keyboard constantly going into standby. Whereas on a normal keyboard you can rely on just mashing one of the keys to turn the laptop on, here you have to tap a key to wake the keyboard itself from standby so you can then tap a key again to wake the tablet section up. You can just hit the power button on the tablet to wake it up but you still then have to activate the keyboard. 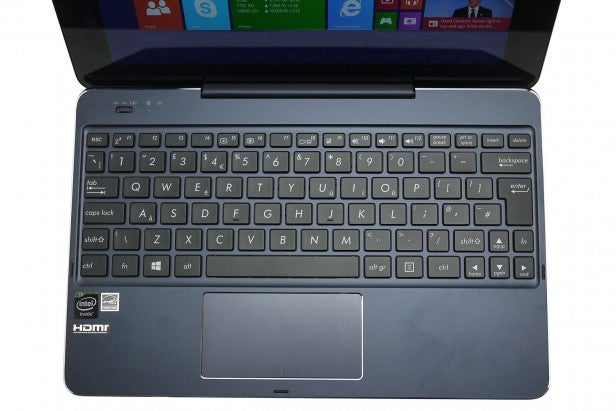 The trackpad is also surprisingly good. It’s a single-click-surface style one and it has a nice smooth finish and easy clicking action. It’s a little small but is again vastly better than what you’d get on just about any other Bluetooth keyboard.

As predicted, this
isn’t a particularly fast machine. The modest Intel processor at its
heart, combined with a mere 2GB of RAM, means that as soon as anything
remotely taxing is being done the T100 Chi slows down considerably.

The
upshot is that this very definitely is a device for casual media
consumption rather than a work tool. Browsing the web, checking your
emails, writing a document, watching some video and playing only the
very oldest and most basic of games are what it’s good for.

Photo
or video editing, working with two dozen tabs open in your browser or
recording your latest multi-track master work are all well beyond its
capabilities. 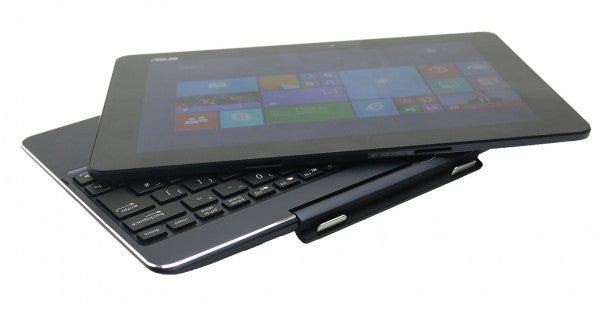 If
there’s one thing that is a minimum requirement for any tablet or
ultra-portable laptop it’s good battery life, and we’d normally expect
to get upwards of 10 hours. As such it’s more than a little
disappointing that the T100 Chi only managed six hours and 46 mins.

That’s
better than the T300 Chi and it’s certainly possible you’ll be able to
stretch things out a little more depending on your usage but it’s still
someway short of that 10 hour figure.

What’s more, the standby
life is poor. We’re used to being able to leave these sorts of devices
in standby for several days and still be able to come back to a few
hours of usage. Here, though, the T100 Chi seemed incapable of lasting
much more than a day without a full shutdown.

Not
helping the T100’s performance is that it ships with McAfee anti-virus
installed. You also get Asus’ rather more useful web storage service
with lots of free cloud storage space. Otherwise it’s a blessedly clean
install with just the utilities needed for the device’s various hardware
features – webcams and keyboard drivers, etc.

You can also get a
pressure sensitive stylus that’s compatible with the Chi range. It’s a
nicely designed accessory that is definitely useful for navigating the
smaller parts of the Windows desktop via the touchscreen, as well as
obviously being a nicer way to draw and write on screen. 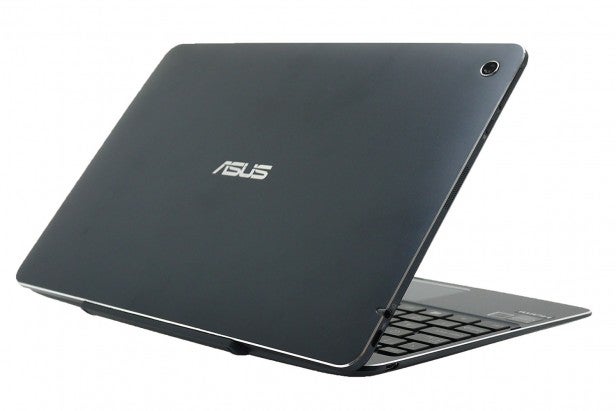 Should I buy the Asus Transformer Book T100 Chi?

Asus
has got many things right with the T100 Chi. It’s a great overall form
factor and the slim metal design is impressive for the price. The
keyboard and trackpad are also excellent compared to most tablet
keyboards.

However, performance is a little sluggish and battery
life is poor too. These are just fundamental problems that no amount of
hybrid, 2-in-1 trickery can hide.

Then there’s the problem of it
not actually working that well as a hybrid. Sure, the keyboard dock is
far superior to any other Bluetooth keyboard you can get, but when the
tablet experience – both in terms of ease of use and performance – is so
far behind the likes of the iPad Air it’s just not enough to convince.

Likewise,
when considered as more of a laptop alternative the sheer lack of
processing power, the small screen and lack of connectivity means it
pales in comparison.

Of course, it is far cheaper than any
Ultrabook and most iPad Air (or Android tablet) + keyboard case
combinations too. But again, the latter combination just makes for a far
more satisfactory package. Indeed, if essentially the same hardware
simply ran Android it would be a far more tempting proposition.

The
most obvious alternative here is the Microsoft Surface 3 and while the
T100 certainly trumps it for typing, the Surface 3 is far more
attractive in most other regards. It has much better battery life, a
better screen and it even has a USB port!

We’ve
generally been fans of Asus’ Transformer lineup but the T100 Chi is
something of a misfire. Poor battery life, sluggish performance and a
not entirely tablet-friendly OS make it a poor tablet alternative while
these same reasons plus the lack of connectivity scupper it as a
laptop-style device.