The G752VT I reviewed had the latest Intel Skylake-generation Core i7-6700HQ processor, Nvidia GeForce GTX 970M and 16GB of DDR4 RAM, along with a 128GB SSD and a 1TB HDD for storage.

It’s a bit of a shame, considering the size and weight of the G752, that ASUS wasn’t able to squeeze a desktop-class GTX 970 GPU into it. Despite this, the benchmarks prove it’s still incredibly fast.

Of course, the big question is how well the G752 performs in games – I tested it with Tomb Raider, Dirt Rally and Hitman. 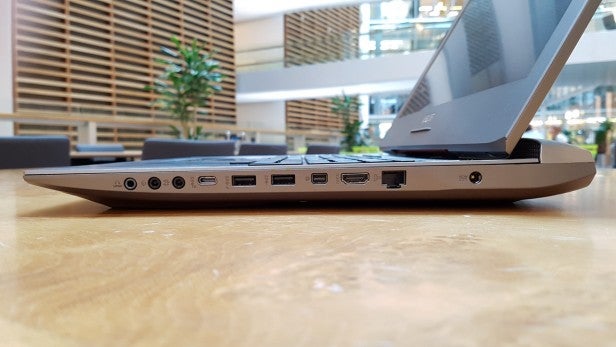 In Rise of the Tomb Raider, the G752 managed an average frame rate of 55fps and a minimum of 36fps with high settings at Full HD. With a few tweaks to the settings, it’s definitely possible to achieve a solid 60fps average in Tomb Raider, which is impressive considering how demanding the game is.

Dirt Rally was more than playable at Full HD with high settings, scoring an average frame rate of 74fps and minimum of 70fps. Conveniently, the average frame rate nearly matches the notebook’s higher 75Hz refresh rate, so you’re definitely making the most of it.

Only Dirt Rally really took advantage of the notebook’s higher refresh rate – but it goes to show how the 1080p display was a sensible choice by ASUS, rather than a more demanding 1440p or 4K resolution.

Overall the G752 performed well. However, the GTX 970M – and, indeed, all of NVIDIA’s top mobile graphics cards – are beginning to show their age and are due to be replaced by next-generation Pascal cards later in 2016. 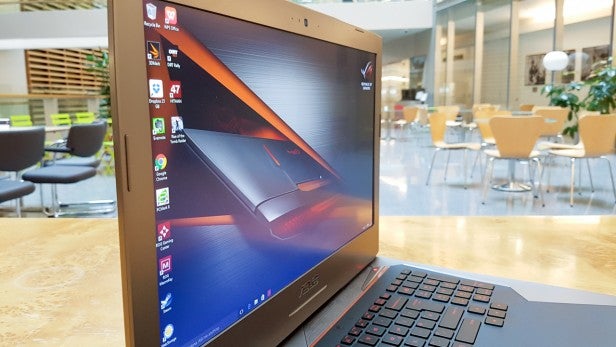 Battery performance from the G752’s 67Wh battery is disappointing.

Watching Netflix for one hour with brightness sat at 50%, the G752 lost 41% of its battery compared to just 22% for the Gigabyte P35Xv5. This means you could just about finish a two-and-a-half-hour film before the notebook would conk out completely.

With general use, including watching YouTube videos, browsing a variety of websites and using some Office applications, the G752 lasted a little under three hours.

It goes without saying that you should only play games with the charger plugged in, or else you’ll be lucky to get an hour out of the G752. 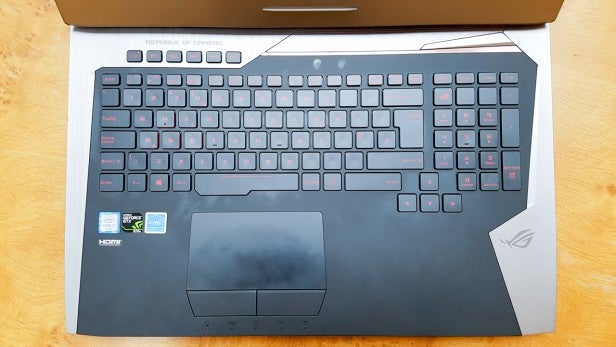 Should I buy the ASUS G752VT

The ASUS G752VT is a remarkable, if impractical gaming notebook. It checks all the boxes in terms of specs and will run most of today’s games at High settings.

Without doubt, the G752’s best feature is its display. Racing through stages in Dirt Rally felt incredibly fast and fluid thanks to the high refresh rate and G-Sync.

If you don’t mind the size and want a good gaming notebook right now, it’s not a bad choice. But if you value portability or are happy to wait a couple of months for the new Nvidia and AMD cards to launch, the G752 will probably get a more powerful and similarly-priced successor.

A decent gaming laptop with an excellent screen, but its ridiculous size and slightly inconsistent build quality keep it from true stardom.