What are the AKG N60 NC Wireless?

The AKG N60 NC Wireless are a pair of on-ear noise-cancelling headphones that come from good stock. The wired AKG N60 NC, released in 2015, are a superb set of cans – and losing the physical connection only serves to make them better.

Aimed at travellers and commuters alike, the N60 Wireless can’t quite compete with Bose levels of quiet, but deliver a well-balanced sound and a lightweight, portable design that makes them a great on-the-go companion. 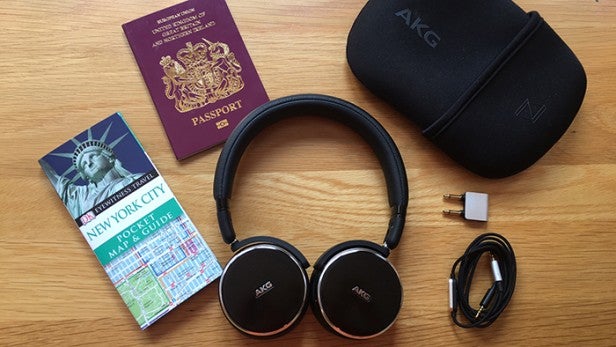 Although there are similarities at first glance, the N60 Wireless have had their design carefully refined from that of the original N60.

The end result is a more durable, but also more elegant, hinge structure for collapsing the headphones down, a wider and more padded headband, and overall a sturdier feel. Even the included USB charging lead and 3.5mm audio cable are more solidly finished.

The N60 Wireless aren’t going to give the Sennheiser Momentum 2.0 Wireless a run in the style stakes, but their on-ear design is smart and understated, with aluminium accents breaking up the otherwise all-black design. 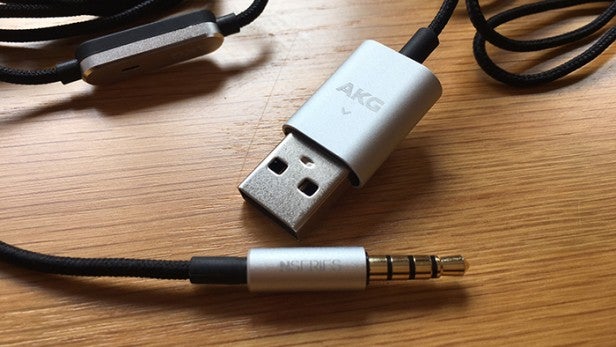 Playback controls are housed neatly around the right earcup, and are easily distinguishable and usable when you’re wearing the headphones. The sliding power button doubles as the pairing controls, with a similar rocker next to it for track skipping. There are individual buttons for volume control along the top.

The left earcup is where you’ll charge the N60s via micro-USB, and also where you’ll hardwire if you so wish. The N60 Wireless will offer 15 hours of wireless noise-cancelling (ANC is always on in wireless mode), or 30 hours when wired.

If you run out of battery entirely, the N60 Wireless will work passively too, so you’ll never be stuck without music. 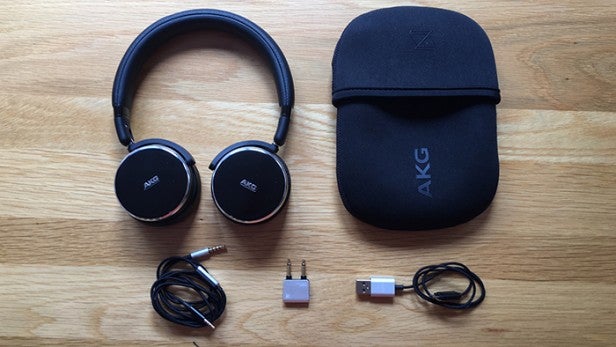 At 200g, the N60 Wireless are fairly lightweight, which not only makes them good for carrying around, but also for longer wear. However, while the memory foam earcups do a good job of cushioning my ears and keeping them cool and comfy during longer listening sessions, a touch more padding on the headband would have been welcome. After a few hours, I could feel them resting a little heavy on my head, and I had to reposition them for comfort.

The overall fit is pretty good, however. On-ear headphones in particular have a careful balance to strike between not being too tight while also staying put, and the N60 Wireless manage to stay on the right side of snug.

They come with a soft neoprene carry case to protect them when they’re folded down in your bag, plus you’ll get an airplane adapter for those airlines still using them.

I’d usually prefer a hard case for the best protection, but the softer design plays to the N60 Wireless’ strengths of being slim and compact for those tight on space. 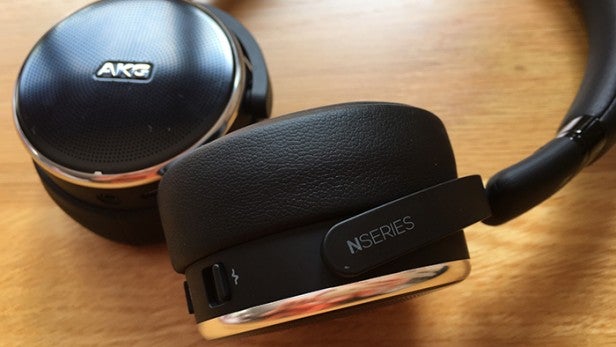 AKG has balanced the N60 Wireless really well, and it’s here in their sound quality that they really come into their own.

The mid-range sits ever-so-slightly forward, which helps these headphones sound clear and expressive from the get go. Vocals are textured and detailed, but are never disconnected from the instruments that surround them, which are given equal attention and insight. In fact, everything ties well together across the frequency range so music sounds cohesive from top to bottom.

Bass is well handled: full-bodied, but never over-powering. For all of the rich low-end rumble, they’re surprisingly agile too, putting plenty of punch behind drum beats while remaining quick enough on their feet to keep up with faster-paced tracks. 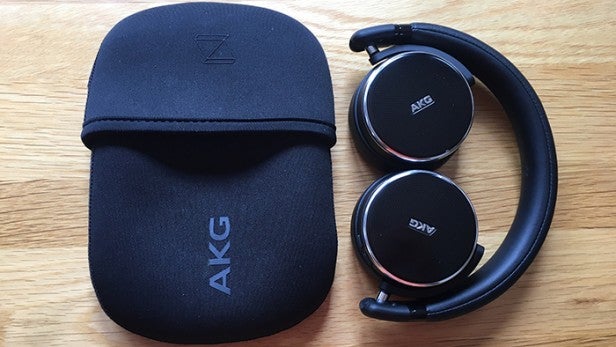 At the other end of the scale, the treble packs plenty of bite, adding to the N60 Wireless’ snappy and enthusiastic character. While refinement can sometimes lose out in these instances, the N60 NC Wireless keep a good handle on it, so the high end never shows any sign of hardness.

They’re a well-balanced pair of headphones, then, but the N60 Wireless are far from an analytical listen. They’re actually a lot of fun, while still organising music with an almost inherent level of precision. This means that instead of sounding uptight in their accuracy, it’s a natural, almost effortless sound that will work for just about any type of music. 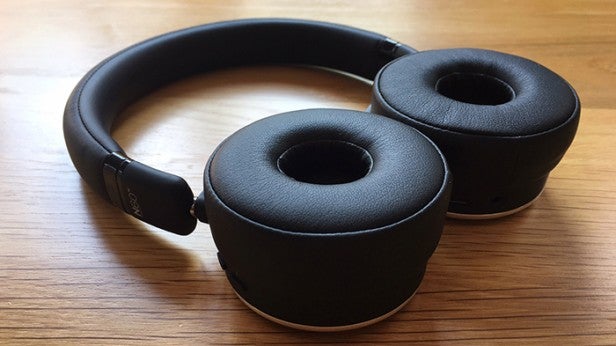 There’s a decent amount of space for a pair of closed-back cans, too, so dynamics have a chance to shine. Even big orchestral pieces have the space to build into a crescendo and back down again, with the N60 Wireless conveying tempo and volume shifts without hesitation. For all the excitement these headphones are capable of, they also know when to dial it down.

As for their noise-cancelling abilities, the N60 NC Wireless do pretty good for a pair of on-ear cans. You’re not going to get Bose QuietComfort 35 levels of peace and quiet, but they do a decent job of blocking out dull transport noise and general office hubbub to leave you in peace with your music. 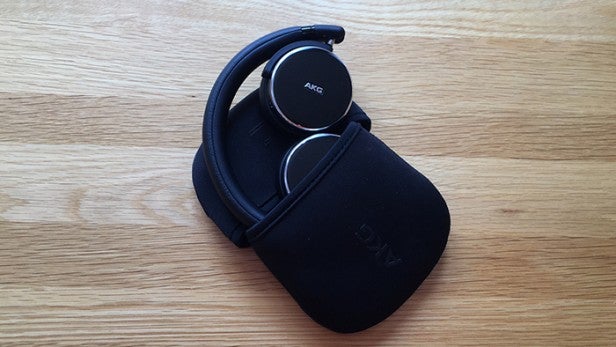 There’s a very slight noise-cancelling hiss that I notice when in wireless mode, but once music is playing, it’s almost entirely undetectable.

Finally, while using the included 3.5mm wire seems a little counterproductive for a pair of headphones billed for their wireless capabilities, it’s worth addressing the differences in sound.

Listening wired pulls everything just a little more tightly together, adding an extra level of punch and digging out a level of subtle detail you won’t hear over Bluetooth. That’s the limitations of the technology rather than any fault of AKG, but it’s worth considering for those times you don’t need to be wireless. 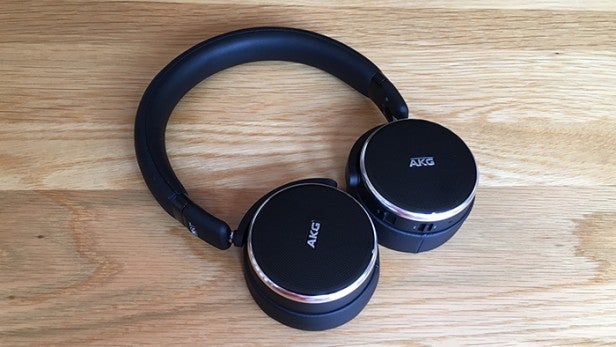 Should I buy the AKG N60 NC Wireless?

Shop around and you can find the original AKG N60 NC for as little as £200 now, meaning there’s a £50 premium to lose the wire. That seems reasonable for the extra tech and added convenience, not to mention the subtly upgraded design.

They’re punchy, detailed and well organised, and while they can’t quite compete with Bose for noise-cancelling smarts, the N60 NC Wireless certainly have a pretty good go for a pair of on-ears.

And it’s that on-ear fit that may very well draw people to them over other bulkier competitors. Lightweight and easily portable, they’re a formidable little package that’s certainly worth considering.