This machine is designed for 1080p playback, and there’s no denying its single-screen gaming abilities.

In BioShock Infinite it handled 1080p gaming at Ultra quality at 38fps, and it was one frame faster when running Grand Theft Auto V at its Very High settings. Both of those games were bolstered by strong minimum frame rates.

The Acer also handled more demanding titles. In Metro: Last Light – at Ultra quality settings – the G3 returned an average of 31fps, and it was one frame quicker in Middle-earth: Shadow of Mordor. Those scores are playable, but they also highlight the G3’s limits. Gaming at 2,560 x 1,440 won’t be possible unless older titles are loaded or quality settings are dropped.

It’s a clean bill of health for 1080p gaming, but the G3 can’t match the Overclockers Marvel 4K in synthetic tests. The Acer’s 3D Mark: Fire Strike score of 3,129 is what I expect from a modest, current-generation GPU, but the Marvel’s overclocked high-end card scored 9,955 in that test. In Unigine Heaven’s basic 1080p test the Acer’s 33.8fps score is trounced by the Marvel’s 122.5fps score. 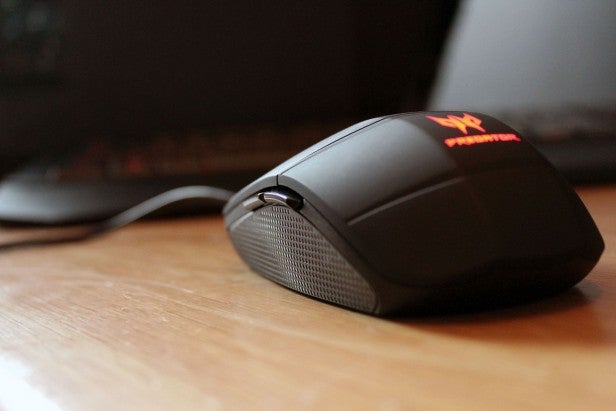 That’s all well and good, but it’s worth reviewing the facts before comparing the graphical abilities of these machines. The Acer is a cheaper and more balanced 1080p system, while the Overclockers system holds back in some areas in order to run with a pricier GPU that’s able to cope with the demands of 4K.

The Acer system’s more even spec becomes obvious in the application benchmarks. The Acer’s PC Mark 7 score of 4,344 is about 100 points beyond the Marvel’s result, and it also beat its rival in the Cinebench test. The Acer’s Core i5 won’t set the world alight, but it’s enough to handle games and applications without balking – only more intensive software that requires Hyper-Threading and extra speed will struggle.

It’s a fine mid-range start, but the G3 proves underwhelming in other departments. Its hard disk figures slump to sequential read and write scores of 126MB/sec and 124MB/sec. Both are below those of the Overclockers system, and neither drive can compete with even a modest SSD.

However, on the positive side, there are no concerns with heat and noise. The Acer’s processor and graphics card peaked at 71 and 80 degrees – on balance, I prefer those figures to the 61 and 92 degree peaks I recorded from the Overclockers system. It’s far quieter, too, with barely a whisper produced even during games tests. The Marvel 4K became noticeably louder when I pushed its components. 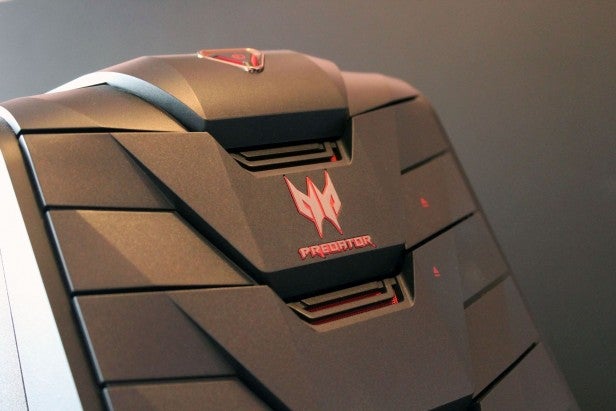 The Overclockers Marvel 4K is £100 more expensive than the Acer G3 and far quicker in games, but there’s no denying that its specification is heavily geared towards its high-end graphics card. That’s great for gaming, but it doesn’t necessarily make for a balanced machine: the older processor will be unable to handle more demanding modern software; the rest of the specification is underwhelming; and the case is basic.

Thankfully, Overclockers has a few alternatives in it range. Its StreamR Pro is a machine for people who broadcast over the Twitch platform, but it’s kitted out with GTX 960 graphics, a Samsung SSD, a Core i5 processor and a more versatile case. The Titan Scythe is an AMD-based machine with a six-core processor, SSD, Radeon R9 380 graphics card and a more versatile motherboard and chassis.

It isn’t only Overclockers that shows up the G3 with better hardware. Several other British-based builders offer compelling alternatives: Chillblast’s Fusion Centurion has GTX 750 Ti graphics, an overclocked Core i5-6600K processor, an SSD and a better motherboard; and Scan’s G36i gaming system has GTX 960 graphics and a 250GB SSD.

This, then, is the Acer G3’s biggest issue. There are a number of British firms out there selling systems for £700, and they’re better in many ways: faster graphics cards and processors are commonplace, and many machines at this price have SSDs alongside hard disks. Also note that most of the cases and motherboards are more versatile, and they all have longer and more comprehensive warranties. 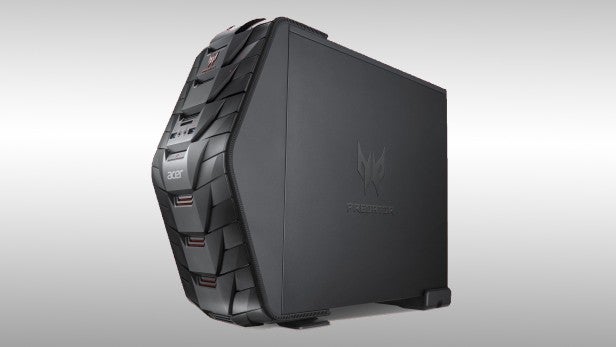 This system is designed for high-street buyers who want a big-brand 1080p gaming machine. That’s fine, and there’s no denying that the Acer Predator G3-710 fits the bill: its graphics card can handle any game at 1,920 x 1,080.

Move beyond the Predator’s striking styling, however, and there’s less to like. The interior is messy and offers limited upgrade potential, and changing components voids the warranty. The memory, hard disk and processor are all underwhelming, and the peripherals are inconsistent.

There’s also the fact that any popular British PC builder will be able to put together a faster, neater, more versatile machine with a better warranty for similar money. The Acer Predator G3 might deliver on 1080p gaming, but looking beyond the high street will mean a far better PC for £700.

The Acer Predator G3 will do the job, but there are far better deals out there.