This striking machine is Acer’s latest attempt to gain a foothold in the lucrative gaming market. The Predator G3-710 is an mean-looking system that aims to blast through top titles at 1080p.

The Predator faces an uphill battle. Although its £700 price won’t break the bank, with machines such as the Overclockers Marvel 4K promising far better performance and versatility for similar cash, it faces serious competition. 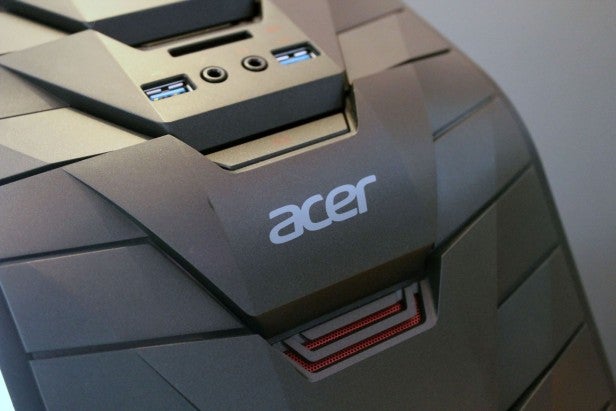 The Predator certainly attracts attention. The plastic front is angled in the middle and decorated with layered sections resembling tank tracks. An illuminated Predator logo sits close to the top, above which you’ll find a triangular button that glows with red lighting.

A handle can be found on the top of the chassis, and the upper portion of the façade has two spring-loaded sections that pop open – one holds the DVD drive and the other a spare 3.5-inch hard disk bay that eases out of the case with a tool-free handle. There’s even a spring-loaded holder for a set of headphones.

Build quality is reasonable. The metal used to construct the side panels isn’t too thick but it has undeniable strength, and the façade’s plastic is just as strong. The Predator isn’t too big – just 410mm tall and 185mm wide.

So while the Predator’s chassis certainly looks the part, get beyond the striking design and this system begins to underwhelm.

The interior is made from bare, unpainted metal, and there’s no motherboard tray – so the multi-coloured cables are strewn through the interior, with little regard for cable-tidying. The processor is secured with a bog-standard cooler, the graphics card is tiny, and the motherboard is a dull shade of green lacking any ornamentation. By comparison, the Overclockers’ smart black Asus board featured yellow slots and heatsinks.

Upgrade potential is minimal too. There’s a single hard disk bay on the inside, a couple of PCI Express x1 sockets, one empty SATA connector and two free memory sockets. This isn’t great, and it gets worse: the front-facing 3.5in bay is the only part that can be replaced, since removing the Predator’s side panel and switching out the components voids this machine’s warranty.

It’s a far cry from the Overclockers Marvel 4K. That system might cost £100 more than the Acer Predator G3, but the attention to detail is far superior. The cables are routed sensibly to maintain a tidy interior, and they’re all black – as is the metal used inside the case. There are a greater number of storage bays free, and the Marvel 4K’s warranty also won’t be voided as a result of any tinkering. 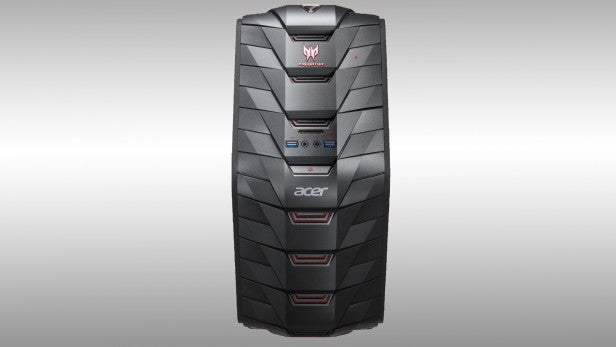 This machine is designed for 1080p gaming, so it’s no surprise that Acer has opted for AMD’s Radeon R7 360.

The R7 360 has a new name but, like many modest AMD and Nvidia cards, it’s based on older hardware. The Tobago core inside the R7 360 is a refresh of last year’s Bonaire Pro – itself a version of a GPU that first emerged as the Radeon HD 7790 back in early 2013.

The updated version of this old core has 768 stream processors and a 1,050MHz core, although there’s no Turbo to boost the GPU’s speed. It also has 2GB of dedicated memory.

The Core i5-6400 is another slab of mid-range silicon. It’s a modest chip featuring Intel’s Skylake architecture, a core clock of 2.7GHz and a Turbo peak of 3.3GHz. It has four cores but no Hyper-Threading, and since it isn’t an unlocked part, it can’t be overclocked. 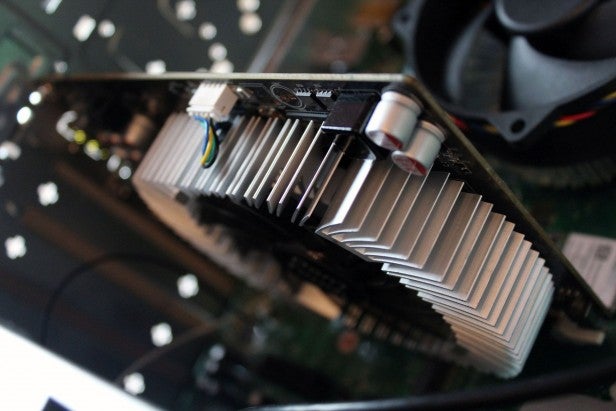 The 8GB of 2,133MHz memory is the bare minimum for this level of the machine, and the storage is similarly serviceable – the 1TB hard disk offers enough space for a decent games collection, but it won’t be able to match the speed from even a modest SSD.

The Overclockers machine uses its extra £100 on a specification that concentrates on graphics grunt. That machine has an AMD Radeon R9 390X that will easily outpace the R7 360: the Marvel’s card.

The Marvel 4K shares the G3’s 1TB hard disk and 8GB of memory, but it relies on a Core i5-4460 processor. That’s one area where the G3 could pull ahead, since the i5-4460 uses the older Haswell architecture – although its 3.2GHz stock speed is higher than the i5-6400 inside the Acer.