There are stretches of Metro: Last Light where it reaches places other FPS games rarely reach. There’s the desolate swamp where you frantically search for fuel for your generator and inserts for your gas mask, cowering all the time from the eerie noises made by the local mutant fauna. There’s the flooded tunnels of a disused line, the ramshackle night-spots of an underground thieves den, the spooky spider-infested corridors around an enemy encampment. This isn’t your usual post-apocalyptic nightmare, but a distinctly Russian one, grim and strange, yet balanced by pockets of warmth and sardonic humour. 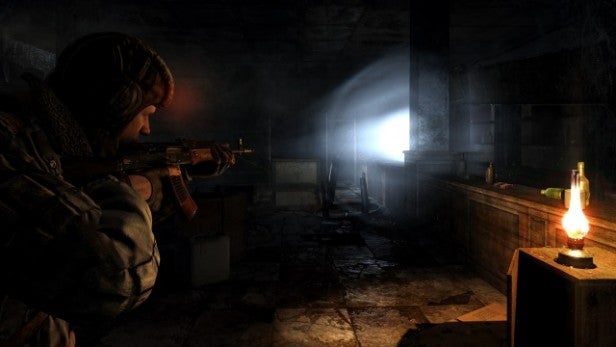 Saying that Metro: Last Life has echoes of Half-Life 2 is a double-edged compliment. There are elements of the gameplay that feel the best part of a decade old, but like Valve’s masterpiece, this game has its own distinct sense of place. It’s an FPS that’s about more than shooting people in the face. Sometimes you don’t even want to shoot at all.

Last Light is a direct sequel to 2010’s Metro 2033, and like its predecessor based on the fiction of Dmitry Glukhovsky. The survivors of a 2013 nuclear strike on Moscow have retreated to the sprawling underground, while mutants and the mysterious ‘dark ones’ roam the irradiated streets and parks above. You play Artyom, now a ranger, as he quests to find a survivor from the destruction of the Dark Ones in Metro 2033, against resistance from nasty neo-Nazis, just as nasty neo-Stalinists and still quite nasty flesh-gobbling mutations. 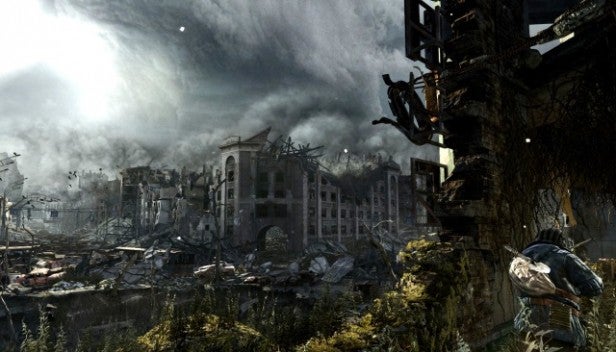 Strictly speaking, it’s more of a tunnel shooter than a corridor shooter, but the bare bones of the gameplay belong to that sub-genre. Last Light funnels you from one encounter to the next, where you’ll either sneak your way past or battle the current enemy, whether human or mutant. Diversions come straight from the Half Life 2 era, with the forwards flow pausing so that you can find a switch to activate a gate, take a ride in a patched-together rail-car, or defend a boat from being swamped by giant ‘shrimp’. Originality or innovation are not exactly Last Light’s strong suits, and there are perhaps too many moments where – for cinematic effect – control is wrested from the player’s hands. On the whole, though, it works.

For a start, the combat itself is satisfying. The mutants themselves don’t make the most thrilling opponents – they either shamble or charge towards you and then keep clawing or biting until you put them down – but they have strength in numbers and do a reasonable job of inducing panic. Your human adversaries, however, are surprisingly believable. Taking cover, moving to flank you, hesitantly sticking their head around the corner, they fight less like your standard paramilitary adversaries and more like what they are: rag-taggle survivors clinging on to life. It’s almost a shame to have to kill them. 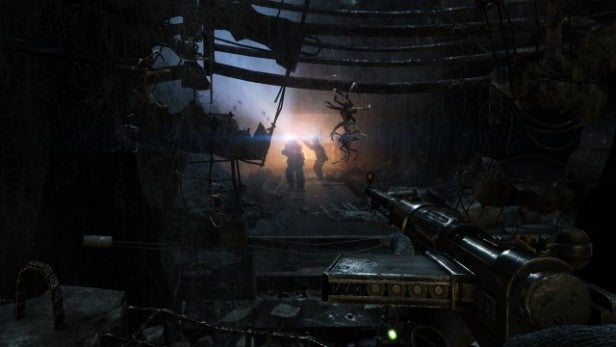 Luckily, you don’t have to. Metro: Last Life gives you ample opportunity to avoid wholesale slaughter, and with exceptions – vicious Fourth Reich goons, indiscriminate slaughterers, treacherous Reds – you feel better for holding back, using stealth and non-fatal blows to work your way past. After all, these are often just ordinary guys doing ordinary jobs under extraordinary pressures.