As one of the world’s largest computer manufacturers, Acer has the potential to make a pretty big impact on the Windows 8 convertible tablet scene. It already has the Acer Iconia W700 to cover the high-end Win 8 tablet segment, and its Acer Aspire S7 family caters to those who want more traditional touch-screen laptops. However, its Iconia W510 – a 10-inch detachable Atom convertible – is where the company has really brought some innovation to bear. 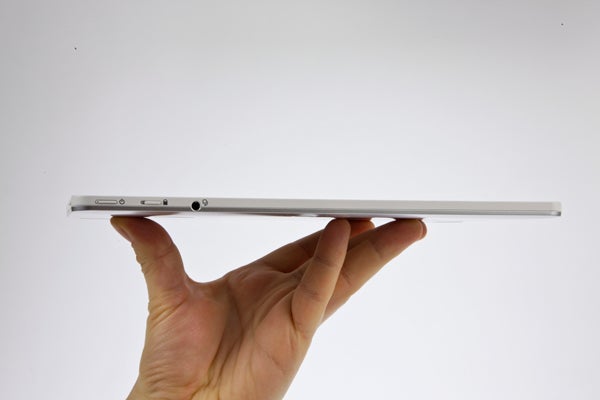 Competing with the 11.6-inch HP Envy x2, Asus Vivo Tab and Samsung Ativ Smart PC, the uniquely 10-inch Acer Iconia W510 is a ‘proper’ Windows 8 tablet/laptop hybrid that can run much of your legacy software, provides a multi-touch IPS screen, throws in a keyboard dock that also extends connectivity and battery life, and will last up to 18hrs on a charge. 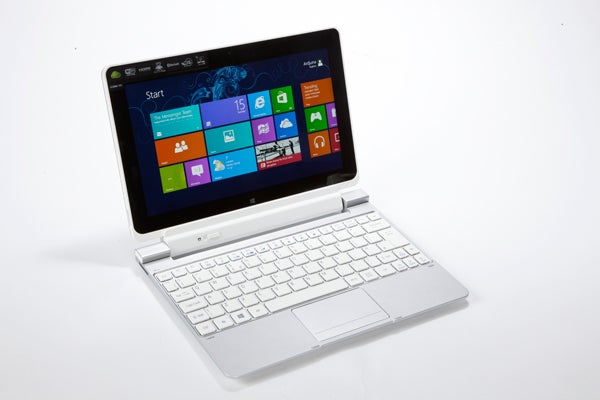 It’s dinky, generally well-built and well-connected, and easier to handle than its current rivals thanks to its smaller dimensions. It’s also considerably cheaper, and the only thing you’re missing out on is the Vivo and Ativ’s pressure-sensitive Wacom styli.

Last yet far from least, it sports an innovative hinge that lets you twist the keyboard base all the way round to act like a stand, a la the Lenovo Yoga. But is the W510 the compact bargain it at first glance appears to be? 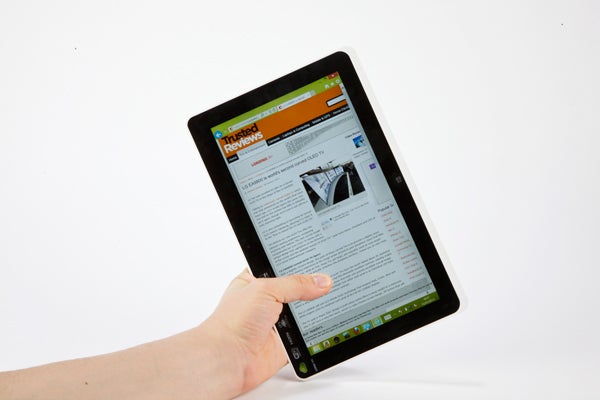 The Iconia W510 is a fairly attractive little machine. It’s constructed entirely of plastic with a nice combination of a predominantly plain silver faux-metal finish and matt white highlights. Acer hasn’t gone to great lengths to make it seem thin – the tablet part doesn’t feature tapering edges – and the W510’s white hinge against that silver lid makes it stand out rather than blend into the rest of the machine. None of the ports are hidden, and the screen’s inner bezel is black, which isn’t matched anywhere else on the W510. 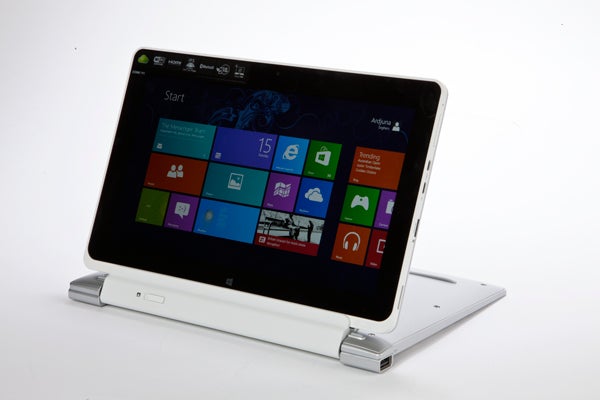 And yet, despite all this, the Acer Iconia W510 Windows 8 convertible tablet/laptop’s aesthetic comes across as more playful than cheap. The metal look is actually convincing, and because it’s matt rather than smooth or glossy, it provides a reasonably good grip.

Mind you, we still prefer a soft-touch finish, but this is the next best thing where ergonomics are concerned. And while we’re not particular fans of white in our tech, Acer’s implementation on this Iconia is both sensible and visually pleasing. 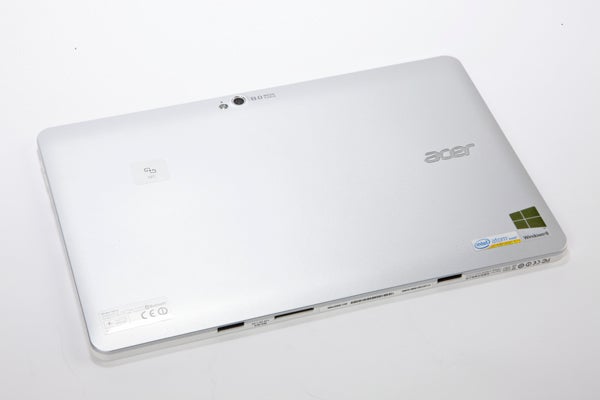 Build quality is pretty good throughout too. In fact, we’re going to go out on a limb to say that this is one of the best-built affordable Acer machines we’ve encountered in a while – though the keyboard dock doesn’t feel quite as solid as the tablet, and the tablet in turn can wobble a bit in its hinge (even though it’s actually attached very securely). Seams are neatly joined, the plastics don’t creak or flex, and of course the tablet’s screen is protected by toughened Gorilla glass.

The Acer Iconia W510 is also one of the lightest Windows 8 convertibles going, thanks to its relatively small 10-inch screen. The tablet itself weighs a mere 570g, making it considerably lighter than the 652g Wi-Fi only iPad 4 and its 11-inch rivals, the lightest of which still comes in at over 686g. 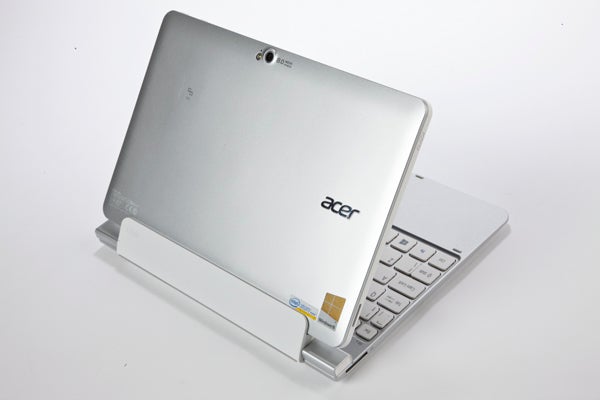 As such, this is the first Windows 8 tablet we’ve come across that we’d have no trouble holding with one hand for extended periods. Adding the dock to the equation takes this to a still extremely portable 1.26kg, which after all includes the weight of that glass screen and second battery.