As with most Windows 8 tablets, the Iconia W510 has front and rear HD ‘CrystalEye’ cameras, offering 2 and 8 megapixels respectively. The rear unit even features an LED flash, and both are capable of 1080p video. 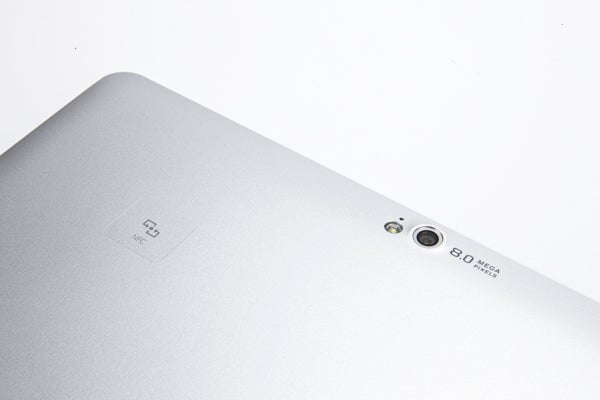 However, as with the majority of tablets we wouldn’t recommend trying to take nice pictures with the W510, as images tend to lack sharpness and colour accuracy.

If there’s one thing we can thank the iPad for, it’s making high-quality IPS panels the standard choice in even mid-range tablets, rather than the cheap and not-so-cheerful TN panels that used to be the norm. Like all its Atom-based convertible brethren, the Acer Iconia W510 sports a 1,366 x 768 IPS touch-screen which holds up pretty well, and which Acer calls CineCrystal. 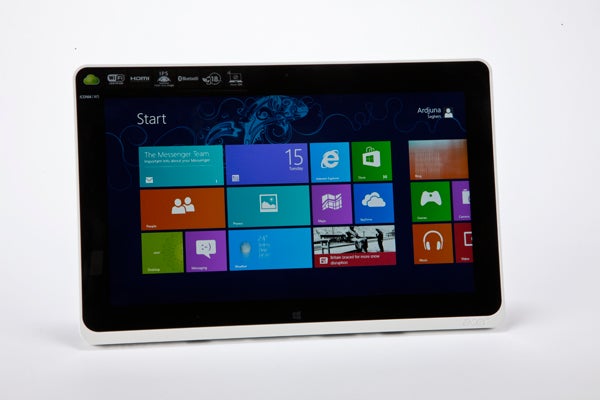 Colours are bright and punchy without being oversaturated, blacks are deep and, though you do lose a little dark detailing on the subtlest shades, it still offers a decent performance here. This is helped by the lack of any noticeable backlight bleed or clouding. 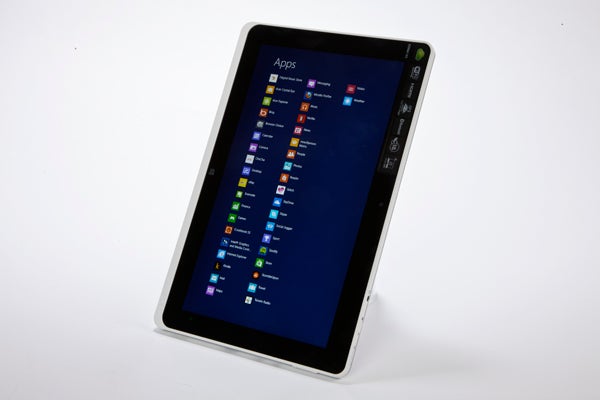 Gradients are also smooth with no artefacts, and squashing this resolution into a 10-inch screen – giving 156.7 PPI – means everything’s just that bit sharper than on 11.6-inch rivals. Inevitably, the Gorilla Glass 2 protection causes reflections when used in with strong ambient light and, unlike the 600nits Asus Vivo Tab, the 300nits screen doesn’t go bright enough to work in direct sunlight. Still, this is a complaint common to most tablets.

If there’s one minor down-grade compared to some rivals with the W510’s base hardware, it’s that the screen ‘only’ supports 5-point touch, compared to 10-point on some. Still, only in local multiplayer can we envisage the need to touch a tablet’s screen with more than five fingers simultaneously for the average user, and this limitation also applies to ‘proper’ Core-i Windows 8 tablets that cost twice as much as the Acer Iconia W510, like our recently reviewed Lenovo ThinkPad Twist. 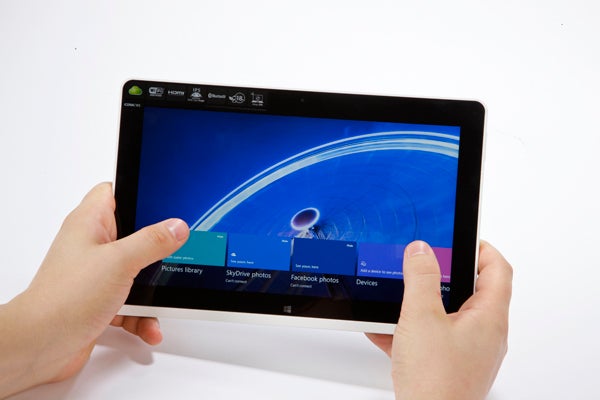 It’s worth mentioning Acer’s Ring software, which launches when you touch all five fingers to the screen simultaneously. Ring gives you a fairly handy quick-launch circle that lets you access photos, videos, documents, favourite apps and basic device settings with a single touch. It also gives you playback and volume controls, both of which would require an extra swipe and press to reach in Windows 8.

We were pleasantly surprised by the W510’s audio capabilities. Its side-facing stereo speakers manage relatively punchy and detailed sound at decent volume levels, with no painfully obvious quality drawbacks aside from the usual lack of bass. Considering this is the smallest Windows 8 convertible tablet we’ve tested, its performance here is impressive. 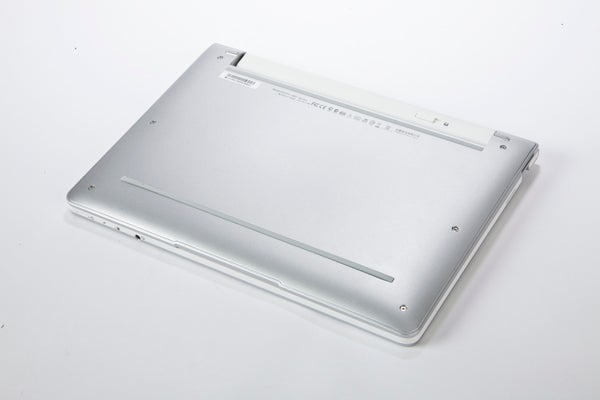 Unfortunately, the speakers’ positioning means your hands will likely cover them when holding the Acer Iconia W510 tablet in landscape mode. Also, we hardly need mention that even a half-decent set of headphones will still give you a better audio experience.