For such a small tablet, the Acer Iconia W510 sure packs in those connections. It has a headphone/microphone jack on its top, just beside the rotation-lock switch and power button.

On the right just under a nice little volume rocker you’ll find a micro HDMI port for hooking up to your monitor or telly, microUSB for connecting peripherals and storage, and MicroSD to expand internal memory and read cards from other mobile devices. In a nice touch, Acer includes a micro to full-size USB adapter. 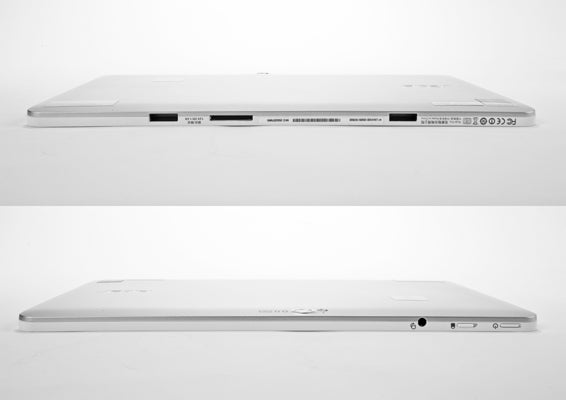 At the tablet’s bottom, we have the clasps that securely connect it to the dock and a proprietary charging port, which can be used as a second USB port with an optional adapter. Wireless duties are managed by Wi-Fi N, Bluetooth 4.0 and NFC, though unlike the Samsung Ativ Smart PC there’s no option for mobile broadband yet (an Acer Iconia W510 with 4G has been rumoured for later this year). 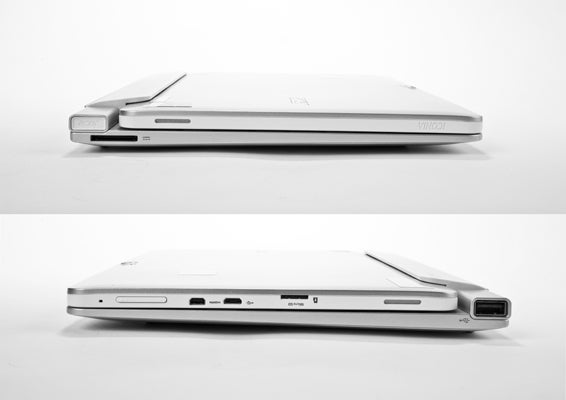 The dock is rather sparse on ports. It replicates the power charging port and gives you a single full-size USB port, and that’s it. We would really have liked to see a full-size SD card reader, but so far the HP Envy x2 is the only Atom convertible we’ve come across to offer one…

In a system that’s very similar to that found on other detachable convertibles, the W510 snaps into the dock’s protruding hinge very securely. To release is again, there’s a small slider switch on the hinge just above the keyboard. The hinge is very sturdy and almost stiff, but that’s no bad thing. 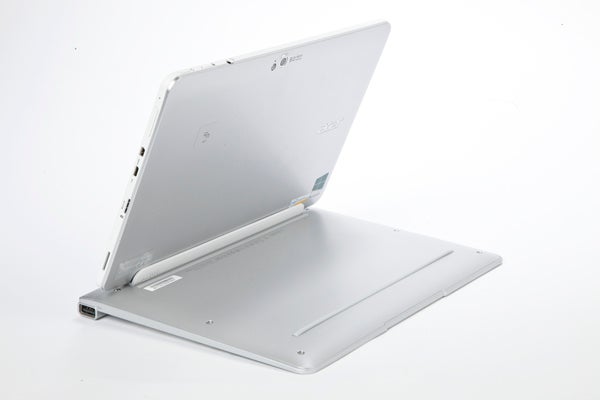 However, what makes the W510 stand out from the Windows 8 detachable crowd is that Acer takes things a step further than rivals. Where they only let you turn their tablets into ‘laptops’, the Iconia W510 takes a leaf from the Lenovo Yoga in letting you twist the base all the way round so that the keyboard is on the underside at the ‘tablet’s’ rear. This is great when using the base as a stand on a cramped train/bus table where you may not have room to put the tab into traditional ‘laptop mode’. 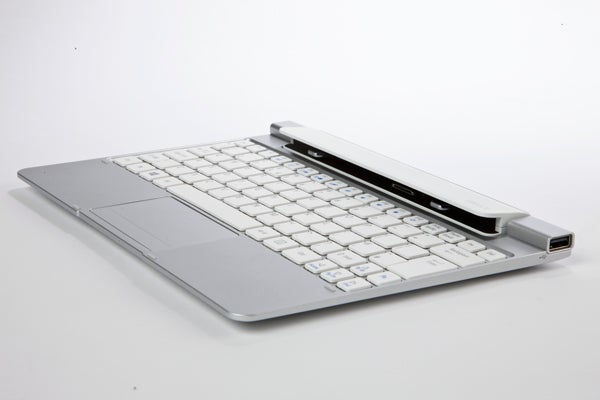 With our retail review sample, we did find that once – after flipping the keyboard base around to put the ‘laptop’ into ‘presentation mode’ – the ports on the dock became inactive and remained so till a reset.

As one might have suspected from its smaller 10-inch size, the keyboard on the W510’s dock doesn’t hold up well compared to the implementations found on its 11.6-inch rivals. Keys offer a nice, crisp action so we have no complaints with feedback, but they’re too small to make for comfortable typing and layout is not great (especially if you’re a right-shifter, as it’s far too easy to hit the up-arrow key). 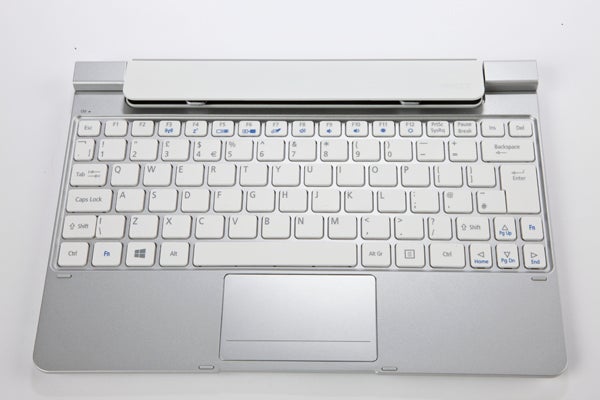 Mind you, if you had no problems typing on an Asus Transformer then you’ll get on just fine with the W510. However, we can’t understand why, when Logitech can manage to make a perfectly comfortable keyboard in even less physical space with its Ultrathin Keyboard Cover for iPad, other manufactures with years of experience can’t manage the same. 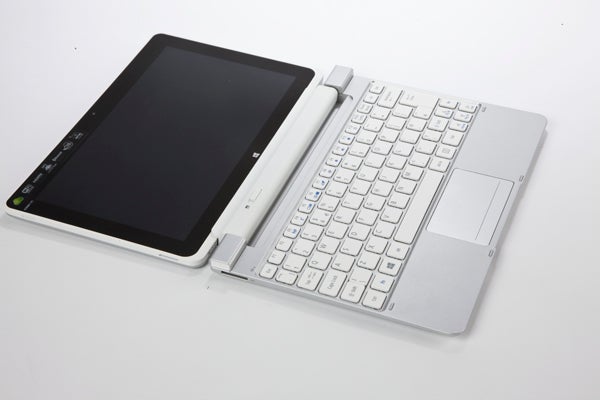 Likewise, the ‘buttonless’ touchpad is on the small side, and its integrated buttons are far too stiff to be comfy for long-term use. It’s not as big an issue with a convertible tablet compared to a laptop/netbook as you can usually touch the screen instead, but still something rivals manage better.