13 Sentinels: Aegis Rim is the best game Vanillaware has ever made. This entrancing tale of teenagers thwarting the apocalypse through the means of giant robots and time travel is truly one of a kind, subverting the tropes we’ve come to expect from anime and science-fiction to craft a story that easily sits amongst the genre’s best.

13 Sentinels: Aegis Rim is a narrative adventure that follows the lives of thirteen teenagers who find themselves recruited to help prevent the coming apocalypse.

Our heroes must pilot giant robots and travel through time as they try valiantly to save the planet. Unbeknownst to them, darker forces lie at the centre of this conflict, pulling the strings in ways that lead to bold revelations and heart-wrenching twists which make this Vanillaware’s finest work to date.

Telling the intertwining of so many central characters is no easy feat, but 13 Sentinels: Aegis Rim makes it look easy, crafting a nuanced, emotional adventure which had me enthralled for dozens of hours. While some narrative arcs lack development, this is still one of the finest journeys I’ve taken in 2020.

The elevator pitch for 13 Sentinels: Aegis Rim is this – imagine Geometry Wars, Fire Emblem and Persona had a beautiful child, and it grew up on a diet of obscure sci-fi visual novels and anime. If any of this sounds remotely interesting to you, I’d jump on this right away, since it’s filled with so many cool surprises and reveals that I will try my best to avoid throughout this review. 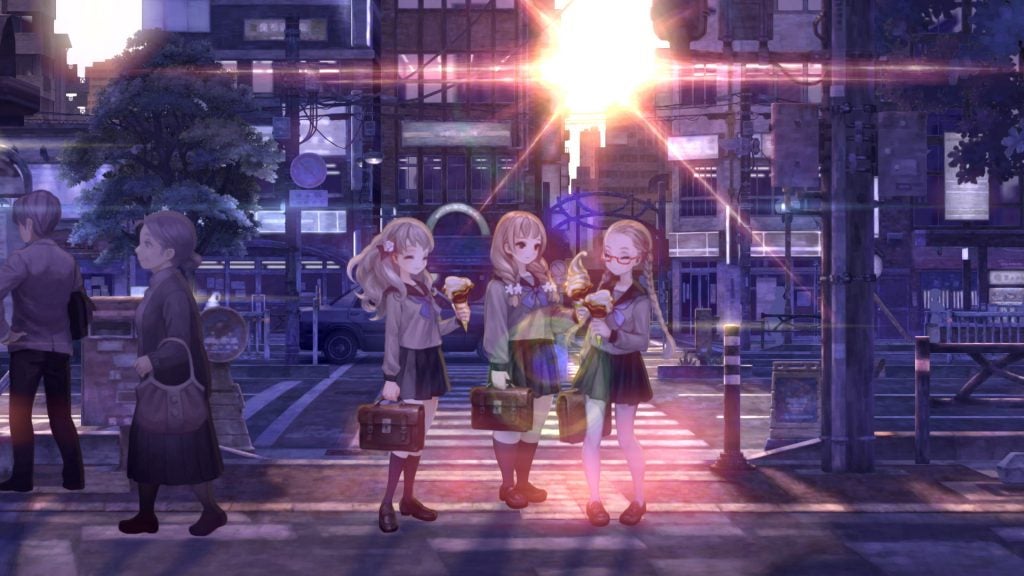 Previously renowned for hack ‘n’ slash RPGs, 13 Sentinels has Vanillaware stepping confidently out of its comfort zone, tackling far deeper narrative elements alongside a battle system which places a focus on real-time strategy. It’s a daring departure that is executed wonderfully, blending the two genres together in a way that is always complimentary.

The core story is rather complicated, but I’ll try my best to break it down without going cross-eyed. Mechanical monsters are destined to destroy humanity across a selection of time periods ranging from World War Two to the far-flung future, and we must fight back with the use of towering mechs known as Sentinels.

Unfortunately, these can only be piloted by a selection of young adults injected with nanomachines, due to the extraordinary mental and physical toll taking control of such machines has on the human body. That, and you can’t have mechs that aren’t controlled by teenagers, it’s like against the rules or something.

You’ll spend the majority of your time in 1985, attending school as the cavalcade of teenagers hop between different time periods to uncover the true meaning behind this invasion and what can possibly be done to stop it. What follows is an uncompromising sci-fi adventure that is incredibly complex, yet all of its twists and turns result in a magnificent payoff. The sense of place as you walk the streets of Showa-era Tokyo is extraordinary, with the world being brought to life with exquisitely detailed hand-drawn characters and watercolour backgrounds that truly bring these mixture of worlds to life. While the perspective is predominantly 2D, Vanillaware plays with the scale of each new location beautifully.

Pedestrians, mechanical creatures and other elements are blended into the background seamlessly, making it feel like each screen is a living, breathing world as opposed to a static picture. I was left in awe at scorching sunsets on Sumire Bridge, or watching in peril as a giant alien rose out from the ashes of a burning village in 1945.

13 Sentinels: Aegis Rim isn’t just about the aesthetic though, it’s also an involving adventure where you’ll constantly be making decisions and interacting with a diverse range of fascinating people. Each character has their own storyline, leading up to the final battle which makes up the strategic combat portions of the experience. 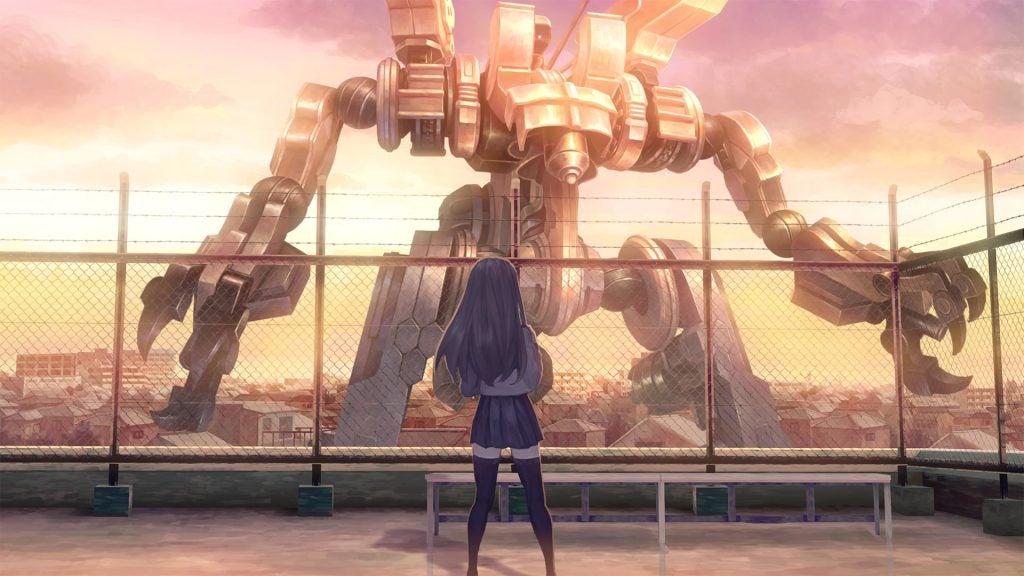 You’ll travel through time absorbing dialogue and solving puzzles to advance the story, learning about your place in this world and why you’ve suddenly been drafted into the battle to save the planet. Some characters are stranded in a different time, forced to survive in a new environment while also coming to terms with their own mortality. While others are clearly hiding a sinister past, or simply aren’t aware of what they’re capable of due to higher powers influencing their memories in strange, corrupt ways.

Each arc is filled with surprises, many of which tug at the heartstrings because of how I’d watch all of these people grow and form relationships before my very eyes. I could spend thousands of words delving into the intricacies of each character, so I’ll just nail down two of my personal favourites. Natsuno Minami is a young teenager with an obsession for cheesy science fiction films and conspiracy theories, and is shocked when she comes into contact with a droid known as BJ who requires her help to return home.

The ensuing tale is fun, heartwarming and ends on a real tearjerker, and it was delightful watching these two individuals bond as they slowly realising exactly what was at stake and the sacrifices that needed to be made to save their homes. 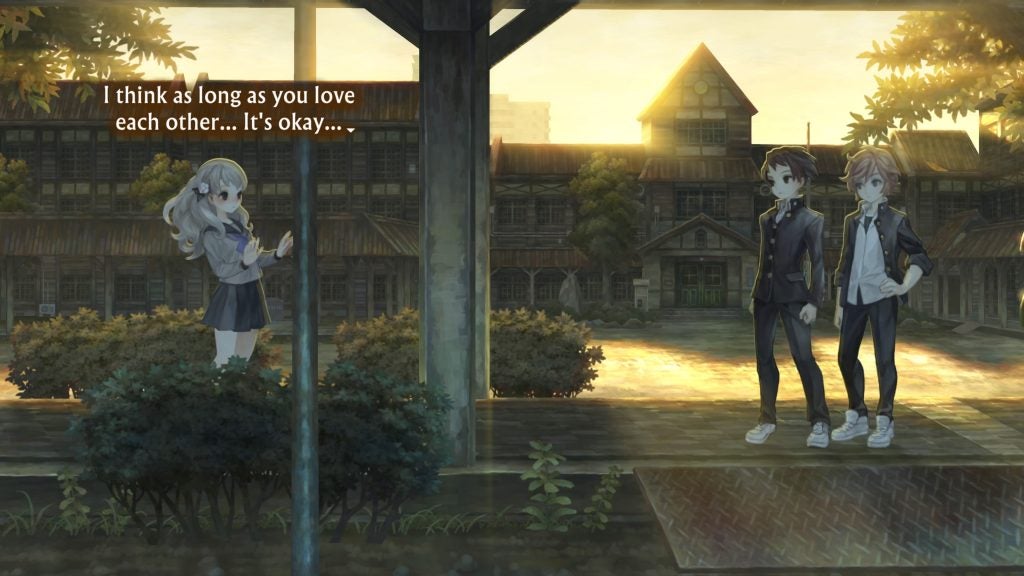 Takatoshi Hijiyama is another highlight. A young serviceman in the Japanese army, he’s transported to 1985 and must learn to adapt to a foreign new home, but finds himself falling in love with the very man responsible for his predicament. It’s a touching love story, and arguably the first positive gay romance Atlus has ever produced.

Many of the individual character arcs intertwine as you travel through time and draw closer to the central mystery, but it never feels overbearing or clumsily implemented. If anything, allowing everyone to breathe outside of their own storylines gives them additional strength, watching as they react to events from vastly different perspectives.

One of my only complaints is having less freedom to explore each time period, since they are always locked behind narrative pretenses, and you’re oftentimes a passive witness to the unfolding story instead of influencing exactly how it will play out. This can lead to some scenes leaning a little too heavily on exposition before you’re finally handed the reigns.

At times you’ll need to make different decisions during the same repeated instance to find the right solution, which happens often enough that I felt like my actions genuinely made a difference. But these are small niggles in an otherwise fantastic affair, and I feel the blistering pace benefits the end result far more than my eagerness to explore. 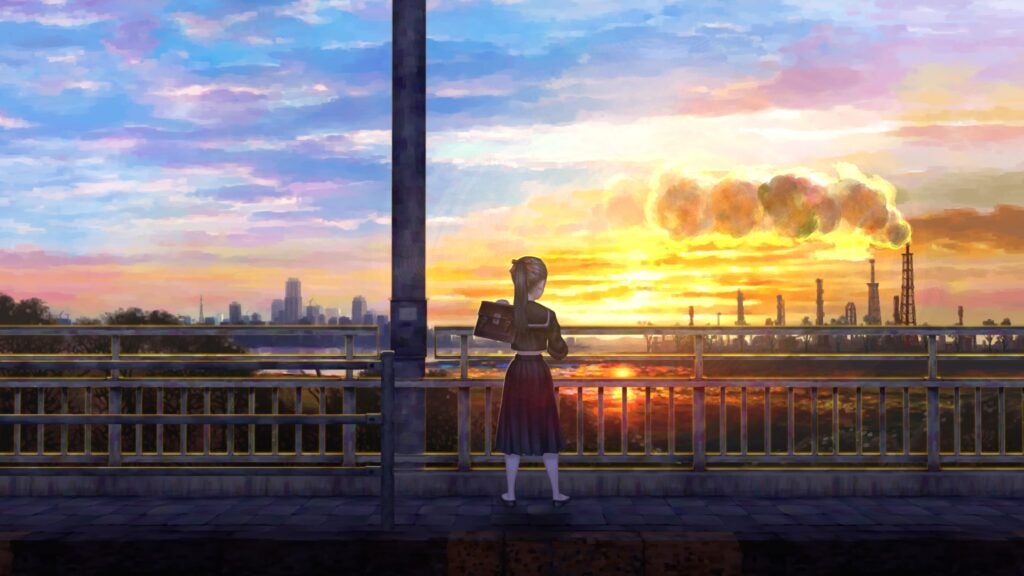 Combat in 13 Sentinels: Aegis Rim is done separately from the narrative, although they compliment each other through nuanced cross-progression and unlockable intel which assists in fleshing out a robust encyclopedia of lore. If you’ve played Advanced Wars or Fire Emblem, moment-to-moment battles feel strikingly similar here.

Your objective is to defend a central point on the map from oncoming kaiju who come in a range of different forms. Some are monolithic behemoths capable of spawning smaller units, while others soar through the area and fire missiles upon you. Different tactics must be deployed to best them, with larger units vulnerable to melee attacks, while EMPs must be activated to bring flying creatures down to the ground.

Luckily, your Sentinels are more than capable of getting the job down, despite finding themselves vastly outnumbered in each and every battle. Some mechs will prioritise defense as they spawn sentry guns and surround their allies with shields, biding their time by the base until adversaries eventually swarm.

Melee-focused combatants must get up close and personal, wailing on the enemy with a mixture of strikes and close-range lasers. You can change exactly how each Sentinel is geared by upgrading their attributes and implementing new skills, all of which surface as part of a traditional levelling system. It’s all fairly simplistic, but is deep enough to keep you invested as you dip into battles alongside the larger story. 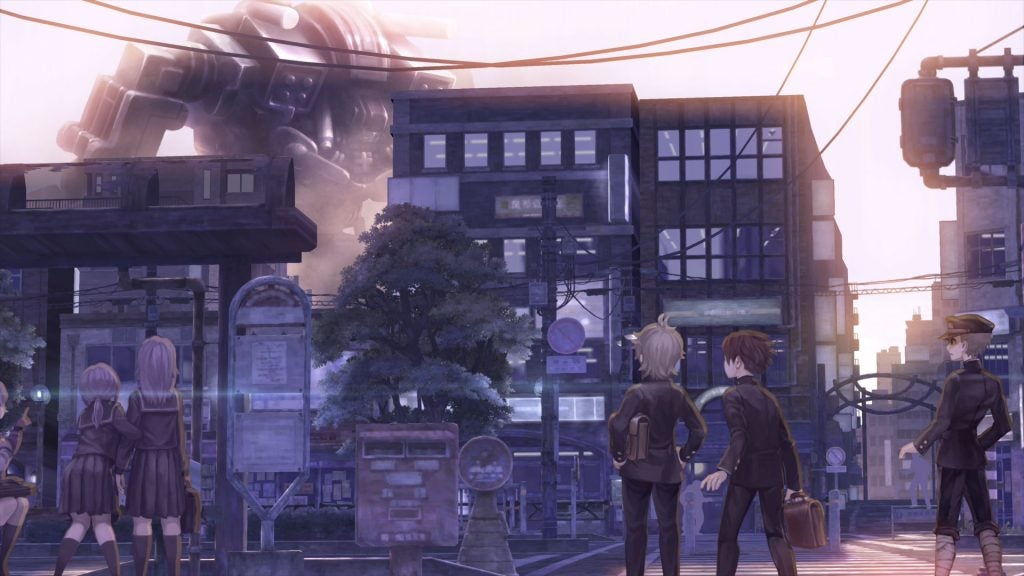 Character interactions also appear throughout each battle, with personalities you’ve seen grow close throughout the campaign crack jokes and express worry for one another as they head into battle. It’s all schmaltzy anime melodrama of the highest order, but is expressed with a conviction that made me care about what was happening.

My favourite battle involved this rebellious crew of teenagers defending a mainframe from invaders as a popstar from the future hacked into a satellite from orbit while she’s singing an absolute banger of a song. Yep, I couldn’t make this up.

13 Sentinels: Aegis Rim is the best game Vanillaware has ever made, which is a striking statement given how beloved Odin Sphere and Dragon’s Crown have become amidst hardcore audiences.

But this entrancing tale of teenagers thwarting the apocalypse through the means of giant robots and time travel is truly one of a kind, subverting the tropes we’ve come to expect from anime and science-fiction to craft a story that easily sits amongst the genre’s best.