What are the WWDC dates?

WWDC is upon us. The worldwide Apple developers’ conference takes place on 2-6 June, and all the biggest releases from Apple will be announced on Monday 2 June.

What will we get? Apple hasn’t teased anything yet officially – it never does – but a few little leaks and that Apple pretty much talks about the same ‘families’ of products every year mean we know what to expect already.

Will we see the iPhone 6 at the WWDC Apple keynote? It is highly unlikely. But there are plenty of other software and hardware announcements look forward to.

UPDATE: WWDC has come to pass, here is what’s landed. 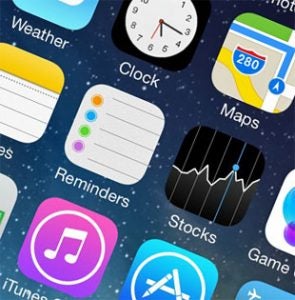 WWDC always means a new version of iOS, so we’d put good money on the 2014 event hosting the first public outing for iOS 8.

What do we know about iOS 8? Not much, actually. Certainly a lot less than iOS 7 last year, which spilled its guts all over the web in the months leading up to WWDC 2013.

That should be a hint that iOS 8 won’t be the radical step forward that iOS 7 was. Rather, it promises to be a solid iterative update on the design and themes laid out by its predecessor.

The biggest rumour so far (courtesy of a leaked app icon) seems to surround a new default Healthbook app, is Apple’s attempt at a new health and fitness tracker. And if you’re thinking that might be laying the groundwork for a certain rumoured wearable Apple device later in the year (more on which later), well, we’d be inclined to agree.

Alongside this new Healthbook app, the leak appeared to show iOS versions of the TextEdit and Preview OS X apps. This suggests that Apple is looking at firming up the file-handling capabilities of its mobile OS to better replicate that of its desktop OS.

Elsewhere, we can probably expect to see iOS 8 expanding on the Touch ID system introduced with the iPhone 5S. In particular, we wouldn’t be surprised to see Apple finally introduce a new mobile payment system using your fingerprints for authentication.

For a more down-to-earth extra, there are reports that Apple Maps will now offer public transport directions, bringing it closer to what you get with Google Maps.

We’re also hoping to see what Apple intends to do with Beats, the audio tech company it just bought for $3 billion. It’s best-known as a headphone maker, but also created the Beats Music streaming service. 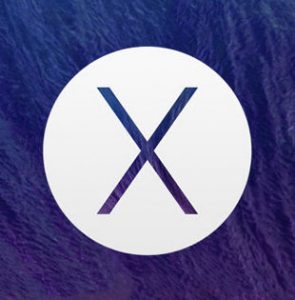 One other thing you can bank on at a new WWDC is a new version of OS X, Apple’s ever-evolving desktop operating system. This year could see the unveiling of OS X 10.10, a name that has cropped up in web analytics.

If that doesn’t sound like a particularly snappy new version name, that in itself should tell you that this is unlikely to be a particularly momentous overhaul. It won’t be OS X 11 (or OS 11), in other words.

Still, that’s not to say that Apple won’t be ringing the changes for Mac users. Some reports have suggested that Apple will bring iOS 7’s bold, flat visual style to the new version of OS X. We doubt that the update will be that dramatic, but a further shift away from Apple’s old skeuomorphic tendencies seems likely after Apple started the ball rolling with Mavericks.

As for precise information on new OS X 10.10 features, well, there isn’t any. It’s all speculation at this point, with suggestions such as Siri implementation and an improved Notification Center sounding like good bets without being based on anything concrete. 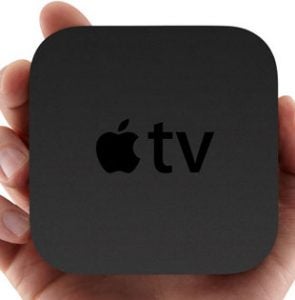 Apple once asserted that Apple TV was a mere hobby, but you can bet your bottom dollar that it’s now a priority for the Cupertino company. With the recent launch of the Amazon Fire TV, it’s pretty much imperative that Apple reveals its own living room entertainment plans soon.

Rumour has it that the new Apple TV – which would represent the first major hardware update for two years – will be able to stream content from established media institutions, and may even be fitted with a TV tuner. It could, effectively, have the capabilities of a standard set-top-box, but with Apple’s UI magic sprinkled on top.

Other reports suggest that Apple will enable its new box to act as a games console, just as the Fire TV does.

The question is, will Apple use WWDC to unveil the new Apple TV? It would make sense for one simple reason: developers. Such an ambitious new Apple TV would have to have its own App Store, so the sooner Apple can get developers making content for its new platform the better.

And what better opportunity to launch a new SDK than when you have thousands of talented content creators under one roof, hanging off your every word?

We wouldn’t say we’re expecting to see the Apple TV at WWDC 2014, but it would certainly make sense for Apple to do so on a number of levels. 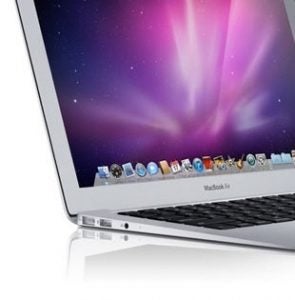 Apple has been known to use its WWDC events to announce new MacBook hardware. In 2012, the company used the event to launch the first MacBook Pro with Retina display.

That’s why we’re always a little hopeful that Apple will release an exciting new laptop at WWDC. But what might a new MacBook look like in 2014?

The recent release of a 2014 edition of the MacBook Air makes a Retina version of the Air seem unlikely this early. Unless it offers something quite apart from the 11-inch and 13-inch versions currently available.

As for the MacBook Pro range, there are a couple of reasons why a big refresh seems unlikely. The last wave was introduced in October, and the next generation of Intel processors – known as Broadwell – is not available yet. Still, fingers crossed.

What not to expect

You might have noticed a few major omissions from our list of what to expect from WWDC 2014. So let’s deal with those.

First, the obvious one. Don’t expect to see an iPhone 6 announced at WWDC. While the iPhone 4 was announced at just such a June event, the three subsequent Apple smartphone models have had their own special event closer to the end of the year.

Nor should you expect to see a new iPad launched. Again, Apple tends to launch its new tablets towards the end of the year to capitalise on the holiday spending period.

Of course, there are those rumours of a super-sized 12.9-inch ‘iPad Pro,’ but again, we can’t see that being shoe-horned into a packed June event.

Finally, the big new platform everyone’s waiting for – the iWatch. All credible reports point to a launch some time towards the end of the year for Apple’s smartwatch, so June’s WWDC event may come a little too soon – particularly as iOS 8 (which will likely be optimised for the iWatch) won’t have its feature set finalised until nearer its launch later in the year.

Next, read our iOS 7 tips and tricks article