What is the 15-inch MacBook Pro with Retina display?

Like the iPad Air, Apple’s 2013 refresh of the MacBook Pro lineup focused on making them slimmer and lighter. The 2013 15-inch MacBook Pro with Retina display still has the incredible screen from which its name is derived, and it remains now 25% thinner and 20% lighter than the old MacBook Pro. In real numbers this equates to just 18mm thick and is 2.02kg in weight, which is impressive when you consider the 15-inch MacBook Pro crams in a quad-core ‘Haswell’ Intel Core i7 processor. Of course, with prices starting at £1,699 you pay a pretty penny for this, so does this year’s update justify such an outlay? 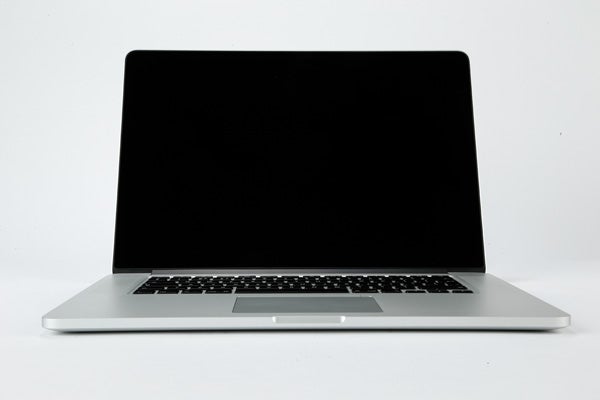 It’s easy to be blase about how light the MacBook Pro is. At 2kg it’s nothing on a MacBook Air or similar Ultrabooks, but rewind a few years and this was considered light for a 13-inch laptop. The Dell XPS M1330, for example, weighed exactly that with a 6-cell battery that lasted around four hours, or over 2.3kg with an ugly 9-cell battery for over six hours on a single charge.

We mention this because, besides its weight, it’s easy to dismiss as the MacBook Pro as nothing new: a great disservice. Making a laptop this large and powerful weigh just 2kg while maintaining decent battery life is no trivial effort. As ever, the build quality and finish is exemplary. The only thing we don’t like about the 15-inch version are the little holes for the speakers. They’re a necessary evil, but they do spoil things a teeny-weeny bit. 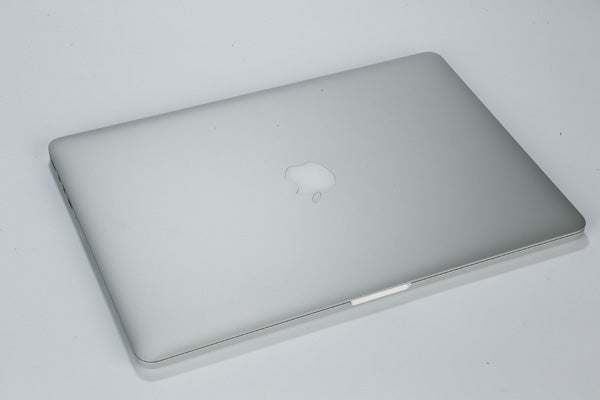 Of course, this being Apple connectivity isn’t prodigious, but what’s here is well-chosen. There are just two USB 3 ports, though they’re on separate sides so they can’t block each other. The right-hand one is joined by an HDMI output and an SDXC memory card slot. The HDMI port is an unusual one for any MacBook, but a vital one for anyone looking to use the MacBook Pro for video editing.

The left side, meanwhile, includes the alternative to HDMI: two Thunderbolt ports. These do double service as mini DisplayPort outputs, which mean you could in theory have two 2,560 x 1,600 external displays alongside the built-in screen, or you can daisy-chain up to six peripherals on each port. There’s a single headphone/mic jack, too, and dual-microphones built-in for active noise cancelling.

On the inside there’s 802.11ac Wi-Fi (a notable omission on the most recent iPads) and Bluetooth 4.0. There’s no space for built-in Ethernet, of course, but Gigabit Ethernet is available via an adapter if you need it. 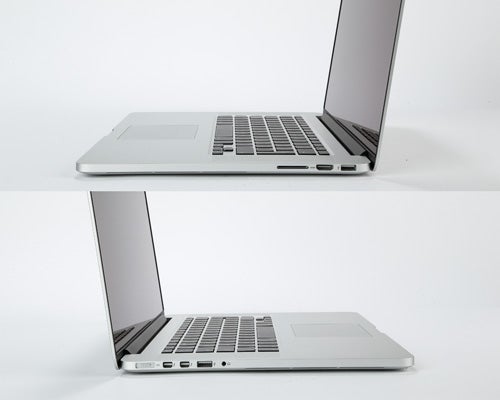 We’re a little disappointed here, but not because the Retina display on the MacBook Pro isn’t good: it is. No, because for reasons we’re yet to ascertain we couldn’t get our Xrite i1 Display Pro to play nice with the MacBook Pro. The only conclusion we could glean is there’s probably a driver issue with Mac OS Mavericks at present, but the net result is we can’t give you the kind of detailed breakdown we normally do.

This is annoying, though our usual visual inspection shows this is still a very good display. Unlike the recent 27-inch iMac we reviewed, we saw no evidence of ‘crushed blacks’ on the MacBook Pro. This means you shouldn’t have to do quite so much fiddling about to get the screen looking correct. 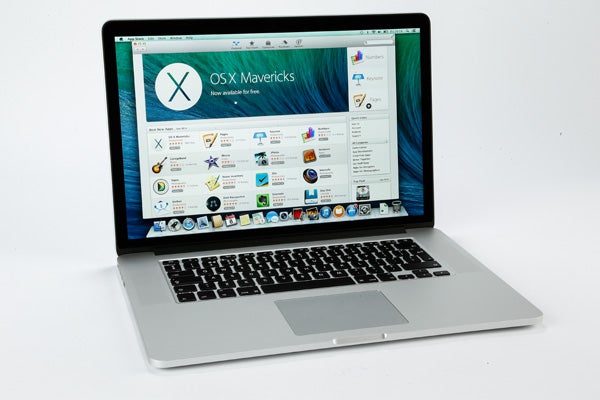 Obviously text looks razor-sharp, so we won’t waste too much time on that, but colours also look rich, bright and (more importantly) accurate. They’re not oversaturated, while colour gradients show no obvious signs of banding. From eye alone we’d say contrast is good, but not outstanding: it’s about in line with what we would expect from high-end IPS displays, though perhaps not quite as good as the best VA-based screens we’ve seen recently.

Regrettably Apple has long since abandoned selling matte versions of its laptops, but there’s some comfort in the fact reflections from the screen are much better than average. The combination of coatings, filters and the tight ‘air gap’ between the LCD panel and glass cover keeps them to a reasonable minimum, though it’s not enough to eliminate them entirely.