Threshold is the leaked codename term that refers to the launches of Windows 9, Windows Phone 9 and a major Xbox One update in 2015. It will see Windows reach a crucial point – that will bring either rejuvenation or the slide to irrelevance.

Windows Phone’s momentum will be up against iOS 8 and Android 5.0, and Windows 9 will desperately try to restore the public confidence lost by Windows 8. Both need to up their game to compete.

Windows 9 is the most important of the lot. The desktop PC remains the one sector where Microsoft remains completely dominant and it is the foundation upon which it builds everything else. As such the pressure for Microsoft to bounce back and maintain its ‘one good, one bad’ OS release record has never been greater.

What does Windows 9 need to achieve that? We take a look:

The Problem: In Windows 8 nothing divided customers more than the ‘Modern UI’ (formerly known as ‘Metro’). While the naming is terrible, its aim of trying to please both touchscreen and keyboard and mouse users was ambitious and admirable.

Modern UI has its fans, but it has alienated others and introduced alterations to long running Windows control methods that have left many baffled and frustrated.

The Solution: The first thing Microsoft must decide is its direction – does it persist with the Modern UI and try to make the integration with the Windows desktop more natural or – as many would like – separate it completely or even bin it along with Windows RT?

With so much invested I can’t see the latter happening (though Windows RT should be canned) and Windows 8.2 leaks show Modern UI apps becoming accessible from the desktop so it looks safe to assume Windows 9 will not become Windows 7 v2.0.

In which case, for starters we’d like to see a simple fix: better use of transparency. The start menu is a dizzying shift away from the desktop, but making its background translucent would keep users grounded. The mooted return of the start button is also crucial and must be an option as well as the choice to disable the Modern UI completely. 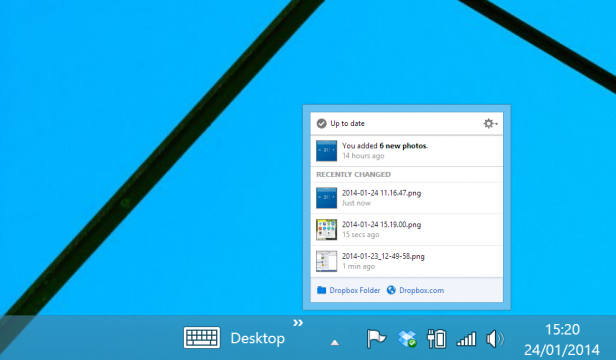 The Problem: Ultra-high resolution ‘Retina’ displays in phones and tablets have brought a crispness we now hunger for on our PCs – something PC makers are fast beginning to offer. But Windows 8 doesn’t scale well. This means as the resolution gets higher and the pixels get smaller the desktop simply shrinks.

In Windows 8 users can enlarge text of Windows elements up to 200 per cent then manually increase the zoom in browsers and documents, but it is a frustrating mess and many parts – notably taskbar notifications – do not resize (as in the pic above). This is a fundamental flaw in Windows 8.

The Solution: ‘Make it scale’ is a simple request, but one that is very hard to implement. Windows 9 will have to make major changes to the core code and even then choosing a default scale size is virtually impossible.

The Problem: The Modern UI tried to satisfy both touchscreen and keyboard/mouse users, but in failing it arguably also made Windows 8 control worse for the latter (and dominant) group.

The mixture of ‘Hot Corners’, bezel-orientated swipes and Metro UI overlays may have delighted tech-savvy users with the latest kit, but – like so many aspects of Windows 8 – it frustrates others. PC makers similarly have taken it upon themselves to try and make navigation with keyboards and mice easier in Windows 8 with an array of custom gestures that has only further complicated and fragmented the control structure.

The Solution: Microsoft must take charge. Defacto gestures must be defined – gestures that PC makers must implement. And if Microsoft was previously brave enough to introduce the Windows Key, something similar may be a good idea for future Windows 9 hardware.

Regardless, mobile OSs have flourished through carefully thought out, intuitive controls and Microsoft needs to marry its vast experience in both to create an OS that is more enjoyable to use… then also backdate this to Windows 8. 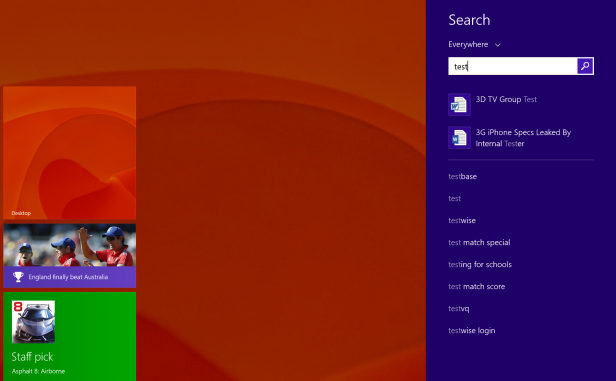 The Problem: By integrating desktop, Web and Modern UI search results, Windows 8.1 fixed many of the search problems in Windows 8. But it didn’t get them all and finding local files in particular is still easier and faster with Windows 7.

The Solution: One touch search must be made available through both the desktop and Modern UI. An obvious solution would be a long press of the Windows key for desktop users to bring up a search bar with full screen results.

Similarly Modern UI search results nonsensically appear in a narrow column with no scrolling options when it should both scroll and fill the screen. Google is the model here – it makes search ubiquitous throughout Android and Chrome OS, and Microsoft should do the same. 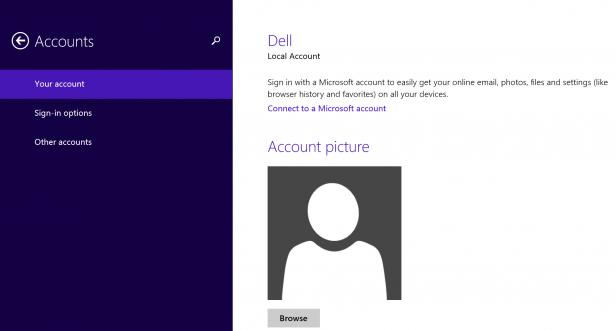 The problem: Part of the appeal for Windows owners is that it is ‘not a Mac’, by which Windows fans tend to mean the platform doesn’t exhibit the same amount of control over the programs and services you must use.

Windows 8 has changed a lot of that. Modern UI settings cannot be backed up without a Windows Live account and SkyDrive, Modern UI apps cannot be downloaded from anywhere but the Windows Store, Modern UI searches must be through Bing, Skype is installed by default and on and on.

The Solution: Windows 9 needs to go back to serving users, not Microsoft services. If we want to use Google in the Modern UI, backup to Dropbox and install Modern UI apps directly from app makers or third-party stores offering cheaper prices we should be able to do so.

More than two years ago I argued Microsoft is turning into Apple and it remains on course. Microsoft doesn’t need to mimic Apple to be successful and it needs to stop force feeding users its services. Windows 9 should set users free and, in doing so, win them back.

Next, read our look at Windows 8.1‘s new features