Microsoft’s latest financial results are in and both earnings and profits are up. In fact, financially everything looks pretty good for the company apart from one glaring issue: Windows RT. Microsoft revealed it has taken a mind boggling $900 million hit on Surface RT due to “inventory adjustments”. In plain English: no-one wants them.

So why is Windows RT proving to be such a hard sell? We think we have some pretty good reasons…

Reason #1: It’s Windows 8 Lite
When Windows RT was announced it sounded like a great idea: a version of Windows that is finally compatible with ARM processors. The presumption was that it would allow Windows 8 to be used on more portable devices with greater battery life, cut hardware costs and launch Windows into the tablet space (more of later).

The reality was to get Windows 8 on ARM, Microsoft had to butcher it so it would run on less powerful hardware. So instead of extending the reach of Windows 8 for all intents and purposes Windows RT splintered the operating system and consequently…

Reason #2: It confuses people
For a start there is the name: ‘Windows RT’. It stands for ‘Windows Run Time’ – a reference to the Windows Runtime Library (WinRT) technology that allows developers to write apps that work across both it and the full fat Intel-based Windows 8. Yes it is not exactly consumer friendly, but given its Windows 8 Lite status meant Windows RT couldn’t responsibly be called ‘Windows 8 on ARM’ Microsoft found itself in a pickle.

Worse still, having picked a terrible name, Microsoft did a poor job of explaining its relevance to consumers, which only complicated things. Consumers understood the models of Apple and Google: phones and tablets share an OS (iOS and Android) and PCs and laptops share an OS (Mac OS X and Chrome OS). 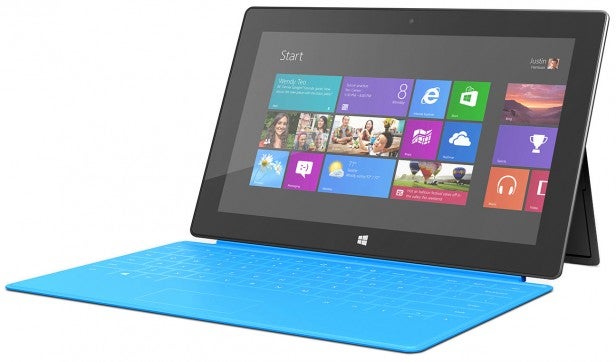 The Surface RT had the market largely to itself. OEM’s backed out early.

Reason # 3: Hardware wasn’t ready
While we predict Windows RT doesn’t have long for this world, we suspect history will remember it more kindly. It is an ambitious idea that doesn’t work and a major reason is the hardware wasn’t ready. Had Intel had powerful, low power chips like Intel Haswell and the next-generation Intel Atom’s a few years earlier, Microsoft wouldn’t have needed to butcher Windows 8 during its development to make it run efficiently on ARM. Similarly had ARM had low chips powerful enough to run Windows 8 a few years ago Microsoft could’ve focused on a full version with sophisticated emulation software.

The problem is Microsoft was desperate. It had seen the iPad suddenly succeed in tablets where it had failed time and again and it had no answer. Instead of pitching a half baked version of Windows Phone (which – naming aside – may have been the smarter idea) it went for the differentiator of a full Microsoft Office experience by butchering Windows 8. Which brings in another argument about Windows 8 in general… 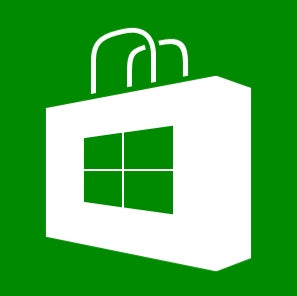 While Windows RT’s ambitions were caught out by hardware restrictions, arguably the fundamental idea behind Windows 8 is also ahead of its time. Again Microsoft was acting out of desperation as it watched a shrinking PC market and wanted to make an OS that was all things to all people and all devices.

Windows 8.1 suggests Microsoft knows how to improve the OS over its lifespan, but where it has a gargantuan amount of x86 legacy software to fall back on, Windows RT dropped all that in favour of the duo’s shared touch friendly apps. Naturally at launch very few of these apps were available which led to weak demand and in a self fulfilling prophesy weak demand led to app developers ignoring the platform. Windows 8 could survive this, Windows RT cannot.

Reason #5: It competes with itself
It is said that a daft dog bites itself, but with Windows RT Microsoft showed it was more than happy to sink its teeth into its own hindquarters. Whereas Apple and Google push distinct product lines that work together largely without overlapping, Windows RT was primarily a cheaper alternative to Windows 8.

Reason #6: Poor launch hardware
And yet Microsoft would’ve gotten away with some of this had the hardware, which greeted the launch of Windows RT, been more appealing. Yes, Microsoft had its Surface range, but it was available in limited quantities and still suffered from poor battery life – ironically the very thing making it ARM compliant was meant to solve.

But more damaging was that while we have mentioned Windows RT was major hardware challenge, partners were unmoved to meet it. Like consumers they seemed reluctant to invest in innovative designs having seen Windows tablets fail many times previously and so stuck to what they knew: pushing out desktops, laptops and even some hybrids for Windows 8.

Consequently, Windows RT hardware was thin on the ground and Acer, HP, HTC, Nokia and Toshiba cancelled devices before launch. That scared off others such as Samsung, which caused them to pull out after launch.

Reason #7: Its walled garden is excessive
Even with a near catatonic start, Windows RT may have grown support had Microsoft not implemented restrictions that make Apple platforms look like an open source hippy convention. All Windows RT apps must be vetted through the Windows Store with Microsoft taking the same 30 per cent cut of sales developers give up for entry to the more successful Apple App Store and Google Play stores.

Customers are similarly restricted. Before using the Windows Store, Windows RT users must sign up for a Microsoft account – something that is true of Windows 8, but Windows RT owners have no other way of obtaining software. Furthermore, unlike Windows 8, Windows RT locks users to Internet Explorer and even this is a cut down experience since Microsoft doesn’t allow any web plugins and Flash content only works on Microsoft-approved websites.

Jailbreaks have been developed, but Microsoft is actively looking to close these which, in its current state, is like pointing a loaded gun at its own feet.

Reason #8: It was too expensive 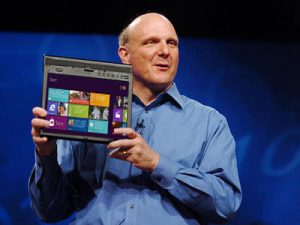 It is unclear why the Windows RT devices that have made it to market are so expensive, but we’ll hazard a few guesses.

First, all partners have to build devices to rigid hardware guidelines that ensures a minimum level of quality, but leaves manufacturers fighting over the same components.

Secondly, Microsoft charges too much for the Windows RT licence. No standard fee is set, but prices can be as high as $120 and talk of slashing them to $30 comes too late. After all every Windows RT device not only needs this licence, but one for Microsoft Office is also mandatory.

This combination seems to have caught out hardware partners themselves. Lenovo exec David Schmoock said last August that he expected Windows RT tablets to retail for $300 – $500 (£196 – £328), but its launch device was $800 (£524). Somewhere the sums went badly wrong. You don’t challenge the market leaders by being more expensive.

Time for a trip to the vet
Some of these points were obvious at launch, others have only reared their heads thanks to hindsight. That said, as it stands Windows RT has no consumer or hardware traction and it serves only to confuse consumers, fracture the Windows 8 brand and damage its credibility by association.

The humane thing to do is for Microsoft to put Windows RT out of its misery. Windows 8.1 shows great promise and Microsoft needs to focus on two primary OSes. It was a nice try, it failed. Time to move on.

Next, read about the new Windows 8.1 features