OPINION: Damien McFerran wonders where Hideo Kojima will go next, if those rumours about the Konami departure are true. Or at least Konami would admit them.

Yesterday brought the news that Metal Gear fans feared, but had been expecting for the majority of 2015 – Hideo Kojima has finally parted company with Konami, the place he has called home for almost 30 years.

One of the most famous games designers of all time (second only to Nintendo’s Shigeru Miyamoto, you could argue), Kojima is the creator of the insanely popular Metal Gear franchise, the latest of which, Metal Gear Solid 5: The Phantom Pain, earned $179 million globally on its first day of sale. That eclipsed the $84 million day-one take of Hollywood smash-hit Avengers: Age of Ultron – a movie that cost three times as much to make.

Kojima is certainly going out at the top, but his departure from Konami has been anything but amicable or straightforward. Earlier this year his name was unceremoniously removed from promotional materials relating to The Phantom Pain, and there were reports that Konami was planning to wind down his studio, Kojima Productions, once development was completed.

The high-profile cancellation of Silent Hills – a reboot of the famous horror series that Kojima was working on with movie director Guillermo Del Toro – will have added to his grievances. As will his removal from the company’s board of directors. 2015 was the year that Kojima and his employer fell out in spectacular fashion. 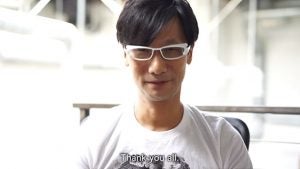 Konami’s apparent shift from home console development to mobile gaming would support such stories. The company has experienced incredible financial success in the mobile market without having to spend the $80 million it cost to develop the latest Metal Gear Solid title, and can hardly be blamed for wanting to focus its efforts in what appears to be a more profitable sector of the gaming market.

However, the proposed move has triggered an exodus of talent from the company. Castlevania producers Koji Igarashi and Dave Cox both left in 2014, and this year Julien Merceron – the man behind Konami’s bespoke Fox Engine – also departed. Kojima is therefore the latest in a line of high-profile exits, none of which Konami will lose sleep over if it truly wishes to abandon home console development for mobile.

Has Kojima officially left the building?

While Konami is currently denying the news that Kojima has exited stage right, the New Yorker reports that a farewell gathering was arranged on his behalf at Kojima Productions on October 9th – supposedly his final day at Konami.

There appears to be some confusion about when Kojima can officially start working elsewhere too. Some reports suggest he has a “non-competition” clause in his contract that forbids him from engaging in development until December, while others say that his Konami contract expires at the end of the year. In both cases we might not hear anything from the illustrious designer until 2016 at the very earliest.

But what could be Kojima’s next step? How can he possibly follow up The Phantom Pain, one of the most lavish and polished video games of all time, without the colossal funding that Konami (begrudgingly) provided? 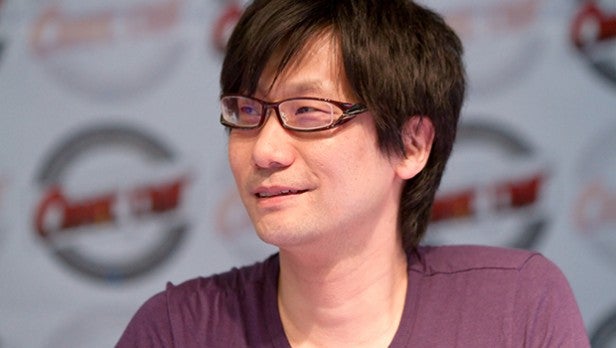 What’s next for Hideo Kojima?

1. Kojima Productions 2.0 or another studio?

While fans of Metal Gear Solid will be distraught that the series has to continue without its creative svengali at the helm, the rest of the gaming world has reason to be cheerful. Kojima’s talent will surely mean that he’s snapped up fairly quickly by another studio.

Or, if he chooses to found his own company, he should find many publishers knocking at his door with chequebooks in hand, eager to do business.

Of course, signing up for such a deal effectively means Kojima will be putting his head into the same noose that Konami provided. He would be beholden to the publisher when it comes to development budgets, deadlines and other business-focused affairs.

Having endured a particularly torrid time over the past year, Kojima could be forgiven for not wanting to walk willingly into the same situation again – and after almost 30 years at a single publisher, he may well wish to reclaim some independence. 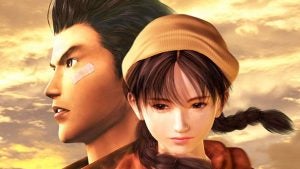 2. The next major Kickstarter campaign?

Crowdfunding has already proven to be a viable route for fellow Konami alumni Koji Igarashi, who secured over $5.5 million for his Castlevania spiritual successor, Bloodstained: Ritual of the Night.

Igarashi is a well-liked and respected developer but his stature is hardly comparable to that of Kojima, and if he took to Kickstarter with a brand-new game concept the campaign would surely destroy the $6.3 record recently set by Yu Suzuki’s Shenmue 3.

It might sound like the dream ticket for Kojima. He would have complete creative control over any new game he comes up with and wouldn’t have to answer to a publisher.

But even if he managed to double Shenmue 3’s total (which Yu Suzuki has already admitted is too small to fulfil his vision) that would only give him a total budget of around $12 million – a fraction of what was spent on The Phantom Pain. That means scaling back, and Kojima is not a designer who likes having limits imposed on his work, hence the spiralling cost of producing The Phantom Pain.

A reduced budget means less time for refining the gameplay, expanding the game world and creating the intense cinematic experience Kojima’s games are so famous for.

In short, a Kojima game made on a tight budget might not necessarily feel like a Kojima game when it finally hits store shelves, unless he decides to turn his hand to something a little different to the action games that have typified his career to date. 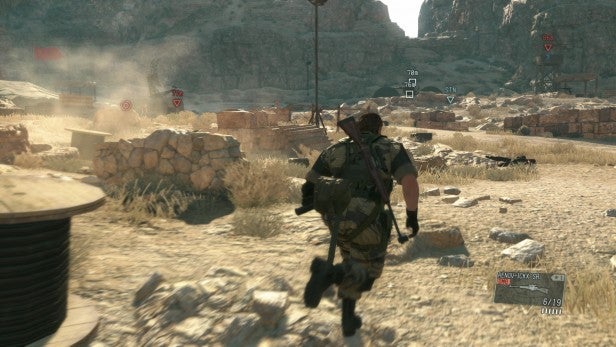 3. A break from games entirely?

Another option is for Kojima to turn his back on games altogether and move into a creative field he has always been passionate about: filmmaking and storytelling.

The Metal Gear Solid franchise has been criticized in the past for its lengthy, unskippable cutscenes, and while The Phantom Pain dialled these back considerably, you only have to play the previous titles in the series to know that Kojima is as much a director as he is a game designer.

His work takes many cues from famous Hollywood movies and his Twitter account is flooded with images of cult films, both modern and from the past. He’s a ravenous consumer of the moving image and it wouldn’t be out of the question for him to consider stepping behind the camera as his next logical challenge – assuming there’s a Hollywood studio prepared to bankroll him, of course. 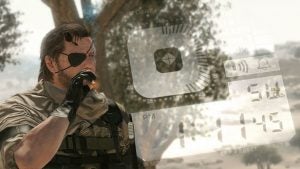 Perhaps, after the intense development period of The Phantom Pain and the unfavourable dealings with Konami, Kojima merely craves a break from creative endeavours entirely.

He could spend the next few years relaxing and recharging his batteries, freed from the pressures of multi-million dollar game development. He could indulge his love of movies, music and other media, and continue to relentlessly post images of his meals to Twitter, as is his want. 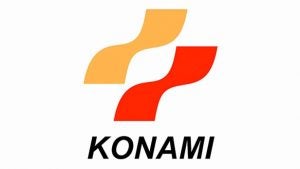 Another possibility – and with Kojima, it’s always worth considering this – is that all of this is nothing more than publicity stunt.

Kojima famously created an entirely fictional game studio to tease Metal Gear Solid 5: The Phantom Pain, even going as far as to wrap an actor up in bandages and have him masquerade as Joakim Mogren, the studio’s leader.

Kojima clearly revels in teasing fans and messing with their expectations, and while it’s a long shot, this year’s tumultuous events could all be part of his master plan.

That’s an unlikely theory, as is the notion of Kojima returning to Konami when his period of recuperation has finished. Konami continues to insist that Kojima remains an employee and is simply resting after the arduous task of completing The Phantom Pain.

In a perfect world it would be tempting to suggest that the game’s incredible commercial performance has swayed Konami into retaining its most prized asset. Metal Gear fans may well be crossing all their fingers and toes as they read this, wishing it to be true.

It’s the only realistic way that the franchise is going to maintain any degree of credibility after all. Without its creator on board, it’s hard to imagine Metal Gear reaching the same thrilling and often bizarre heights again. 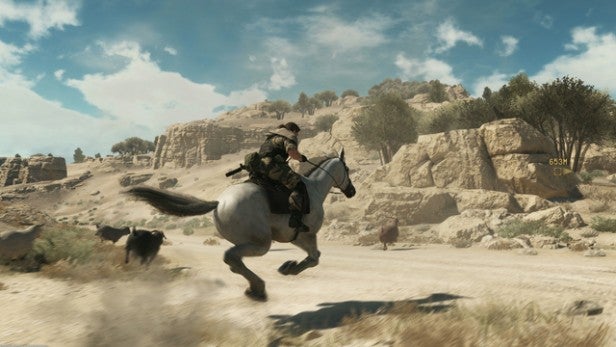 However, Konami’s aforementioned change of heart on home console development means that we’re unlikely to see it bankroll a project of Metal Gear Solid 5’s size again, not when it knows full well that low-cost smartphone titles can offer a better chance of success without the massive financial cost.

Whatever Kojima chooses to do next, it is certain that the eyes of the gaming world will be fixed on him squarely. In fact, the events that have unfolded this year are arguably without precedent in our industry.

Sure, we’ve seen high-profile departures from big companies in the past – Peter Molyneux leaving Bullfrog and Lionhead, Dave Perry walking away from Shiny Entertainment, Richard Garriott selling Origin Systems to Electronic Arts, to name but three such examples – but Kojima is arguably a bigger draw than all three of those (very talented) individuals combined. Especially when you take into account the incredible success of The Phantom Pain.

What do you think Kojima’s next step will be? Do you think the Metal Gear Solid series can continue without his involvement? Or do you perhaps feel like his talent is exaggerated when compared to other leading developers of our period? Sound off in the comments section and let us know what you think.