The Wearable Technology Show once again made a return to London’s Excel exhibition centre to showcase some of the latest wearable technology. Here are some of the weird and wonderful things our Wearables and Fitness Editor Richard Easton saw at the show.

After the complete and utter madness of Barcelona’s MWC 2017, it was nice to have a trade show that wasn’t dispersed across an entire city, with separate press conferences all vying for your attention – causing you to lose your mind in the process.

Walking through the Wearable Technology Show 2017 was a considerably more civilised affair. But any attempt at identifying some overarching theme for where wearables are going will only result in a similar MWC-esque headache.

Still, there were some interesting things to be seen, including… 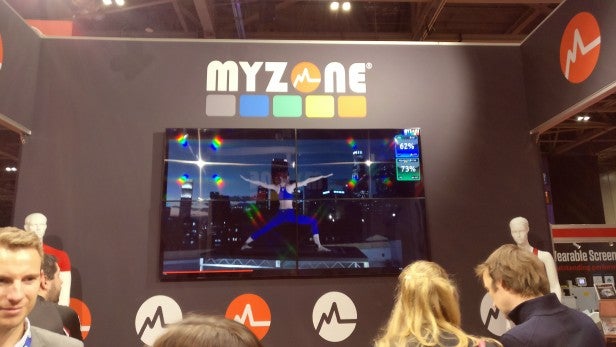 I was a big fan of the MyZone MZ-3 heart rate monitoring fitness wearable. It was based around rewarding fitness and effort, rather than just tracking activity. By applying a gamified approach to a workout, it made you want to push yourself a little harder.

MyZone was at the Wearable Technology Show to demonstrate its new subscription service, called MyZone Movies – which makes it sound rather like a Netflix-style streaming service. Promoting marathon sessions on the couch it does not, though, as it’s more of a virtual workout service.

Essentially, there will be 500 guided workouts available through the subscription service alongside suggested effort and intensity using a MZ-3 heart rate monitor or one of MyZone’s connected sports apparel. It sounds a lot like the Moov HR’s guided workouts, except with 500 workouts there’s considerably more variety.

Pricing hasn’t been revealed for the new service just yet, so perhaps hang on to that gym membership a little longer. 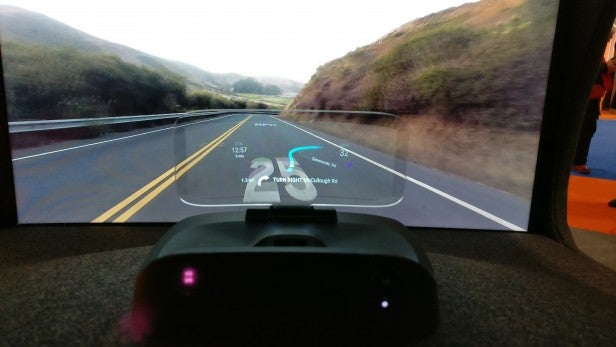 Not entirely sure this one can be considered a wearable in truth, unless that is the subject doing the wearing can be a vehicle. Either way, the Navdy looks like a seriously cool piece of technology.

Described as the ‘world’s first augmented driving device’, it’s a connected sat nav designed to keep your eyes firmly fixed on the road. It sits on your car dashboard and has a small transparent display that is used to project turn-by-turn navigation in front of you within your line of sight.

So far, so basic – all of today’s sat navs work like this minus the transparent display part. But things get more useful when paired with your smartphone. Now you can get caller ID, notifications and messages, then there’s hand gesture recognition thanks to a sensor on the device. A wave of your hand can accept or reject a call or interact with incoming alerts. A steering wheel control dial also lets you interact without distracting you from the road.

Search is also included and powered by Google. Navdy is promising the device will get smarted with use and anticipate your needs. There are neat little touches to the navigation, such as the route marking changing colour based on upcoming congestion.

The Navdy also plugs into your car’s Onboard Diagnostics Port so you’ll get speed and engine information displayed. A range of magnetic mounts are included and Navdy is promising setup should take no more than 15 minutes.

The real question, though, is whether or not this slicker presentation is going to be worth the Navdy’s price tag of £599. Oof. 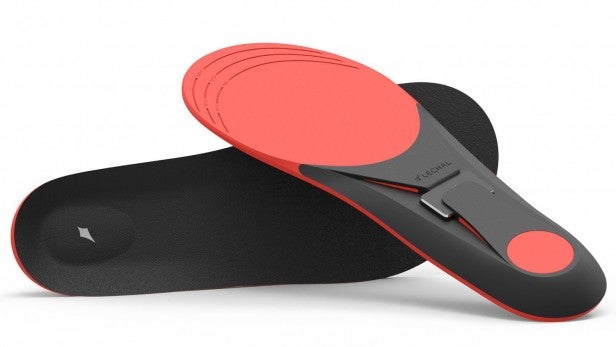 Rather coincidentally in following the two previous devices, the Lechal combines both fitness tracking and navigation into a device that goes either in your insoles or attaches to your laces.

The sensors pair with your phone over Bluetooth and you can set a destination in the companion app. The sensors in each of your shoes will then vibrate whenever you need to make a turn. So a vibration in your left shoe means to turn left.

There’s fitness tracking thrown in, with the sensors able to detect your steps taken more accurately than something wrist-worn and give you your distance covered. This all sounds like the Under Armour SpeedForm Gemini 2 Record I reviewed last year, which similarly had a sensor in its insole. Lechal is promising 15 days battery life.

The Lechal sensors are available for £80 from Amazon. 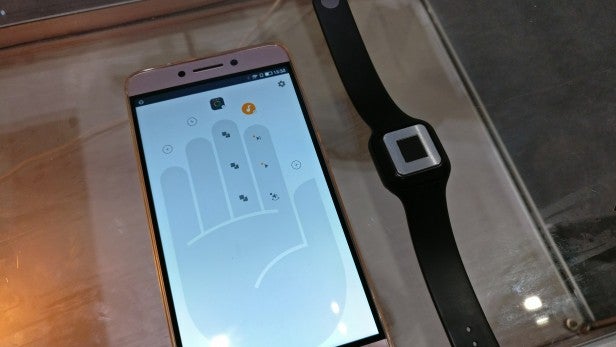 This little button promises automation all tied to your fingerprints. You’re not limited to just the tips of your fingers, though. You can program the button to work with three different parts of each finger, leaving you with a wide variety of actions you can automate. I was told the programmable button uses the same fingerprint sensor as in the Google Pixel, too.

TapDo is promising integration with the likes of Philips Hue, Logitech Harmony and IFTTT, and the company is opening up its own API for other services to integrate with TapDo. I had a demonstration of using it to control music and Philips Hue lightbulbs, and it all worked a treat.

The device can either be wrist-worn, or a clip accessory will be available to wear elsewhere. You could of course just affix it to one place and use it as a more versatile version of the Logitech Pop Switch. The TapDo will soon be launching on crowdfunding platform Kickstarter. 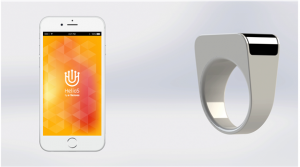 Currently seeking funding on Indiegogo, this is supposedly the world’s first vitamin D tracker because apparently everything now needs to be tracked and quantified. It’s got a UV index sensor and ambient light sensor, which are used to calculate your vitamin D absorption.

In fairness, a vitamin D deficiency can be linked with all manner of health problems, such as rickets, so it’s worth getting in some sunlight (unless you’re a vampire). Of course, the companion app can also tell you if you’re getting too much sun, because getting burned is just as bad.

The Helios Smart Ring is expected to cost around €149. 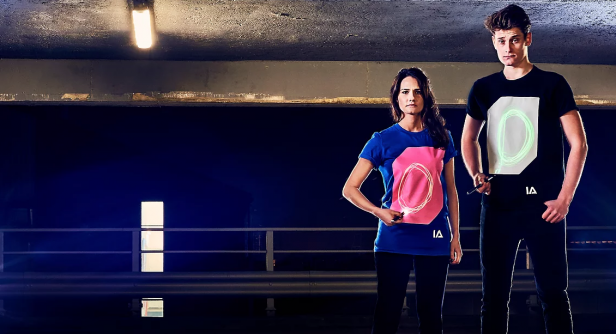 You might recognise Illuminated Apparel from Dragons’ Den. Basically, it’s interactive clothing you can doodle on with an attached UV keyring or your phone’s torch. Your designs then fade away gradually. Endless fun (or not, depending on your creativity). Keep in mind your sick art will only show up in the dark and not everyone will see the ‘art’ in your rude drawings.

Adult-sized t-shirts are available for £20 or £15 for kids with sweaters also available. 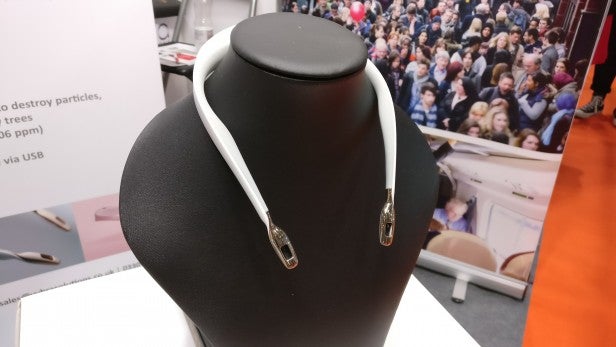 And for a particularly weird one. Vybra is a company that makes air purifiers. It has now made an air purifier you wear around your neck. A bit like LG’s Tone Studio wearable speaker. Except rather than pumping out sick tunes, the AirVida is pumping out ions designed to clump together pollution and germs so that they become too heavy for you to ever breathe them in. Or something.

Whether or not this thing works, it’ll run for 30 odd hours on a single charge and has no filters to replace. Vybra thinks this will be good for frequent travellers stuck on airplanes or people working outdoors.

While the company says it should be releasing soon, it hasn’t even settled on a name. It might end up being called the Vybra Clarity. What is confirmed at least is its £185 price tag.

What do you think of the aforementioned gadgets? Let us know in the comments.