LG’s cavalcade of pre-CES 2017 announcements have continued to flood in. After yesterday’s levitating speaker, the company is going farther off the beaten track with one designed to be worn around the neck.

related: LG G6 – Everything you need to know
.

There’s a Hi-Fi DAC (Digital to Analog Converter), while LG Dual Play enables more than one person to get in on the action.

Joining the Tone Studio is the Tone Free, a pair of wireless earbuds that charge whenever they are stowed within the neckband. 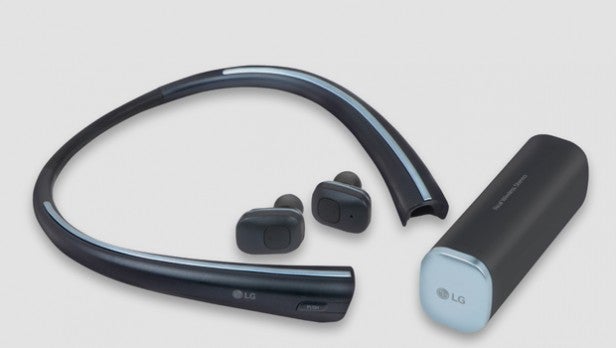 In a press release LG says: “Not only does the neckband provide extra battery power and vibration alerts for incoming calls and text messages, it also provides a secure place to store the earbuds when not in your ears, making them less likely to lose.”

Both Bluetooth models will be on display any CES 2017, which kicks off next week.

As well as the levitating speaker, LG has also unveiled five phones, 5K monitors, and an intriguing webOS-powered projector.

What are you looking for at CES 2017? Share your thoughts in the comments below.