Which is the best Lumia?

A little less than a year after the launch of the Nokia Lumia 925, Nokia has unveiled a new flagship smartphone, the Lumia 930. This could be one of the last ‘Nokia’ branded phones since the Microsoft buyout as we expect future phones to be branded as Microsoft phones, not Nokia ones.

The Lumia 930 will also be the first phone to launch with Windows Phone 8.1, which brings with it numerous improvements such as small icons, a proper notifications centre and the Cortana digital assistant.

In answer to our intro question, you could say that there’s a big difference between the Lumia 930 and the Lumia 925 – quite literally.

Both phones are made up of aluminium and polycarbonate (posh plastic), but in different proportions. The Nokia Lumia 930 has metal sides, but they’re less obvious than those of the Lumia 925.

The design really is quite different. We actually think that the Nokia Lumia 925 is more attractive, and certainly more unique. The Nokia Lumia 930 can look rather like a bloated iPhone from certain angles, while the Lumia 925 is unmistakably of Finnish origin.

SEE ALSO: Siri vs Google Now vs Cortana: Which is best? 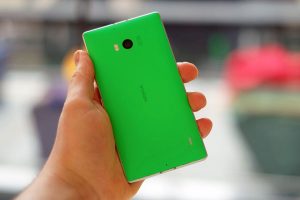 One of the reasons the Nokia Lumia 930 is bigger than the Nokia Lumia 925, of course, is because it has a larger display. Whereas the older phone employs a 4.5-inch screen, the new Nokia features a de rigueur 5-inch display.

Both phone displays use AMOLED panel technology, which means you get excellent contrast, deep blacks, and colours that truly pop. Nokia’s OLED displays tend to be better calibrated and more responsive than others, so you’re unlikely to have much of a complaint with either.

Despite being larger, the Nokia Lumia 930 doesn’t suffer for sharpness when compared to the more compact Nokia Lumia 925. In fact, the larger display is significantly sharper.

With a resolution of 1920 x 1080, the Nokia Lumia 930’s display produces 441 pixels per inch. The Nokia Lumia 925’s 1280 x 768 screen is only e 332ppi – a sizeable difference. It means that the vast majority of tasks, particularly when it comes to consuming media and browsing the web, will be better on the new phone.

Of course, whether you find the Nokia Lumia 930’s 5-inch display as easy to manipulate when it comes to the nitty gritty of calling and messaging on the go is another matter entirely. 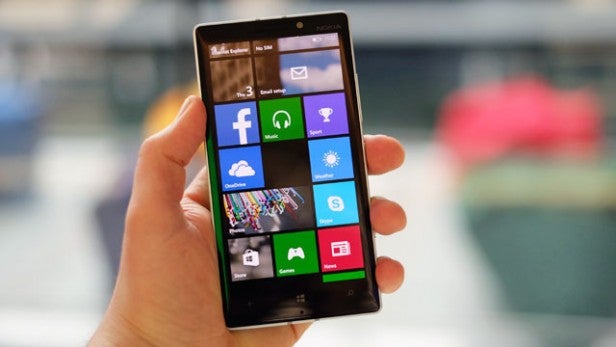 Nokia puts more effort into its camera technology than any other smartphone maker, so it’s always one of the most interesting areas of comparison when a new model comes along.

It’s not just about megapixel count, which in both cases are used in a patented oversampling technique to produce cleaner 5-megapixel pictures anyway. The Nokia Lumia 930’s camera sports a larger 1/2.5-inch image sensor, which can pull in more light than the Nokia Lumia 925’s 1/3-inch sensor. 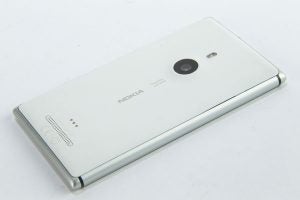 For now, though, the Nokia Lumia 930 is the only one with all the benefits of Microsoft’s latest mobile OS.

Those benefits include Cortana, a new voice-activated personal assistant that promises to combine the best bits of Siri and Google Now, and an all-new drop-down notification centre (at last).

It’s a clear win for the Nokia Lumia 930, then, but a short-lived one.

The Nokia Lumia 925 was perhaps the last top-end Nokia phone to operate in the Windows Phone spec bubble, which saw successive devices lagging well behind their Android competitors (on paper at least).

Of course, Windows Phone is a very streamlined OS that didn’t need masses of power to run smoothly, but there was always the problem of perception. To the partially informed, it seemed as if Android was a much more advanced platform based on the raw power of its handsets.

The Nokia Lumia 930 operates in the same performance bracket as the Samsung Galaxy S5 and the HTC One M8, with comparable internal hardware. Which is to say that it’s a lot more powerful thank the Nokia Lumia 925.

With Windows Phone 8.1 supporting Qualcomm’s latest entry-level processors, it’s arguable that this is spec overload. But we all like a little extra juice in the tank, right?

That’s necessary, of course, because of the aforementioned spec hike. The larger and sharper the smartphone display, the more power is required to run it, and the same principle applies to the Nokia Lumia 930’s punchy Snapdragon 800 processor.

Despite the increase in battery size, Nokia’s estimated stand-by times for the two phones suggest that the Nokia Lumia 925 has a little more stamina in this regard. The talk time figures, however, show a major swing in the other direction, with the more powerful phone lasting an estimated three hours longer.

We found battery life in the Nokia Lumia 925 to be fairly unremarkable in our review, but it will be interesting to see what effect Windows Phone 8.1 has with its various optimisations, new power-sapping features, and improved Battery Power Sense monitoring tool.

Next, read our Lumia 930 preview