Grabbing a new phone this Christmas? Add these gifts to the wishlist…

Millions of people this year will spend Christmas not knee-deep in family cheer but engrossed in their phones, trying at all costs to avoid any personal contact with gran. But why not embrace the phone this christmas? If you can’t beat ‘em join ‘em, right?

These top 10 gifts are perfect for new phone owners, and will let them get that bit more out of their mobiles. However, even if you still have the same old Samsung/HTC/LG phone you’ve been using all year, these picks are worth a look.

From cheap-but-good external batteries to games to ways to get all your music from your mobile, our phone owner’s gift guide will see you right. 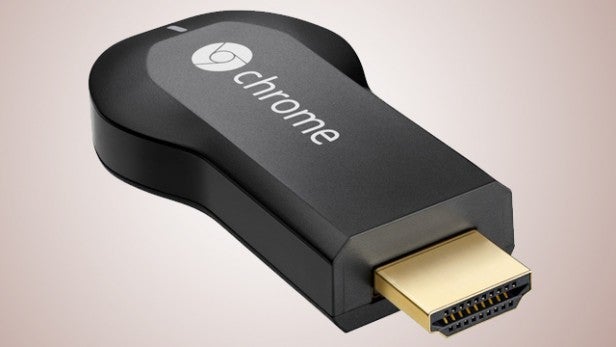 Chromecast is one of the tech bargains of the year. It costs £30 and gives any TV with an HDMI port smart features on-par with even the smartest, most expensive TVs. If you want a bit more flexibility than the Sky Now TV box can offer, this is the budget pick to go for.

Rather than using a remote control, your phone controls the Chromecast dongle, and loads of apps offer Chromecast support. Those with Android 4.4 and newer also get baked-in support for Chromecast streaming from their phones. And, yes, it’ll work with iPhones (although naturally Androids get the most action).

As well as favourites like Netflix and iPlayer, Chromecast can handle Plex, which lets you stream content from your PC. There are absolutely loads of Chromecast apps to check out these days, though. 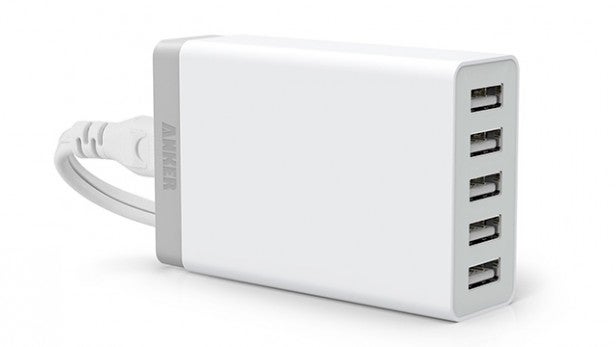 Having to constantly unplug phone chargers in order to plug in your TV or printer is annoying. The obvious solution: get your power situation organised. The Anker 40W desktop USB wall charger can do just that.

It plugs into the mains directly and gets you five USB ports with enough power to mimic the sort of charge speed you’d get with the official chargers of up to five phones and tablets. A total of 8A output is spread across the ports, with up to 2.4A per socket.

Anker’s PowerIQ tech claims to be able to avoid over-charging your device too: no fried circuits with this charger. There are no third-party cables needed, either. You simply use the one you got with your phone or tablet, and you’re away.

Anker has deliberately designed the desktop wall charger to be something that won’t look too out of place on your desk too. It’s petite, with a face-on footprint that’s not much larger than the row of five USB ports.

Going digital with your music isn’t enough anymore. We’ve thrown away our vinyls, our cassettes, our minidisks and our CDs. Now it’s time to ditch the MP3s too (ok, AAC files if we’re being true to life). Spotify is where it’s at if you want to listen to music through your phone.

A £10-a-month subscription lets you stream freely from its library of over 20 million tracks (and Spotify has been quoting that figure since 2013 so you can assume it’s a lot more in reality). Just download the free Spotify mobile app, login and you’re free to stream away. It’s not just for listening through a data connection either.

You can also download tracks, as many as you like, for listening offline. It’s perfect if you regularly have to use services like the London Tube that, at best, get you about four seconds of Wi-Fi connectivity per stop. Spotify lets you choose the quality at which you stream/download music, with the top level offering 320kbps OGG streams that, to most ears, are indistinguishable from CD quality. 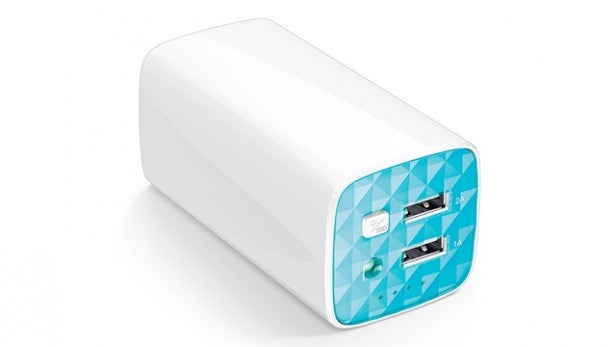 External batteries are strange things. Where one company will try and charge you £120 for a fairly simple battery, the TP Link 10400mAh only asks for £25. Having used one, we can confirm it’s not a dodgy, cobbled-together piece of tech trash you might find down the local market, either. It’s incredibly handy, especially for intensive phone users who run down their battery within a day regularly.

With a claimed 10400mAh charge capacity, you’ll get a good few charges before needing to charge the TP-Link itself. As ever, you can’t quite divide the battery’s capacity by your phone’s capacity to discover exactly how many — it’s not quite that efficient — but with careful use it should keep a mobile working for a least a week without needing a power socket.

There’s more than just great capacity on offer here too. There are two charge sockets, a 1A and a 2A one — indicating how fast each charges. You can use both at once, perfect for charging a tablet and a phone at the same time. The TP-Link battery even has an integrated torch, operated with a simple button on the top. For holidays, it’s a lifesaver in more than one sense.

The only downside is that it’s not rugged — a fairly simple plastic construction roughly the size of… a chunky salt shaker. Keep it in a bag and it should be fine, though. 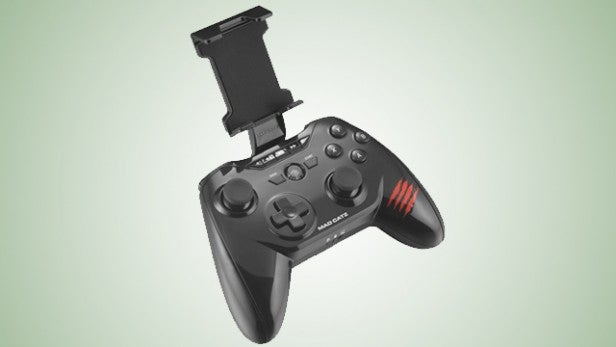 Mobile phones have changed the way games are played, sold and made. But you still lose something when you only have a touchscreen to work with. The Madcatz C.R.T.L.R. for Android devices offers a much more console-like control experience, with a wireless Bluetooth pad based on the style of the Xbox 360 controller.

Built into the pad is a pull-out holder for your phone, solving one of the biggest issues with phone controllers — where do you put the phone?

Loads of games now support physical controls, and you can check out a partial compatibility list over at the Madcatz website. It lasts for up to 40 hours off a couple of AAA batteries, although you’ll probably want to consider buying some rechargeables if you think you’ll use the pad regularly.

We’d ideally like to have seen the CRTLR use a rechargeable unit, and its D-pad and sticks aren’t as high-quality as those of an actual console controller, but it’s probably the most convincing Android gamepad solution yet. 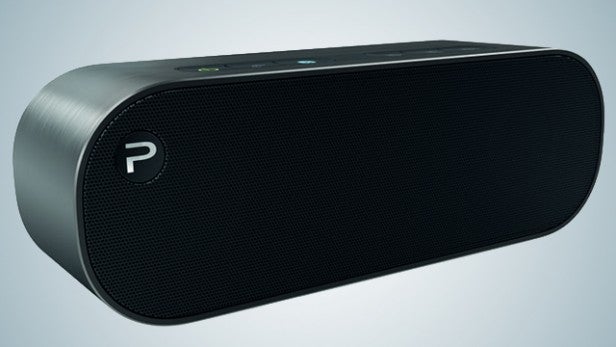 There are dozens of Bluetooth wireless speakers out there. The good, bad and ugly are all there to find. One of our recent favourites is the Pure Voca.

It has pretty much everything: good looks, good sound and the sort of build quality that lets you use the speaker pretty carefree without having to worry if it’s going to fall apart on you. The design has quite a lot in common with the Bose Soundlink Mini, a similar wireless speaker that costw a whopping £70 more. Bluetooth speakers are rarely cheap, but this one offers a pretty good deal.

Small enough to hold in a hand, but not tiddly enough to fit in a pocket, the Pure Voca is about as small as a speaker can get while still offering fairly chunky bass. It does this with a pair of small drivers and a bass radiator that pushes out a good deal more low-end than you might expect for its size.

It’s fairly keen on bass, but otherwise the sound is quite well-balanced, with a nice easygoing tone that’s great for casual listening. Like listening to music while cooking? Stop doing so through your phone’s rubbish speaker and use one of these instead. 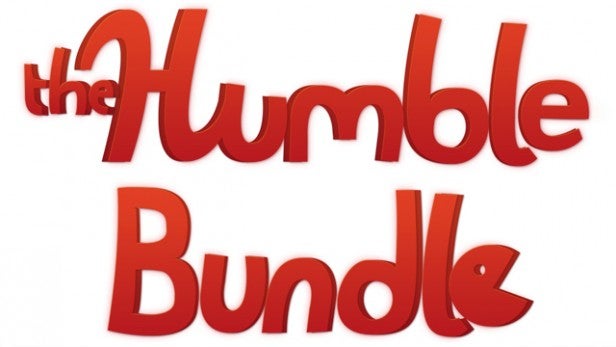 No joy for iPhone owners on this one, but Android owners should all check out the Mobile Humble Bundle. Originally launched as a way to get gamers to give to charity while supporting indie developers, Humble Bundle is now available for Android devices too.

The idea is that you choose how much you pay, as well as how much goes to charity, to the developers and to the Humble Bundle team. And in return you get a bunch of Android games: there are several tiers in each deal too, with more games unlocking as you donate more cash.

To buy an Android Humble Bundle for someone else, just open up a Humble account for them and buy the bundle. They’ll then be able to download the games using the Humble Bundle Android app: available for free from Google Play.

Keep an eye out on the Humble Bundle website for more details on Android bundles, as they’re not available all the time and expire after being on sale for a while. Once bought, though, you can re-download the games whenever you like, not just once.

The charity Humble Bundle supports varies from time to time, but the details of who you’ll be supporting with your donation will be available on the site. 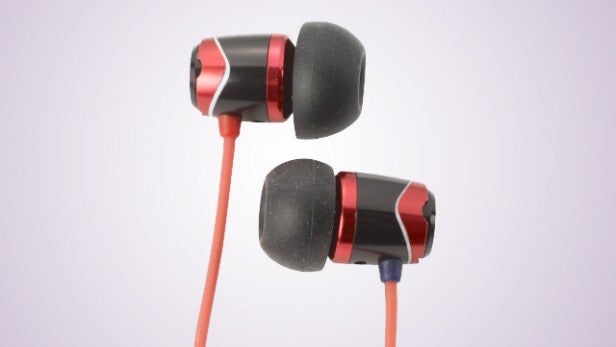 The SoundMagic E10S are earphones prepped to work with every phone under the sun. As some of you may have experienced, certain phones just don’t sound right when used with earphones with in-line remote controls. It’s because of how the cables are laid out, and the E10S offer a special switch that preps them to work with these different cable types.

It also features a handsfree remote that’ll work with just about every phone too.

Aside from the clever cable and remote control, the SoundMagic E10S are very similar to the SoundMagic E10, one of the most acclaimed pairs of budget earphones of the last few years. They’re a bit special with great audio quality.

They’re also a cut above some budget earphones in terms of build quality, using aluminium outer shells instead of plastic ones. 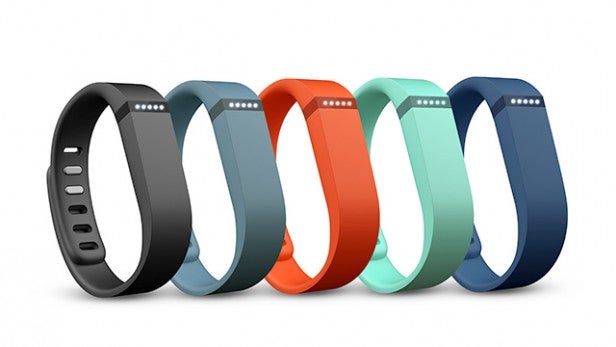 Fitness trackers are even more en vogue than phones these days, and one of the best is the Fitbit Flex. There’s no Android Wear nonsense to worry about here, it’s a fairly simple tracker that measures how many steps you make every day, sync’ing the data to your phone via an app.

You wear it around your wrist and it takes a note of every movement you make. In the daytime it measures your activity, and you can set a goal for yourself each day. While there isn’t a full display on the Flex, there are little light-up pips that tell you how close you are to reaching this goal.

At night time, the Flex uses your movements to judge how much quality sleep you’re getting, which you can then check out on the app. The Fitbit Flex will also hook up with loads of third-party apps including very popular ones like MapMyRun, Endomondo and WeightWatchers. 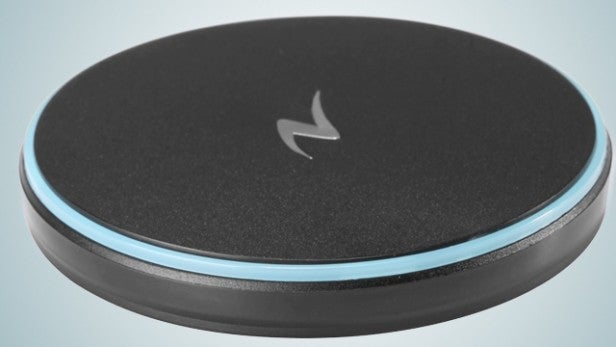 Wireless charging is a tech fad that never really took off, but that doesn’t mean it is not great. And contrary to what many think it hasn’t actually disappeared.

QI wireless charging is built into many more phones than you might expect, and charge pads can be found for under £20 if you shop around enough, such as the Nillkin Magic Disk. It’s a stocking-filler price way to make a phone masses easier to use.

What’s QI? It’s the cost common wireless charging standard, and involves simply putting a compliant phone on a charging pad — much like charging an electric toothbrush.

Nokia is probably the biggest supporter of QI charging as it’s built into many of its phones natively, and the LG-made G2, G3 and Nexus 5 also have it on-board. QI rear case accessories are also available for some phones that don’t support it out of the box, such as the Galaxy S5.

Wireless charging may not be the future in the way we thought it might be five years ago, but that doesn’t mean it can’t be in your present.