What are the SoundMagic E10S?

The SoundMagic E10S are entry-level IEM (in-ear monitor) earphones, the kind that provide the sound-blocking you need for use on noisy public transport. They’re also the follow-up to one of the most popular budget sets around, the SoundMagic E10.

They may look the same, but SoundMagic has changed the drivers since we last tried these headphones, and they have a smart new feature that’ll make them work with just about any phone you can find. 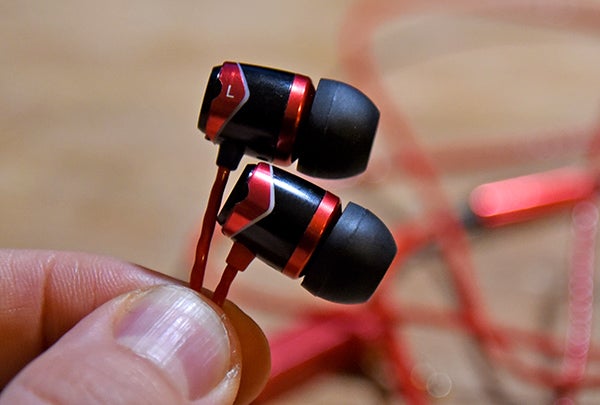 The SoundMagic E10S look a good deal like the E10 earphones, but if you owned that set years ago you may notice a few little tweaks to the design.

We’ll start from the beginning. The SoundMagic E10S have a metal shell whose slightly higher-end style is hidden behind a bold, vibrant design.

The metal outer part extends to the front to form the earpiece aperture, with only the cap at the back being made of plastic. 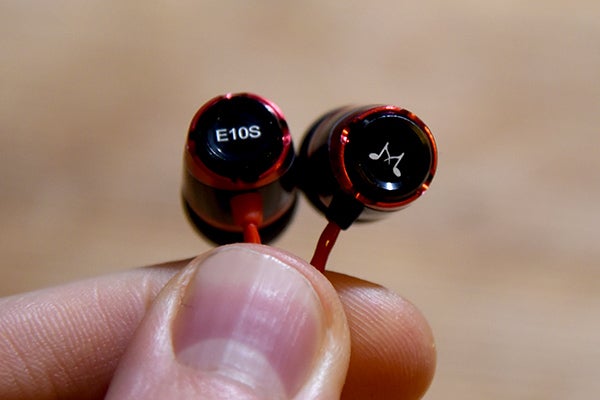 With a rather loud, slightly juvenile style, the SoundMagic E10S outer design doesn’t have the low-key class of the cheaper earphones from Nocs and Sony. However, we don’t think you should dwell too long on the simple looks of earphones that long. At their worst, they’re nothing like as attention-grabbing as full-size headphones.

You can get the SoundMagic E10S in red/black, silver/black or gold/black in the UK, and all have a twisted cable that’s rather unusual, especially in a budget earphone. We imagine this is a measure to improve strength, as the cable was actually of the standard kind when we reviewed the original E10 a few years ago. 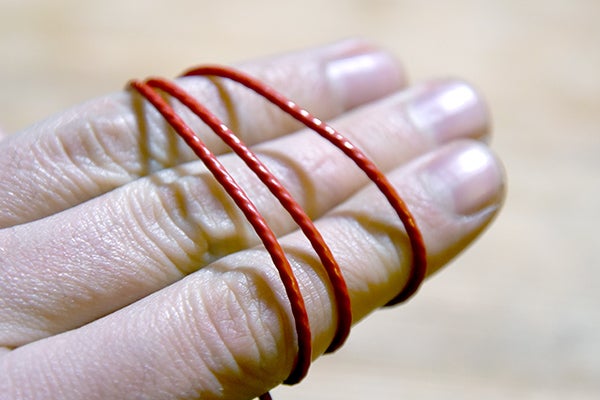 As you might expect of an entry-level set, the E10S come with simple rubber tips, of three sizes. They’re a little cheap-feeling, but you can always snag yourself some Comply foam or higher-grade silicone tips online if you don’t get on with them. You also get a little pouch and a belt clip – we’d ask for nothing more at the price.

While the metal construction gives a great first impression, we do have some concerns about the build of the E10S. Our first pair developed a fairly severe speaker driver flex crackle, which in theory shouldn’t be an issue in ported earphones, but the replacement set is still going strong. We’re not confident that these earphones will survive years of use, though.

As IEM earphones you do get some noise isolation with the SoundMagic E10S, but the ported design means it’s not terrific. There’s quite a large port on the underside of the earpieces that allows air to flow through these earphones. However, it also lets a bit of noise in and out. We found we needed to up the volume a bit on the London Tube, although they’re still fine for public transport. 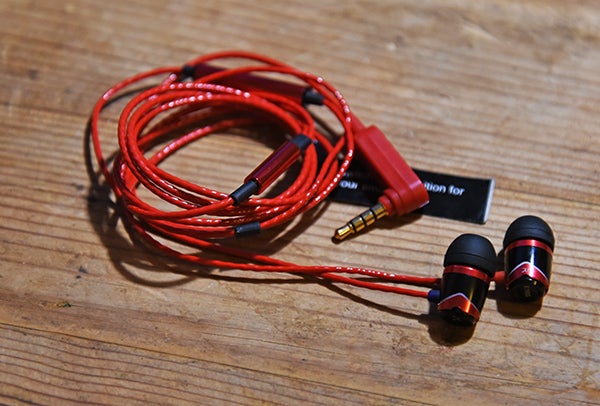 What sets the SoundMagic E10S apart from most other earphones is that they have a clever little switch on the jack plug that customises the connection to suit different sources. It’s to counter an issue you’ll either never have heard of or found extremely annoying.

Some phone manufacturers use slightly different headphone jacks that make earphones with inline remotes sound plain wrong, as if the jack isn’t connected properly. The little switch on the E10S offers one position for iPhones, BlackBerrys, HTC phones and later Samsung Galaxy models, plus another for the Nokia and Sony Xperia lines, and other Samsung phones. Samsung likes to mix it up, apparently. 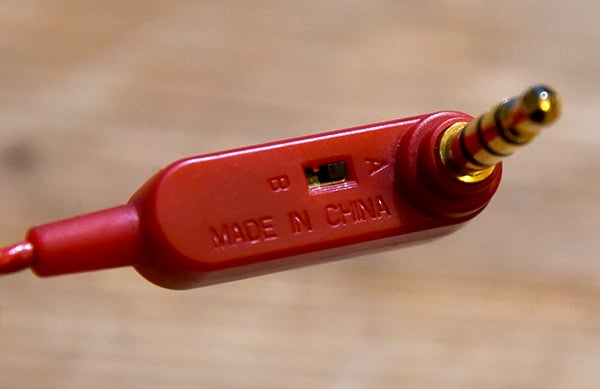 This is the first time we’ve seen earphones with this sort of functionality baked in – with others you need to get a little adapter cable for them to work properly with certain phones. It means the jack housing is a bit chunkier than the norm, but not to a problematic extent.

The SoundMagic E10S also offer a simple little hands-free remote designed to work with every phone under the sun. As such, it only has one button rather than three, but it’s enough to take calls and play or pause your tunes.

The SoundMagic E10S use single dynamic drivers, and opt for a fairly populist sound signature. They have a slightly expanded/enlarged bass response that’s on the wrong side of balanced.

It adds pep to dance and beat-based music, but isn’t 100 per cent integrated – it’s a noticeable boost that does upset the otherwise solid sound balance of the SoundMagic E10S. We imagine this is something that may have developed or increased a little in the various iterations of E10 that have been released since its beginnings. 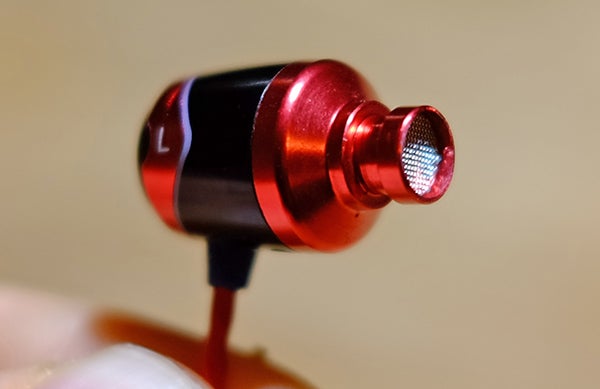 If you don’t want this extra bass, seek out the SoundMagic E30. They’re much less popular than the E10, but offer a more neutral tone that we think is slightly superior to what’s on offer here.

However, the SoundMagic E10S are otherwise great. Where entry-level earphones are often overly soft and warm-sounding – a safe option when dealing with low-end drivers – the E10S offer detailed, sparky treble that offers a strong impression of detail while maintaining a smooth, non-harsh tone.

Treble extension is somewhat conservative compared with the slightly more expensive Nocs NS500, but it’s also less prone to sibilance. These are not all-out bright earphones, and there is a little lower mid-range thickness that means you do miss out a little on the stereo clarity of the leaner SoundMagic E30.

The soundstage presentation is otherwise good, with a perhaps surprising degree of separation for earphones of this level. This is where the SoundMagic E10S excel over one obvious arch rival, the Sennheiser CX 3.00, a new version of the classic Sennheiser CX300 that was once the go-to budget earphone. 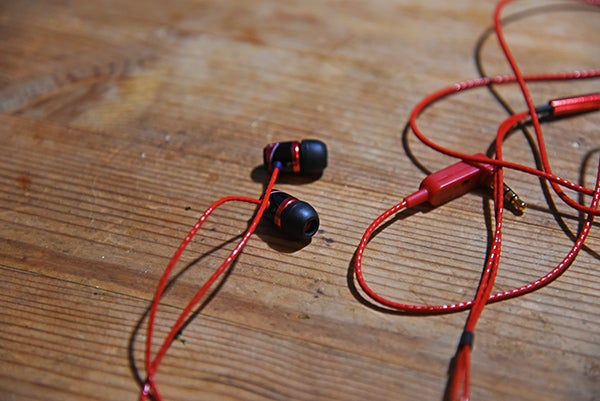 Should I buy the SoundMagic E10S?

The SoundMagic E10S are a slight tweak of the classic SoundMagic E10 for people with infuriating phones that don’t sound right through ordinary earphones. This is a public service release, and the first of its kind we’ve seen.

Commendable sound quality make them a good choice even if your current phone has no problem with ‘normal’ earphones, too.

However, we do think that the more neutral tone of the SoundMagic E30 may please the pickier ears. They’re not as widely available, but are worth seeking out if you want to witness what clever engineering can squeeze out of a £30-40 earphone.

Decent sound quality and a clever cable make these some of the best sub-£50 earphones.