With the App Store constantly filling up with new games, it can sometimes feel like finding a good one amidst the scrum is an impossible task. But there are some really amazing experiences waiting for you on mobile, and it’d be a shame if you missed out on them due to the shear stress of discovery.

So we’ve chosen what we think are the 12 best games that are currently available for iPhone and iPad. There’s something for everyone here, from casual players with an interest in narrative, to hardcore gamers who like their digital entertainment to punish them when they mess up.

More than that though, most of these experiences work best on mobile. These are games that, for the most part, were built from the ground up with touchscreen play in mind. And that shines through every aspect of them.

If you only ever limit yourself to getting a dozen games for whatever system you play on (which, quite frankly, is a bit weird), then these are the ones that you should be picking up for iOS. 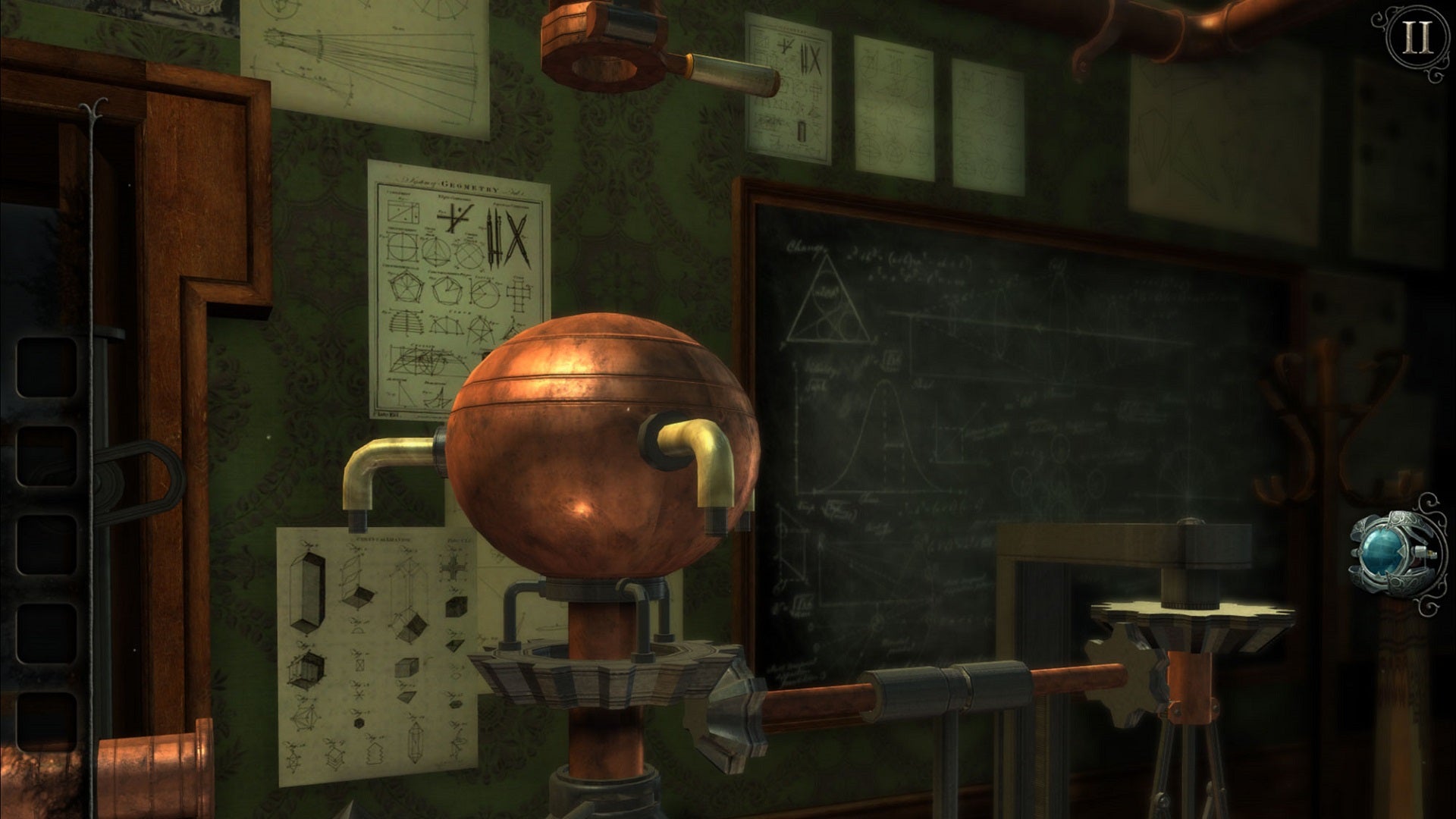 The Room series is one of the mainstays of mobile gaming, partly because it’s so obviously designed from the ground up for a touchscreen experience. The games all involve manipulating objects; you’re pulling switches, twisting levers, turning keys and it just feels right.

This is actually the fourth game in the series, and while there is something to be said for playing the other three first, this is technically a standalone entry in the franchise. In the centre of this particular Room sits a creepy doll’s house, and it’s up to you to figure out its secrets.

And trust us when we say that those secrets are pretty horrible. This is a dark, unsettling, mix of a mature adventure game and a puzzler, and the perfect response to anyone who says that mobile games are for kids. 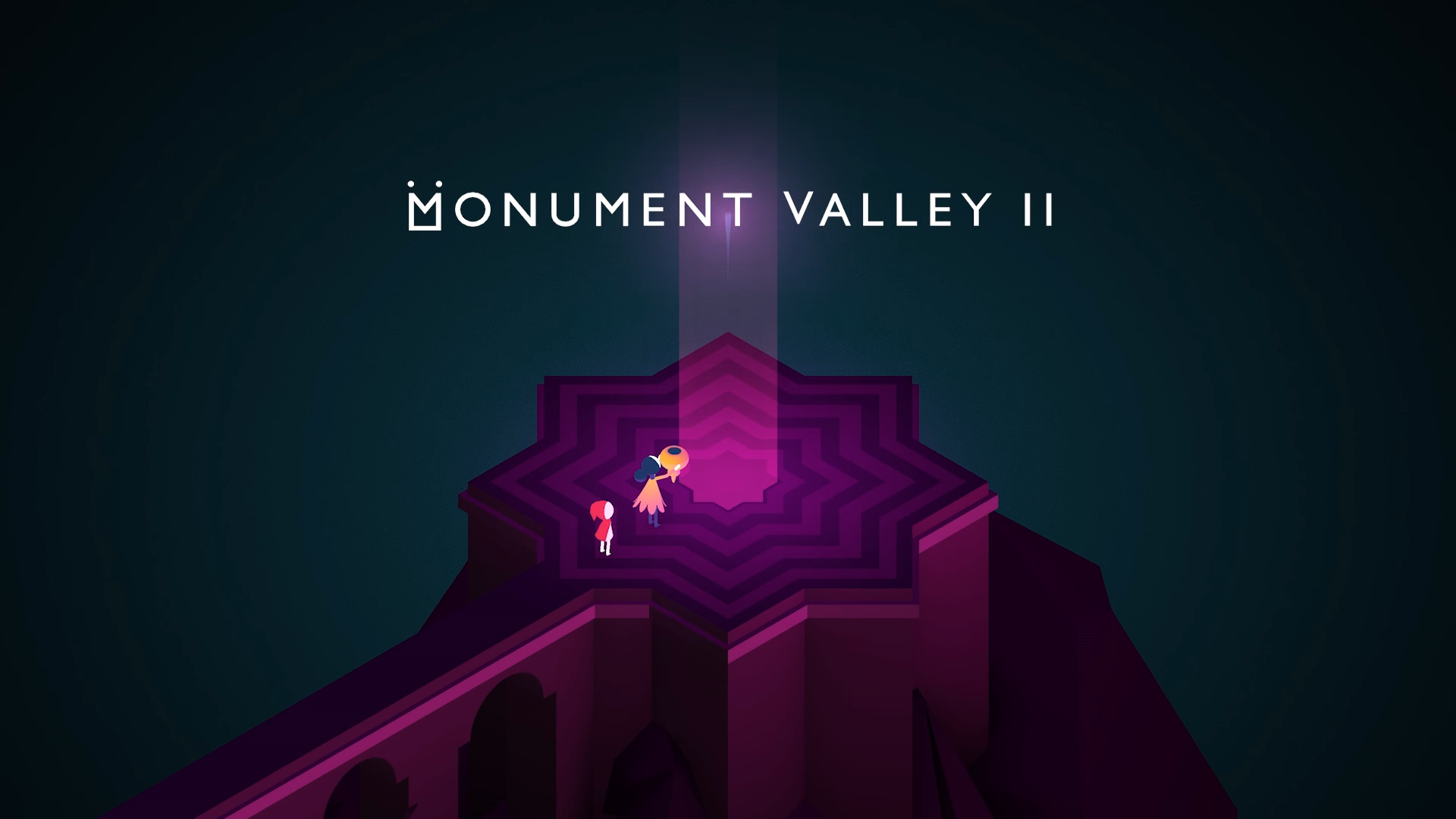 Monument Valley 2 is simply one of those games that you have to play. It’s all about moving through Escher-esque landscapes, twisting them and re-shaping them to get from A to B. And underneath all of that is a touching story that pulls you from level to level.

Sure, it’s not the longest game in the world but there’s so much crammed into its short run time that it’d be churlish to complain too much about its brevity. There’s more here than in the vast majority of other iOS games put together.

The puzzles are tight and the experience is entertaining but it’s the presentation that really sets Monument Valley 2 apart. Plenty of other games have tried to capture something similar but none have come close to matching this work of mobile art. 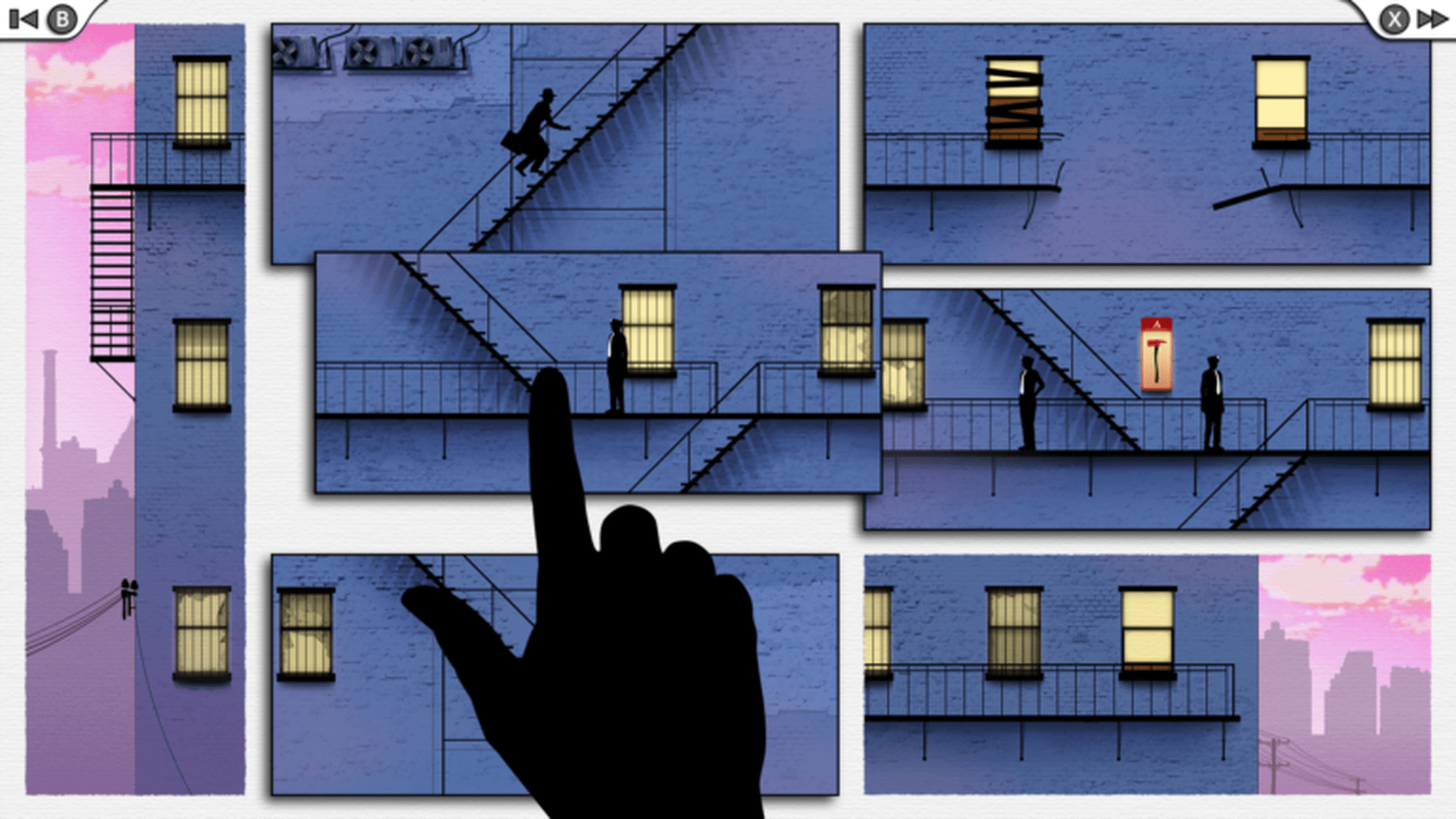 Look, if Hideo Kojima says something is his favourite game of the year, you know it must be doing something right. Framed is a mystery thriller wrapped up in a high-speed chase and then delivered in comic book form. But it’s a comic book you can change.

You need to slide the panels of the comic around in order to change what happens. In one scene you’re swapping ledges around so your hero can make his way along them without getting stopped by the guards or falling down a hole.

Each digital page seems to have a new idea built into it, and there’s something really rewarding about finally seeing the protagonist sprint out of the last panel to safety. Framed is another one of those games that would only work on mobile, and it shows how far a good idea can get you in this world. 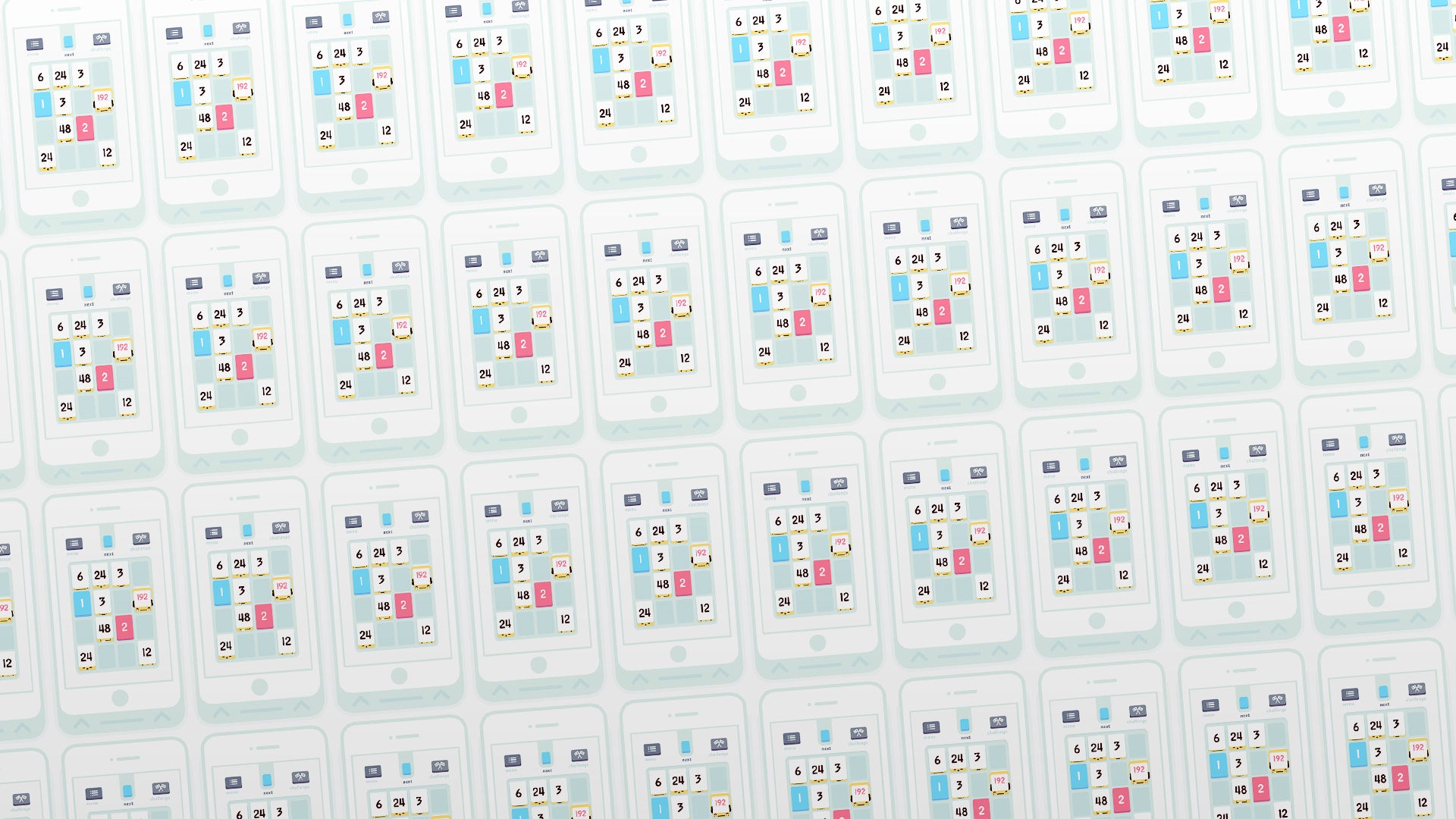 The game that so nearly ruled the world. Most people have heard of 2048 and the hundreds of other similar games on the App Store, but some of you won’t know that 2048 is essentially a knockoff of Threes. And everything that 2048 does, Threes does about a million times better.

The game is all about connecting numbers together in multiples of three. You get 1s and 2s, and from there have to use your mind to slide blocks around and connect them up. Every time you make a move though, a new piece is added to the board. It’s easy to get stuck to begin with, but then you’ll start to see the patterns.

Where 2048 is drab and utilitarian, Threes is a brilliant blast of white light and endearing characters. Yeah, the numbers you’re joining together all have their own personalities and styles. Threes is an endearing and engaging puzzle game that deserved to rule the world but since it didn’t get the chance, maybe you should just give it a play now. 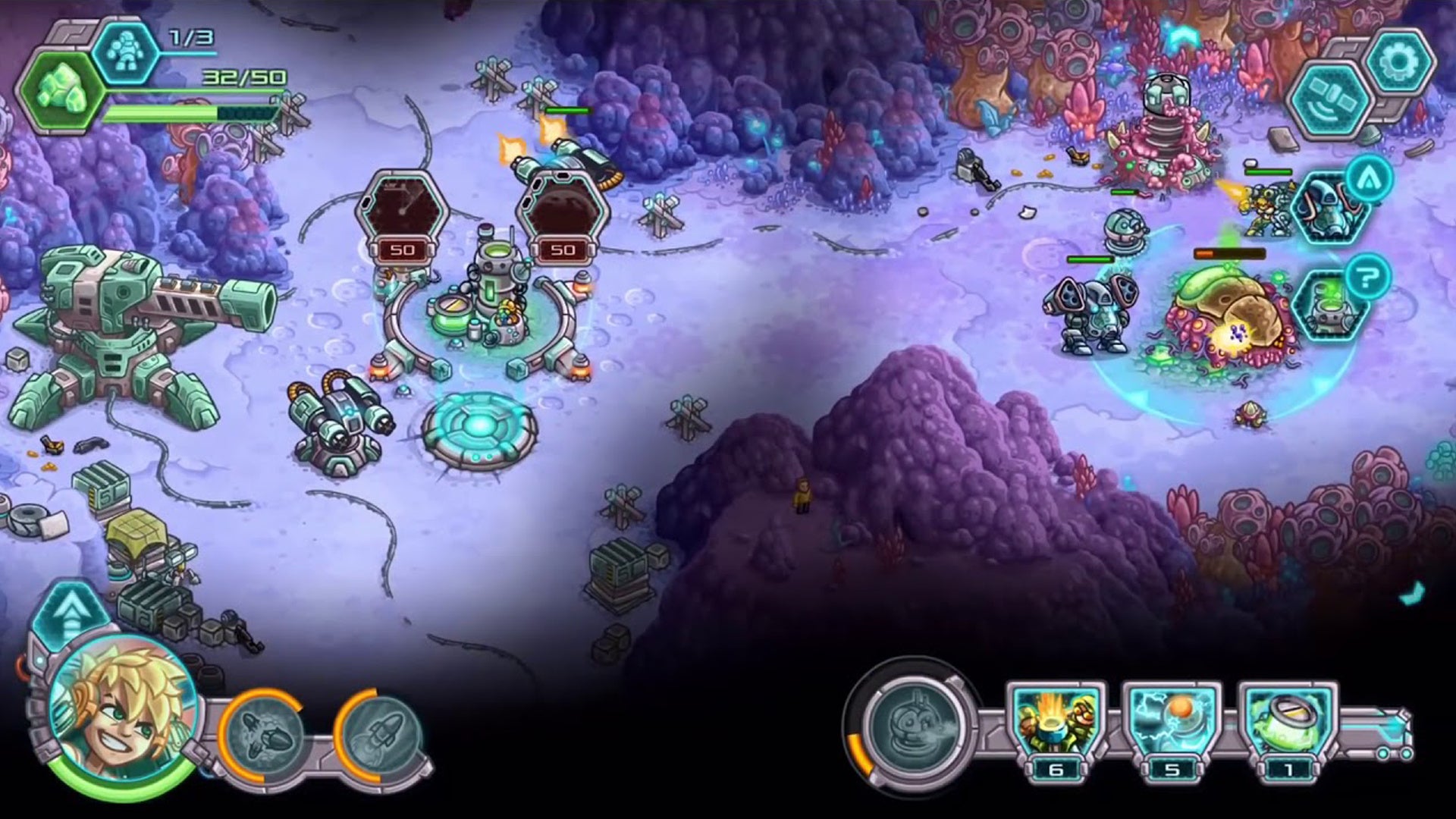 We know what you’re thinking. You’re thinking that an RTS is never going to work on mobile. Well, you’re wrong. Iron Marines is carefully built, each design decision fine-tuned to the strengths and weaknesses of touchscreen gaming.

Every level sees new ideas coming to the fore, and each one of them is somehow better than the last. This is a tough, relentless but incredibly rewarding game that shows that with the correct care and attention, almost anything can work on touchscreen. 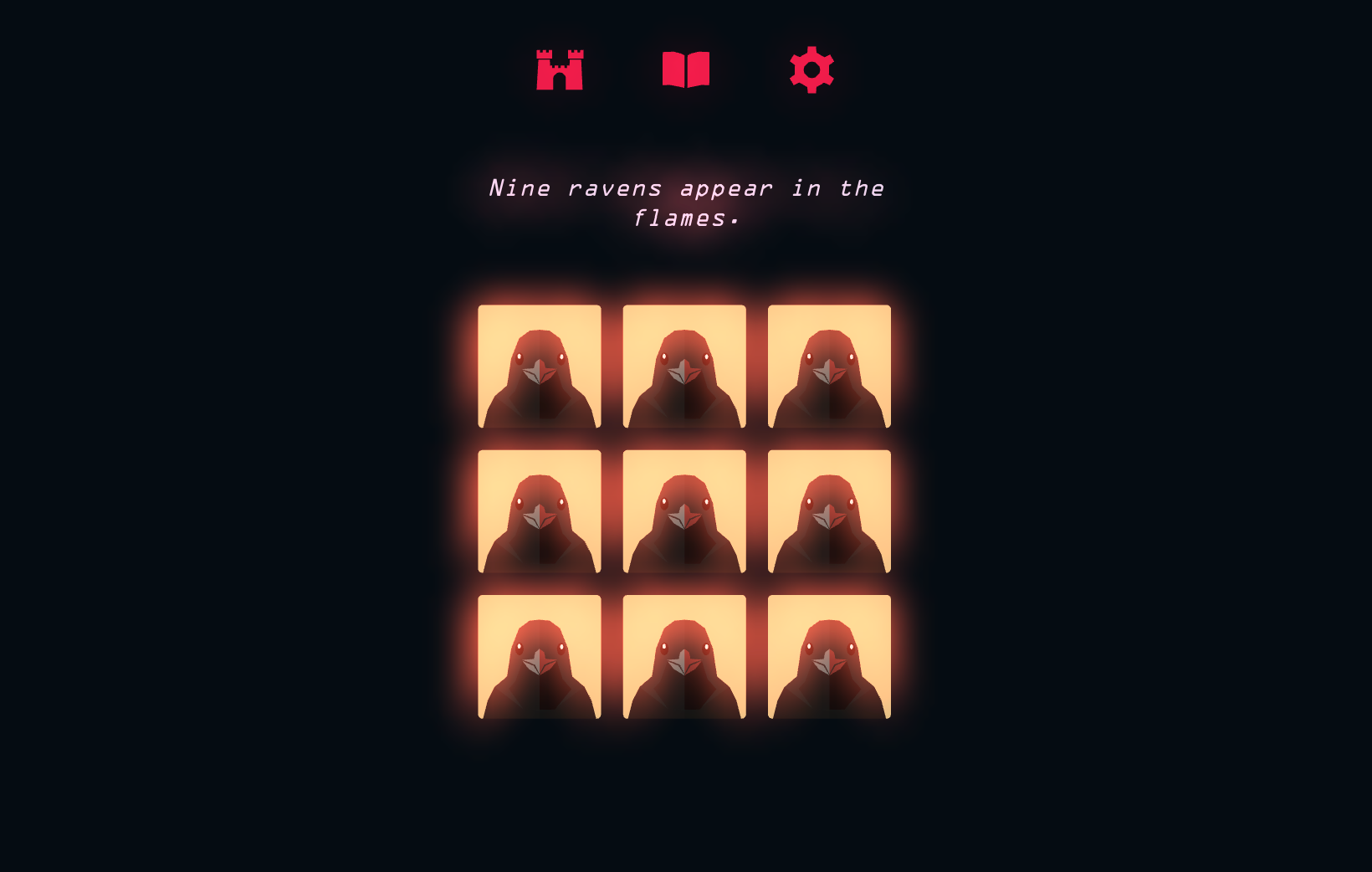 After two successful versions of their ‘Tinder but for running a Monarchy’ franchise Reigns, developers Nerial took a spin at a licensed edition, with Reigns: Game of Thrones.

This could have been a lazy tie-in and it would have still made a ton of money because of the Game of Thrones license, which makes it all the more impressive that Nerial has used the setting to experiment with multiple playable characters, new mechanics and a variety of other bits.

Fans of the sprawling fantasy epic will get a kick out of it, but even if you don’t, there’s plenty here to sink your teeth into. Oh, and it’s just £2.99. Phwoar. 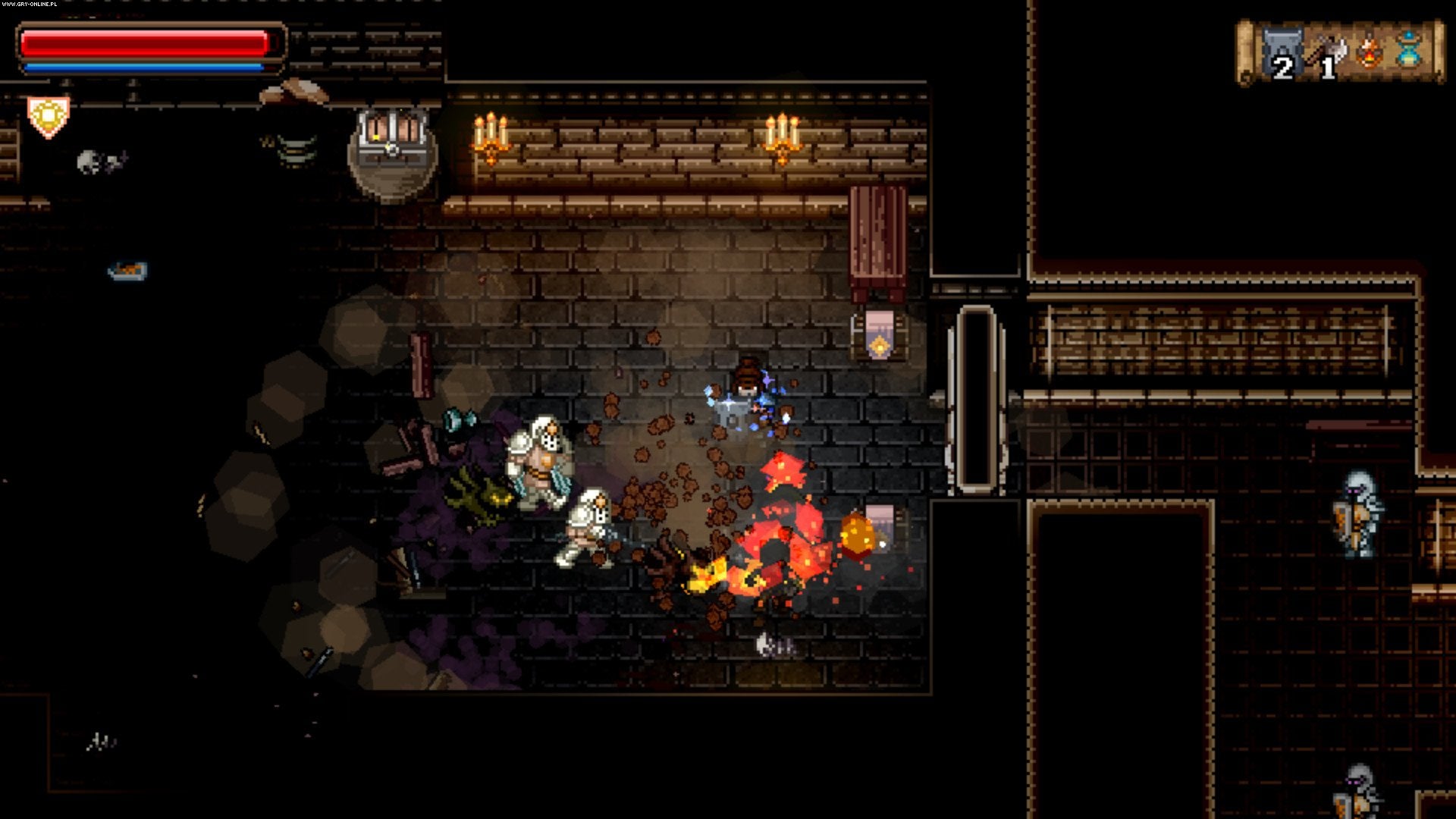 Think you’ve seen all that 2D dungeon crawlers have to offer? Well, then you’ve clearly never played Wayward Souls. It’s a brilliant hack-and-slash adventure with roguelike tendencies that are only too happy to kill you if you’re not paying enough attention. Or if you are.

Pick a character and then stomp through procedurally generated rooms filled with monsters, skeletons and plenty of other nightmares that you need to hack to pieces. This is one game that doesn’t mess about, and that makes it really special.

Wayward Souls doesn’t flinch when it comes to challenge but there’s such a rich reward to be earned from every tough scrap, every bloody-nose the game gives you, that you’re going to welcome the sternness with open, if slightly-broken, arms. 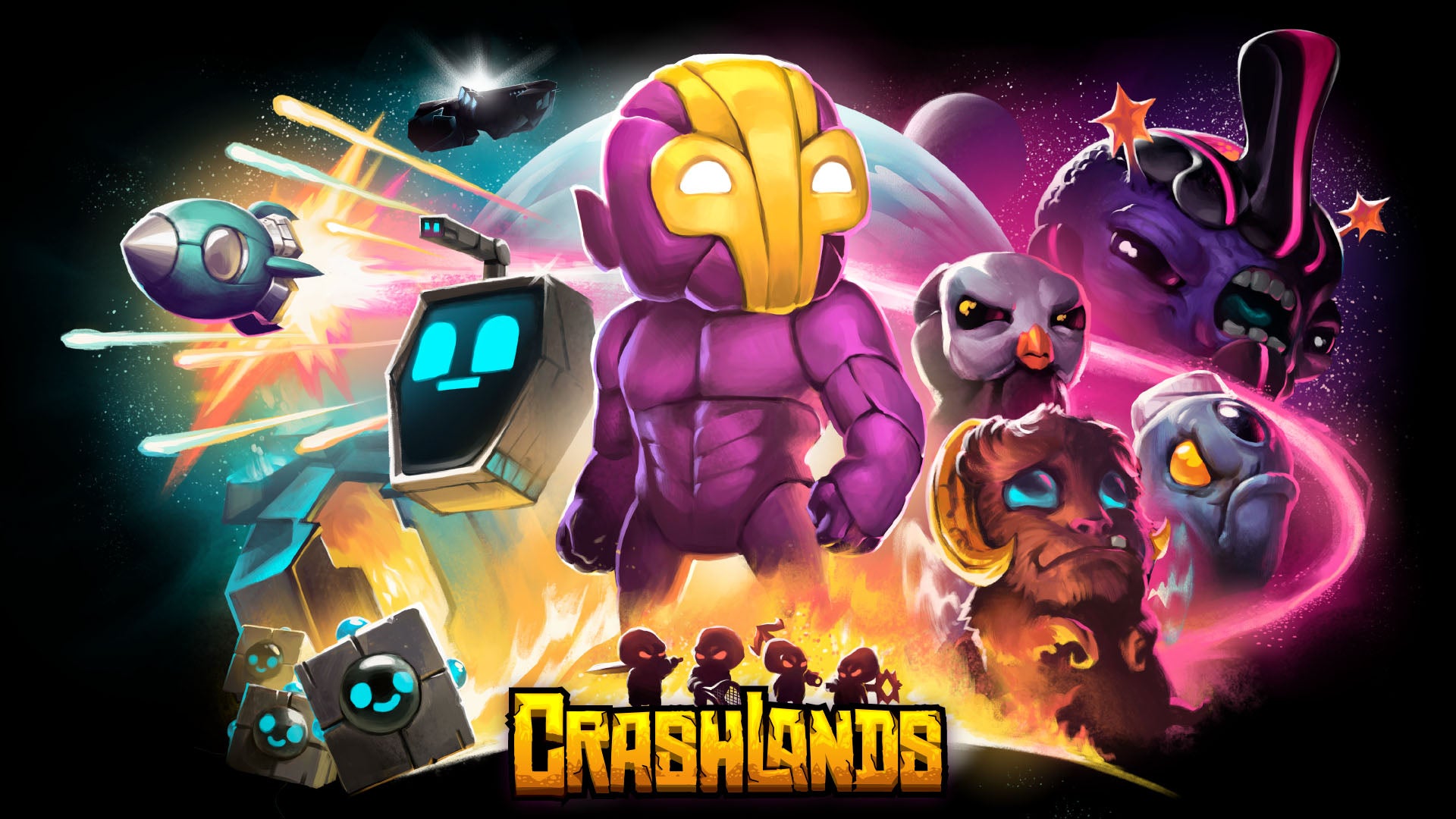 There’s a touching story behind the creation of Crashlands which would fill up more space than we’ve got here. It’s definitely worth checking out if you’ve got the time though. But even without that secondary narrative, Crashlands would still deserve its place on this list.

It’s a game designed from the ground up for mobile devices that takes its cues from the likes of Don’t Starve. You’re building, crafting and fighting your way through an alien landscape that your broken spaceship has smashed into.

Everything here is that little bit easier than it is in the ports of similar games that have made their way to the App Store. Don’t get us wrong, it’s still challenging but all of the fiddly frustrations of the genre have been stripped away here, leaving that desperate push to survive to really shine through. 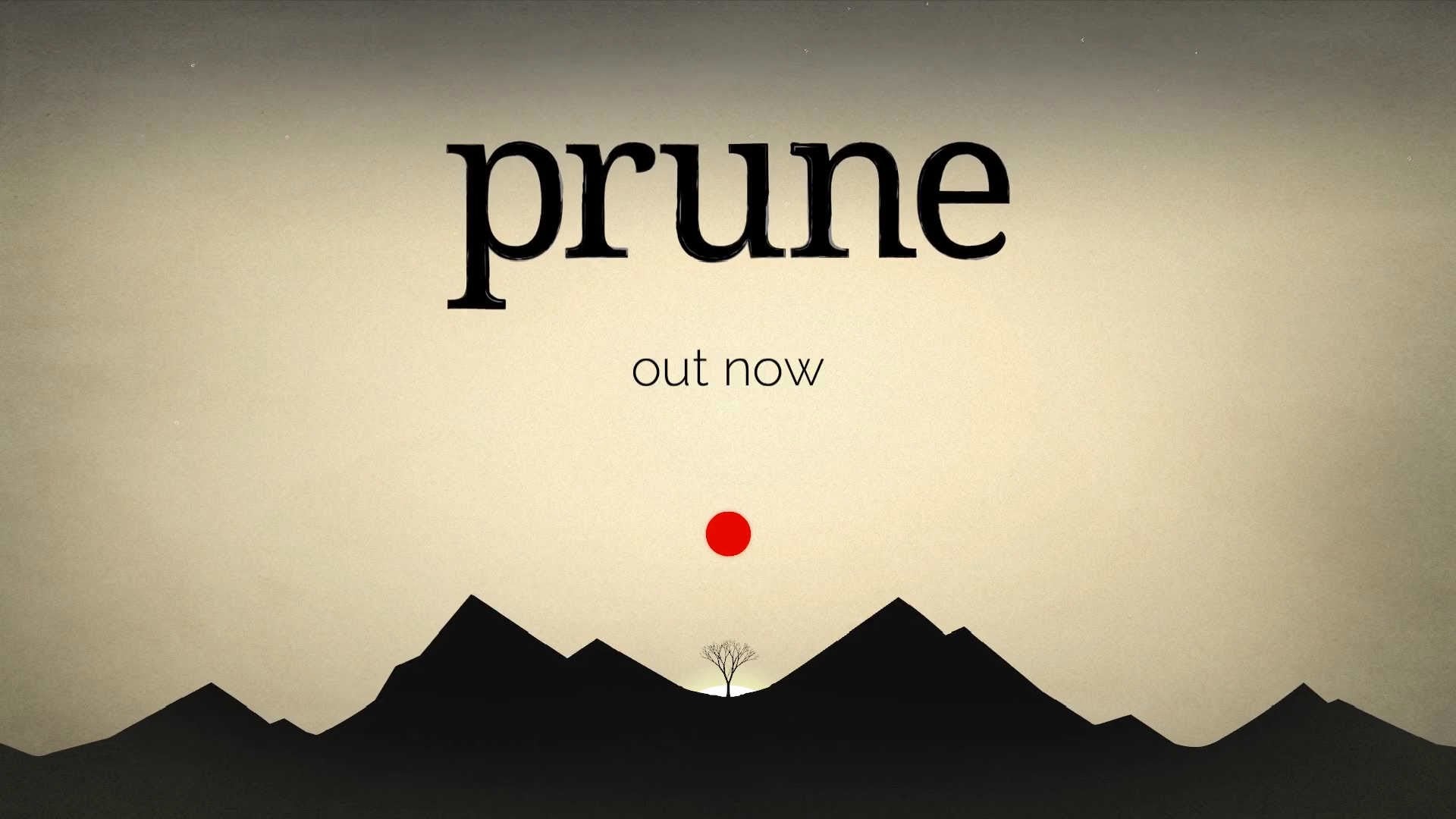 It’s hard to find the words to describe Prune, mainly because it feels like the language hasn’t quite been invented yet. It’s a heavy game with a bold story that also manages to be light and simple.

Prune is really a masterstroke of mobile design. You control the whole thing with swipes, cutting up trees in order for them to grow into the sun. Each slice creates new branches and allows new flowers to grow.

You’ll probably finish the whole thing in a couple of hours but as the narrative slowly and wordlessly reveals itself you’re going to be utterly gripped for those hours. So much so that you’re more than likely going to start playing all over again the second you reach the end. 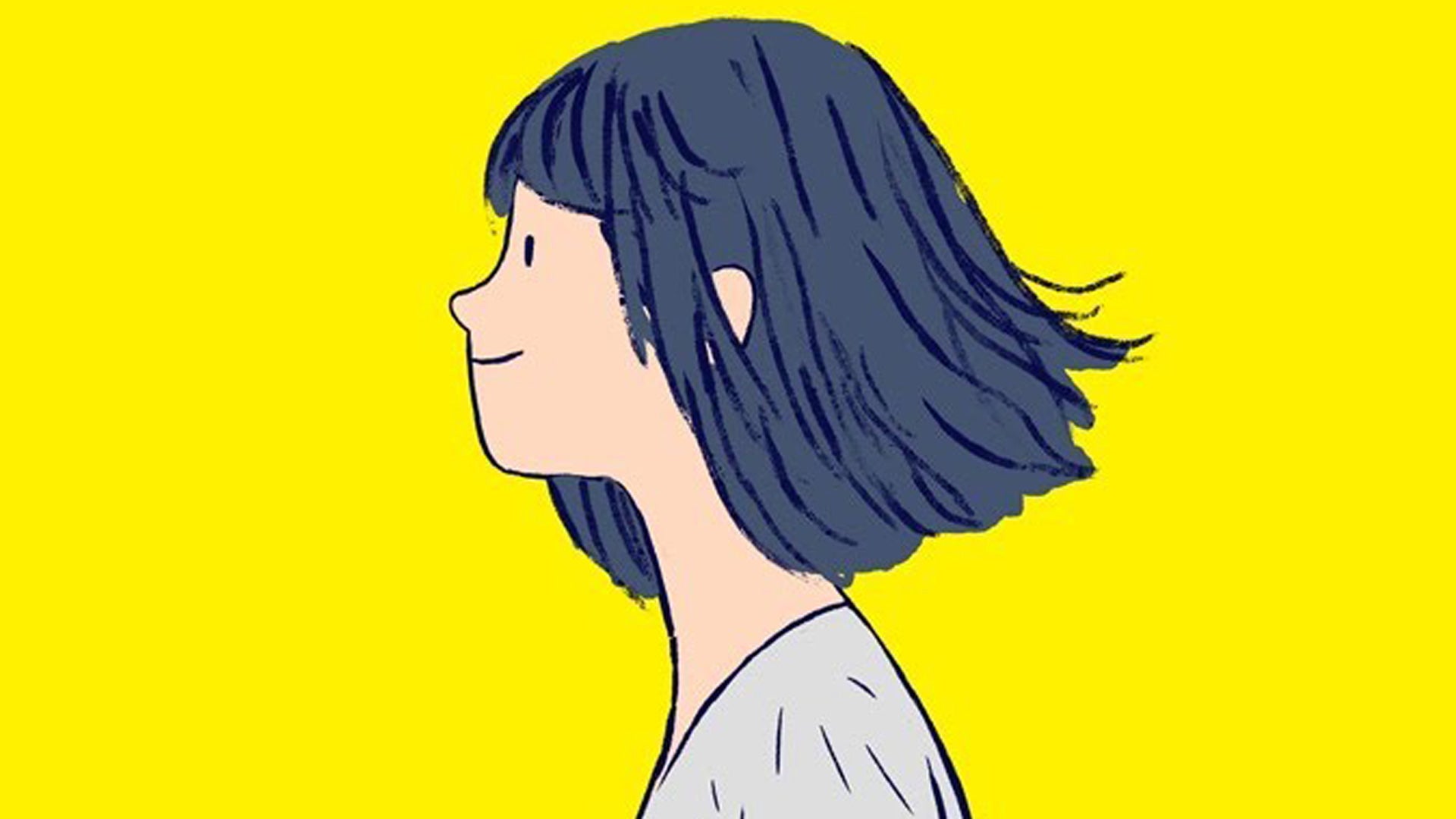 In a world where so many games are about violence, it’s nice to find one that’s about love. Granted, Florence is also about the end of love, and plenty more besides, but it’s a charming and heartwarming experience all the same.

It’s part visual novel, part gamebook and part puzzler. Imagine something like a low budget indie rom-com film, but on your phone, and you’re about halfway there. You make the choices and perform the actions that push the story along.

This is a beautifully personal look at one woman’s first spark of love, and it’ll stay with you for weeks after, in spite of its brief runtime. Built by the lead designer of Monument Valley, Florence is the perfect argument for quality against quantity. 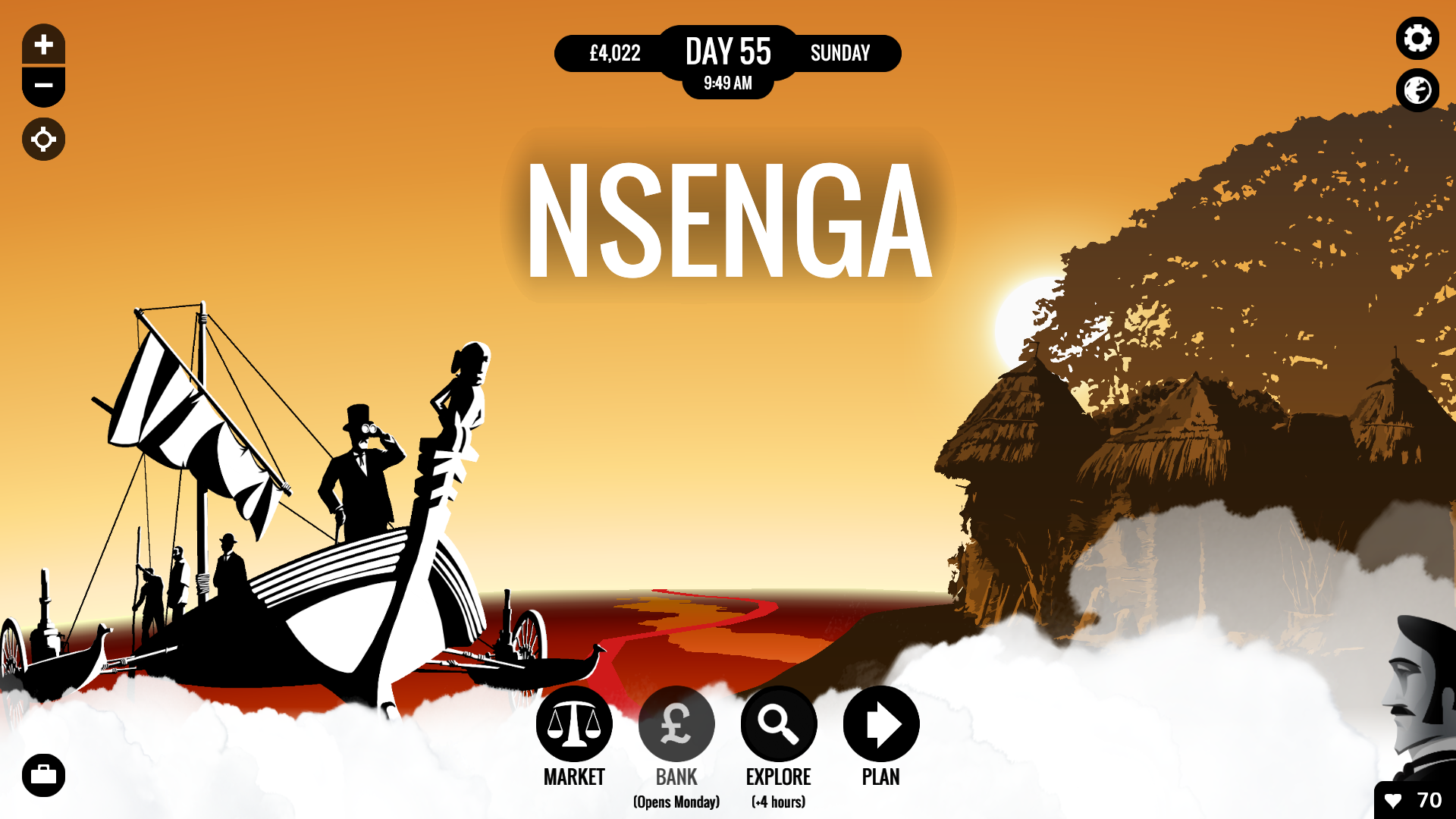 Gaming gives you new worlds to explore. 80 Days gives you a new world to circumnavigate in the titular allotted time. Well, it’s not a completely new world, it’s more like a steampunk reimagining of the Victorian era. So giant trains, automata, workers’ revolutions; that sort of thing.

You’re playing the valet to Phileas Fogg, Passepartout, and it’s up to you to ensure that your round the world trip goes as smoothly as possible. You choose the directions, the destinations, and the mode of travel. It’s also you interacting with everyone you meet along the way.

Let’s put it this way, the script here runs to half a million words, so even when you’ve finished your first adventure there’s going to be even more to explore. And the world built here is so rich and varied that you’ll be compelled to uncover every nook and cranny of it. Some games you wonder how they won so many awards, 80 Days you’ll be wondering how it didn’t win more.

What are some of your favourite games on iOS? Let us know on Facebook and Twitter @trustedreviews.