Microsoft Surface phone: 5 features we could see from a Lumia flagship phone

With the Lumia 650 rumoured to be the last phone from Microsoft with the Lumia branding, we’re already looking to forward to see where the brand’s phone division might go next.

In all likelihood, it seems like the obvious choice would be to use the Surface branding. With the Surface Pro 4 receiving rave reviews and the Surface Book continuing the high-end feel, it would be great to see a similarly built smartphone.

So, what could the Surface Phone bring? Let’s take a look and see.

1. An Aluminium and magnesium unibody design

According to this latest report, Microsoft’s new flagship phone will feature an aluminium and magnesium “unibody” design. Combined with that “Surface Mobile” name, we can’t help but imagine a shrunken Surface Pro 4. Drool.

Presumably this would set the new phone apart from Microsoft’s other rumoured Windows 10 smartphones, the Lumia 950 and Lumia 950 XL. From initial (and far more convincing) leaks, these appear to stay true to the classy-plastic Nokia heritage.

The report also suggests that the Surface Mobile will feature a USB-C port (as seen in the OnePlus 2 and the new MacBook) and wireless charging. That latter point would appear to clash with the whole all-metal design claim, unless Microsoft or its partners have made a Qualcomm-like breakthrough in that respect. Hmm.

A little more convincing is the suggestion that the Surface Mobile will come with a Surface Pen stylus, which is said to be similar to the Samsung Galaxy Note 5’s S Pen.

While we weren’t overly impressed with the latest pair of Lumia devices, they did both have at least a few impressive specs. Notably, the 5.7-inch display toting 950 XL had a gorgeous, quad-HD display that was both sharp and bright, with vivid colours and ace viewing angles.

We’d be happy if this same panel was used for the Surface Phone. Even better if there were multiple size options, a 5.2-inch and 5.7-inch one for example. 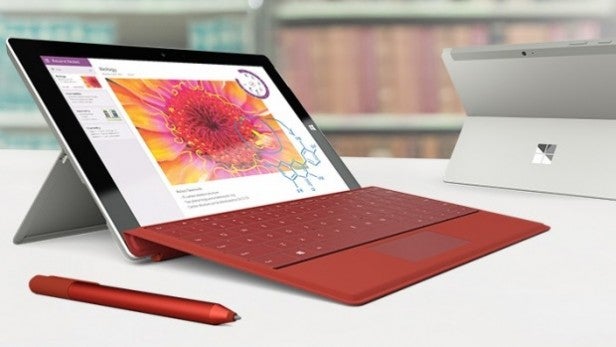 From a pure spec list perspective, this is where the real doubt creeps in.

Microsoft’s Surface Mobile is going to carry the flag for using full Windows 10 on your mobile. The idea is that you’ll be able to hook up a keyboard, mouse, and monitor over Bluetooth and the USB-C port, and it will essentially become a PC (a feature known as Continuum).

For that to become a reality, the Surface will need some serious power – and that’s the problem with these latest rumours.

The report claims that the Surface Mobile will run on a 64-bit Intel Atom x3 (SoFIA) processor paired with 4GB of RAM. We’ll buy that RAM amount, but the Intel Atom x3 is an old and pretty weedy chip by current standards, and one that was designed for low-end devices from the off.

Given that the year-old Surface Pro 3 runs on an Atom x7, we can see Surface Mobile running on something with a little more pep than the lowly x3 – even in such a small form factor. Besides the power shortfall, the x3 in its current form doesn’t appear to support 21-megapixel cameras, USB-C, or 2K displays.

So what will the Surface Mobile run on? We just don’t know, but it’s possible that Intel will announce a new range of mobile chips based on the Cherry Trail architecture early next year. That would do the trick.

4. A PureView camera based on Nokia designs

You can bet that the Surface Mobile will have a stellar camera, regardless of the accuracy of these latest rumours. How can we be so sure?

Because it has the old Nokia team working within its walls. Regardless of how you view Nokia’s efforts in the Windows Phone field, you can’t deny that the company is one of the best and most innovative smartphone camera makers in the business.

In particular, its PureView brand of cameras and use of Zeiss lenses have made for some true cameraphone champs over the years. 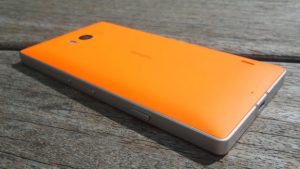 We can fully get behind the report when it suggests that there’ll be a 21-megapixel PureView Zeiss 6-lens main camera, then. After all, that’s not far of the camera spec of Nokia’s last flagship phone, the year-old Lumia 930 (which has a certain Surface-ness to it already, no?).

We’d also expect to see things like OIS and laser autofocus in there.

Apparently, the Surface Mobile will also have an 8-megapixel Zeiss wide-angle front-facing camera, which should cover those selfie snaps nicely.

The report claims that the Microsoft Surface Mobile will come with the option of 64GB and 128GB of storage.

It might sound quite brave to make 64GB the default option, but remember that this will be a truly high-end device, and one that will likely be judged against other 2016 flagships.

Also remember that such a Surface Mobile would be expected to push the whole Continuum feature – in other worlds, it will have to operate like a Windows 10 computer when hooked up to the appropriate gear. A decent amount of storage will be imperative.

Oh, and the report also claims that there’ll be microSD support, which also seems highly likely. Again, this will be Windows 10 device first and foremost, so a lack of expandable storage would be unforgivable.

Concept Image Credit: Nadir Aslam
Would you like to see a Microsoft Surface phone? What features do you think it needs to compete with the likes of Apple and Samsung? Let us know in the comment section below.