The LG G Watch holds the distinction of being the first ever Android Wear smartwatch, and has only been with us for around two months. However, that hasn’t stopped LG from following it up with the altogether funkier-looking LG G Watch R.

So what are the differences between the Korean company’s two Google-powered smartwatches? Which is the better of the two? 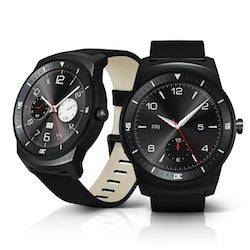 There’s a chance you prefer the original LG G Watch’s functional design. There’s a chance you simply prefer your smart watches square. But we think you’re in the minority here.
The LG G Watch R might not be quite as striking as the Moto 360 – that other round Android Wear smartwatch – but it is, well, more watch-like.

LG has evidently tried to style the LG G Watch R after the kind of pricey fashion accessories most people with a bit of spare cash already wear on their wrists. It’s even created its own virtual watch-face skins to reflect such classic aspirational design.

We’ll have to go hands-on to be sure, but from the initial snaps and specs, the LG G Watch R with its round display and chunky side-dial wins out every time in the design stakes.

The LG G Watch has a larger display than the LG G Watch R (1.65-inch versus 1.3-inch), and with its square form factor it’s arguably more practical for hosting smart applications and handling notifications too.

However, the G Watch R has a more advanced plastic OLED display. Compared to the plain old LCD G Watch, it should be more vibrant, clearer to see in direct sunlight, and easier to read from an angle – all things that are essential to any watch.

Again, we’ll have to get them side by side to be sure, but it’s looking like another win for the G Watch R. Also, at 320 x 320 resolution, the G Watch R display is going to be just plain sharper than the G Watch’s 280 x 280 resolution display. 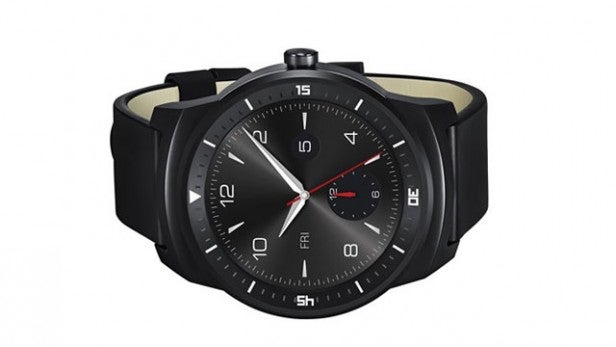 Both smartwatches come with full IP67 certification, which means that they’re dust-tight and water resistant for 30 minutes at a depth of 1 metre. Essentially, this means that both watches can stand up to even the most adverse of weather conditions, as well as a dip in the bath, sink, shower, or – heaven forbid – toilet.

That’s more than enough to run the lightweight Android Wear OS – as both watches do. 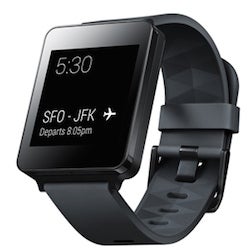 Did we say that these two watches were identical on the inside? Our mistake. The LG G Watch R actually has a bigger battery than the LG G Watch, but only just.

While the LG G Watch gets by with a 400mAh battery, the newer model sports a 410mAh power unit.

Hopefully that will address one of our main criticisms of the LG G Watch, which was that it simply didn’t last long enough in between charges. We’re not hopeful though.

There’s no difference between the two watches in connectivity terms. Both hook up to your Android smartphone via Bluetooth 4.0, and both charge through a proprietary connection.

Neither has the Wi-Fi or 3G connectivity that we’ve seen in some of Samsung’s work like the Samsung Gear Live 2 Neo for instance. You need a smartphone to push notifications and the like to these smartwatches. 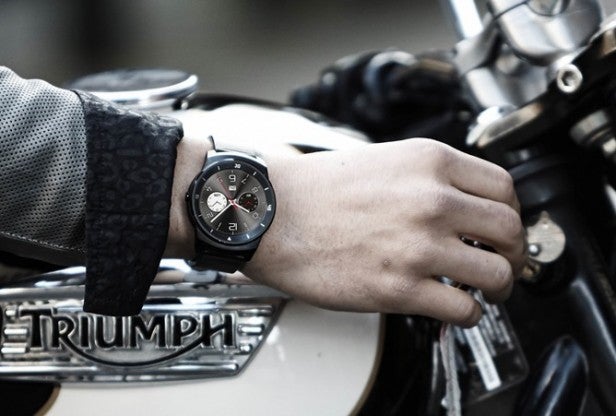 The LG G Watch R looks to be a surprising step forward from the LG G Watch in terms of looks and design, given the mere two month gap that separates their arrival.

Of course, the LG G Watch has likely been floating around in the background as a reference design for a good deal longer, so the G Watch R evidently comes from a much more advanced position.

While the two watches appear to run on much of the same components, the LG G Watch R’s stylishly understated round design and promise of a vibrant OLED display make it the clear winner at this early point.

Of course, if battery life proves to be demonstrably worse, we might change our minds. Here’s hoping the opposite is true.

Either way, we’re looking forward to finding out more when the LG G Watch R is given a public outing at IFA 2014 next week.