It’s been a long week here at Trusted Reviews and that’s primarily due to the folks over in Cupertino.

The iPhone 11 announcement came and went – delivering a new set of pricey phones with some snappy new features. There was just about enough time for Apple’s fellow industry giants Microsoft and Google to make their mark too. 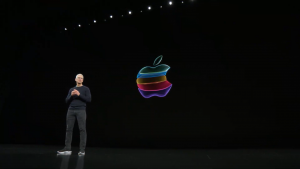 Apple had one of its busiest iPhone launch events ever – with plenty to announce alongside its new mobile devices.

In the phone lineup, there was the iPhone 11, iPhone 11 Pro and iPhone 11 Pro Max. Potential names of the new iPhone 11 lineup led to quite a bit of debate ahead of time. What we were given did largely match up to the general consensus. A lot of the uncertainty seemed to revolve around if Apple would genuinely use “Pro Max” as the new naming convention, but that’s exactly what it did.

When it comes to the phones themselves, there wasn’t a whole lot to write home about, but you likely won’t be disappointed if you’re an Apple user in need of an upgrade. The iPhone 11 is firmly an iPhone XR 2 in everything but name – bringing the dual-camera setup of the iPhone X/iPhone XS down to the cheaper iPhone.

As with all new iPhone releases there is a new processor – the A13 Bionic chip – and the latest update onboard, iOS 13. However, the feature that got the most attention was the trypophobia-inducing iPhone 11 Pro and Pro Max triple camera setup.

The three cameras allow for Apple’s new Deep Fusion technology to works its magic. Deep Fusion combines the benefits of the wide-angle, ultra-wide and telephoto 12-megapixel sensors with image-processing to create a higher quality image.

Outside of the iPhone, there was a new Apple Watch 5. The watch was a fairly mild update to the Apple Watch 4  in terms of looks and specs, but it attracted praises for its new Always-On display. The Series 5 screen will stay on all the time, but will dim when not in use and increase when the watch is raised or tapped on.

Apple’s flagship tablet got a crowd-pleasing update, too, in the iPad 7  – bringing several iPad Pro features down to a much cheaper price. 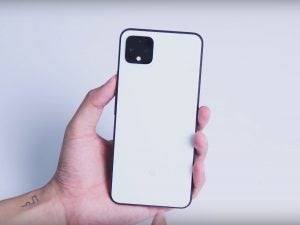 We’re expecting to see the official unveiling of the Pixel 4 and Pixel 4 XL sometime in the next month, but – to be honest – it feels like we’ve seen the whole phone already.

This week saw the biggest leak yet, with two videos featuring hands-on with the upcoming phones:

Both videos present what appear to be prototypes of the Pixel 4 lineup, with the backs appearing to be plastic rather than the expected glass rear.

The videos match up with most of the previous leaks we’ve seen, showing the Pixel 4’s new colour layout. The Pixel 4 phones will have one colour around the frame then a different colour on the front and back – rather than the two-tone style of a previous couple of models.

A rather brave colour is shown in the second video – Pixel 4 looks set to come in a bright orange version, which is a bold choice indeed. 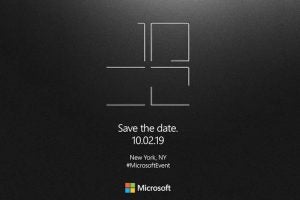 Just as the iPhone madness has begun to settle down, Microsoft swooped in to officially announced a Surface event for the 2nd of October.

The event is set to be livestreamed on Twitter at 3pm BST (10am EST). The preview image posted by Microsoft on Twitter doesn’t give a whole lot away regarding what we might see at the event. Instead,  it seems to hint at a New York setting with what looks like the Empire State Building to the bottom right.

Microsoft could be set to unveil a huge new product at the event. There is a lot of speculation that the event could see the launch of Microsoft’s new device codenamed the Centaurus – rumoured to be a tablet/laptop hybrid with a pair of screens. Microsoft is reportedly targetting a 2020 release date for the device so an announcement around about now would make a lot of sense.

Along with the Centaurus rumours, there have been whispers of Microsoft launching a Surface-branded Bluetooth speaker. The Surface line consists of some stylish premium products and a speaker would likely be a nice addition to any room – unless it comes with Cortana that is.